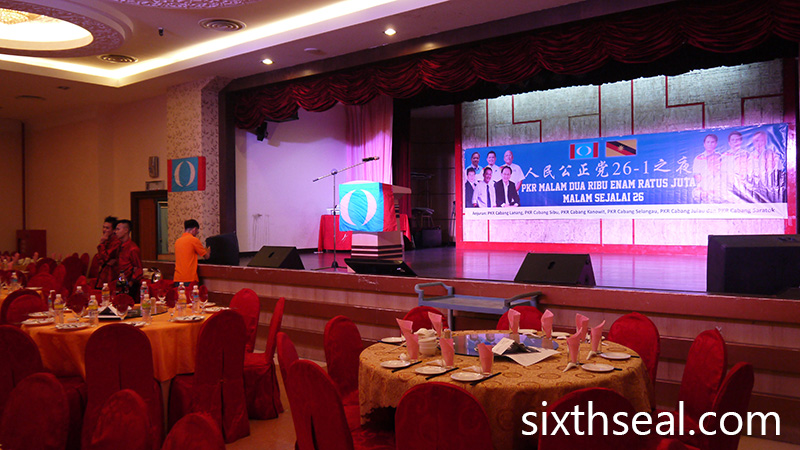 I was invited to come along for dinner last night at Good Happiness Restaurant in Sibu and listen to the PKR politicians speak. This is (as I understand it) a fundraising dinner of sorts – each table has paid a minimum of RM 400 for campaign contributions. Parti Keadilan Rakyat (PKR) is one of the opposition parties in Malaysia. 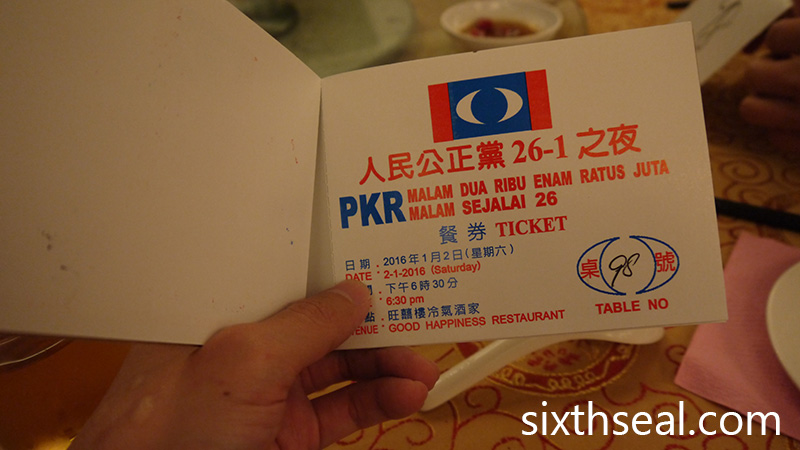 I’ve always been very transparent in my political leanings – I voted for DAP (Democratic Action Party) in the last general election and make it a point to go for Bersih gatherings. I thought it would be interesting to hear the speakers and see the 2016 Sarawak State Election lineup. 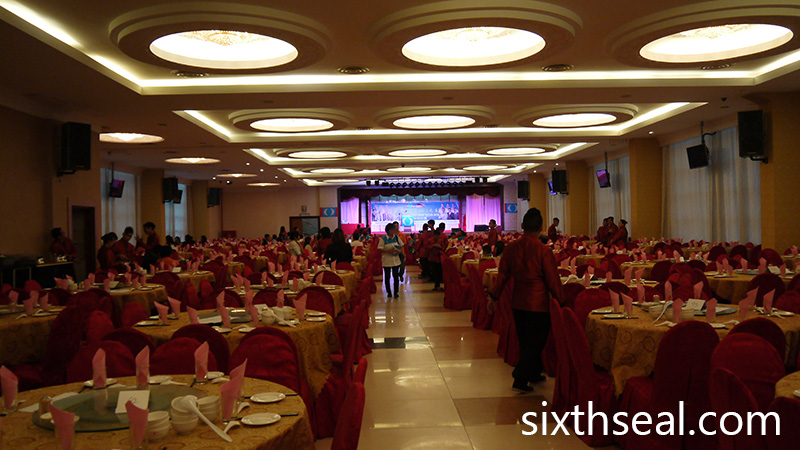 Good Happiness Restaurant was very packed, they had the entire second floor with over 100 tables. There were provisions for halal diners as well with outside catering. 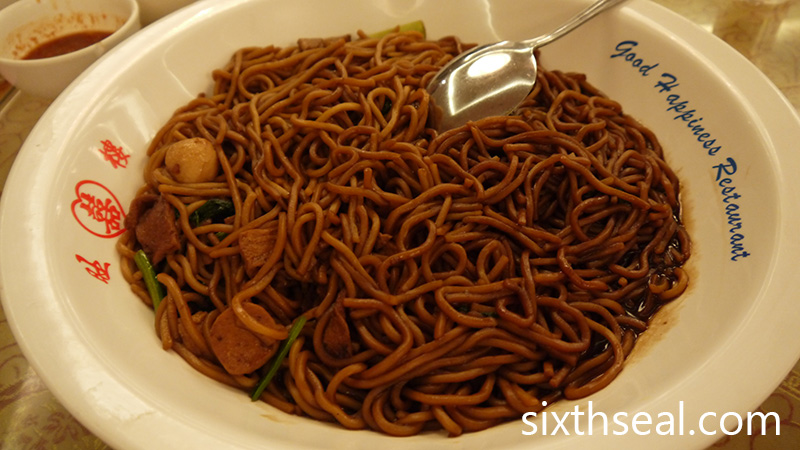 Foochow Fried Noodles
This was the first dish that came out. Good Happiness Restaurant does decent Foochow style fried noodles, I quite like it. I think almost everyone was hungry at this point so it was smart of them to start with a carb heavy dish. 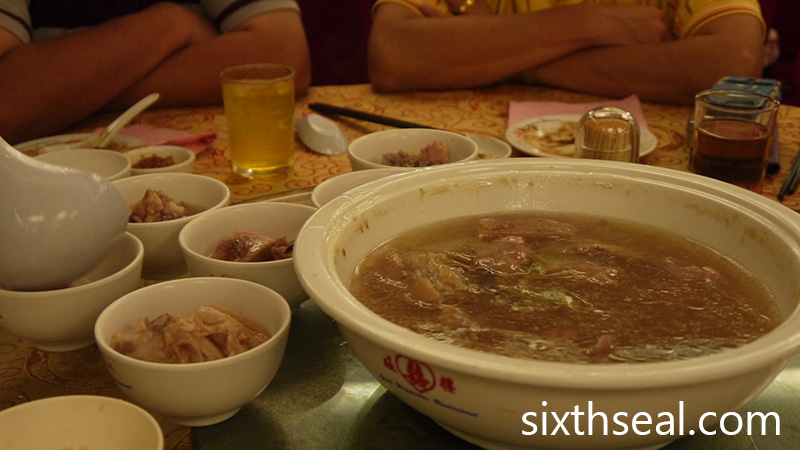 Sup Babi (Pork Belly Soup)
I have honestly never had anything like this before! It’s pork belly and leg that’s been boiled with pickled vegetables and served as a clear broth. It’s a nice soup but the sheer amount of adipose tissue is staggering…the abundance of unrendered pork fat makes you feel a bit jelak after a few bites. 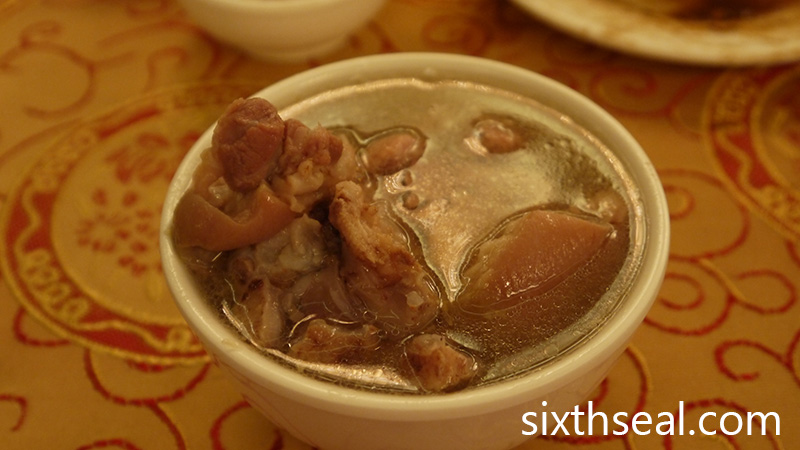 Interesting execution though. This is a very Iban style of cooking – simple and wholesome (in the sense that it’s filling and slightly oily). 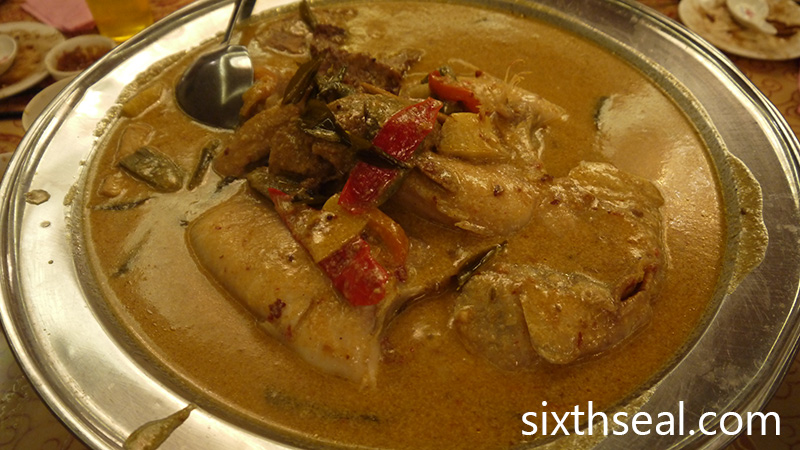 Curry Fish Head with Steamed Rice
This was the third dish that came out. The menu for the night seems quite starch intensive, which I guess is appropriate for massive events like these. It’s nowhere near as good as places like Sheraton but it’s done decently enough. 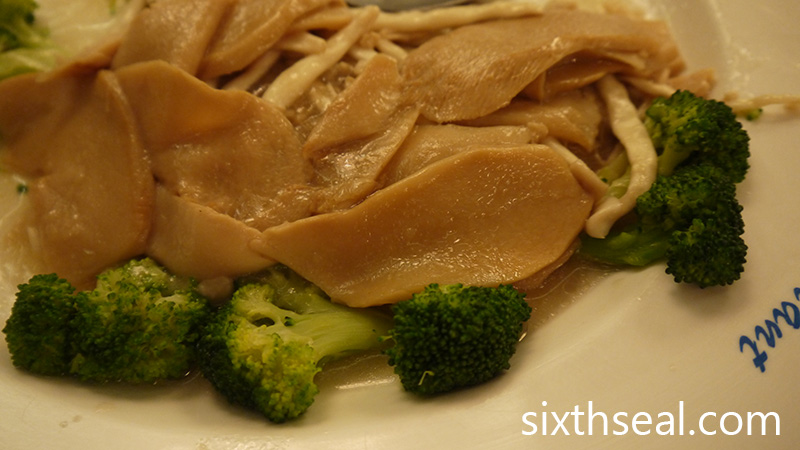 Abalone with Mushrooms
This is a classic Chinese banquet dish with abalone slices and enoki mushrooms stir fried and stewed, surrounded by heads of broccoli. It’s not very tasty but food is beside the point here – people come for the politics, the food just serves as a backdrop and a vehicle to raise funds. It’s purely secondary and I don’t think anyone minded. 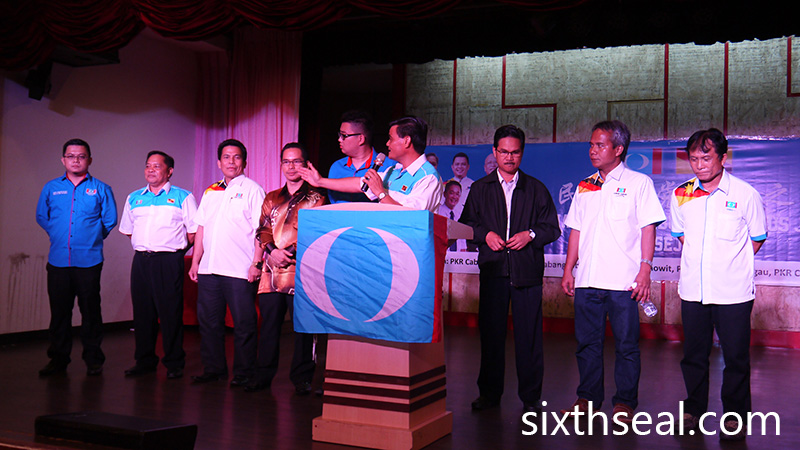 This is the Central lineup for 2016! These candidates would be the ones contesting in the upcoming Sarawak State Election 2016 to be held in four (4) months or so. 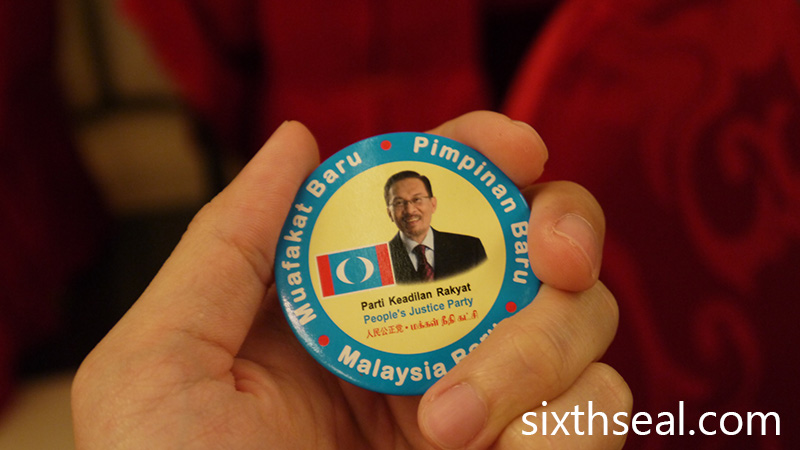 I got an Anwar Ibrahim (leader of PKR) button for contributing to the campaign. There were people going around with donation boxes – these will go towards campaign funds so I was happy to give to the opposition coalition. 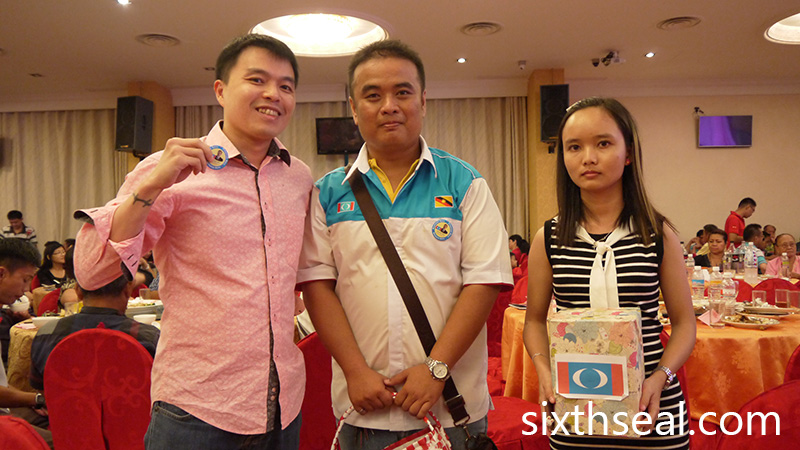 It was an interesting dinner. I felt that some things could have been done differently to make things more conducive e.g. less ceramah (political speeches) would be nice since everyone in attendance is in agreement with you, it’s a little like preaching to the choir. I also think more mileage could be had from getting the upcoming political candidates to speak to and connect with people at each table – perhaps next time eh? Good luck! 🙂