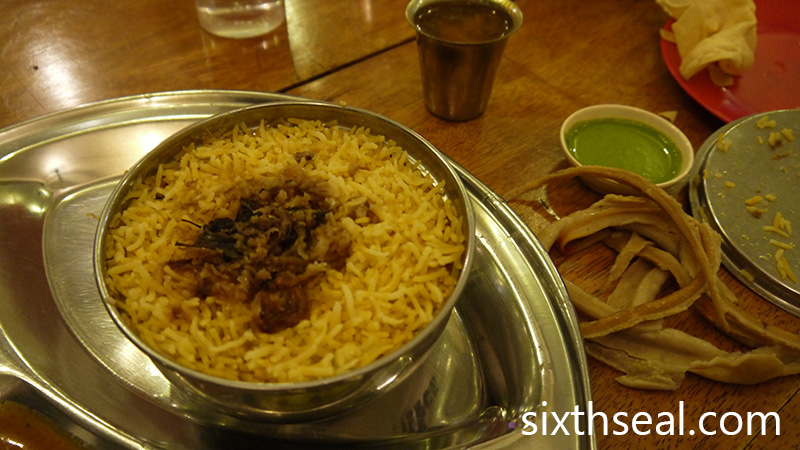 Fierce Curry House has consistently won awards for best Indian in the past few years. They have seriously good (and authentic) Hyderabadi dum biryani and I’ve been craving for a proper biryani meal so I popped over after my Invisalign appointment at Imperial Dental Bangsar. Fierce Curry House is just a 5-minute drive from the Telawi area. 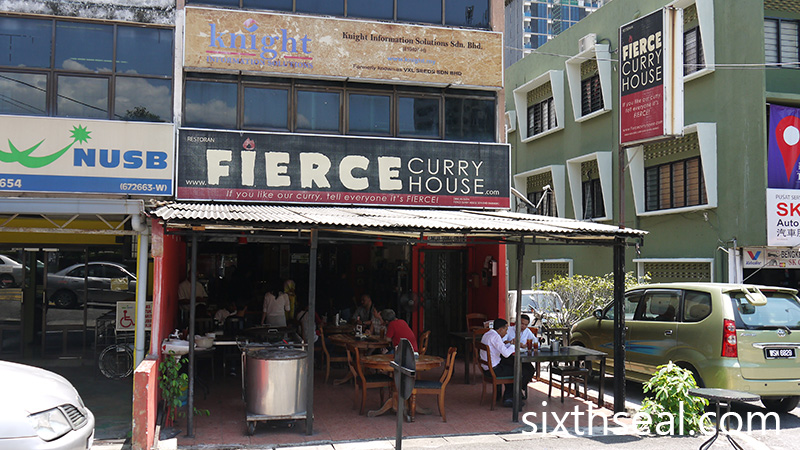 I’ve been here a couple of times, usually by myself, since my better half doesn’t like Indian food. I suggested eating biryani over the weekend and she wasn’t keen on it at all so this is something that I enjoy alone. I normally get my “biryani” fix at random mamaks around my place but I wanted something genuine this time. The “biryani” served at nasi kandar places is just pilaf – a completely different dish. 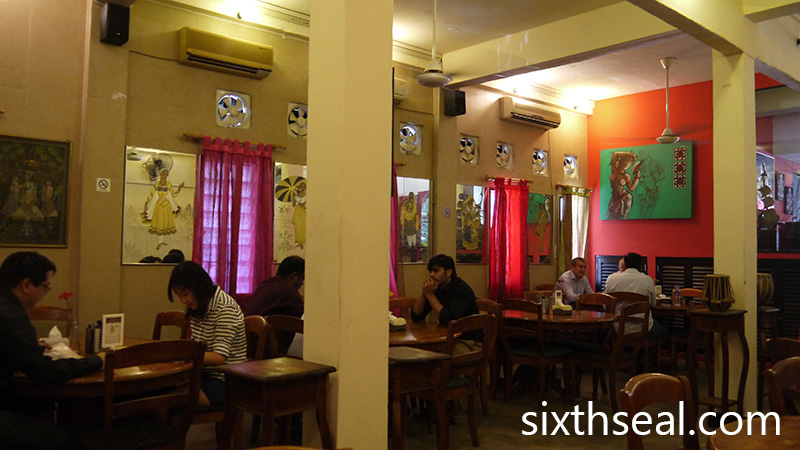 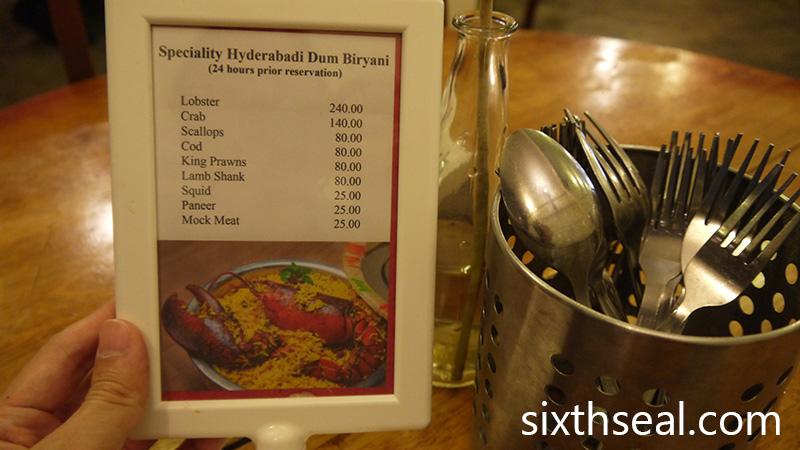 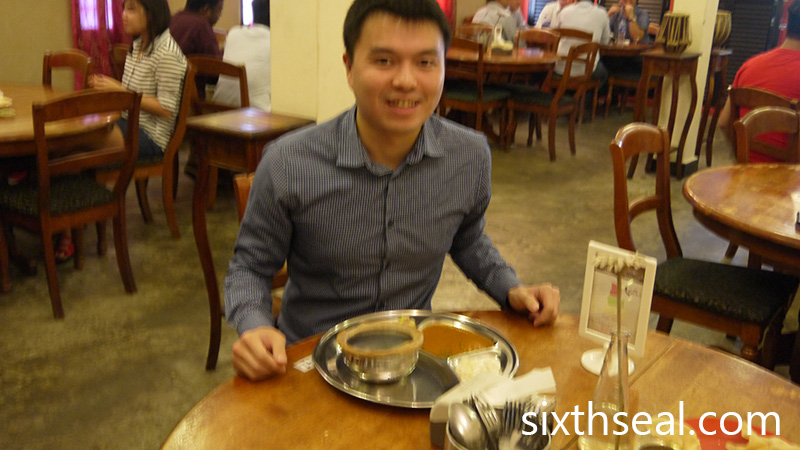 However, all those meals need a 24-hour turnaround. Fierce Curry House only makes two types of biryani which is available every day – Chicken Dum Biryani (RM 17) and Mutton Dum Biryani (RM 19). It’s their flagship and you’ll see waiters carrying stacks of the dough-wrapped biryani metal containers out of the kitchen. I’ve tried both and the mutton version is a lot better. Their chicken is boneless thigh so it can be dry at times. I have a higher standard since the biryani place I go to when I was young served whole bone-in thighs. 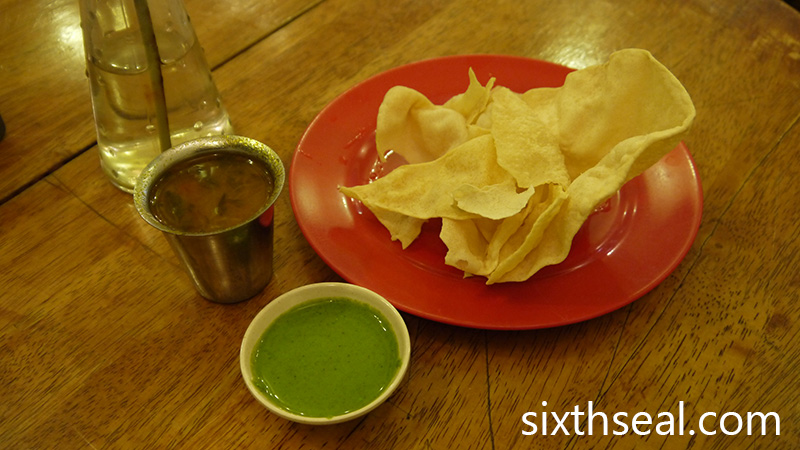 You’ll be presented with complimentary papadum when you’re seated. 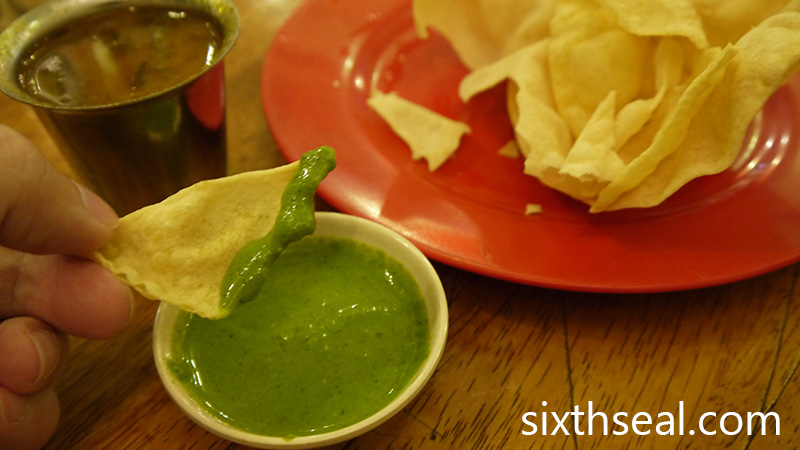 It’s paired with a deceptively spicy dip. The bright and pleasant green looks like mint but it’s actually chillies. Very hot ones. I also enjoyed the tiny shot of soup called rasam which they provide as an amuse-bouche – it’s mouth-wateringly sour, with lots of vegetables and tamarind inside. Perfect to whet your appetite. 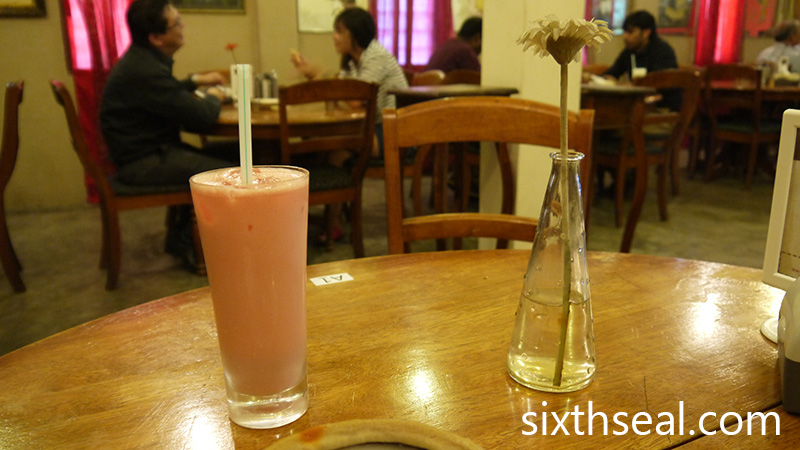 I ordered a Watermelon Lassi (RM 7). It’s the lesser known cousin of the Mango Lassi and it’s fresh – the lassis here are made with freshly squeezed juice. Fierce Curry House has a wide range of lassis, I can recommend the Salted Lassi and the Masala Lassi if you want to try something different. 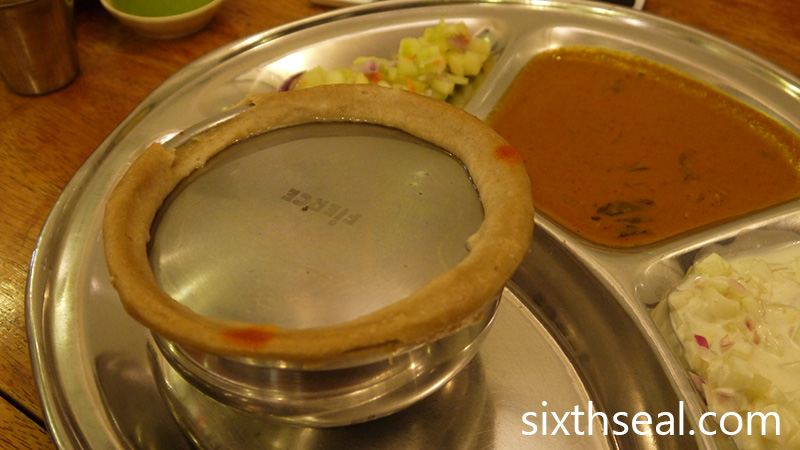 The biryani container comes sealed with dough around the metal lid. This locks the moisture in during the cooking process. 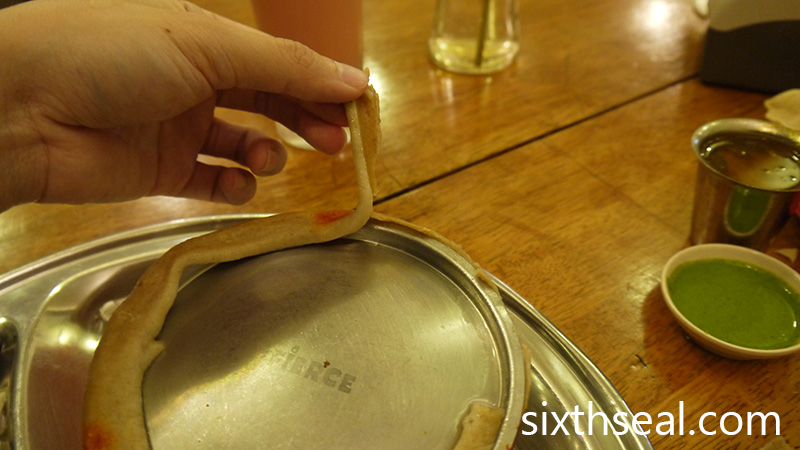 You have to peel off the dough before you can dig into the biryani. 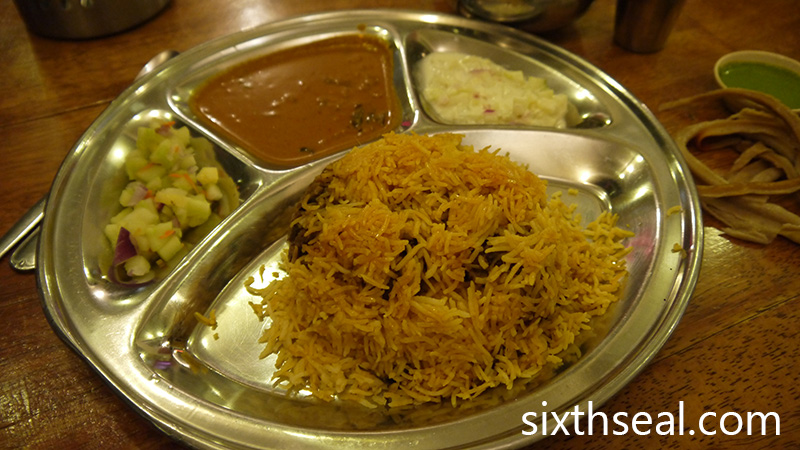 I went for the Mutton Dum Biryani (RM 19) which is served with Mixed Raita, Vegetable Achar and Gravy. There are pieces of mutton inside the wonderfully spiced biryani rice. The long grained Basmati rice is cooked to perfection – it’s fluffy and you can see the individual grains. It’s delicious! I liked the raita too, the cool yoghurt goes very well with the rich and salty biryani rice. 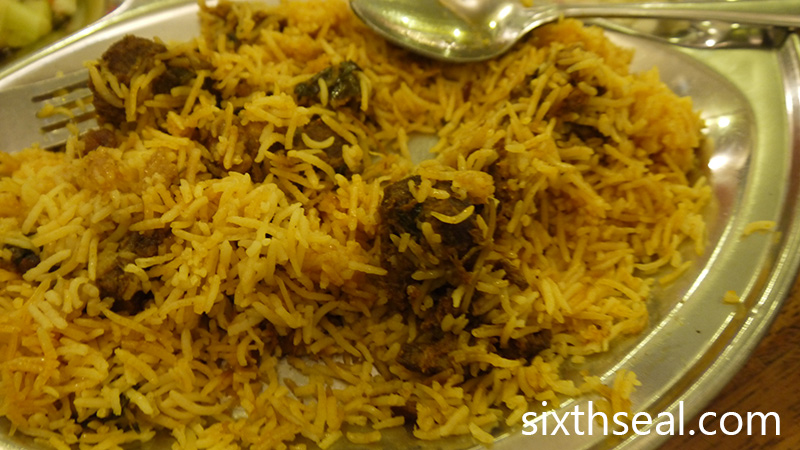 I highly recommend Fierce Curry House if you’re craving for an authentic Hyderabadi dum biryani. The entire meal just cost RM 26. It’s a very reasonable lunch meal for the quality of food. It’s always packed though so you might have to come at off-peak hours and parking can be a pain in this area. There is a sister outlet in Publika called Fiercer by Fierce Curry House but I feel like the original outlet is still the best. Service is outstanding too, which is a rarity except in high-end Indian restaurants.