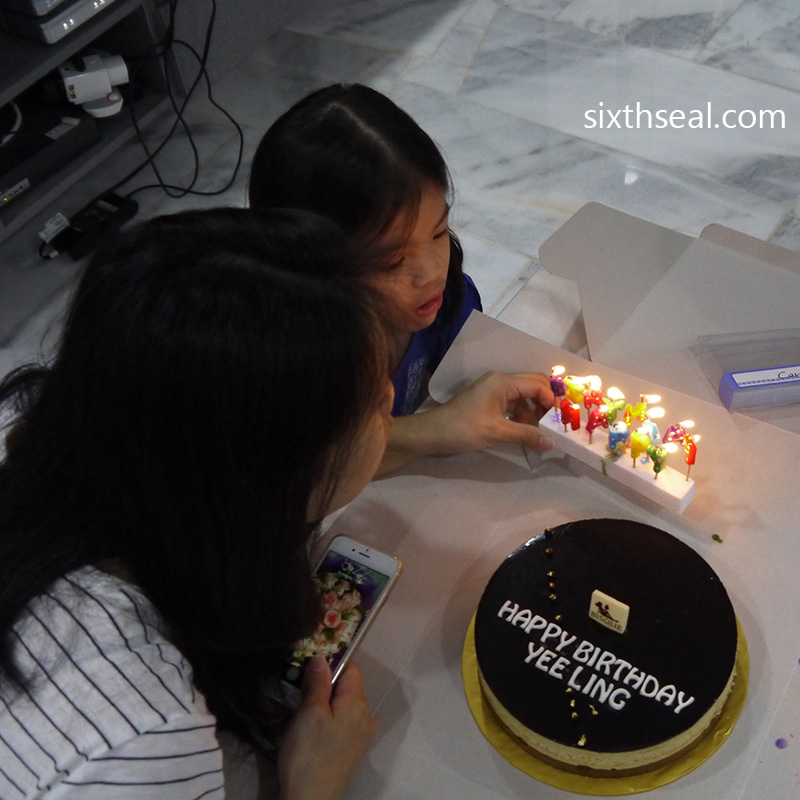 My better half just celebrated her birthday yesterday on the 13th of April. I got her a huge box of presents and we had sushi and birthday cake before going out shopping for Japanese snacks. She told me she wanted to get Japan imports for her birthday and we spent a few hundred dollars on that alone. However, I also packed her a gift using back the box she gave me on my birthday (which I originally gave to her). 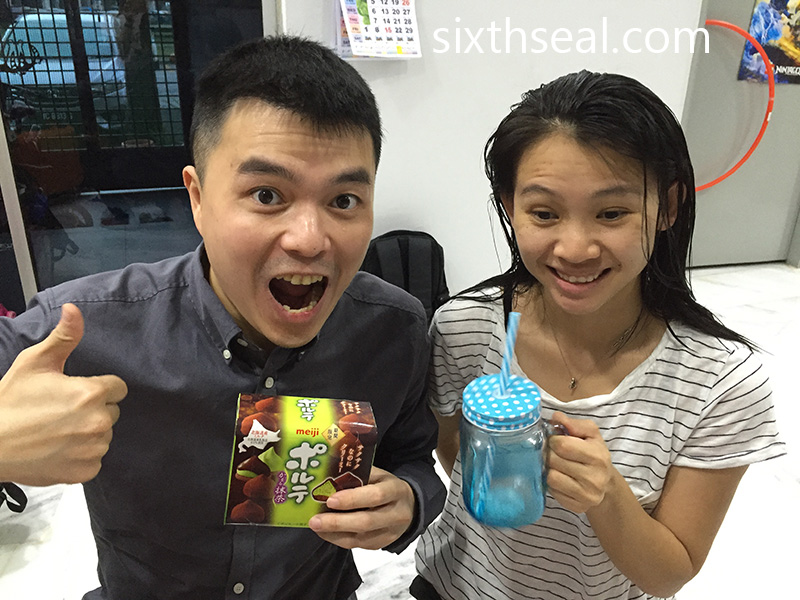 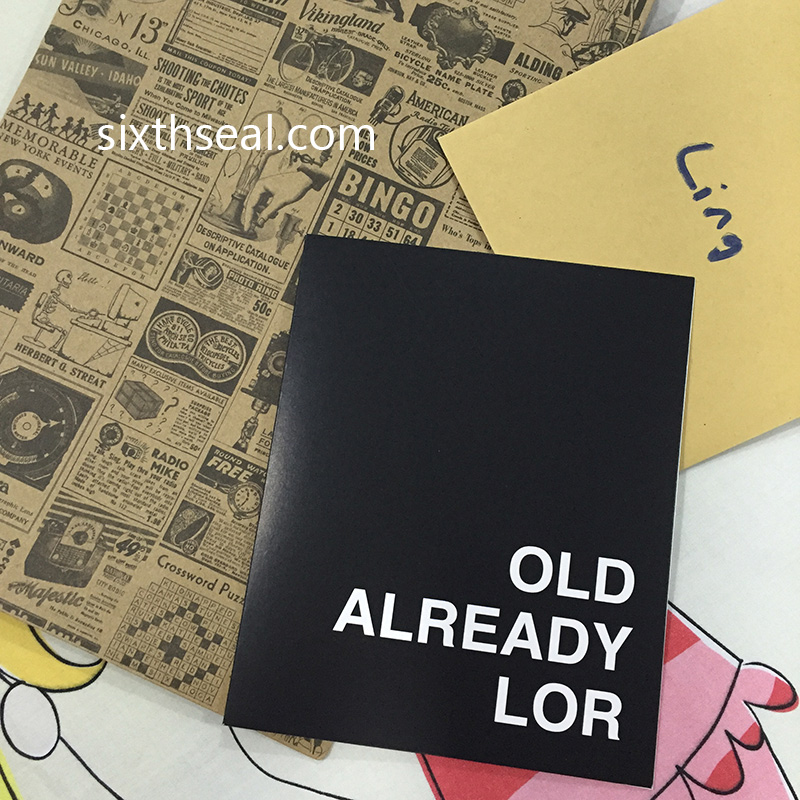 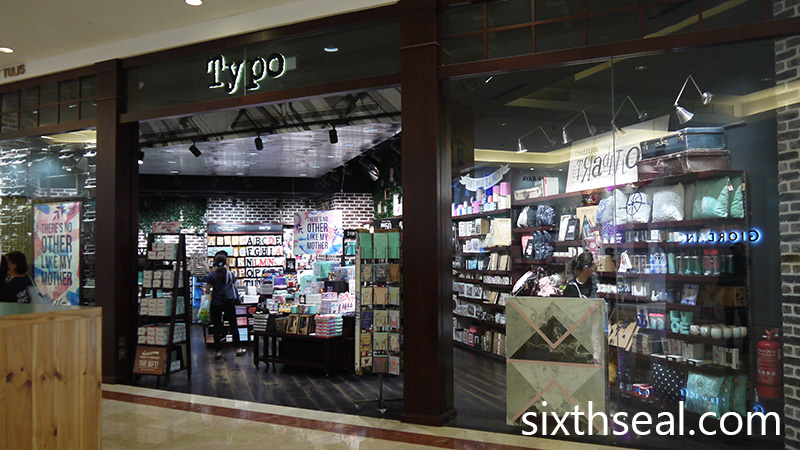 It was from Typo in KLCC. I always get her serious cards so I thought I’ll go the funny route this time. 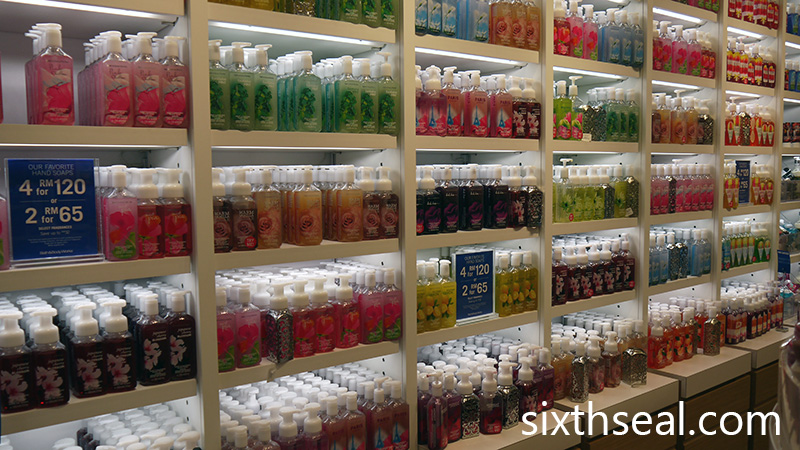 I also got her liquid hand soap since she has been using the same one for over a year. 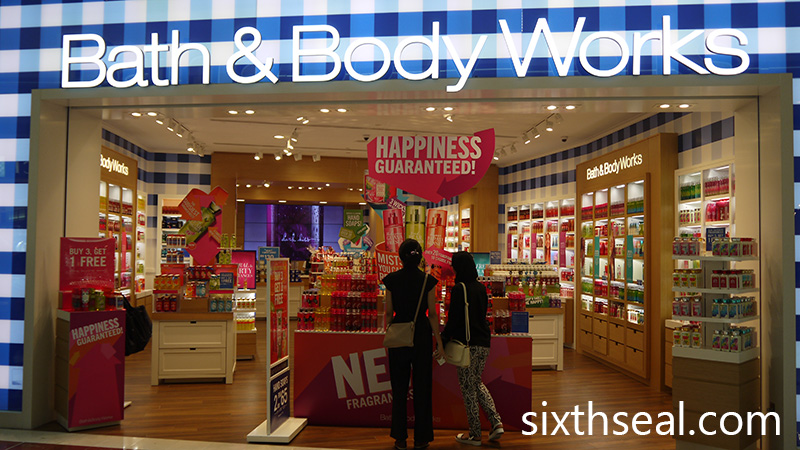 I got two different ones from Bath & Body Works. 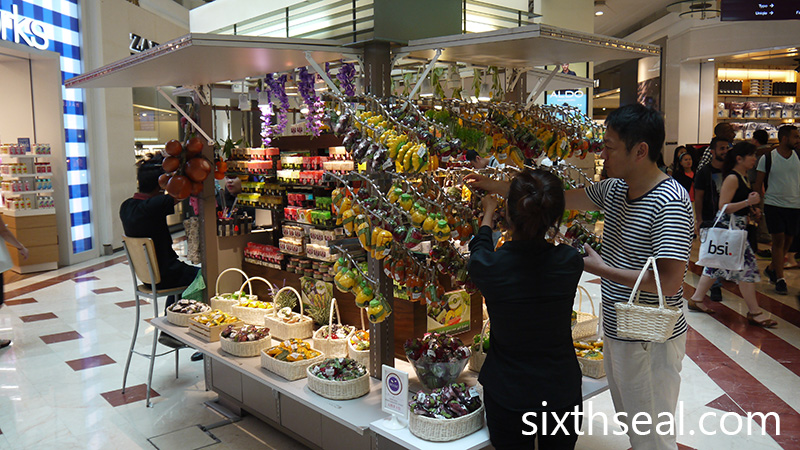 There was a booth outside selling fancy handmade soap and I thought they smelled really nice. The promoter told me you can also hang the soap-on-a-rope in a car so it acts like an air freshener so I got one sliced like a mango for her. She likes things like these. 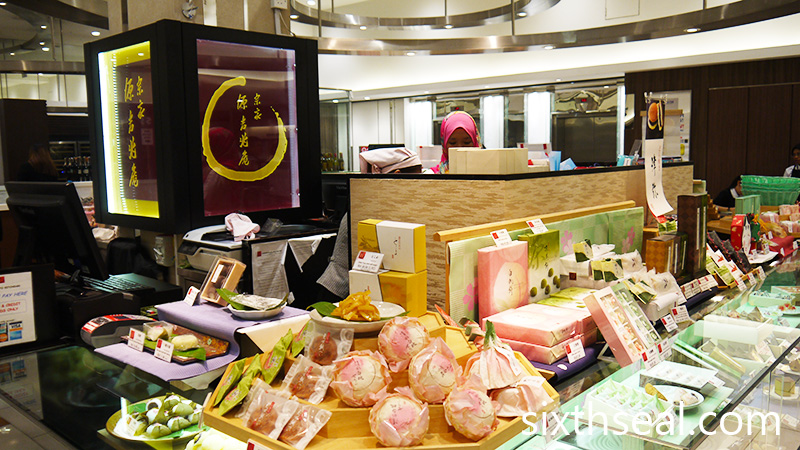 I also went to Isetan to get Hakuto jelly (白桃ゼリー). This is a dessert they make with hakuto peaches from Okayama and the mineral rich spring water there. We’ve seen this before but my better half didn’t want to get it coz it was quite expensive. Hakuto jelly is costly due to the price of the peaches which are used to make it. 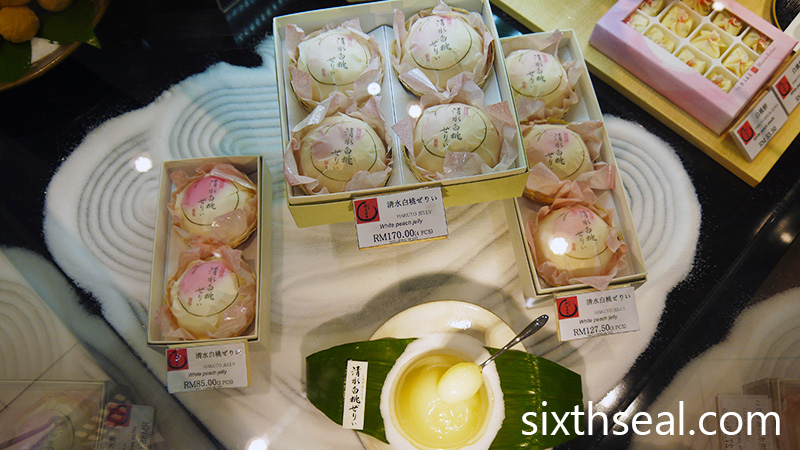 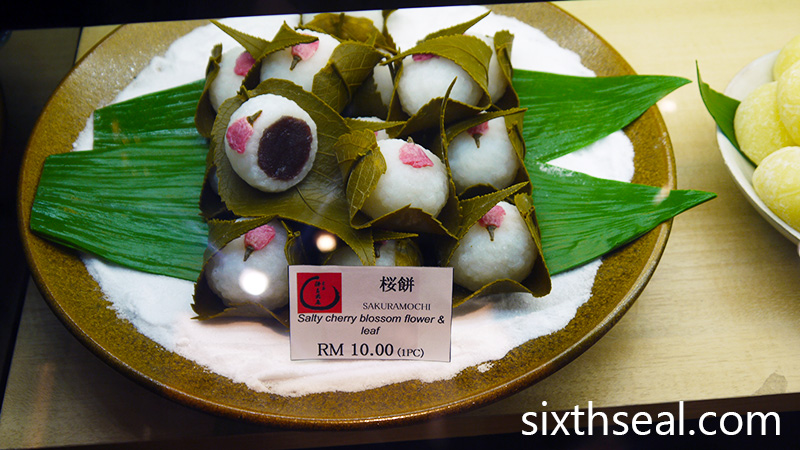 I also managed to get sakura mocha. Haha! We ate this exact same thing in Hokkaido and it was very good. The ones here are imported from Japan and made using sakura cherry blossom flowers and leaves too but my dear didn’t like them as much. She much preferred the ones we had in Sapporo. 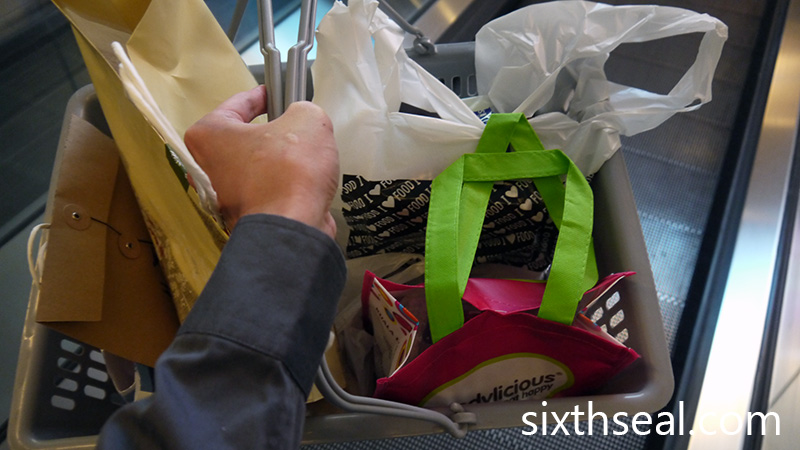 Oh, I got so many things that I took the shopping basket from Isetan to my car. I didn’t even realize I inadvertently took it out until I almost got to my car. Oops!

I got home and packed all the birthday gifts into the box – the mason jar she likes, a jar of Reese’s peanut butter and chocolate spread, matcha chooclates etc. 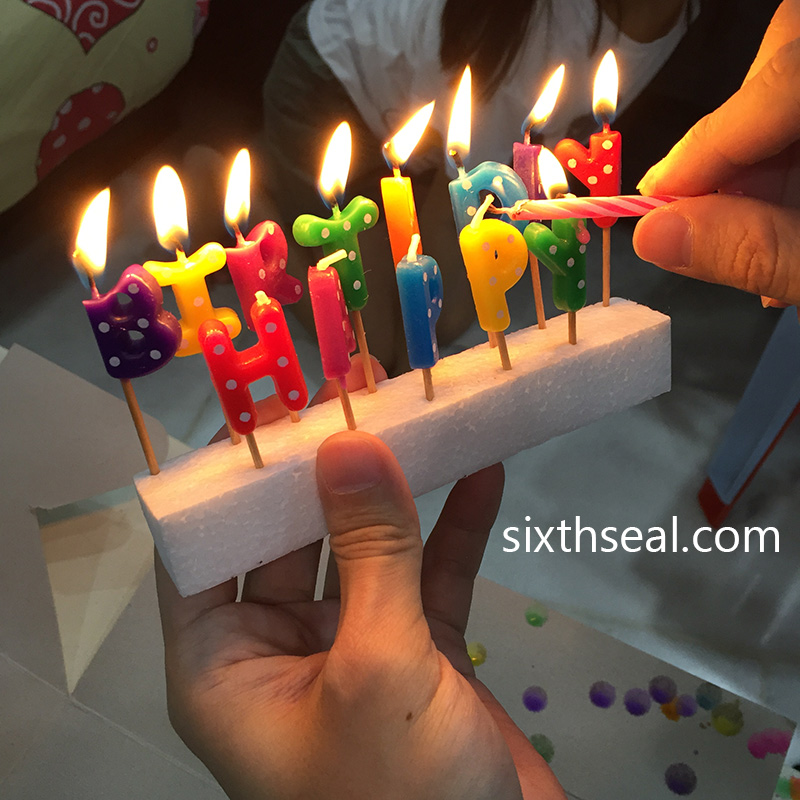 I had gotten a row of candles that goes “Happy Birthday” for RM 13 too. I thought it’ll go well with the cake. 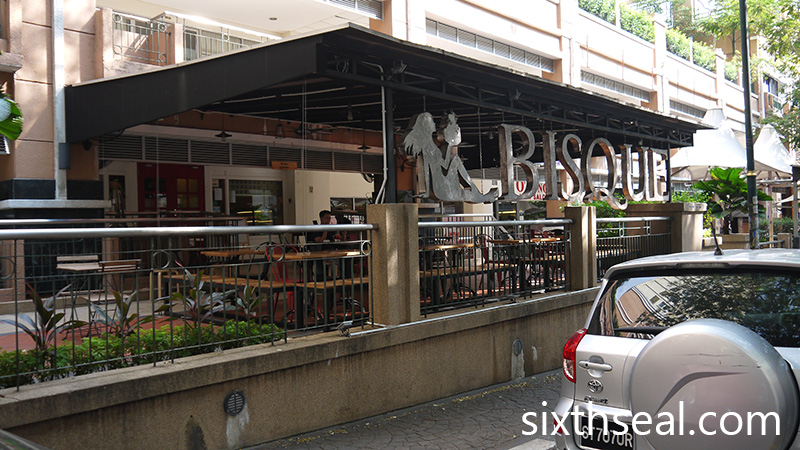 The cake is from Bisque. I had ordered it a week before and this one is called The Michelangelo. The base price is RM 218 but you can customize it as you wish and the final bill will be sent to you. I added a lot of fondant writing. 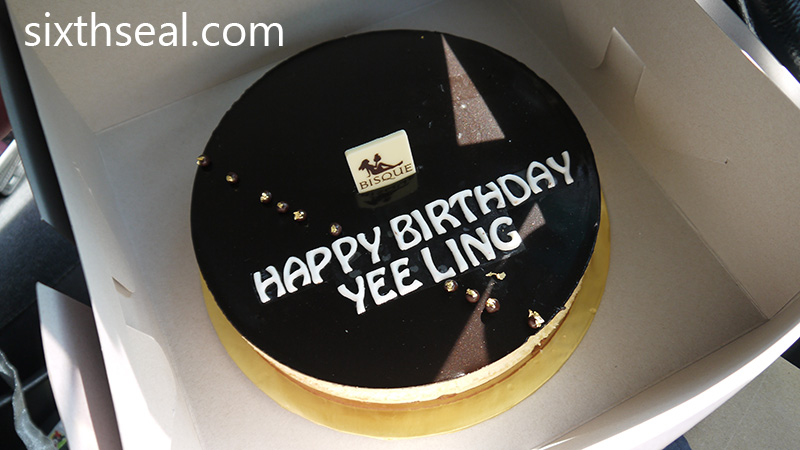 The cake is really good! It’s made with feuilletine, Valrhona Jivara chocolate and hazelnut paste as the base so there’s a crunchy textural element. The top is vanilla bean cake with chocolate pearls and there’s also Valrhona Dulcey blonde mousse mixed into the layers. I like how they put gold leaf together with the chocolate pearls. 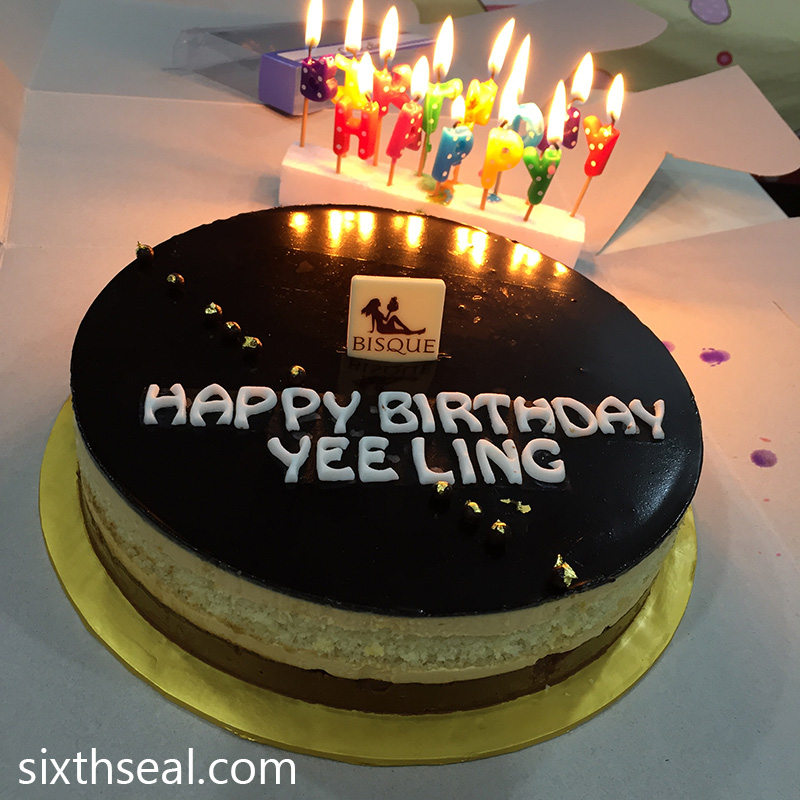 It tastes like Ferrero Rocher as the base, with the same texture sensation. The fluffy and light vanilla bean cake is a nice pairing since the base is really sweet. The blonde chocolate mousse makes it very rich and easy to eat. It’s one of the nicest birthday cakes I’ve had and we all enjoyed it, including the kids. I even had some for supper. 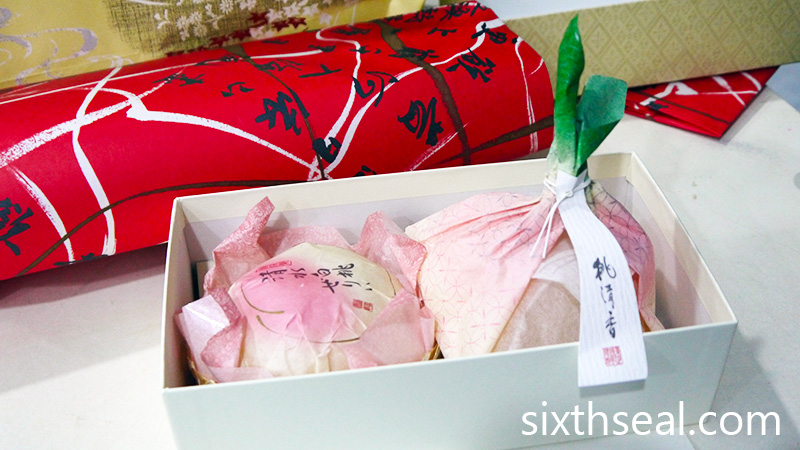 She unwrapped the presents (the Shimizu Hakuto Jelly was wrapped really nicely) and we headed out to Okashi World with the kids to buy Japanese snacks. They have a promotion where you can buy up to RM 200 on your birthday and get 50% discount so we took advantage of that. I ended up spending RM 380+ there but it was worth it coz she really liked the Japanese imports and the kids loved the candy too. 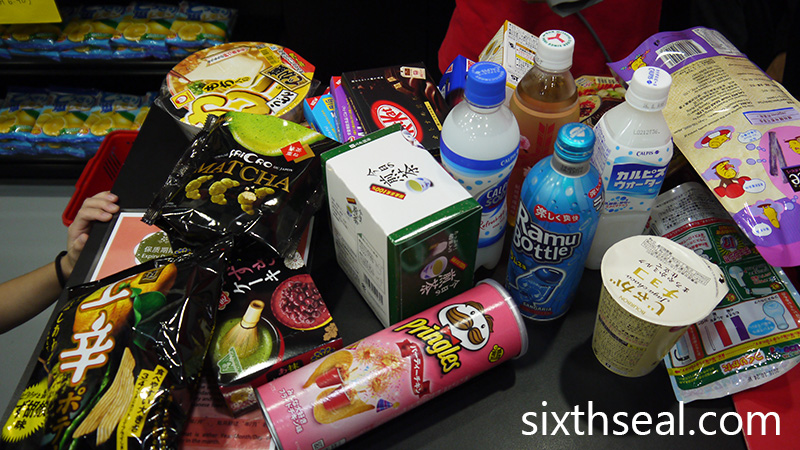 It was a great birthday that we spent together with the kids at home. Happy birthday dear! I look forward to making more great memories with you. Love you always! <3