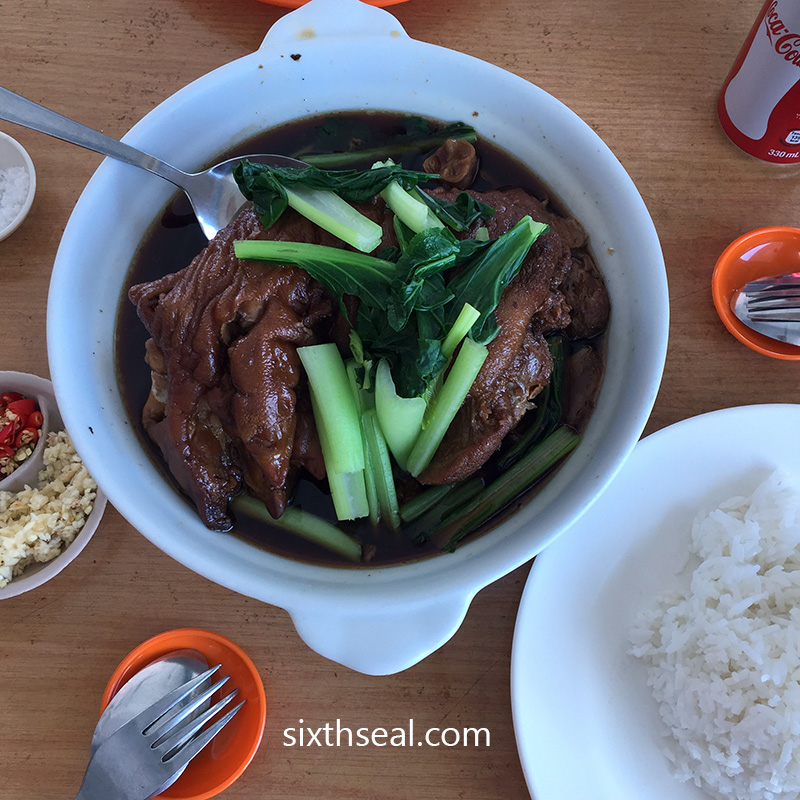 This is probably the most famous restaurant in Sungkai, Perak. It has a whole range of freshwater fish and prawns but they’re also well known for their righteous braised pig trotters. It’s about 1 1/2 hours from Kuala Lumpur itself and we popped in for a meal while coming back from Penang just now. My better half wanted to eat durians so I drove to Balik Pulau so she can feast on the King of Fruits to her heart’s content. 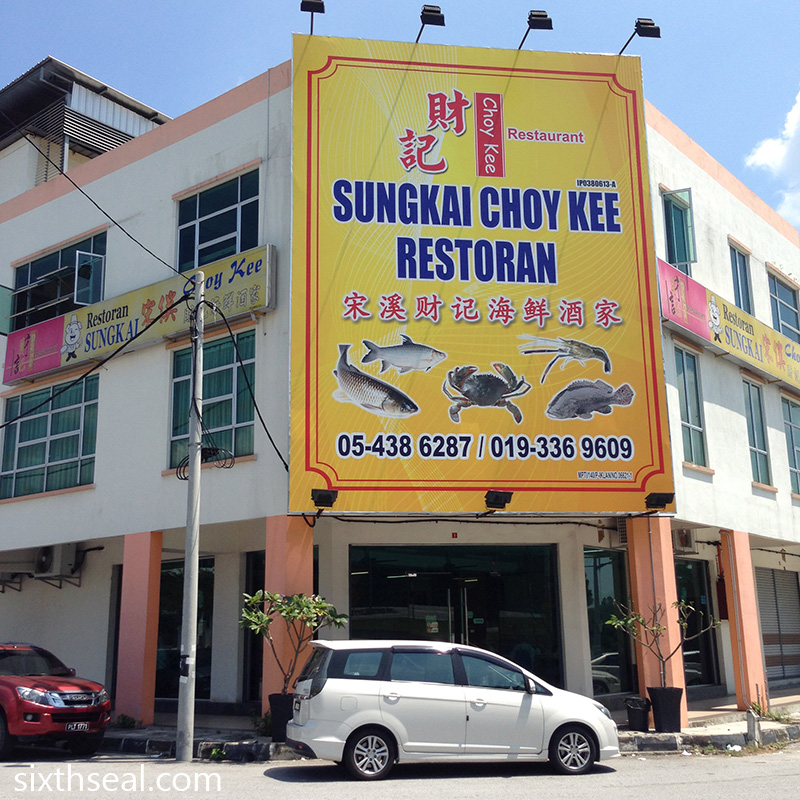 I haven’t even heard of Sungkai before today. I thought my dear had misremebered the name of sungai (river in Malay) when she told me about Choy Kee. I was surprised to find out that she’s been here before, with her parents, and they loved the pig’s trotters here. I had an idea in my mind of what pig trotters are – they’re basically the feet, right? Well, not here. The portion of pig trotters they serve include the hock so it’s basically a pork knuckle with trotters attached. 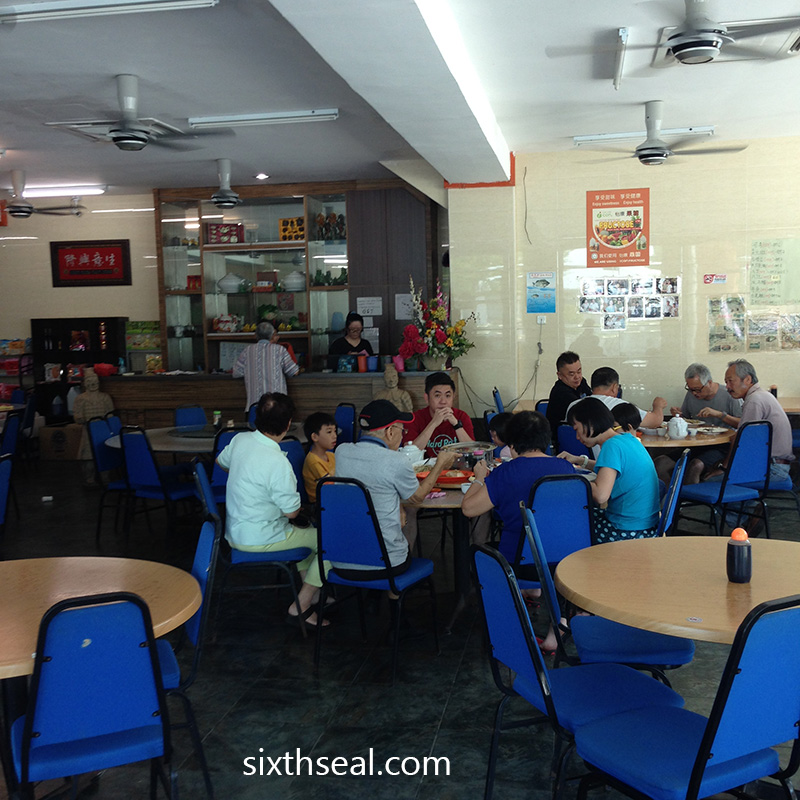 The waitress also came out with a dish of ikan terubok. Apparently, the owner mistakenly thought I had ordered it, as did my dear. I basically nodded and said “Okay” (as in, I understand) when he explained how they prepare their terubok fish – how it was fried and then braised for a very long time so all the bones are soft. I was very full so I sent it back. I would normally have eaten it out of curiosity. I do like toli shad. But no means no and silence does not mean consent. 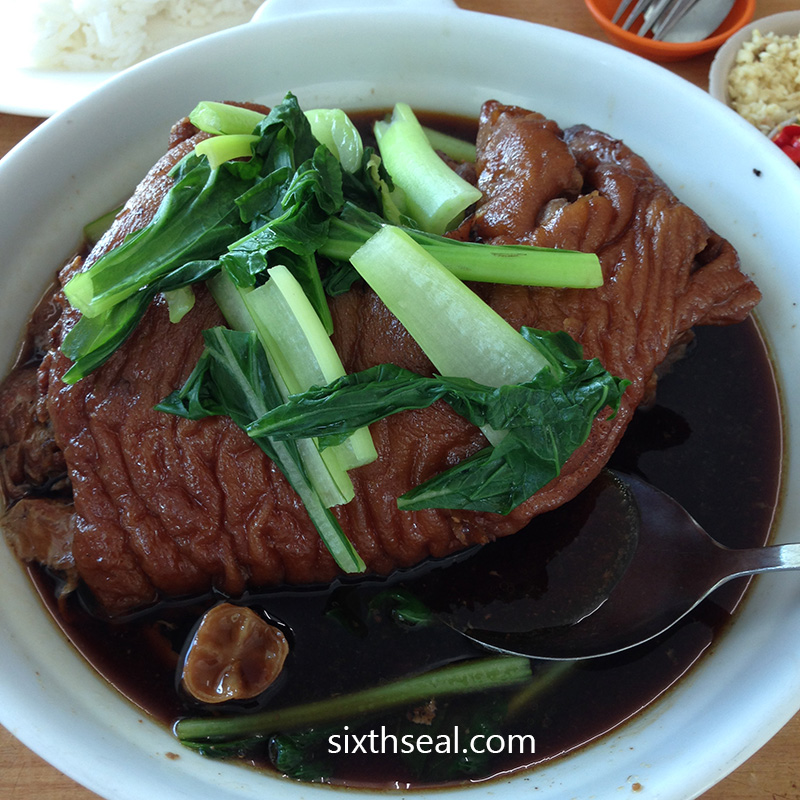 My better half had rice with the Braised Pork Trotters (RM 38) and she said it was very good. She finished her rice anyway. I also had a few pieces but I was not impressed. There’s nothing wrong with the pig trotters. I guess they’re quite good if you like this style of preparation. However, the thinness of the gravy put me off. It’s similar to bak kut teh in terms of taste and viscosity. The skin is wrinkled too, like it’s been fried before braising. 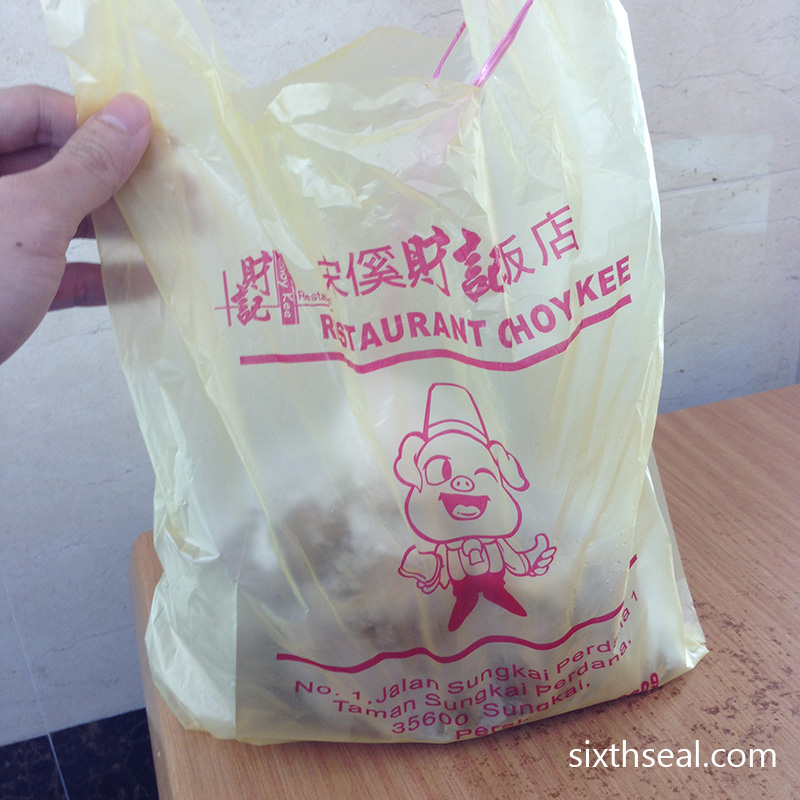 Don’t get me wrong, this is purely personal preference. I suspect being stuffed from our gastronomic adventures in Penang had a thing or two to do with it too. Maybe I would like it more if I had been hungrier. I don’t know. I usually like pig trotters. I got a portion to go for my dear’s parents too, since they like the braised pork trotters here. Choy Kee will even provide you with a frozen one upon request, ready for takeaway. 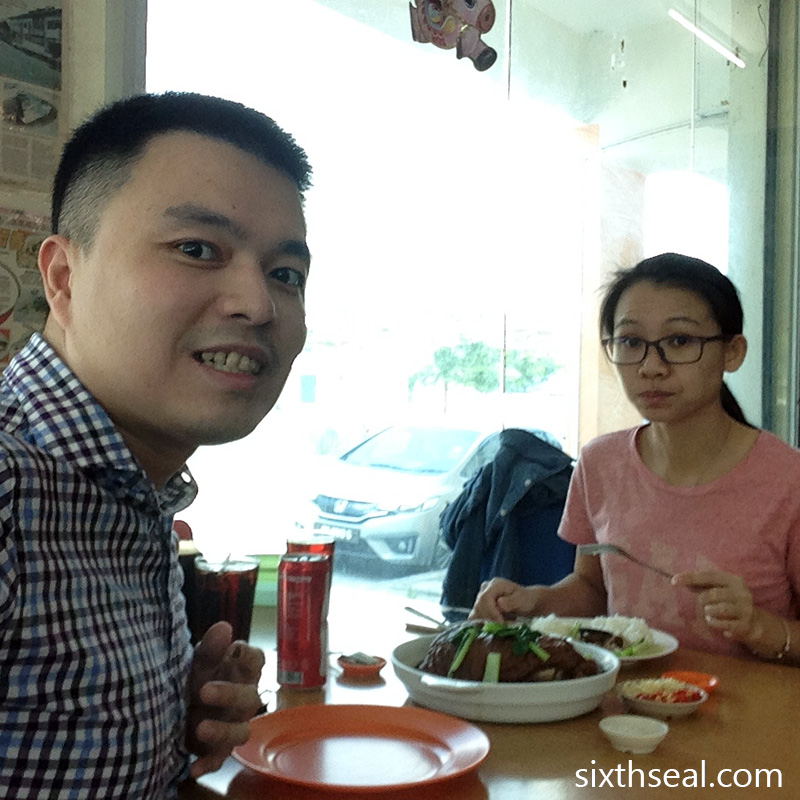 The bill came up to RM 80.30 but the bulk of that is from the two portions of braised pork trotters (RM 38 each). Naturally, we couldn’t finish our dish. Each portion is good for 2 pax. We passed the frozen pork trotters to my dear’s parents as well as some souvenirs we got from Penang and took our half-eaten one home. I’ll probably eat it for dinner again tomorrow. I won’t drive down to Restaurant Sungkai Choy Kee just to eat pork trotters but I’ll not hesitate to come back to check out their seafood offerings next time we go to Ipoh or Penang.