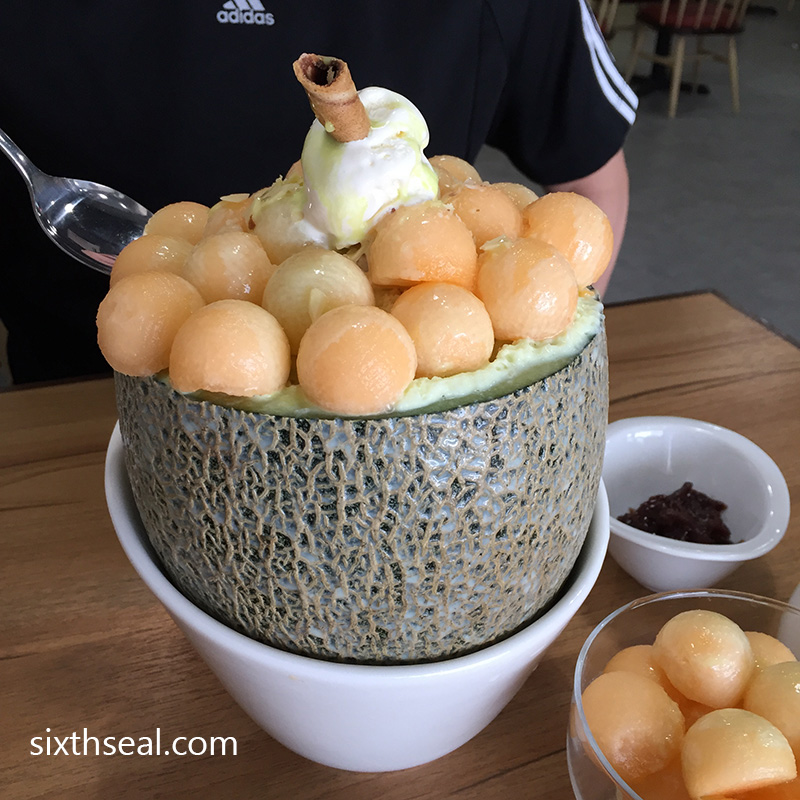 Cafe Koel is a Korean owned and operated restaurant in Kota Damansara. It just opened a few weeks ago and I’ve eaten there twice already. My better half wanted to eat bingsu last weekend and we came here for the icy treat. She noticed that they serve Korean food too and we brought her parents with us for lunch Sunday afternoon. 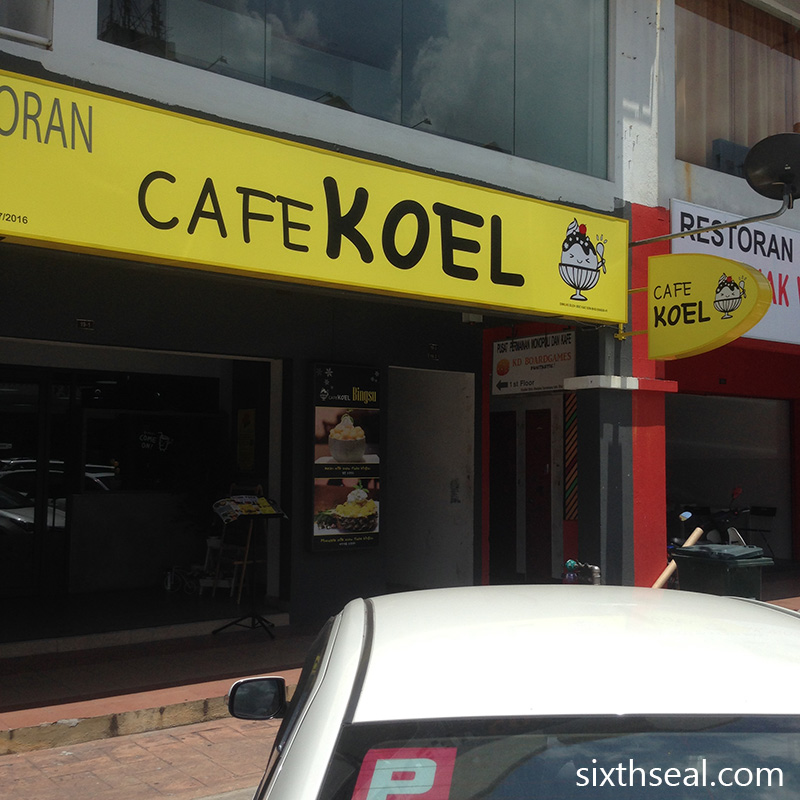 The owner of Cafe Koel is a friendly South Korean lady. She’s always cheerful and bubbly and that really makes her service stand out in the F&B industry. There are no reviews or buzz yet for this place (except for the one my dear wrote) coz it’s just so new so I thought I’ll write one coz we really enjoyed the food. Her parents did too! 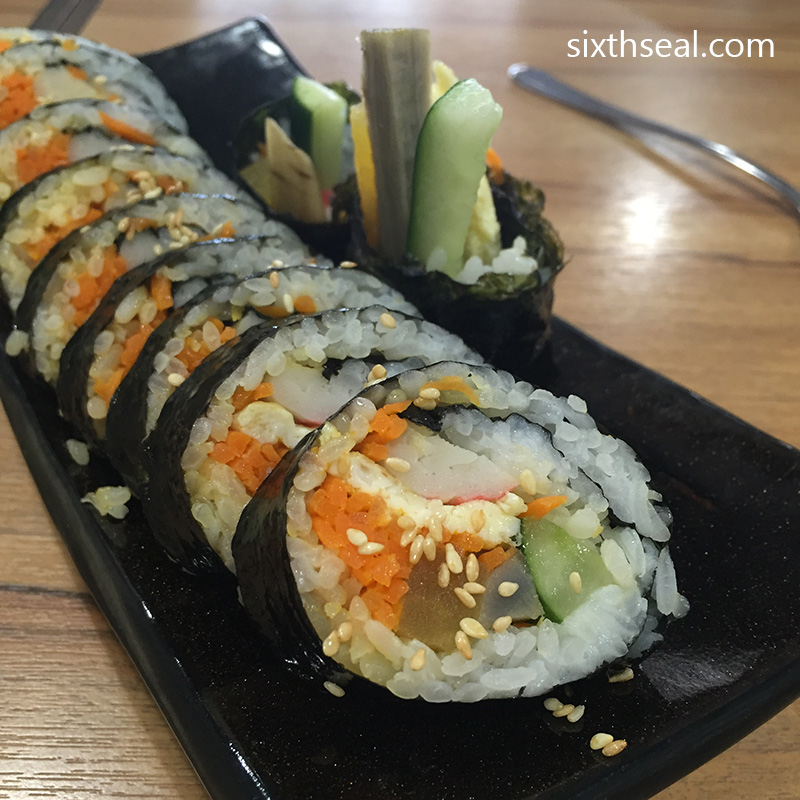 My better half ordered a stuffed rice roll coz she wanted to save space for bingsu. We had something similar a few weeks ago from the Korean grocery near Chicken House in Solaris Mont Kiara and we liked it very much. This is a similar product – the rice is rolled in seaweed and stuffed with pickles, vegetables, egg etc. I love the takuan (pickled radish which the Koreans call danmuji) and the ends are the best part of the kimbap coz it has extra long pickle sticking out! 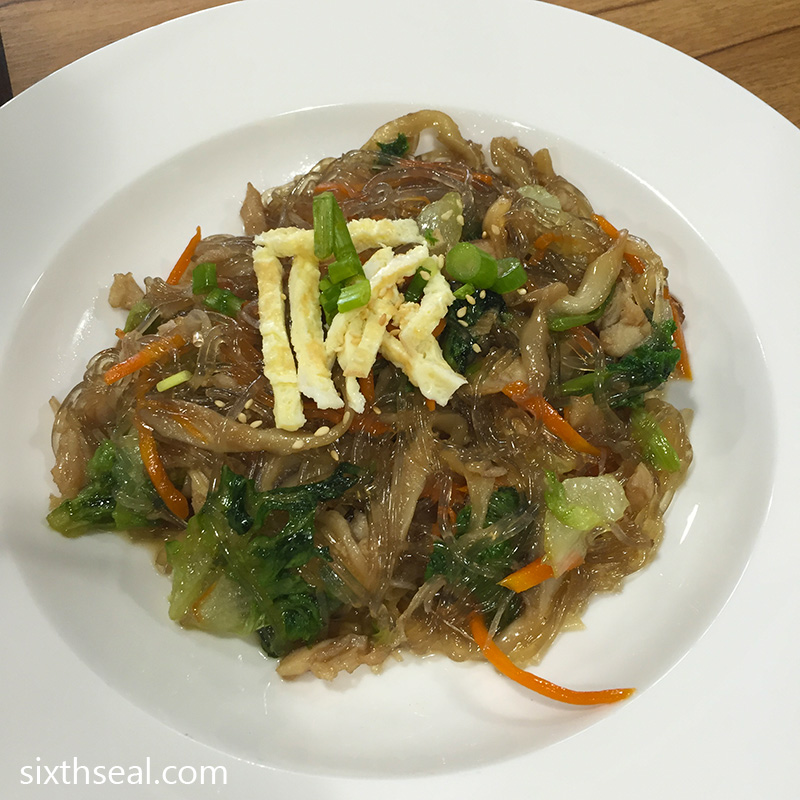 My dear’s mom had this. It’s stir fried sweet potato noodle mixed with vegetables and sliced chicken. I’ve seen mung beans noodles before but never sweet potato noodles. It seems quite common in Korea though. The slippery texture of the sweet potato noodle is very pleasing and I like the savoriness of the dish. I ate so much from her plate that I felt a little guilty. Haha. 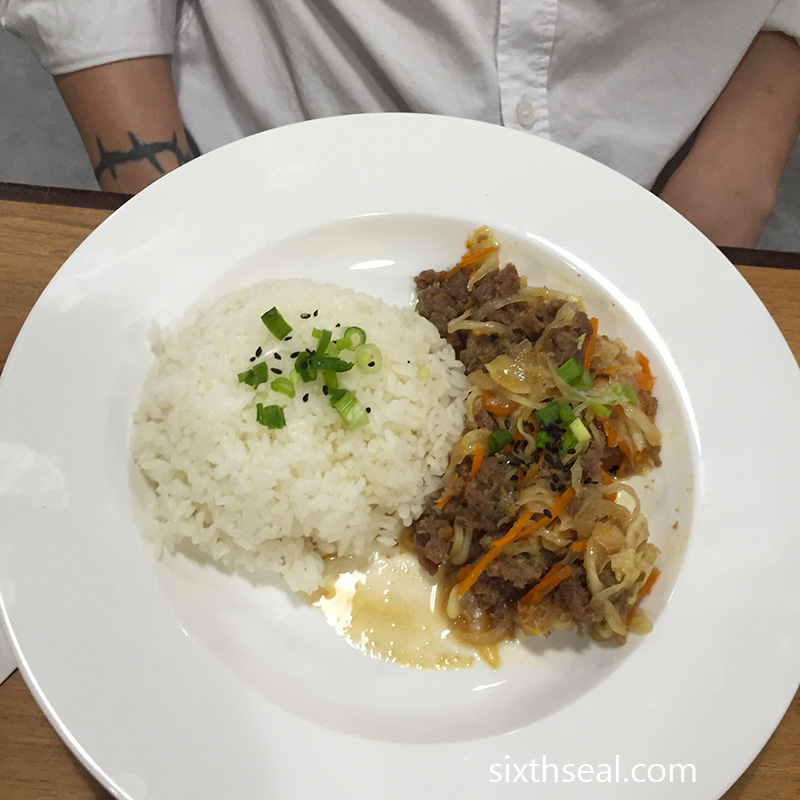 Her dad and I ordered the beef bulgogi with rice. I have eaten bulgogi in Korea before (and even had bulgogi burgers in both Lotteria and McDonald’s Korea in Busan) and I like the slightly sweet nature of the dish. This is the pan cooked version instead of the grilled version which I’ve seen in mukbang videos. The sweetness of the meat is perfectly balanced by the salty freshness of the kimchi served as a side. 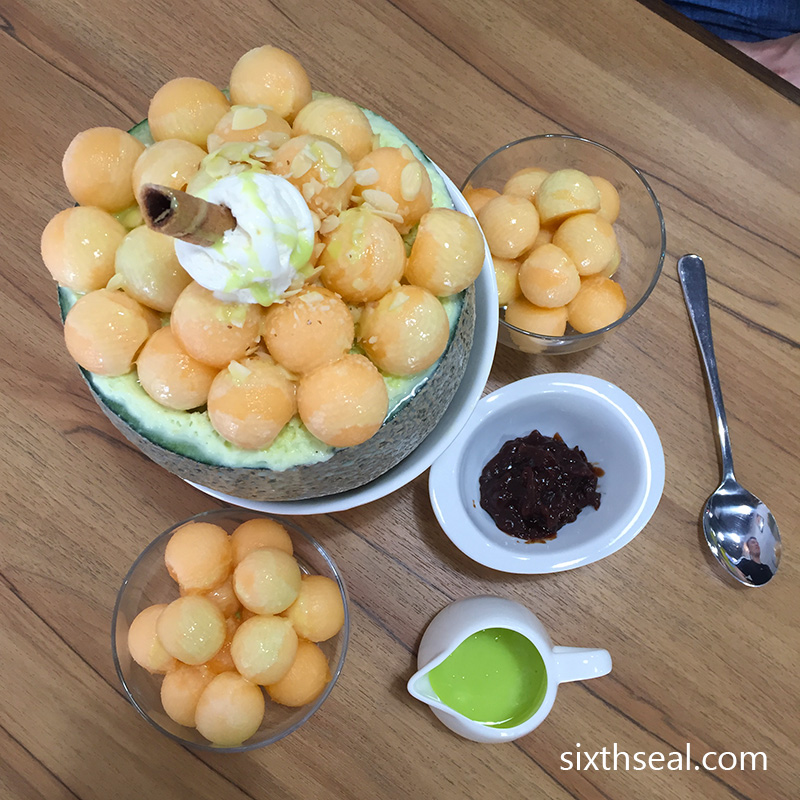 This is made from a whole honeydew melon. I saw the melons in the fridge and the flesh was scooped out to use as the topping/side. The cavity is filled with their delicious milk bingsu and served with red bean paste and more melon milk on the side. It was really good but a bit too large for 2 pax. It was a bit of a challenge to finish it coz the kind owner also gave us her new coffee bingsu to try that day. 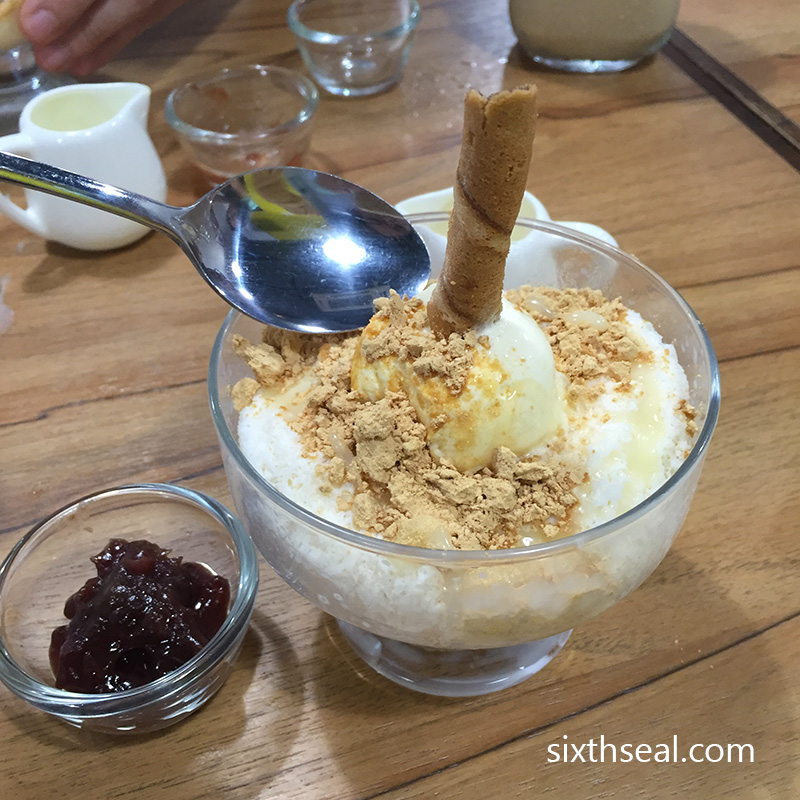 I ordered this yesterday as part of my meal. It’s RM 24.90 together with the bulgogi rice bowl or RM 17.90 separately. We were craving for the bingsu since our trip the week before and we had planned to order more once we finished our meal. However, the owner surprised us with 4 servings! She added on 3 more on the house so we could each have our own bingsu. That’s a really nice gesture. I loved the kinako (toasted soy bean flour) that goes on top of this. 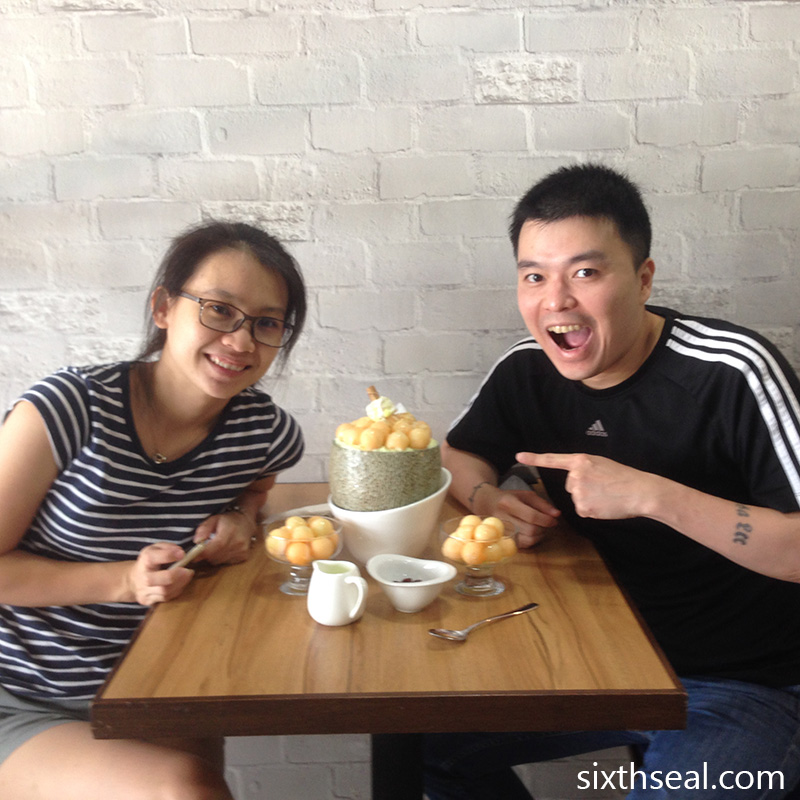 I have been craving for their bingsu ever since Sunday and wanted to drop in this afternoon but they were closed. Cafe Koel is just opposite my condo. It’s an undiscovered gem located at Dataran Sunway beside Sunway Giza Mall. We got a small gift each time from the Korean owner and her friendly touch makes us always feel welcome. There are a lot of Korean owned restaurants in the Klang Valley nowadays and this is one of the better ones. We’ll definitely be back for more!