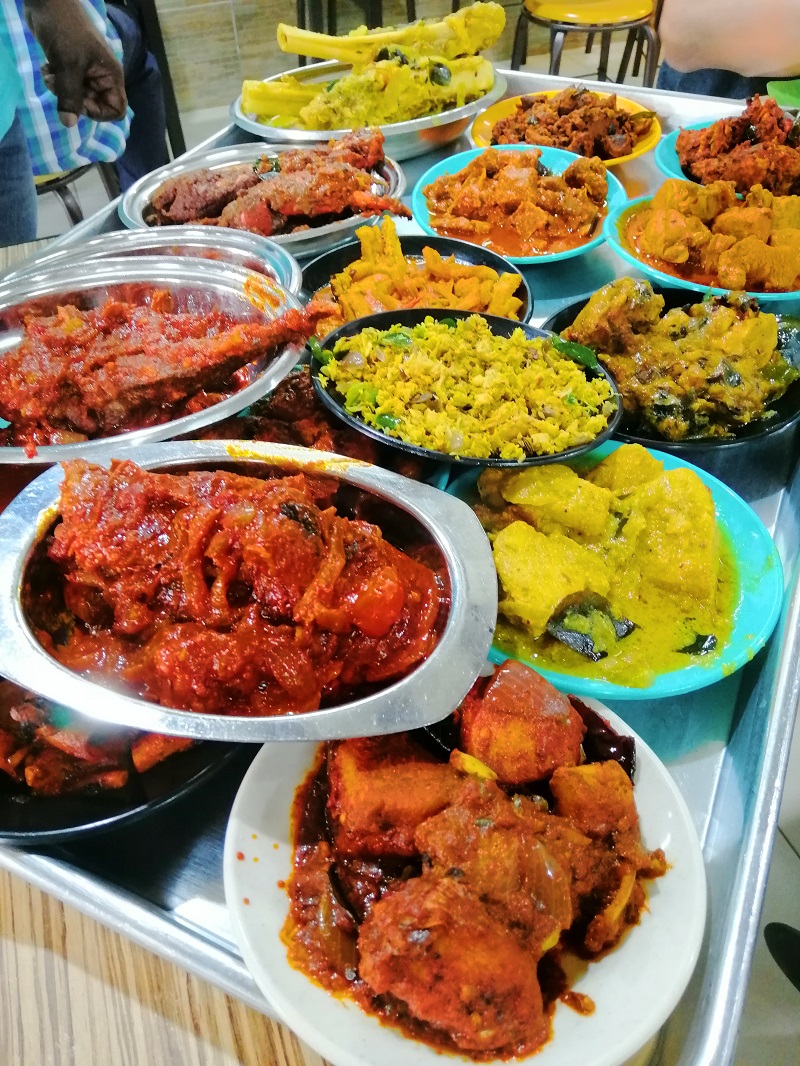 I got recommendations from 3 separate people to try Vishal BLR (banana leaf rice) after my previous post on the best lunch spots around Brickfields. I did a bit of Googling and heard a lot of positive things about them. Thus, I roped in my colleague and went to check it out just now. My office is in Menara 1 Sentrum but getting lunch partners interested in Indian food is a bit of a hard sell. The workplace is predominantly Chinese, and we usually go for Chinese food. 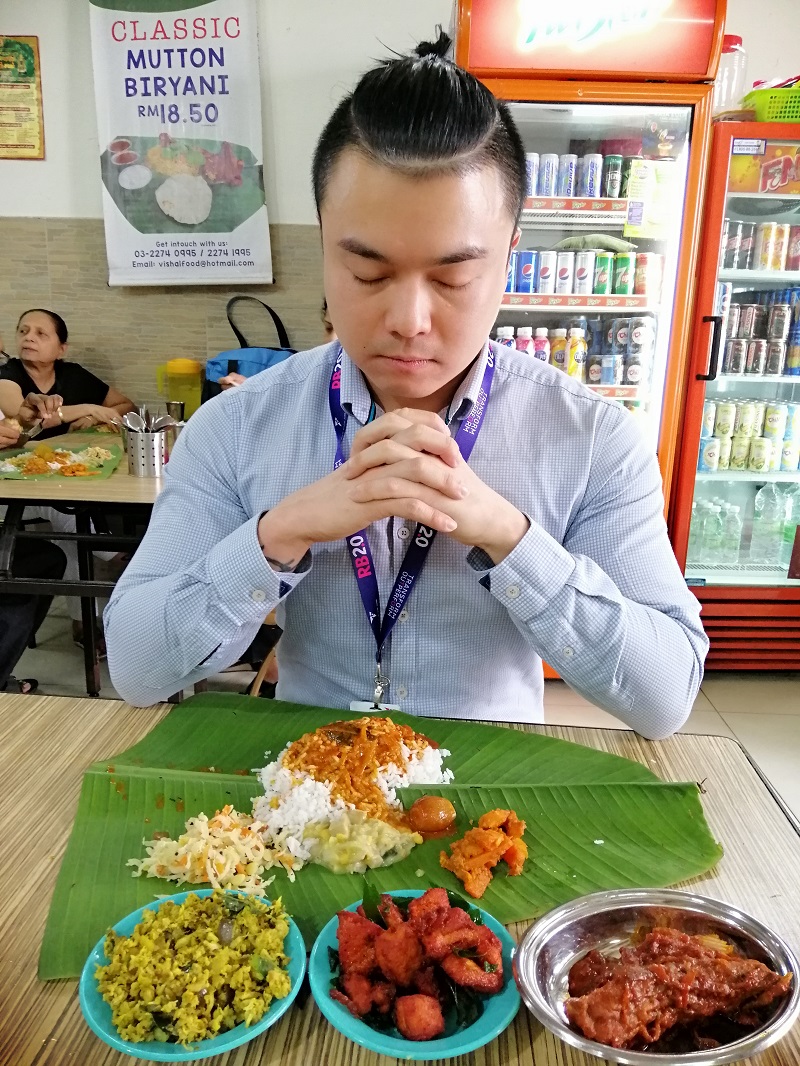 However, I’m a huge fan of Indian food and two of my favorites around here are Husen’s bombastic onion chicken and Singh Chapati House. I’m also going to Singapore in a week’s time and I booked 1 Michelin star The Song of India to check out their Deepavali dinner. 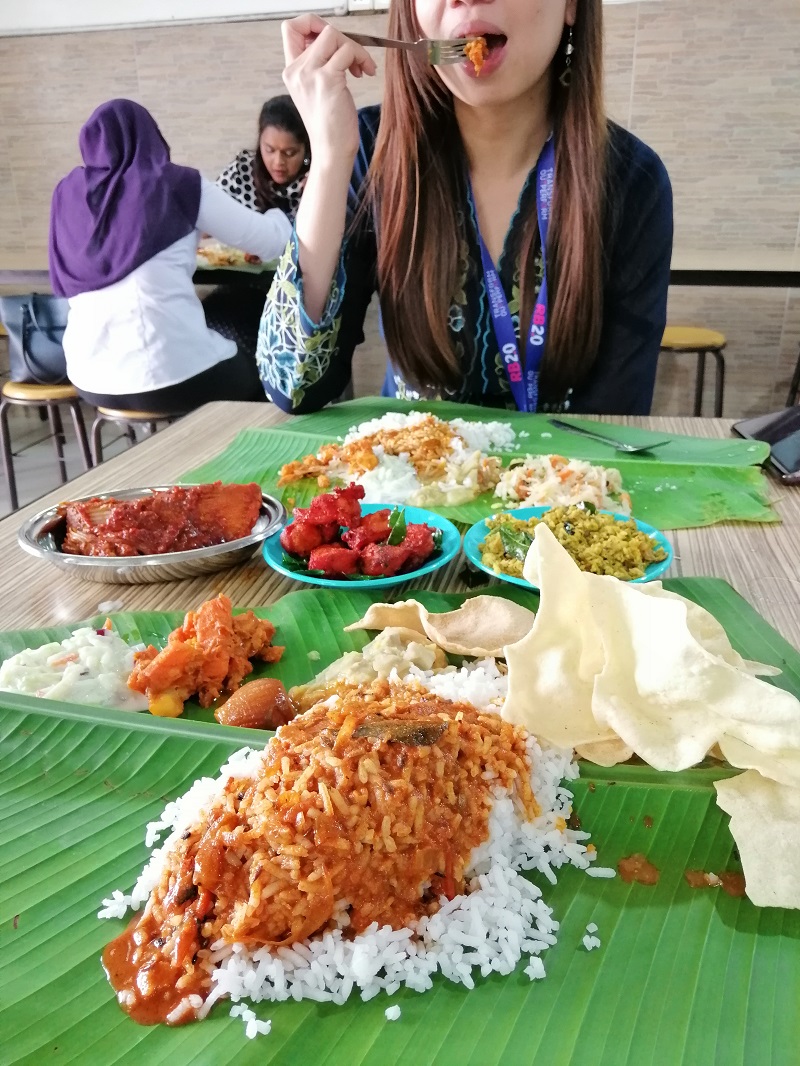 I decided to see if Vishal would impress. It certainly has its legion of fans. Vishal BLR is a 9 minute walk from my office, which is at the upper limits of how far people are willing to go for lunch. The furthest place we’ve been is 2 minutes less than this. 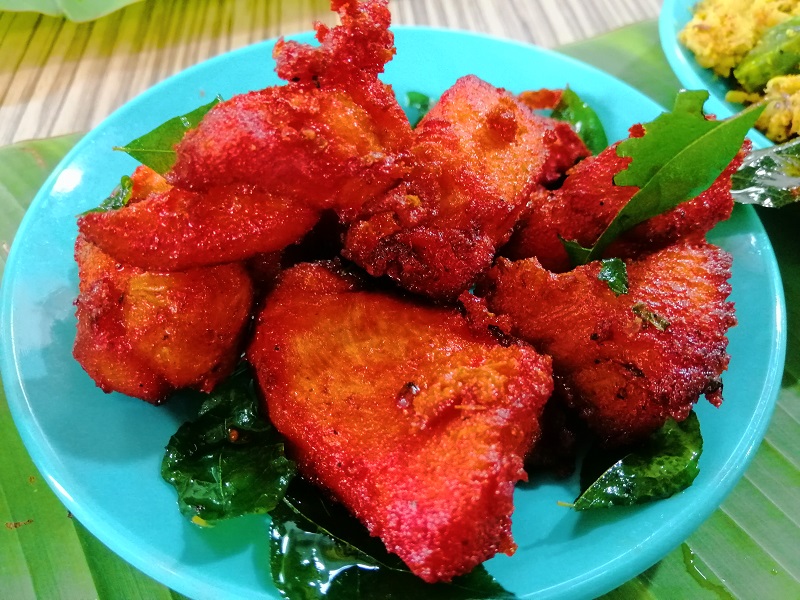 I was told to get the fish cutlet and the “red color chicken”. Thanks June…that’s very helpful. 🙄 It’s not like most Indian chicken dishes are red. Hehe. She later clarified it looks like tandoori chicken and it’s fried, so I think I managed to get the right one. It’s Chicken 65 but I later found out this was the wrong red colored chicken. It wasn’t anything special. 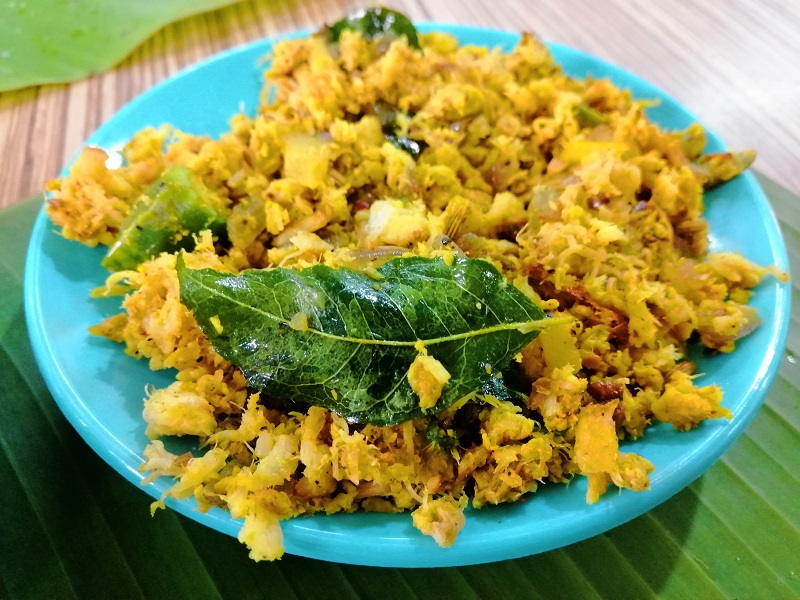 I also got some fish puttu, which is minced baby shark fried with egg. This tastes exactly like the dai chow shark’s fin and egg dish they serve at old school Chinese restaurants. The one you wrap in a lettuce before eating. It’s very plain. I expected more from Indian food. It didn’t make me go doo doo doo doo in joy. 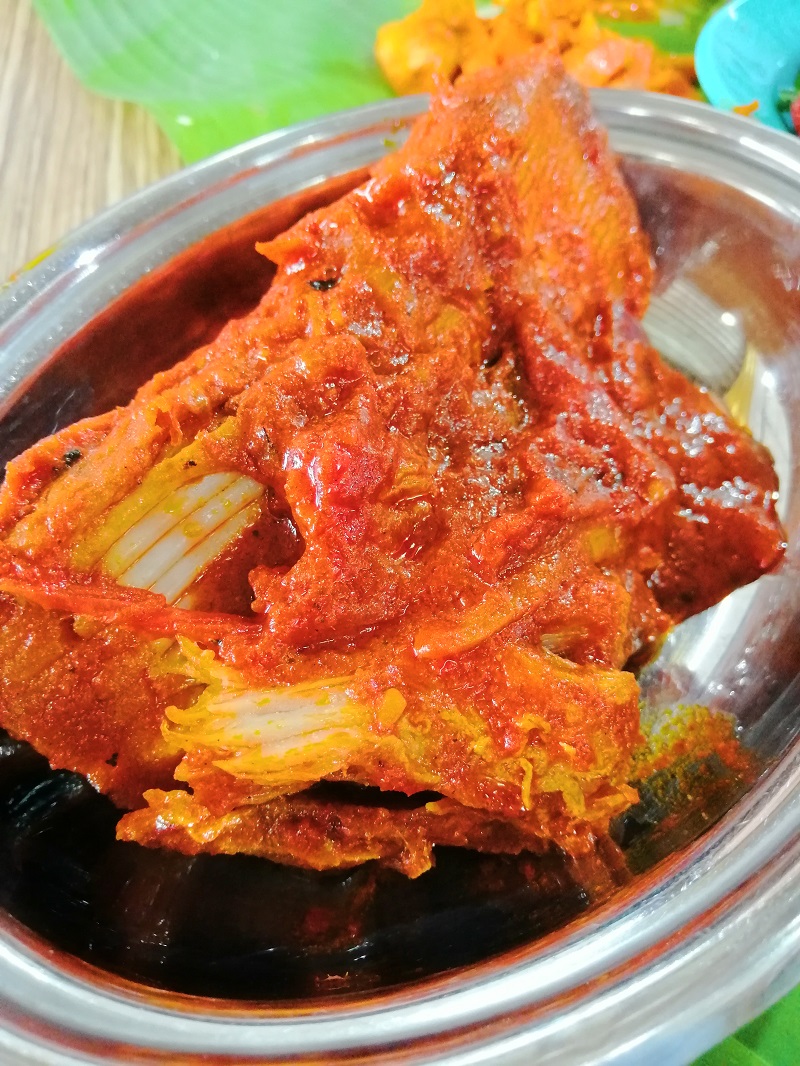 My third selection was stingray cooked in a sour sauce. “Eh, how come this dish sour one?” my friend squinted suspiciously. I also noticed she didn’t eat the stingray after that first bite. The flesh of the stingray was overcooked and rubbery and the sauce wasn’t the best I’ve had. 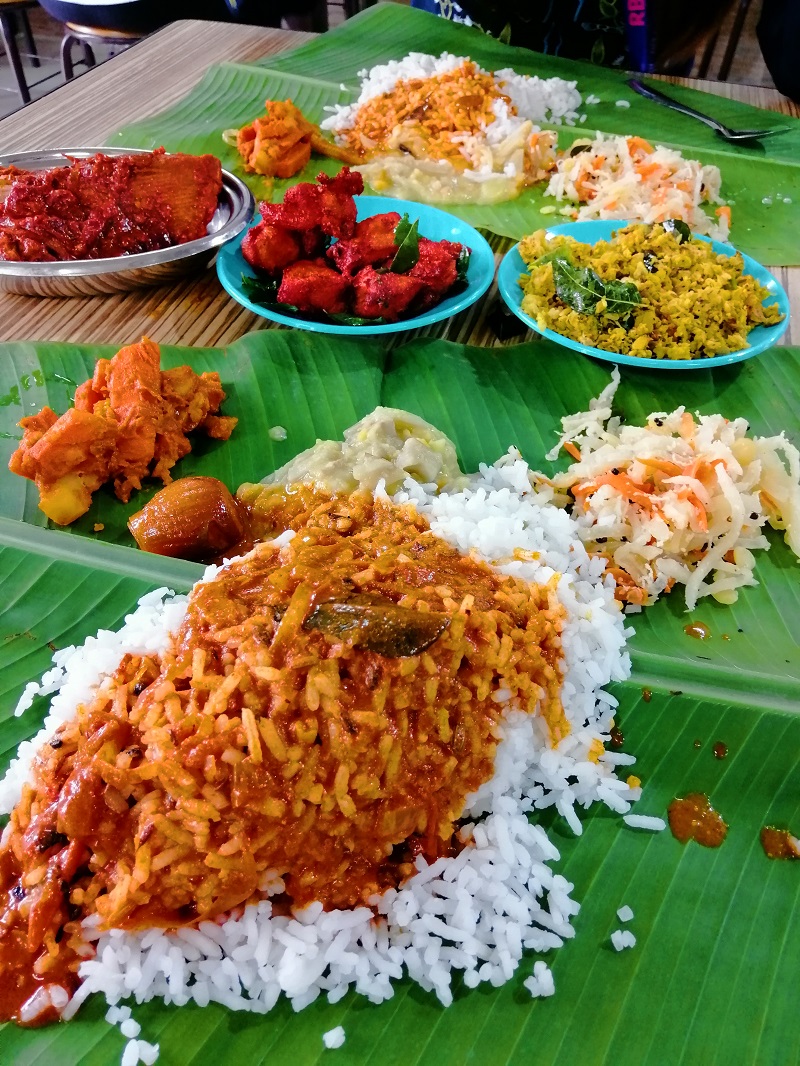 I want to say that the flavors are beautiful and inviting. That it’s a symphony of seasoning on my palate. Or probably a Bollywood tune since it’s Indian food. That the distillation of spices and aromas into a song-and-dance in my mouth with lots of loose-flowing saris and grinning men doing the Indian head bobble on my tongue is a magnificent experience. That it was a “10/10 groomed mustaches” experience. 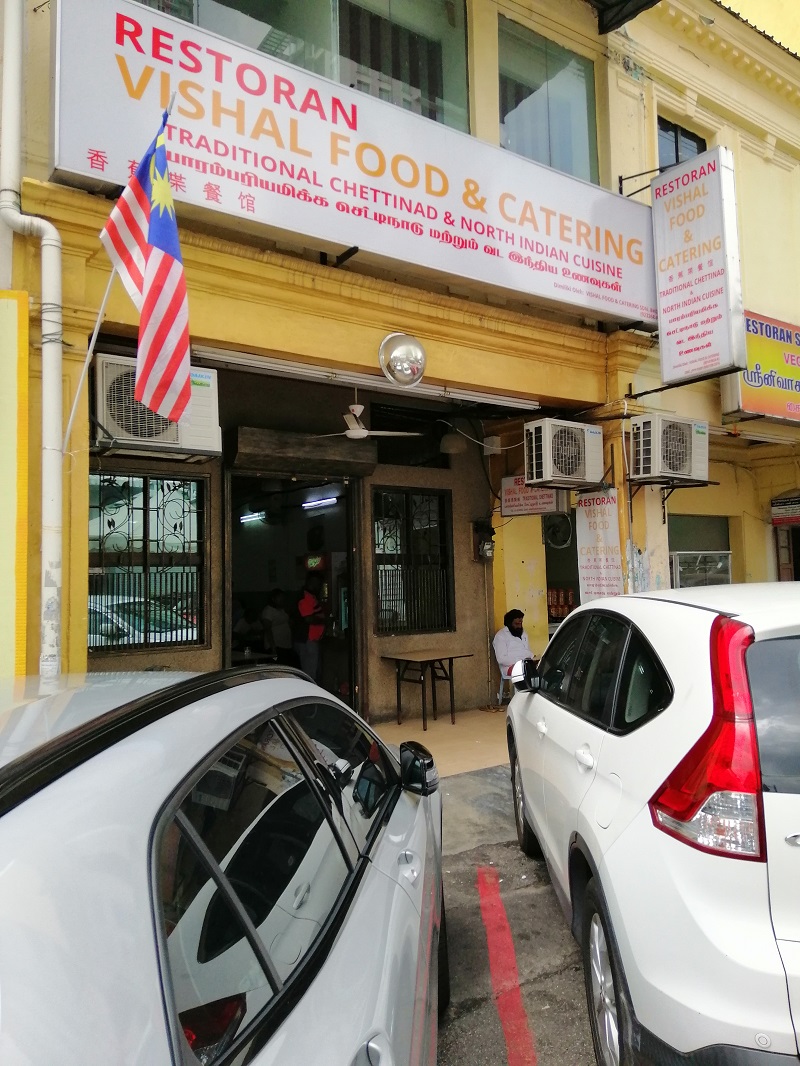 Unfortunately, I found the whole experience rather mediocre. Worst still, I felt like I have wasted my calorie allowance by eating this BLR. The prices are quite reasonable though – RM 6.20 for the rice with refillable veggies and curries and around RM 6 per small plate of protein. But I probably wouldn’t ever return. Have you ever been to Flavortown? I have, and it’s not here.