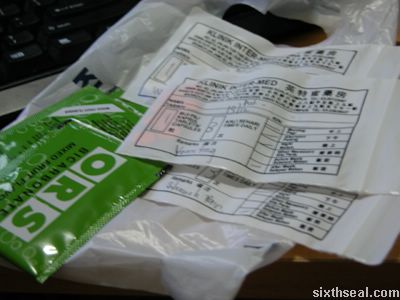 Greetings! My apologies for the lack of updates, I was sick (no,
really). It started on Friday morning when I ate some noodles with
sotong by the roadside for breakfast which made me projectile vomit for
the rest of the day…seriously, I couldn’t keep even fluids down,
despite my best attempts, and my best attempt can be a good one,
considering the things I’ve had and held down in the past. 😉

Anyway, was absolutely knackered for the rest of the day, but
still worked nevertheless, like the productive employee I am. Heh. I
didn’t want to call it quits and take an MC because these things “build
character” or so I’m told, so I subjected myself to a day of frequent
trips to the bathroom for regurgitation. This makes two dubious quasi
“character building” events in the past week, the first being the
hypothermia (my mind was convinced anyway) incident. More about that
soon!

Back to being knackered, I finally decided to see a doctor at around
5 pm (coz being dehydrated sucks) and said I’ll be back. That’s not a
good time to go to a doctor because the clinics usually close around
that time. Thus, it was back to work and I practically had to crawl
back to Bangsar after work. It was seriously that bad, somehow food
poisoning and the subsequent hourly regurgitation and stomach cramps
tires you like nothing else. It felt much worse than multiple day
*cough* runs without food, that was how bad it was.

Anyway, got to Bangsar, crawled (a manly crawl, mind you) into the
nearest clinic and got an IM injection, a much appreciated anti-emetic
which stopped all thoughts of throwing up within 20 minutes, and I ate
a bun and slept for 17 hours and felt perfectly fine today, and went to
work and went to BB and came back and now I’m writing this. I will be
posting the Melbourne convo series soon, please entertain yourself by
looking at this in the meantime: 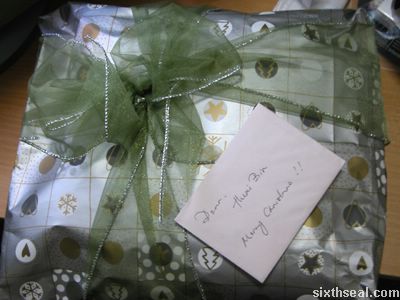 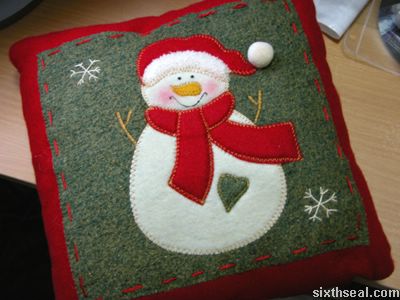 It’s a Christmas present from Lee Qeuh (I think – the signature is
hard to read) from the company Christmas dinner that I couldn’t attend
because I was in Melbourne at that time. There was an exchange of gifts
scheduled, I didn’t know what I gave though, since I didn’t have time
on the Friday I was about to leave so Rozana (my friend from work who
sits beside me) got a present for me by proxy instead.

Please stand by, the much delayed Melbourne series is coming right up… 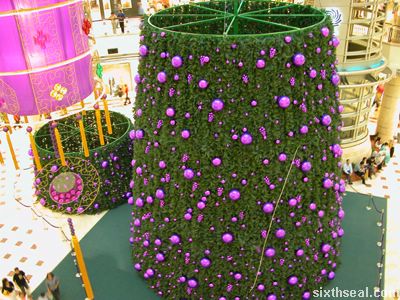 I noticed this new decor at the central court of Suria KLCC today.
I was there to meet HB, he’s passing the cherry tobacco to me.
I’m veritas [castitas.com] btw, and I can’t remember the last time I posted here…

I went up and down taking this photo.
It’s a large Christmas tree with a smaller one beside it.
It’s beautiful…just like you.
and it’s attached, just like you…

I don’t know what this feeling I have is…
I’m not infatuated…I don’t think of you all the time…
It’s not a crush, I’ve felt this way for a while.
I don’t harbor any thoughts of being with you.

The best I can describe it is affection…
I like your eyes, the way you smile and the way you talk to me
Mesmerizing…
It reminds me of something in my past

It’s certainly not love, and this feeling is purely platonic
It’s strange though, I hardly talk to you
I hardly even think about you, unless I notice you
But the fondness is always there when that happens.

That makes me happy. 🙂
You’re a purple christmas tree in a faceless crowd.

<p>My night out started with a bang so to speak. I headed out at around
8 pm with Johnny, Ting Chuan and Christopher in search of something to
eat. As we were nearing town, we saw this big plume of smoke near the
town center. We headed over to investigate and was caught in a terrible
traffic jam that took us damn near an hour to get out of. There was a
big fire at Tong Sang Road and there was a lot of gawkers and the
police blocked off one stretch of road, resulting in the traffic jam.
Actually a traffic jam doesn’t do the situation justice, a better word
would be gridlock. I didn’t get near enough to get a good photo, this
is the best one I could get:</p>

<p>The final toll was 20 houses burned down in the blaze, they were all
wooden so the fire spread fast and hard. The papers said 180 people
were left homeless by this. What bad luck to have this happen on
Christmas Eve.</p>

<p>Anyway, we headed to McDonalds after that for our Christmas Eve
dinner coz it was pretty late by that time already. I had Bubur Ikan
McD, a coke float and a toffee sundae. This is my Christmas Dinner:</p>

<p>Grand, ain’t it? 😉 We went to 1 Q after that to play a couple of
games of snooker and then Christopher had to go home so we sent him
home and we arranged to meet Thai Ling, Alan and Ku Ling at Liquid
where Diana and the rest are. Unfortunately, the tickets were all sold
out and they couldn’t let any more people in coz the place was full. We
then decided to go to the Paramount disco (Happy Valley) instead coz it
was closer and the countdown was about to start. I saw my cousin there,
apparently he’s now working in the Paramount kitchen. I also saw Wan
Wen and her friend. We met Chew Yieng (her dad is one of the major
shareholders of Paramount) inside the disco and she bought us all a
round of brandy. I had a couple of beers too and we stayed there until
well past midnight. There was this old guy on the dance floor who was
really going hard out. Heh. Everyone cheered for him, you go dude!</p>

<p>Anyway, we headed to Pool House after that, but the ambience was not
really conducive to a Christmas Eve party (they were singing karaoke
there), so we headed over to Liquid again and found out that the crowd
has thinned out a bit so we went in. We met Diana and I also saw Jane,
who was there with her group of friends. The music there was pretty
good and I met a lot of people who I used to know but have since lost
touch with. There also was this girl who was dancing and offered
everyone her glass of water. Thanks! That was great for ambience. It
made things more like an MDMA-fuelled rave. 🙂 Alan or Thai Ling
(forgot who) bought us another round of drinks and we stayed there till
the venue slowly emptied. </p>

<p>The rest of the guys wanted to head home, and I had another bunch of
friends who were at Heaven and I thought about joining them, but it was
late at that time and so we decided to call it a night. We had a late
supper at Taman Selera (it was still open) and then headed home. All in
all, it was a great night. Good friends, alcohol and the festive season
goes nicely together. 🙂 Merry Christmas!</p>

I’ll be heading out tonight for dinner and then I’ll be at the UCA
disco till the wee hours of the morning. Wishing you all a very merry
Christmas and party safe. 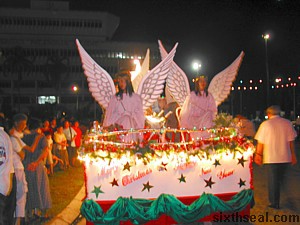 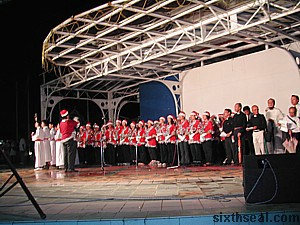 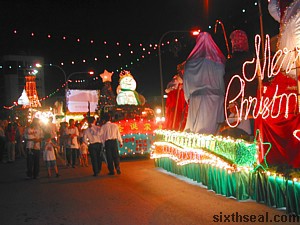 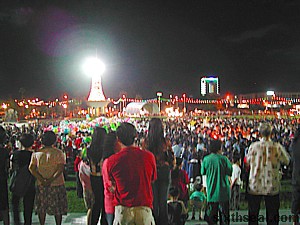 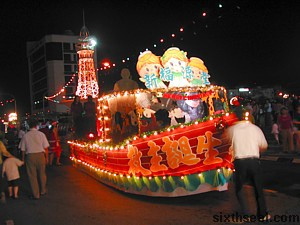 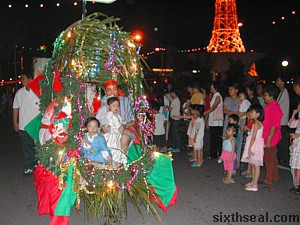 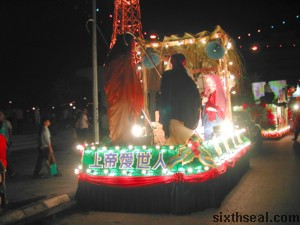 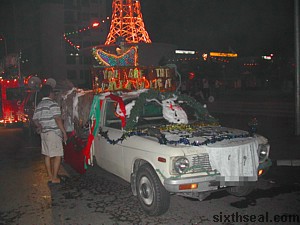 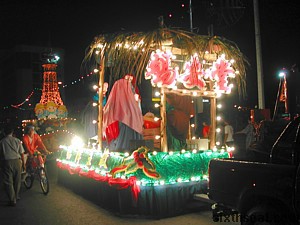 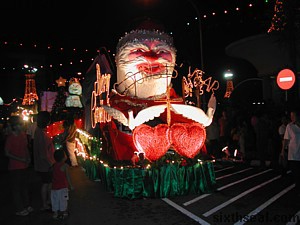 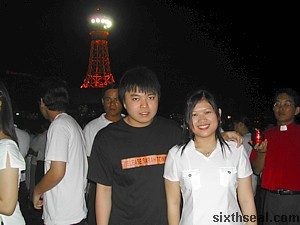 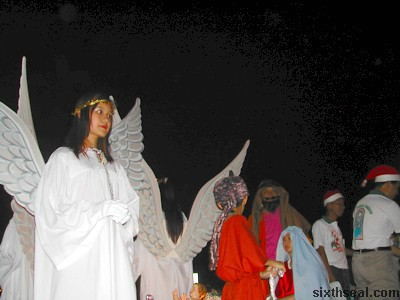 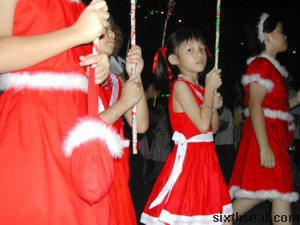 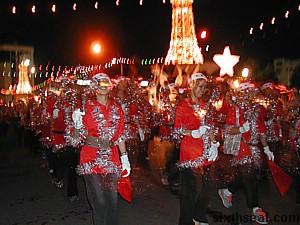 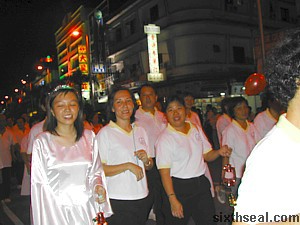 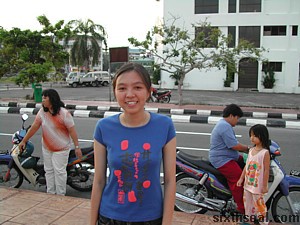