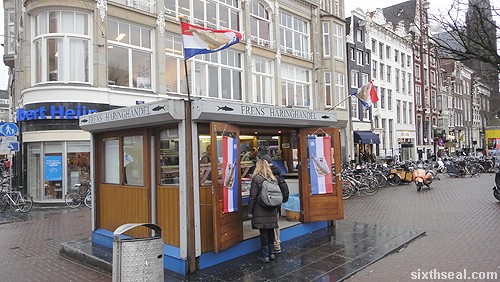 Amsterdam is famous for a raw herring dish served with onions and pickles called Hollandse Nieuwe. The best ones are usually found in stalls scattered around the canals. The traditional way of eating herring (as related to me by a Dutch citizen who saw me eating it and asked me what I thought of it) is by taking the tail of the raw herring, slathering it with onions and eating it whole. 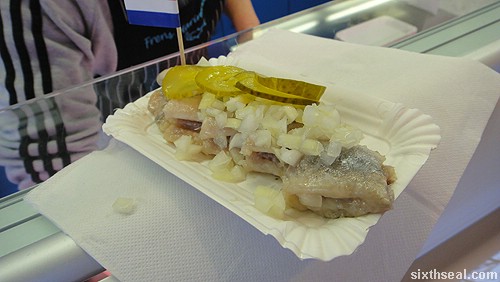 However, the way herring is served in Amsterdam is sans tail. The herring’s tail has been amputated somewhere during its voyage from the North Sea. Instead, it’s sliced into manageable pieces and sprinkled with raw onions and some pickles. You’re supposed to eat it with a toothpick – mine comes with a nice Dutch flag on it – this is the famous stall in Koningsplein where you can get herring and broodje haring. 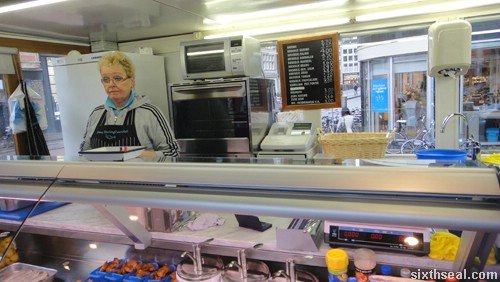 The herring (spelled haring in Dutch) is fresh and this place has a very healthy turnover of customers craving for some raw sea produce. It costs Euro 2.70 (about RM 12) for a whole herring and you can add Euro 0.50 for a broodje haring. 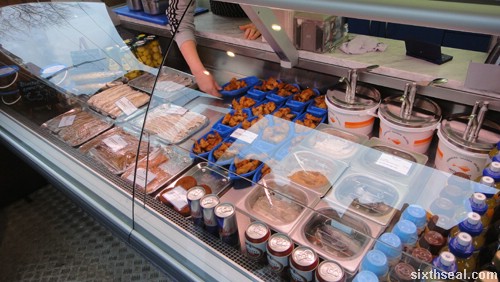 Broodje haring is basically an entire herring sandwiched between a bun. There are two types of buns in Frens Haringhandel – the traditional one is the soft bun. I would recommend eating just the herring but if you need a bit of carbohydrates to fill yourself up, the boodje hearing is a great option. 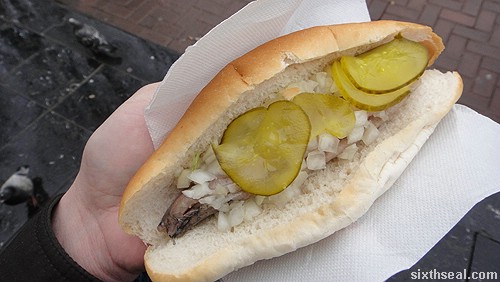 Fresh raw herring in Amsterdam is divine – it’s surprisingly creamy, a word I wouldn’t expect to describe fish. The haring has been deboned and practically melts in your mouth. It’s also slightly salty and totally unlike sashimi – definitely a must try if you happen to go to Amsterdam. 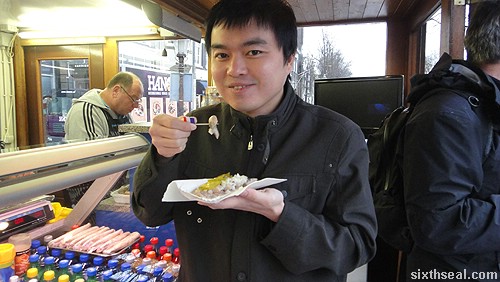 Just look for the Frens Haringhandel stall near the flower market in Amsterdam!