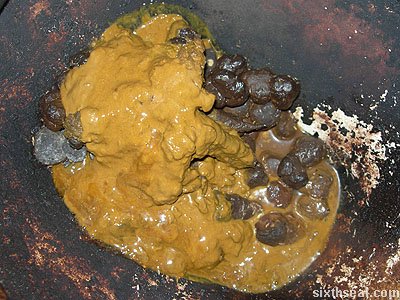 This is some Serious Shit (TM) right here…

There is hard, compacted stool from my methadone using days, the more liquid form of excretion during withdrawals, constant use of DF-118 (dihydrocodeine) and the small compacted shit that you see underlying the rest.

The yellow goo is new, fresh from last night and this morning’s offerings to the porcelain throne.

I think there should be a lot of puke in there too – projectile vomiting from excessive drinking and general throwing up…and deep, deep down, if you care to look (even the police wouldn’t) there should be about 5 points (500 mg) of methamphetamine in 5 straws and a meth pipe (plus several syringes) down there (if it hasn’t turned into shit already) during a moment of paranoia when I tried to flush it, pulled too hard and broke the damn thing.

…and what did I do? I shat on it, that’s what I did. I figured no one would want to dig through all that shit (easily a year’s worth, no shit) so I’m good and safe eh? 😉

BTW, does anyone know a good plumber?