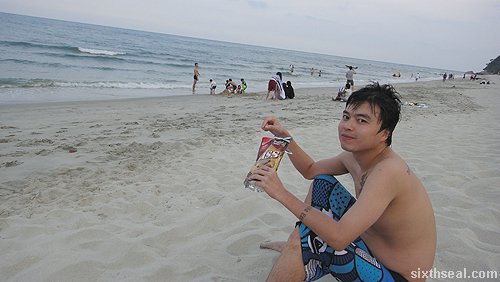 I just came back from a trip to Kuantan where I got to swim in the blue seas and get some planking photos done. Heh! 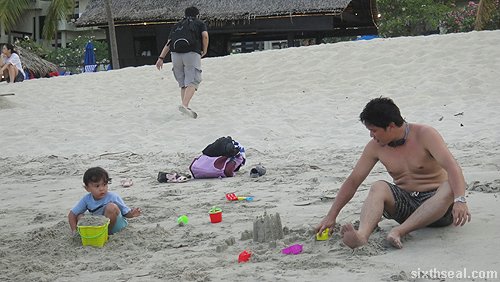 You’ve all heard of the phenomenon that started in Australia and swept worldwide…unless you’ve been hiding under a rock for the past few months, that is. It really only hit mainstream news when someone died while planking on a balcony. 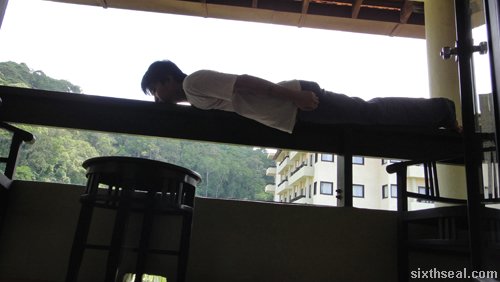 I’ve seen some crazy stunts by plankers on the Planking Facebook page which started it all. What is planking? In a nutshell, all you do is lie face down with your hands by your side at the most ridiculous places. It’s just as simple as that. 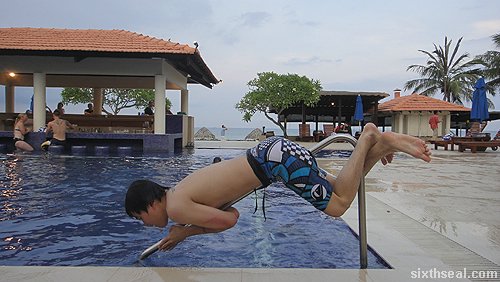 I did the heated swimming pool rail at the resort (or at least tried to). This is a totally failed planking attempt since it’s really hard to balance on a wet and slippery 10 cm rail and perform a perfect plank. 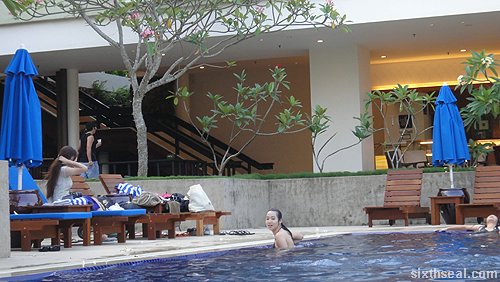 The good: I was cheered on by a bunch of people vacationing there and chilling in the pool. Plus, since it is the Hyatt Grand Regency Resort, none of the staff wanted to be the one to stop a paying guest at a 5 star hotel. Heh! 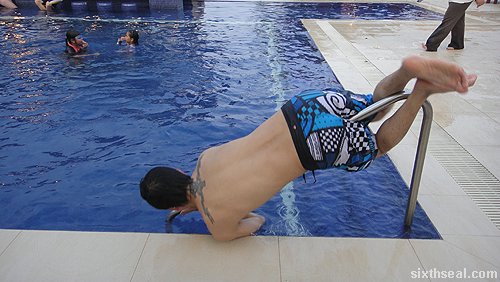 The bad: I have bruises everywhere and my family jewels hurt like nobody’s business. Why? Think about it. It’s a 45 degree railing. You’re planking on a steep downward incline, trying to get the perfect form. It’s wet. When you lose your grip (what grip?), guess which part of your anatomy hits the rail before you slide into the pool or fall on the side? Yes, ouch indeed. -_- 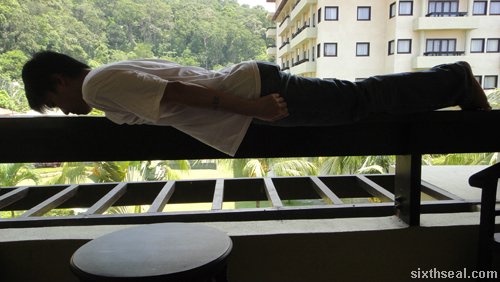 I also did the notorious balcony planking photo there. We were at the 4th floor so it wasn’t very high up and the rail was relatively large enough to do it without an excessive chance of you falling down and ending in the ER. It’s not the perfect form but it’s close enough without being too dangerous. Also, if you look, there is a safety awning which would probably hold my weight if I fell down the wrong side of the building.

I have to say though, planking is a very idiotic meme that has swept the net for reasons unknown. It’s dangerous and it’s stupid. I suggest you do something better with your time…like playing the Funbots Dance Facebook app! 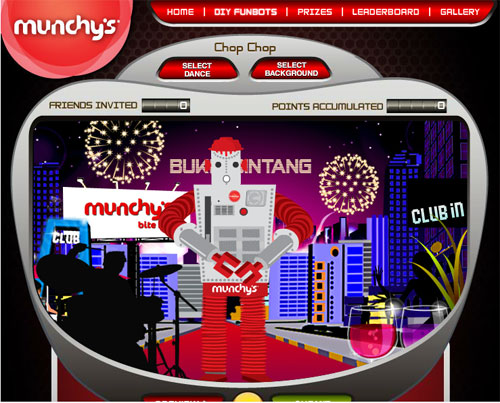 It’s also another Facebook activity so there’s that in common. Heh! It’s basically a game by Munchy’s to celebrate their 20th anniversary. They’ve been around since 1991 and this year, in the spirit of the Share the Fun campaign, four Funbots have been created – Michael Oven, DJ Mixer, ChopChop, and BeatBox. Witty! 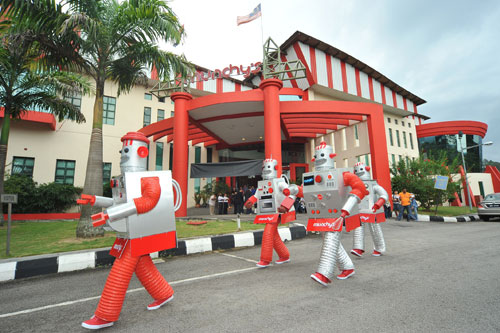 There’s a real life parallel to this – the Funbot characters will begin their physical journey from 19th May, starting at the Munchy’s factory in Batu Pahat and ending in 1 Utama Oval Concourse where there will be a grand celebration from 1-5th June. Mark your calendars now coz fun and games await! Come and join the celebrations! 🙂 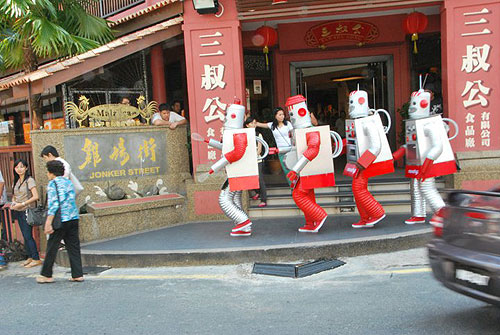 In the meantime, stay out of trouble and play the Funbots Dance app on Munchy’s Facebook page. It’s strangely addictive and you get to win prizes including a Macbook Pro, iPad 2 and other Apple products instead of a trip to the hospital. 😉

You can also track the progress of the Funbots journey to 1 Utama on the page. Come and beat my score now! w00t!