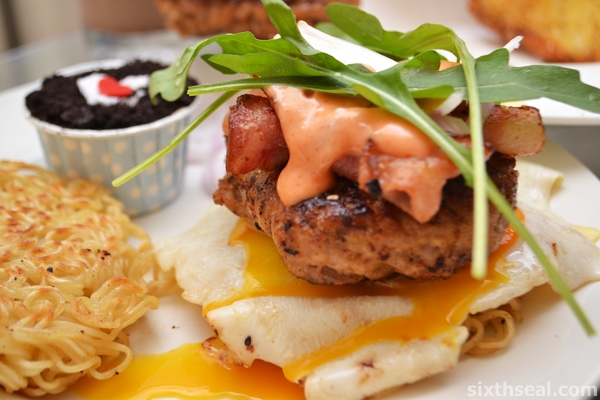 This is a homemade ramen burger that my better half made for me during our anniversary. It’s not burger in ramen but the other way round – the bun in the burger is substituted with ramen noodles! Thus, the patty is encased in ramen noodles instead of a regular burger bun. 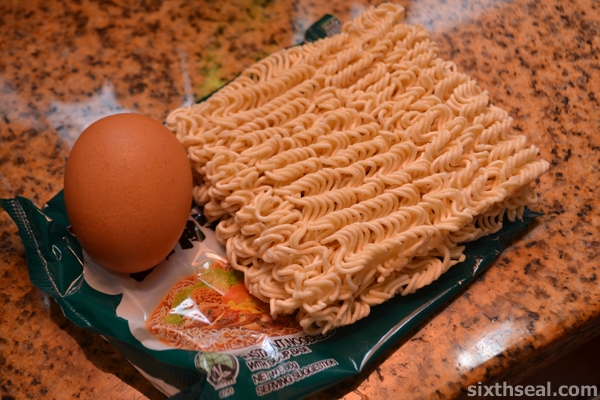 I hear it’s all the rage and she managed to do it on her first attempt. You need to cook the ramen noodles, add a bit of the seasoning, and mix an egg inside (once the noodles have cooled) before sealing it in Glad wrap in the fridge overnight for it to set. 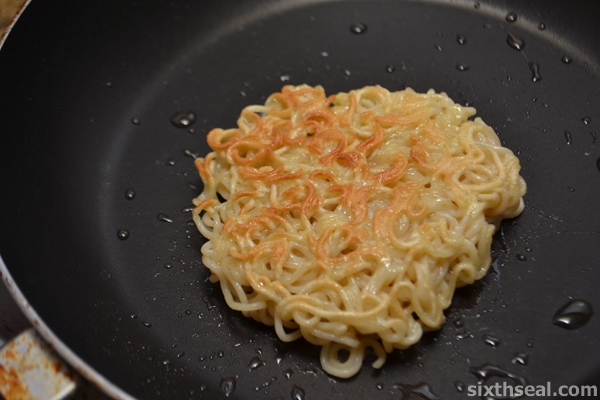 The ramen burger is delicious! You have to fry the ramen burger after it’s formed and set before using it as a bun replacement. It stayed intact throughout the eating process so I’m very impressed – the “ramen bun” didn’t fall apart. I’ll love to pick her brains and do this again myself during the weekend!

Just writing about it got me hankering for burgers!

It’s difficult to explain. Words just doesn’t do it justice. You’ll be better off watching the video above of two grown men talking in a totally heterosexual manner (one on the porcelain throne, the other submerged in the tub) in an attempt to describe the awesomeness that is the KFC Crazy Crunch. It features Reuben Kang so expect his classic humor to shine through!

There’s a parody out on Facebook by Shaheizy Sam (not sure who this dude is) and I personally don’t think it’s funny but it has gotten a quite a few Likes so maybe different people have a different sense of humor. I apologize in advance for wasting 16 seconds of your time that you’re not going to ever get back (watch the first Germani Network video instead) but it just goes to show – is the KFC Crazy Crunch really that hard to describe?