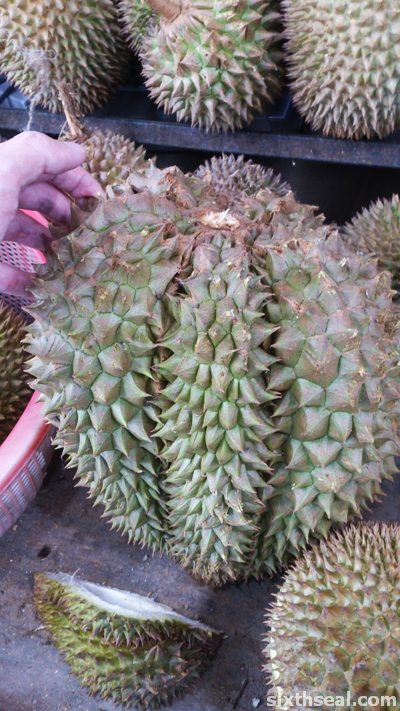 This is a rather distinctively shaped durian with 5 sides, like a starfruit (carambola). The seller told me it’s called “Five Star Durian”, he translated it from “mm zhi gor” (five seed fruit?). I found it rather intriguing and wanted to buy it but unfortunately it’s not for sale coz it’s unripe. I was told it’s popular in Gopeng, Perak. 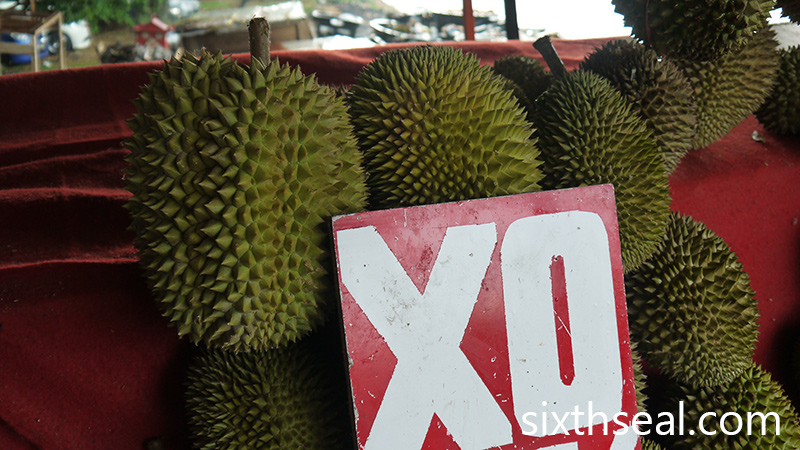 I got some XO durians instead. It’s the end of the season for XO. I opened 3, and bought two. You can actually return durians you don’t like it after it’s opened. I found one too dry and replaced it. I was a little dubious about the third one and was asked to taste it. 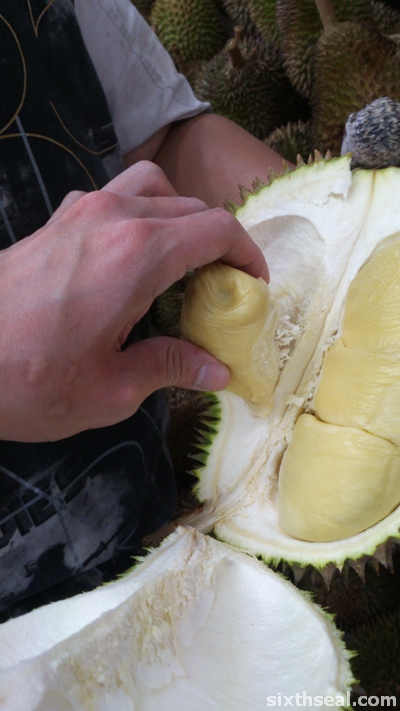 Free tastes are common and even if it doesn’t go into the scales, they don’t actually lose from it. Durian flesh is very light compared to the husk, which is the heavy part. of the durian. XO durians are bitter and it’s one of my default buys. It has loose flesh that slides right off the seed – it’s runny and creamy with medium large seeds and little fiber. 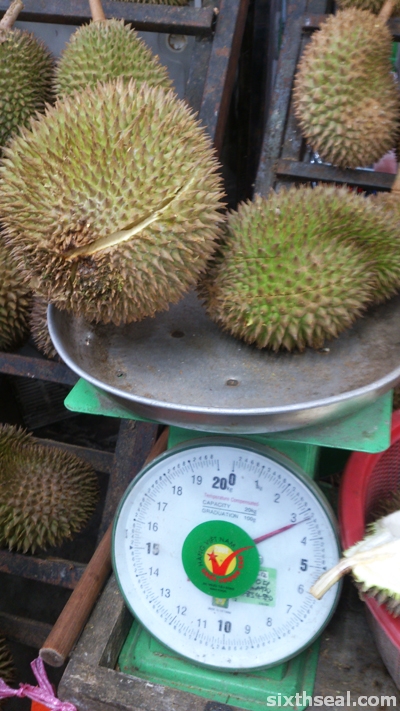 There is said to be an “alcoholic smell” to XO durians. That’s not right, it shouldn’t smell like ethanol, that would indicate fermentation (meaning it’s rotting). It’s more like an aftertaste – it just stays put on a bit longer, a mild alcohol-like lingering note. 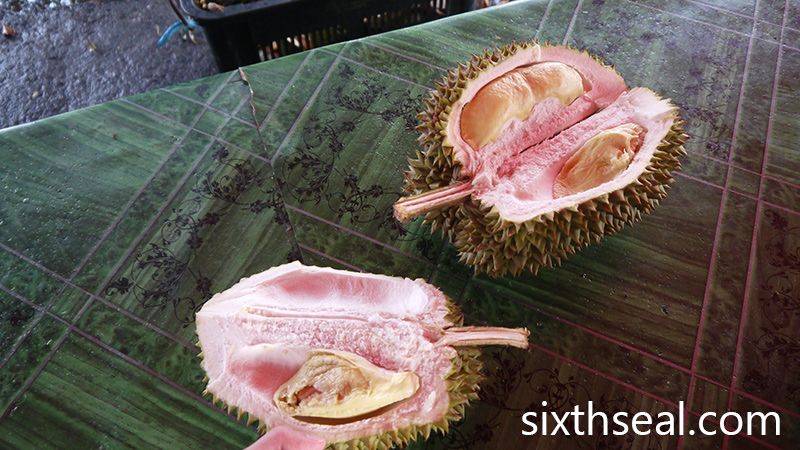 Note that this is from an ex-alcoholic with no problems with drinking neat 40% spirits straight from the bottle so my description on this may deviate (quite) far from the norm of the population bell curve especially those who thinks Islay single malts are horrendous. 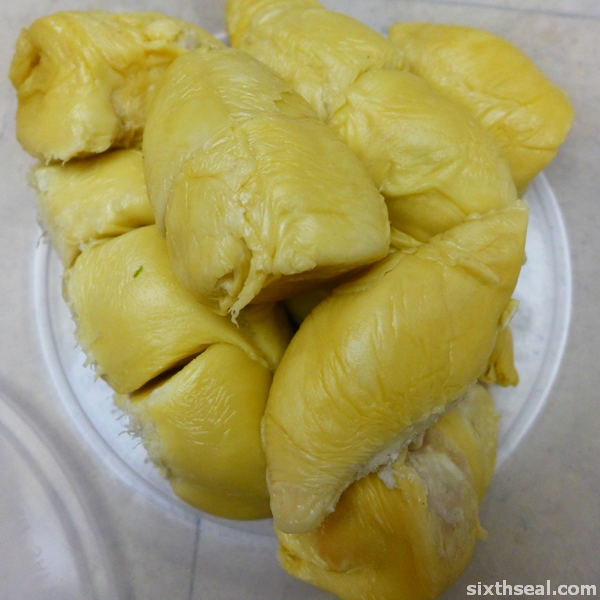 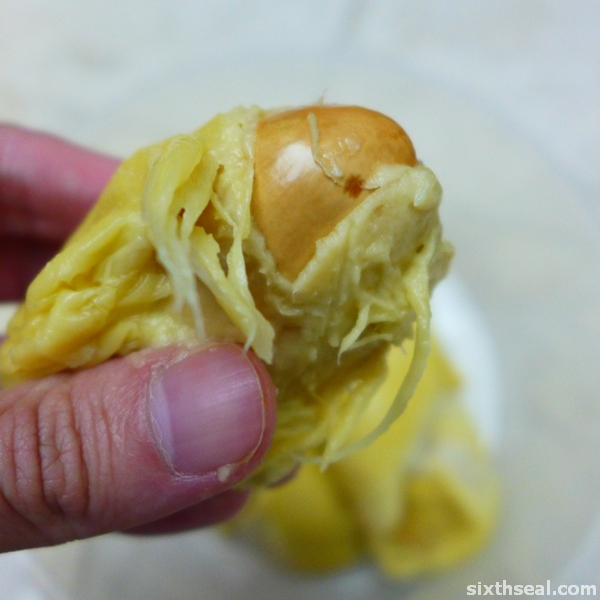 It’s good though. It’s very bitter and there’s really nothing mystical about this – it’s named XO (after the extra old designation for cognac) but it’s not alcoholic (unless you ferment it). I can best describe it as you having a BITTER aftertaste in your mouth at the back of your tongue even hours after eating it.

XO durian season is over so if you want some late season ones, better get it now. It’s delicious! 🙂