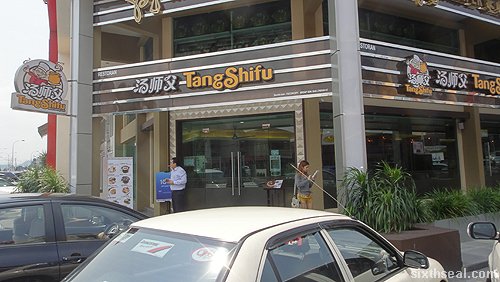 Tang Shifu literally translates to “soup master”. I was surprised that there is a place which has soup as the predominant feature of it’s menu. There is just a token nod to other dishes (probably half a dozen or so) but their menu is filled with pages and pages of soup! 🙂 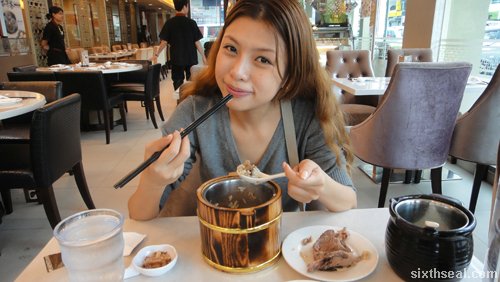 I went there with Cheesie last week for lunch. I didn’t feel like eating a huge meal and a place that serves up soup (no, it’s not a soup kitchen) sounds pretty appealing to me so we headed over to Tang Shifu. It is actually a franchise with most of it’s branches in Johor but there’s two outlets in the Klang Valley. 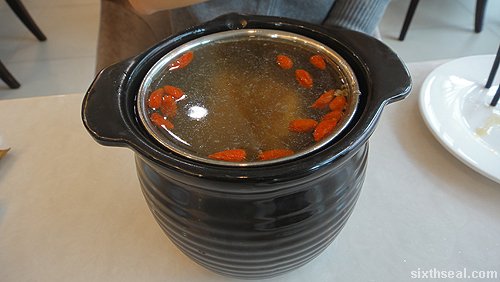 American Ginseng Bei Qi Sharks Bone Chicken Soup (RM 19.90)
This is supposed to be a souped up version of chicken soup. It claims to replenish blood cells, calms the mind and nourishes the lungs. Ringo had this for lunch. 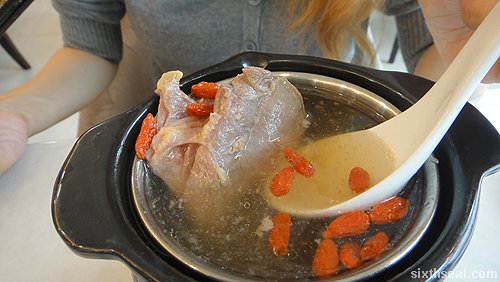 I like how they serve it – it comes in one of those containers you use for Cantonese style double boiling soup. 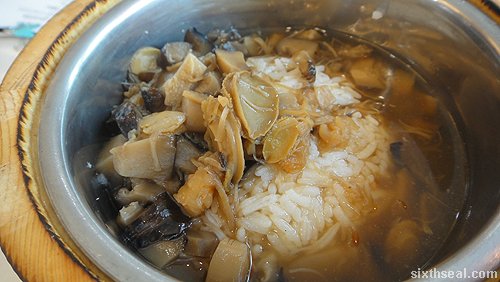 Dried Scallops & Petite Abalone Mixed Rice (RM 15.90)
To be honest, I ordered this one coz it looks good in the menu. Heh. It’s supposed to nourish and strengthen your physique and I like how they mix the steamed rice into the soup. 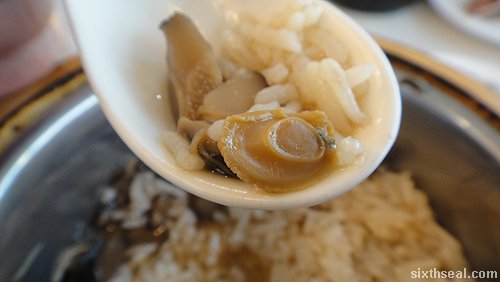 I’ve never seen abalone like these either. The petite abalone is *tiny* – it’s the size of a piece of contact lens…that’s how small it is. It tasted pretty healthy (which means it’s blander than the stuff I normally eat) and you have to consume it quite rapidly before the rice starts soaking up the broth but it’s good soup. 🙂 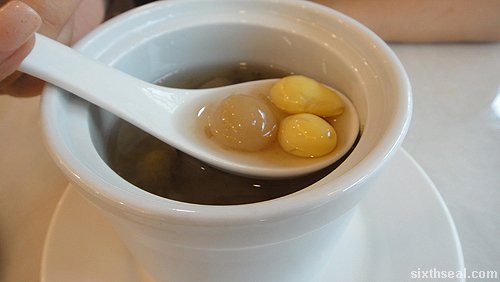 Snow Jelly with Gingko (RM 8.90)
This is Ringo’s dessert – it’s a classic one, and the menu says it revitalizes and moisturizes your skin, calms your mind and regulates breathing. 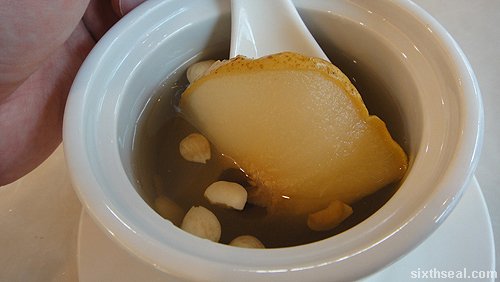 Dried Pear with Chuan Bei (RM 6.90)
I also went with this coz it looks appealing in the menu. It’s supposed to help with coughs and clear phlegm in addition to relieving heat. I don’t know about that but it tastes pretty good. 😉 It’s the presentation more than anything – the slice of dried pear with the assortment of other things you’ll usually find in a Chinese herbal shop in a bowl, chilled. 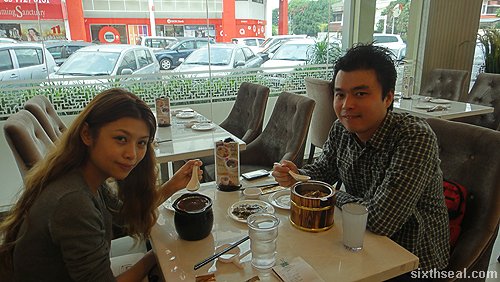 Tang Shifu has stuff like Buddha Jumps Over The Wall (RM 69.90) too. However, it doesn’t seem to be very popular – the lunch time crowd was decidedly absent, we had the place to ourselves except for two other tables and Tang Shifu is a huge restaurant…that specializes in soup. (of all things)