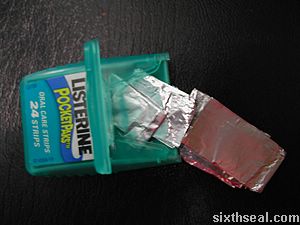 I have too many things to do so I’m going to keep this short. I had
a Class A meth induced freak out yesterday. It was my 5th day without
sleep and food (but plenty of meth and dexamphetamine), and I had
forced myself to half a pack of Tim Tams (chocolate biscuit, very
sugary sweet). I was browsing around when I felt my hands go completely
white like there wasn’t any blood. I was feeling very confused,
sweating, hand tremors, extreme dizziness and my vision was fucked.

I felt my blood pounding in my head, had sore muscles, my face was
crawling and my hands had parts that looked black too, which freaked me
out. I’ve heard something about hypoglycemia before and I searched for
it. I read some medical sites about starvation induced hypoglycemia,
reactive hypoglycemia after a high sugar meal stuff like that. I was in
a bad state of mind, and reading those made me worse coz I had those
symptoms. I spent 6 hours reading and debating whether or not to go to
a hospital.

Hmm…nah, I concluded, it’s just a meth freak out, not that
hypothingamajic. Sleep deprivation, overt CNS stimulation for prolonged
periods of time, you’re stressing that grey matter, not getting
starvation/reactive hypoglycemia. The symptoms came and went and I
thought okay, I’ll just eat something that’s not simple sugars to
re-stabilize…forced two small pieces of chicken about the size of a
thumbnail down and well, basically got worse.

The symptoms came again, even worse this time and I was really freaking out. Why?

Basically, they advice quick medical attention because you’ll damage
your brain the longer you wait. There was one site that said go,
because the risk of not going is permanent brain damage. Fuck, I
thought. I still didn’t want to go, but I was scared coz I had these
effects towards the end during the last long meth run (6 days) too.
Ketoacidosis, hemiparesis (I don’t even know what this is!!),
neurological damage. Medical terms swirling in my head…

I decided that it was just methamphetamine induced paranoia and
sleep deprivation induced erratic thought patterns. Nothing to worry
about, I’ll just pop a couple (maybe more than a couple, har har)
benzos, down some beer, smoke some weed, get some food in me and sleep.
Except, it got worse, and got me seriously worried about my mental
health. Brain damage!!! NO!!!!!!!!!!!!!!!!!!!!!! I’ve always held my
superior intellect (in my opinion :p) in high regard and I don’t want
to fuck that up.

I guess the last straw was when I couldn’t think or speak normally.
I was having trouble getting what I thought into words and my speech
was abnormally…well, abnormal. My precious brain is getting fried, I
thought. What if it’s really hypoglycemia and not meth paranoia? It’ll
be STUPID to not go for a checkup, when neurons are at stake. I flushed
all my drugs down the toilet and my friend (can’t name him coz that’ll
give away my identity) took me too the hospital. Thanks buddy, I owe
you one! 😉

Well, at the hospital, I had to wait for ages while the triage nurse
(the person that evaluates all incoming patients) fucked around. Most
triage nurses are bitches (and that’s a fact) but you can’t blame them
too coz it’s their job to sort out the emergencies and non-emergencies
for better efficiency. I’ve had experience with them before, I had to
wait for ages before I finally got approved after throwing up blood.
That time, I saw a guy with a broken arm cursing coz he had to wait
ages too.

I think you have to be 5 minutes away from death to get instant
approval from triage nurses. They have the “police syndrome” aka the “I
feel like God, I have so much authority bow before me lesser beings”
disorder. Anyway, I finally got a little bit of mini-God’s time and she
took my blood sugar with a tiny device that pricks the finger, all the
while telling me off. I have to say that not all triage nurses are like
this though, the previous one I saw was much nicer.

Well, she told me I had a blood sugar level of 6.7 which is normal
“and probably even better than mine” (her own words) and asked me
whether I wanted to see a doctor. I said no, because if it wasn’t
hypoglycemia, I don’t have to worry about brain damage. She berated me
for not eating (I didn’t tell her about my methamphetamine use – my
policy is disclosure on a “need to know” basis) and was a general
asshole about it. Regardless, I thanked her and stood up and she
impatiently asked whether I wanted to see a doctor again and I said no
(again). Major fucking bitch with a capital B.

Well, anyway, all is good except that I flushed good drugs down the
toilet for no reason. I know from experience that hospitals won’t
notify police or anything but try telling that to a paranoid delusional
after a meth binge. Anyway, I still have the symptoms but my conclusion
is that it’s just extremely high blood pressure from frequent meth
re-dosing. It went away after stopping and sleep. Did I really go on a
break? I’ve been using it too much, I don’t want to go into specifics,
but it’s too much.

Enough about that, yesterday was a great day for mushrooms but I
think that’s gonna be in a different post coz it’s completely
unrelated. Anyway, I didn’t think I did any serious harm, but my
intellectual abilities sure went down several notches today. It’s quite
noticeable and I’m still waiting for the verdict – benzo related
(temporary) or overheating + high blood pressure (permanent). Hope that
it’s the former, wish me luck people. =D Well, fuck this wasn’t short
after all. Ah…methamphetamine, you’re such a contradiction – my best
friend and my worst enemy.