Sarawak, MY. 29th February 2004. Leaping into the new leap year, the
city of Kuching today saw another clinic issuing a permanent script for
benzodiazepines to veritas, a seasoned doctor shopper who has managed
to obtain multiple legitimate scripts for restricted items as diverse
as dexamphetamine (which is the dextro isomer of the potent stimulant
amphetamine) to various benzodiazepines, including flunitrazepam
(Rohypnol, the so called “date rape drug”) at the same time in the past. 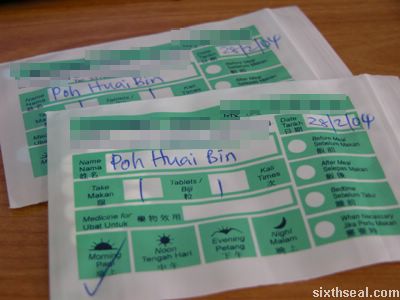 He has emigrated to the city of Kuching and successfully procured 2
mg of clonazepam (better known as Rivotril or Klonopin) and 10 mg of
diazepam (the chemical name for Valium), infinitely renewable every two
weeks in his latest exploit, which he called “Doctor Shopping Kuching
Edition Issue #5”. The dazed doctor was left saying vaguely “Someone
came in and said he has social phobia, is new to Kuching, has been on
benzos for years and told me what he was prescribed.”

“I don’t really know what happened after that. I think I tried to
change his script to antidepressants but he knew all about SSRIs, NARIs
and tricyclics, taking the words out of my mouth before I’ve even
formed them. He even knew about Buspar and said it made him feel even
worse before I wanted to suggest it. Before I knew it, I found myself
docilely writing out what he wanted and asked him to come back every
two weeks. I even asked him if he wanted an extra 2 mg of clonazepam! I
can’t remember what happened, just wisps of memories, but I know he
somehow convinced me to write a permascript for him…very persuasive
but polite young man though”, he added. 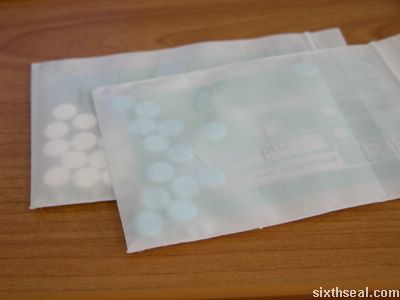 We asked medical professionals about their opinion in this new
development. One doctor, who only wanted to be known as Dr. Lah (names
changed to protect the innocent) said “I hate that motherfucker! He’s
undermining the credibility of medical professionals like us and
flaunting his exploits on the Internet! I found several blister packs
of Dormicum missing during my stock take…I bet he’s the one who
bribed…er, nevermind.”, and fell silent. When asked whether he knew
that veritas’s sister is also a doctor practicing in Christchurch, New
Zealand, he immediately asked “Really? How old is she? Pretty or not?”,
while the 70 year old, small statured man worked on discreetly removing
his wedding ring.

One doctor, on the condition of anonymity, was quoted as saying “I
don’t really mind at all. I’ll like to welcome veritas and all the
people like him to my friendly clinic. You know lah, nowadays in
Kuching, you throw one stone, you’re bound to hit two doctors on the
head. Hard to make ends meet you know! I rather eng eng and just take
in clients, I mean, patients like veritas, in and out, script
him and off he goes. I don’t care for those people with real ailments.
I mean yuck…plus there’re not loyal some more. Only come when they’re
sick. Hmph! How can generate consistent revenue stream like that? I
like people like veritas who comes in every two weeks for a guaranteed
income, er…I mean, to help him with his condition. I’ll like to take
this opportunity to tell everyone that yes, there are understanding
doctors out there! Call me ya!” 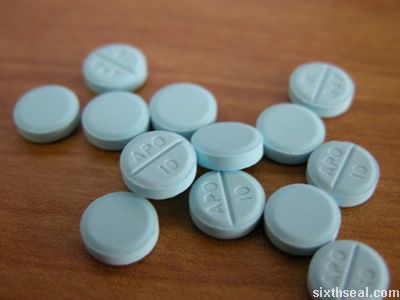 Another doctor added “I’ll like to see him try that shit with me,
I’ll hoot him upside down, then he know!” The doctor later requested
that his name not be published.

We also interviewed some passerby’s for their opinion regarding this
issue. The first one, Hee Poh Krit vehemently denounced veritas’s
actions, saying that his shenanigans makes it harder for “legitimate
people suffering from anxiety to get benzodiazepines”. He refused to
comment further when asked whether he’s on benzodiazepine therapy, only
saying, “I take these things strictly according to the doctor’s
instructions coz I would feel bad otherwise”, in a high and mighty,
self righteous tone before hurrying away.

The next civilian, called Koh Pee Kat also condemned the activities,
though he ended his statement by saying, “Er…actually, I only know
that there’s a cheaper alternative to 5 zai (the local slang for black
market Erimin 5, a tablet containing the benzodiazepine nimetazepam)
after reading sixthseal.com and castitas.com. I dunno a benzo from a
banzai before being enlightened and I now use his techniques to doctor
shop. I don’t want to give him credit coz he’s my competition now. Even
though you can say he’s my guru.”, he added, hanging his head. 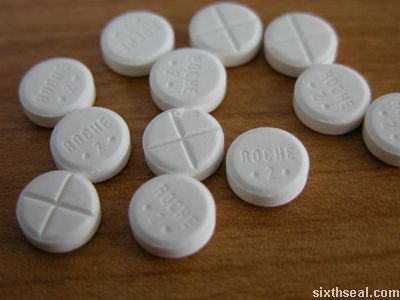 We finally managed to get hold of veritas and he only had this to
say: “Eh, help me keep track of my perma scripts okay? Dr Y (C) for 2
mg clonazepam and 2 mg lorazepam daily, refill every Saturday, Dr N (S)
for 30 mg phenobarbital and 10 mg diazepam daily, refills every other
Sunday and Dr K (K) for 2 mg clonazepam and 10 mg diazepam daily, go
for refills every alternate Saturday. Got it? Oh, and if I forget,
remind me first letter is the name of the doctor and second letter is
for the area. Thanks! Appreciate your help!”

When asked whether he knew that possessing multiple scripts is
illegal, he literally disappeared, leaving nothing but a person bearing
a remarkable resemblance to him who insists he’s not veritas but “Huai
Bin” and when asked about veritas, said “Who the hell is he and why
should we care for him?” before making a quick exit.

We do not know where or when the elusive veritas will resurface again, but we can be sure of one thing – he will strike again.