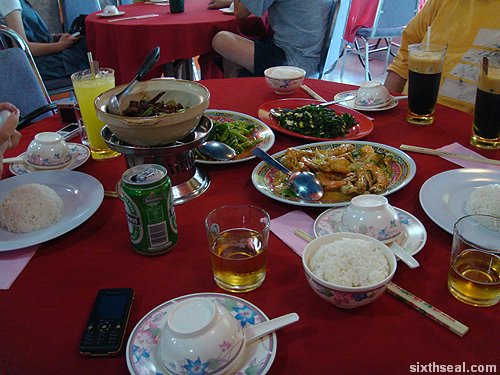 STP called me up this morning, awaking me from my slumber, to inform me that bongkersz a.k.a. Bong Chan Siong from KL has arrived. I called Mary up and told her to meet us at Ruby Restaurant to give bongkersz a dose of Sibu hospitality. 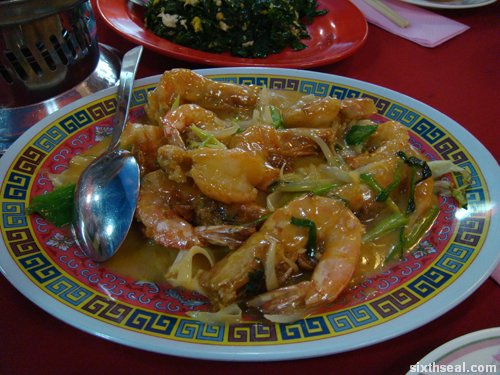 bongkersz has been craving for the butter cheese prawns from Ruby Restaurant and STP brought him there to indulge in The Good Stuff (TM). I arrived fashionably early due to my driving skillz (of which my repertoire includes running red lights and driving in excess of the speed limit) and Mary arrived fashionably late due to her being the tau keh nio that she is. 😉

This is STP’s famous ice blended coffee which I didn’t partake in, preferring to go for Heineken instead. Catch sixthseal.com on Wednesday, there’s a surprise in store for football (soccer) fans. 🙂 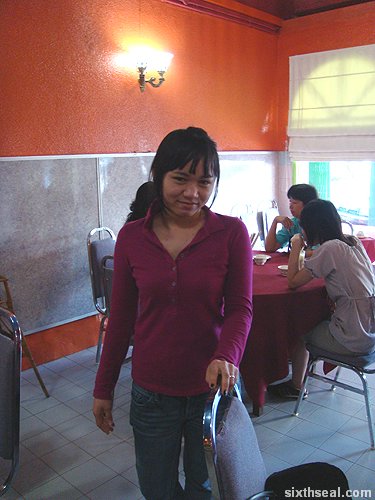 Mary is probably going to do an XY Chromosome post on bongkersz and we’re having this friendly competition going on, so I dragged the nearest XX Chromosome (which happened to be the waitress) for a photo shoot. 😉 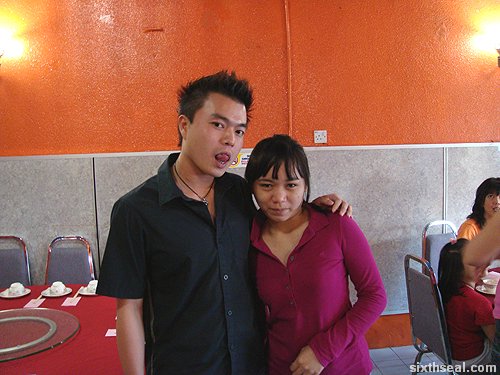 I have been told that my XX Chromosome entries are biased to a certain extent towards people of a similar ethnicity and I’ve addressed that issue in the annals of sixthseal.com – it’s not about racial relations but a more pragmatic reason – there are just more Chinese in Sibu than other races.

I have put this up once and for all to debunk the myth that the XX Chromosome category favors aesthetic looking people from a certain race. It doesn’t. XX Chromosome in sixthseal.com is pro affirmative action. =D