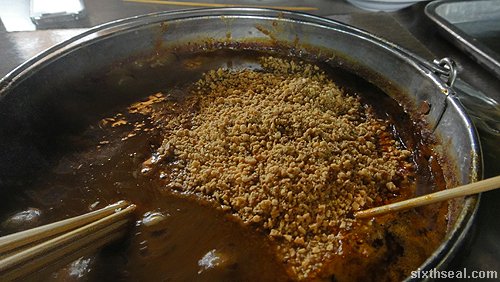 You can probably guess from the boiling pot of satay celup sauce above that I’m in Melaka…and you’ll be right! I’m writing this from Dream Hotel (where all guests drift off happily into the warm embraces of sleep) – it’s a road trip planned earlier with Mel to go stuff ourselves silly in Melaka. 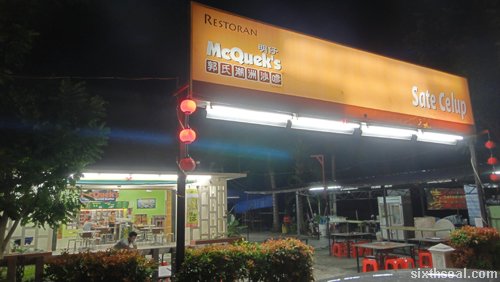 McQuek’s Sate Celup is not actually our first choice. We wanted to go to Capitol Satay Celup but for reasons unbeknownst to me, it’s closed. There’s a piece of paper on the metal shutters which presumably states the reason for that but not being able to read Chinese, I can’t tell you why it’s not open for business. 😡 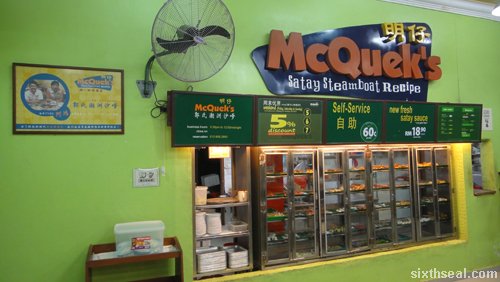 Thus, we checked the GPS and found a McQuek Satay Steamboat Recipe on it. It has parentheses that states it’s an outlet so we drove to the main McQuek Sate Celup. It’s quite a large establishment but also quite empty. I’m not sure if that’s coz today’s a weekday but it didn’t look very promising. 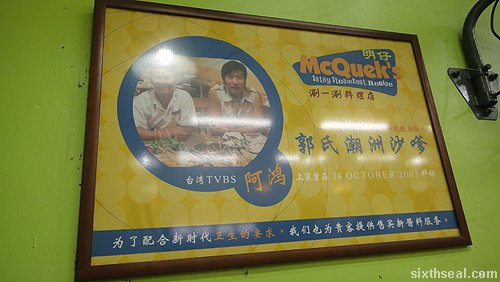 They apparently have an appearance on TVBS but that doesn’t mean much – almost anyone and their grandma can be featured on TV or the papers these days, hell I’ve made my appearance more than once and I’m definitely not an authoritative voice on anything.

(well maybe on one topic, my pride will allow me that much, but it’s definitely not food ;)) 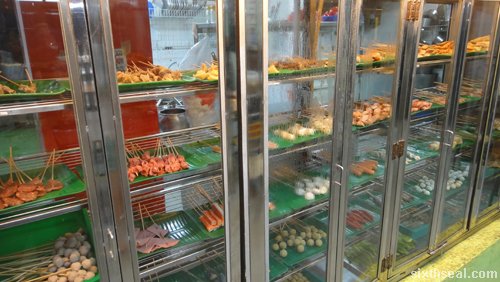 This is my selection from the fridge where the skewers of food is kept. The premise of satay celup is simple – you take what you want and when it’s time to pay the bill, the waiter comes over and counts the number of sticks you have on your table. I have to say though, I was not impressed by the meager selections they have – it’s less than half of what you’ll find at Ban Lee Siang. 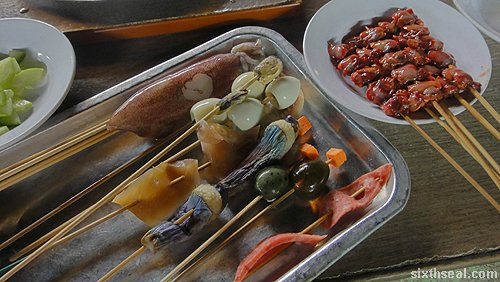 I also noticed the lack of perhaps the most important item – siham (clams). However, to be fair you can order it separately. 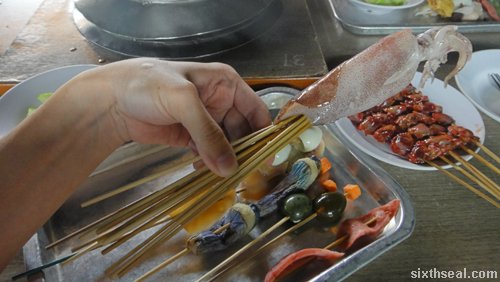 Behold my indulgence! It’s a full sized squid that has 11 (eleven – count ’em) skewers in it, making it RM 6.60 for that alone. It is pretty good though. I also had my staples – quail century eggs, cuttlefish, mussels, Taiwanese sausage, quail eggs, and brinjal (eggplant) – a nod to my daily food pyramid adherence. *cough* 😉 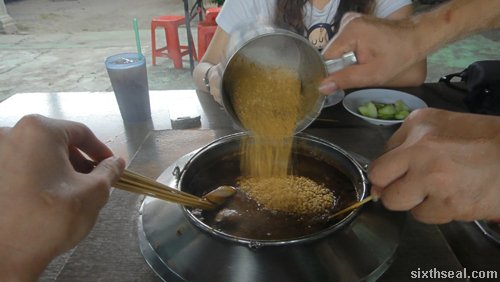 I like the fact that McQuek Satay Celup has excellent service – they promptly refill your communal pot of satay celup sauce – complete with a healthy sprinkling of ground peanuts. The people there are friendly too, asked where we were from and whether we enjoyed the food etc etc. 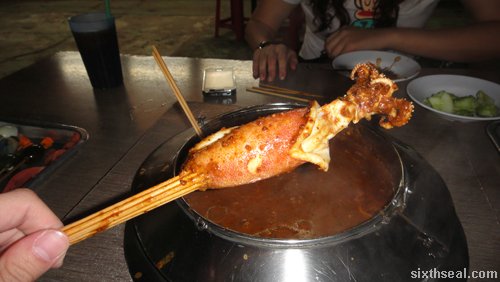 However, the lack of selection coupled with the non-compliant price of RM 0.60 per stick makes me wonder if there’s a reason why this place is so devoid of customers. 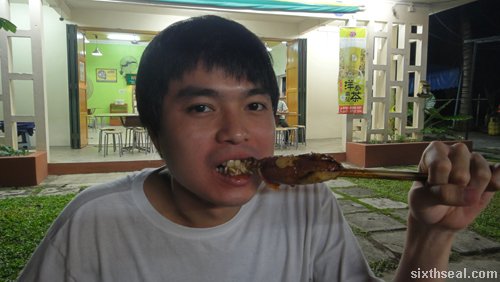 The problem with this is that the portions are small too – one (1) century quail egg with a miniscule bit of carrot on top is one satay. The “good” establishments like Ban Lee Siang and probably Capitol Satay Celup price theirs at RM 0.50. It’s the golden standard. 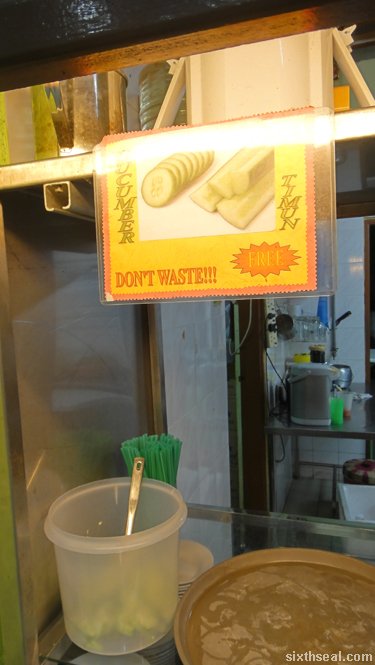 Oh well, at least they have free cucumbers. 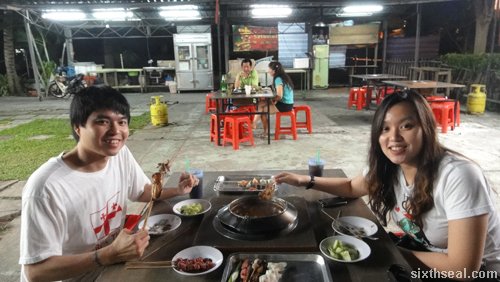 I can’t say that it’s the best satay celup I’ve ever had, it was very average, but no worries, tomorrow is another day and we plan to eat a lot of meals in Melaka. I can foresee at least 3-4 meals before we head back, there’s a reason we stayed at a crappy hotel – so we can eat more. 😉