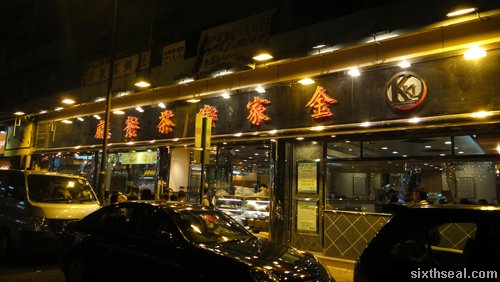 Cha Chang Teng (literally tea houses) is the equivalent of mamaks in Hong Kong. They’re everywhere and they cook up a fusion of East-meets-West cuisine. The waiters are loud, the place is packed and the locals all wind up eating there at some point or another. 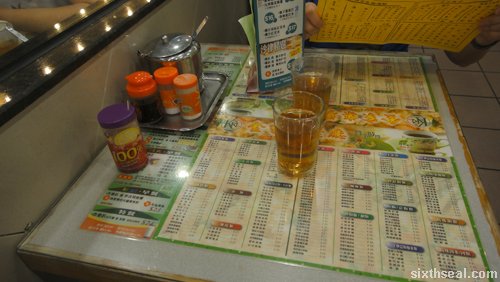 You’ll be served with Chinese tea (complimentary) as soon as you sit down and since I can’t read Chinese, my ex patiently narrated the daily specials for me. 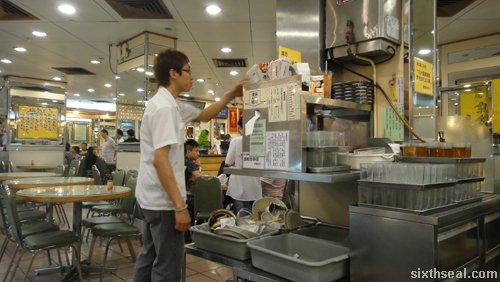 I later found out that they have an English menu. It is a significantly abridged version of the Chinese menu, but it’s available. 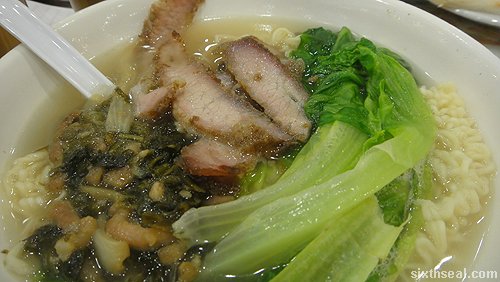 I went for a HKD 24 (RM 10) noodle dish which contains slices of char siew (barbecued meat), bak choy and pickled vegetables. It came in a thin broth but was surprisingly good. You can choose the noodles you want – I went for the ramen-like instant noodles. 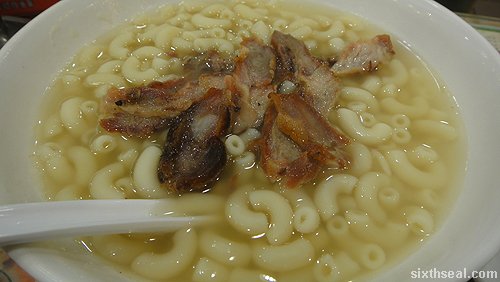 My ex had the bizarre macaroni meets pork slices in soup. It costs HKD 36 (RM 15) and comes with a side order of… 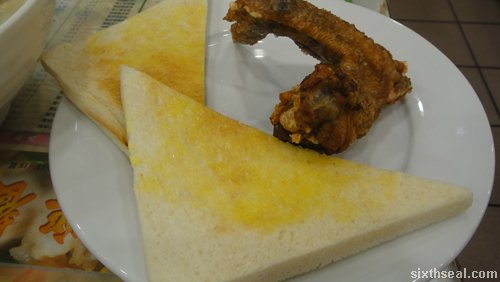 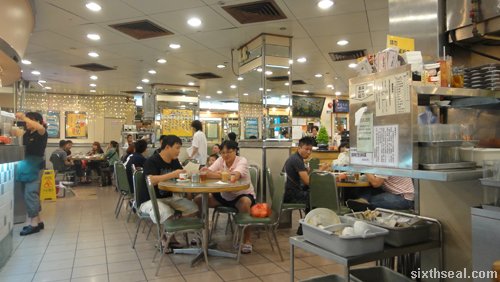 I didn’t quite like her dish though. The macaroni fusion idea wasn’t executed very well. It sounds like an intriguing dish but it tasted rather bland. 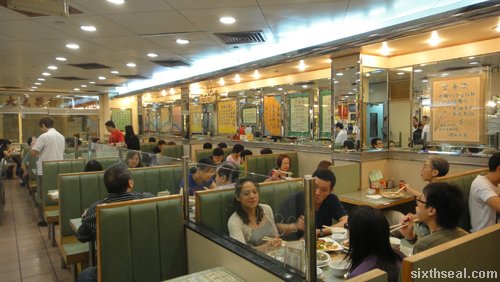 However, I highly recommend their milk teas (nai cha). It’s brewed strong and tastes a little like our teh tarik minus the bubbles. 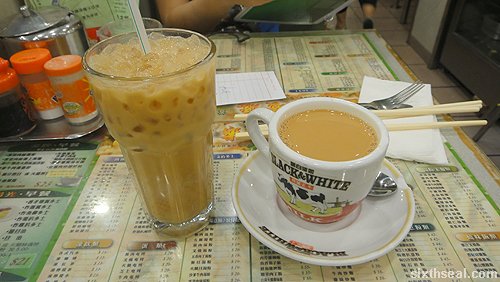 There is a very popular evaporated milk brand called Black & White which they use liberally in their tea. The cup and saucer even comes with the brand of the above mentioned milk embossed on it. 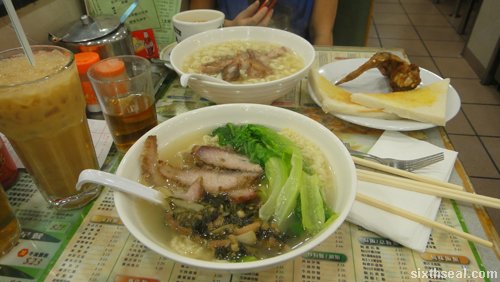 I highly recommend going to a char chang teng when you’re in Hong Kong. The food can be hit and miss but you’ll have plenty of options – both inane and out-of-the-ballpark weird. There’s also something very appealing about the ambiance – the loud conversations, the shouted orders, the waiters jesting with you. 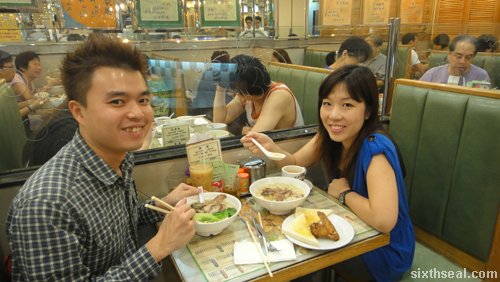 It’s the definitive Hong Kong epicurean experience. You can’t get more local than this. 🙂