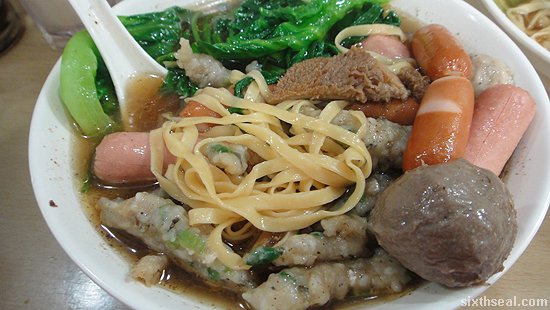 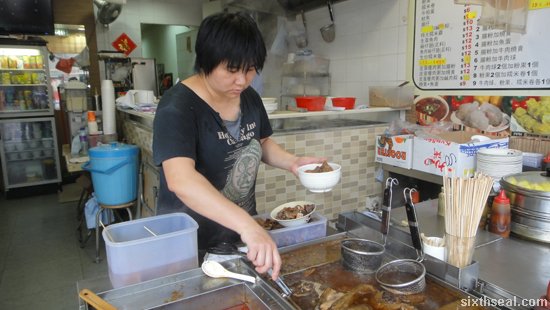 These wonderful push carts carries a mind boggling array everything from pork, eggs, veggies, beef, offal and of course, the all important fishball. 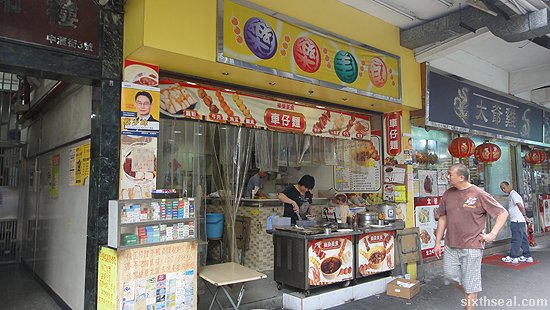 You choose the ingredients you want and it’s served up in a huge bowl with noodles and hearty beef-flavored broth. 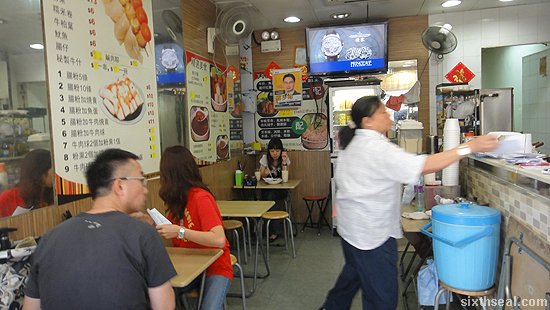 This is one of the local delights that you just have to try out. I first saw it in a Stephen Chow movie. Heh. The shop that we went to has very limited seating but that’s part of the deal – it adds to the ambiance. 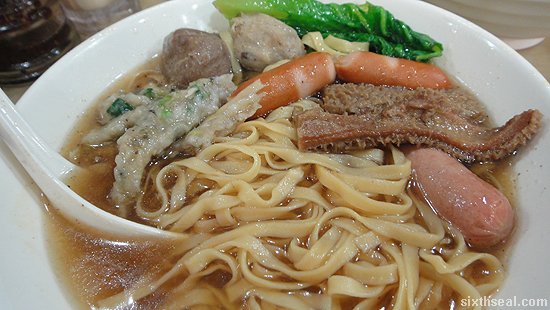 This is Jeanie’s bowl – it has a fish slices, meatballs, sausages, stomach and some vegetables. Each ingredient you choose adds to the total price of the dish. 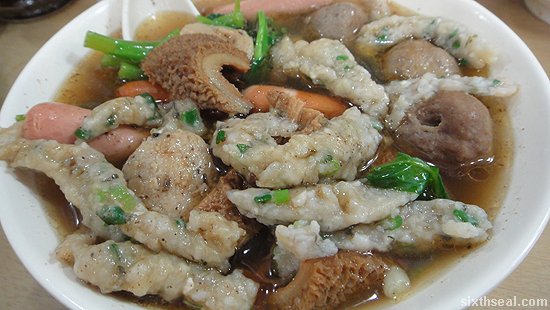 My very own che jai meen is much more opulent. I think I ticked half of the options that were available and would have gone for more if the cook had not stopped me and said it won’t fit into the bowl. You can barely see the noodles as it is. 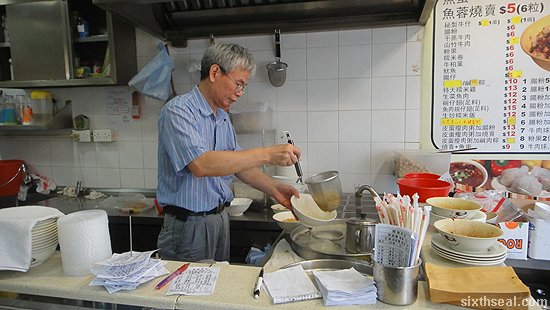 It makes for a very hearty breakfast – the piping hot broth is flavored with a stock that tastes as if it’s been boiling for a long time. However, the beef balls is hands down the highlight of the che jai meen. The huge beef balls practically squirts its juices when you bite into it and it’s springy and chewy. Superb! 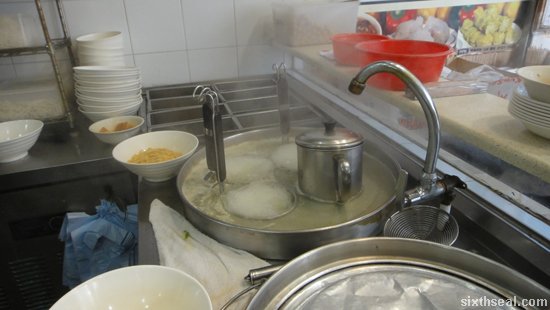 Hong Kong does beef balls really well – it seems to be a cultural thing and a pride of the nation…but don’t quote me on that as I gleaned the information from Stephen Chow’s God of Cookery film. 😉 However, it is one of the most delicious bowls of noodles I’ve ever tasted in my life – it ranks up there with the best! 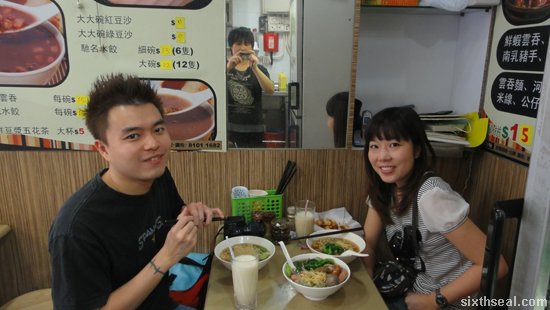 Don’t forget to order the beef balls when you’re eating from a humble che jai meen stall in Hong Kong – it’s delicious and probably one of the best you’ll taste in the world. 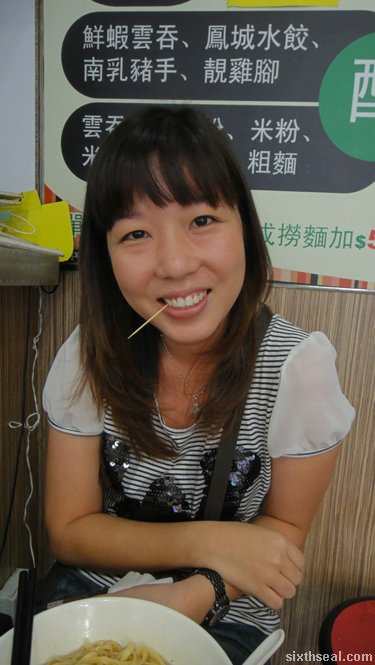 …and if you’re up to it, you can do like the locals do and stick a toothpick in your mouth after the delicious che jai meen meal to clear any pesky debris sticking to your molars. I’ve never seen Jeanie use it before but she seems to have gone native during our trip there.