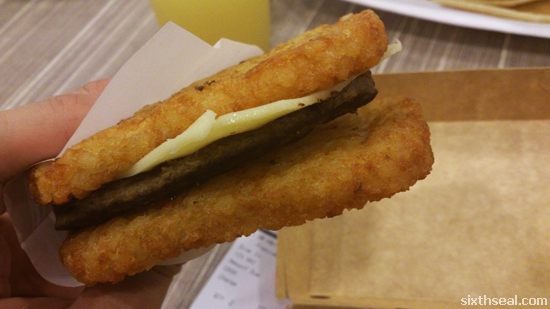 This is a breakfast menu item from the fast food franchise giant Jollibee. Jollibee is all around the Philippines, you can literally see one at every street corner in Manila. I had this at the airport just before flying Cebu Pacific Air to Boracay. 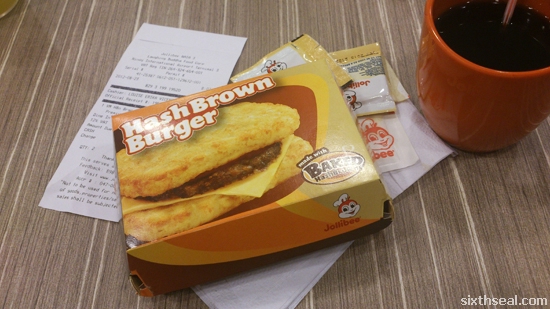 The Hash Brown Burger is made with a 100% pure beef patty and a slice of cheese sandwiched between two golden hash browns. 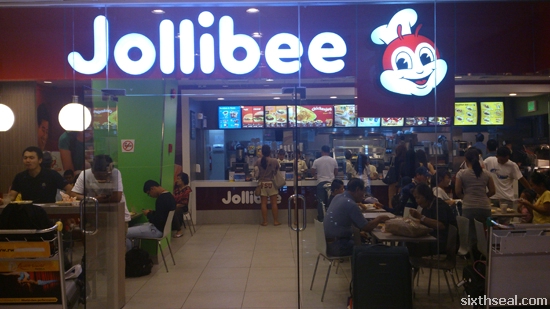 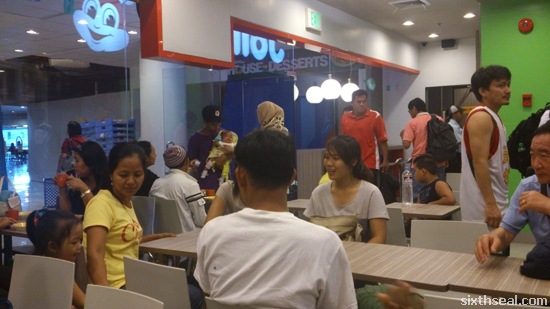 I love how the crispy hash browns substitute the traditional burger – it’s crunchy on the outside and moist and tender on the inside, which makes the hash browns a much better bun! 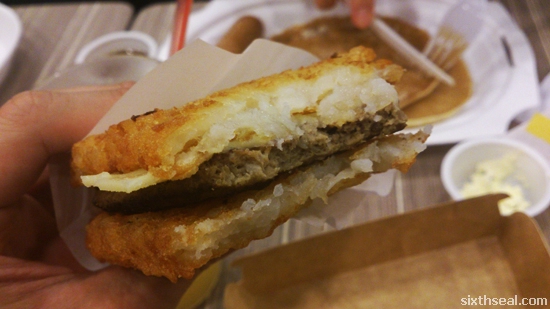 It’s delicious stuff! I wish they had it here but I reckon you can make your own using hash browns and removing the patty from a regular burger. 🙂 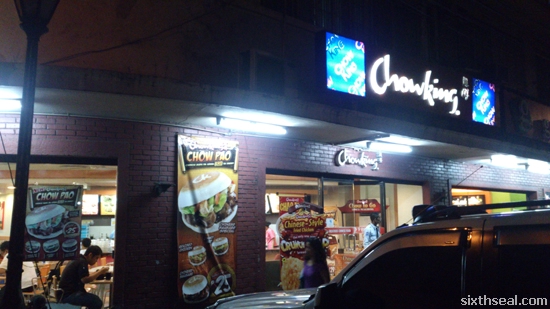 This comes from Chowking, a large fast food franchise specializing in Chinese food in the Philippines. The interesting bit is that they use a Chinese style pao instead of the usual burger buns. 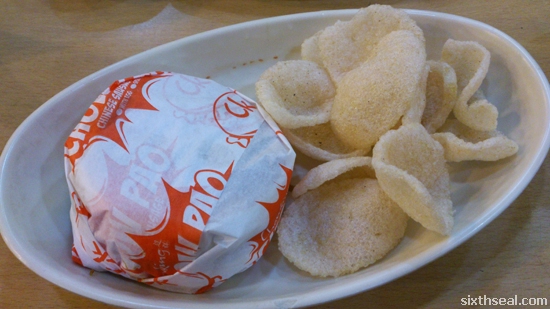 It’s even stamped with a “Ck” for Chowking on top. It looks like a typical burger bun but it’s actually a Chinese pau – the taste and chewy texture is spot on! 🙂 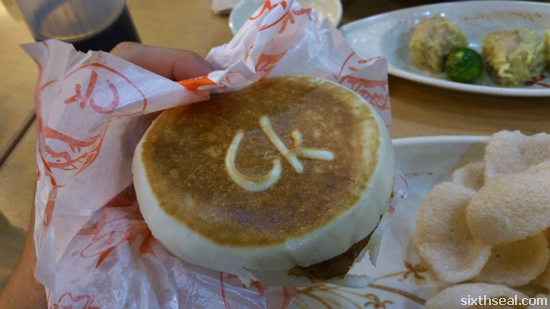 I find that it absorbs the sauces of the ingredients well, but doesn’t over-saturate it – it’s a perfect burger bun substitute! 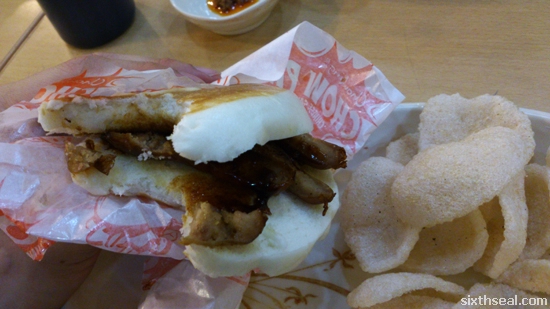 I had the one with the Chinese pork sausage (lap cheong) inside for 39 pesos (RM 3) inclusive of chicharap (prawn crackers) and a drink right outside Intramuros. 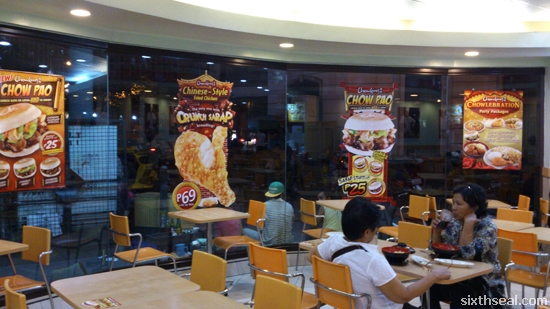 It’s ironically called Chowking’s Chow Pao – which means something totally different if you pronounce it the wrong way. Heh.

32 thoughts on “Two unique burgers from the Philippines”