Has anyone heard of a Golden Swallow durian? 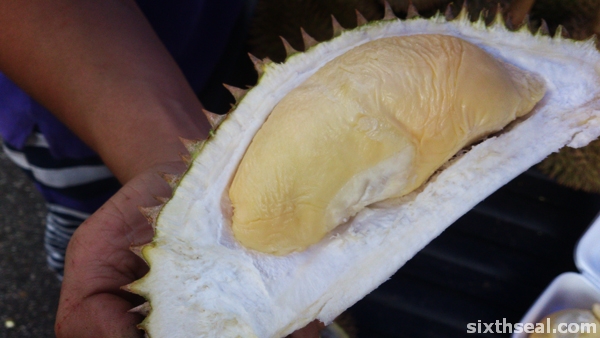 I was out getting some durians when I came across this stall explaining the virtues of this particular strain of durian to an elderly lady. He didn’t pay much attention to me as he made his pitch – it’s called Golden Swallow (jin yan zi) and it’s very popular in Singapore. 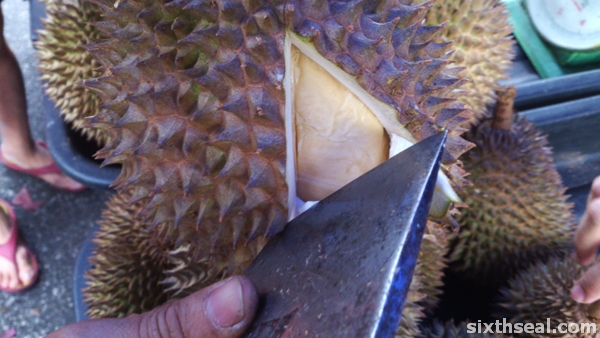 This Golden Swallow durian sounds a little like Golden Phoenix to me (except the latter is called jin feng) and apparently just a few of these babies drop in the orchards each day. The durian seller only had two and the lady bought one of them. 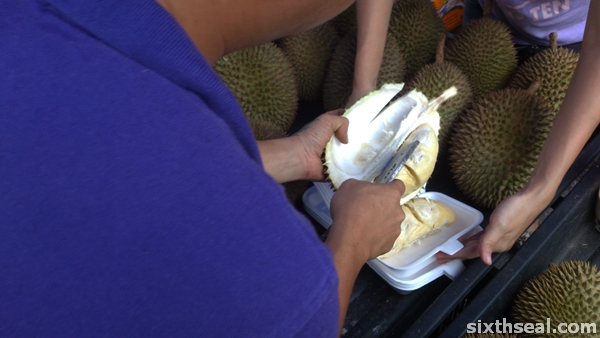 I was intrigued when he opened it up – the flesh looks really good – yellow with a reddish hue and I asked the durian seller how much it was. He quoted me a price of RM 8 / kg which is about the same price as XO strain is right about now. 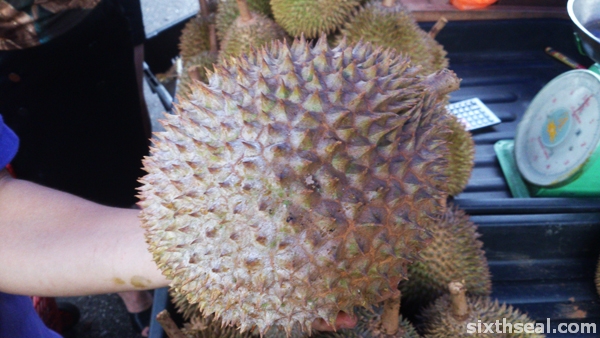 He started doing his pitch again, this time to me, and I told him I heard what he said to the lady. I was more interested in the origins of the Golden Swallow – the dude, named Ah Ti, usually operates out of SS3 in Petaling Jaya and they have their own orchard, from which comes this new durian.

Well, it’s new to me coz I haven’t had it before. 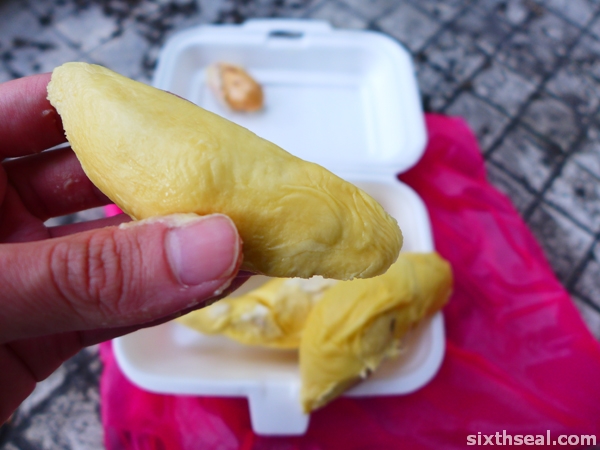 I told him I wanted two but he said he only had one left after selling the other to the lady and opened it up for my inspection. It looks good and I haven’t had a Golden Swallow durian before so I bought the one that was left. It’s 1.7 kg but the guy gave me a discount and sold it at 1.5 kg – RM 14. 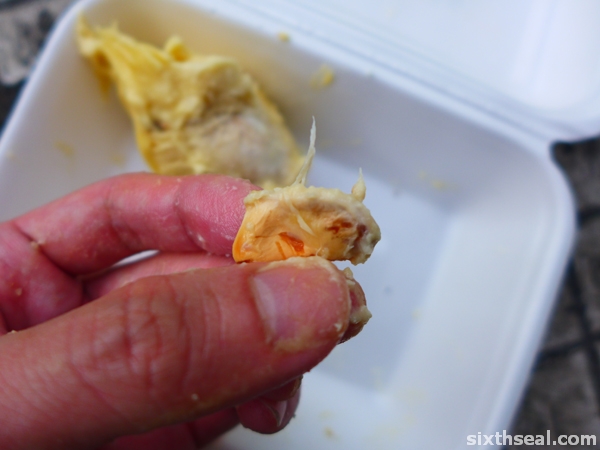 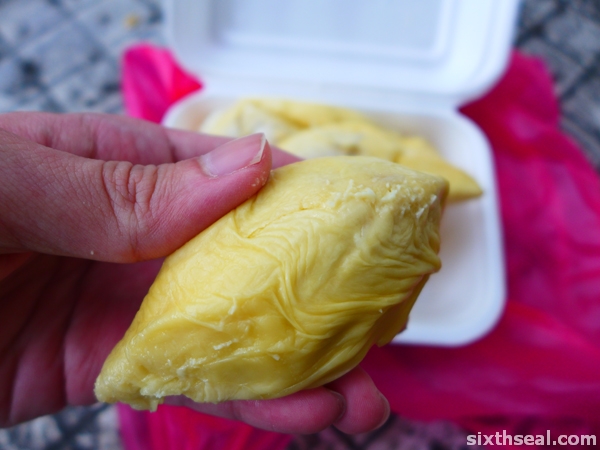 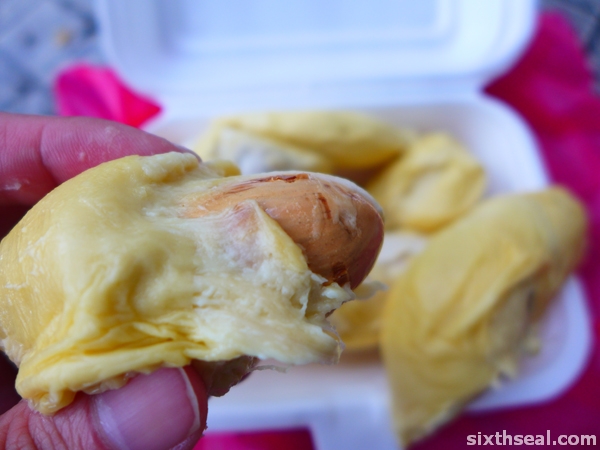 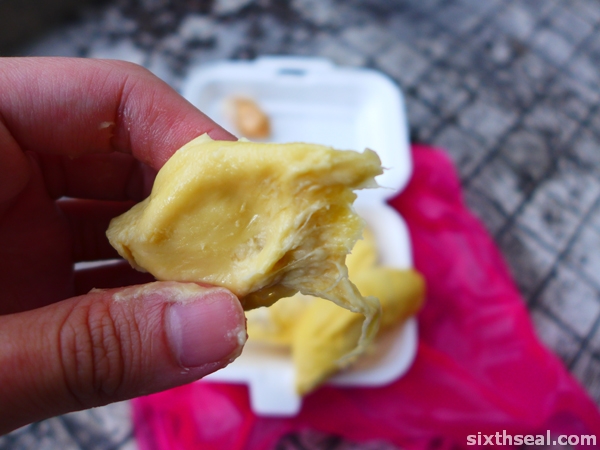 Followed by a tiny one… 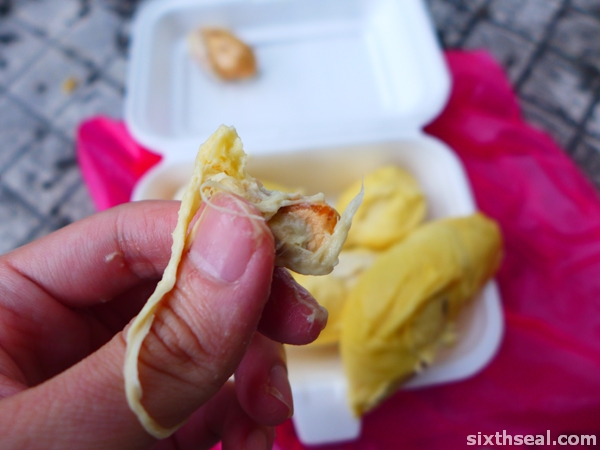 It’s the same large-tiny arrangement throughout the segment! 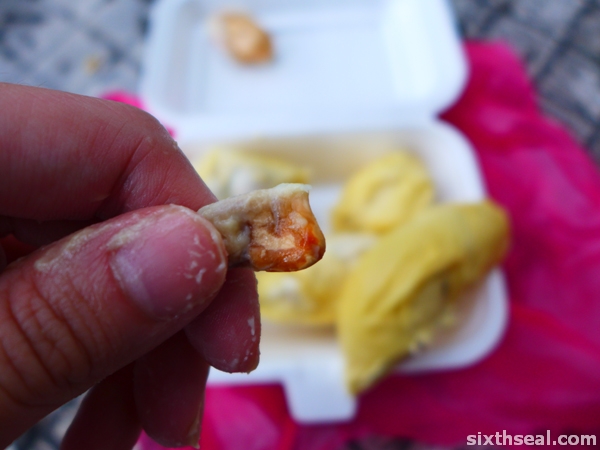 The dual configuration seeds is perhaps the most telling aspect of the Golden Swallow. It looks like this: 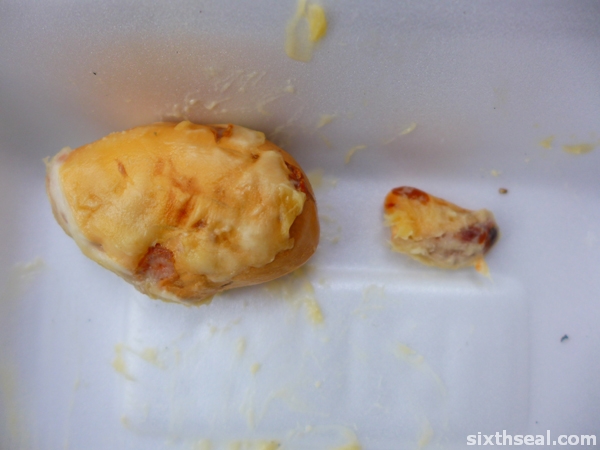 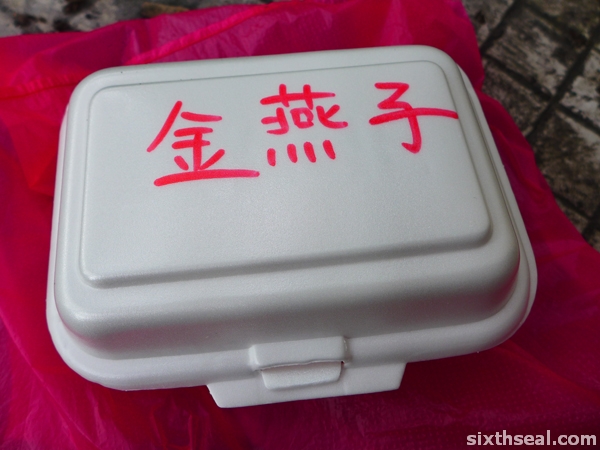 I think I might have accidentally eaten that last tiny seed. It’s smaller than my fingernail! I got the person to write down the name in Chinese for me on the box and I got his number so he can tell me when there’s a fall in his orchard. 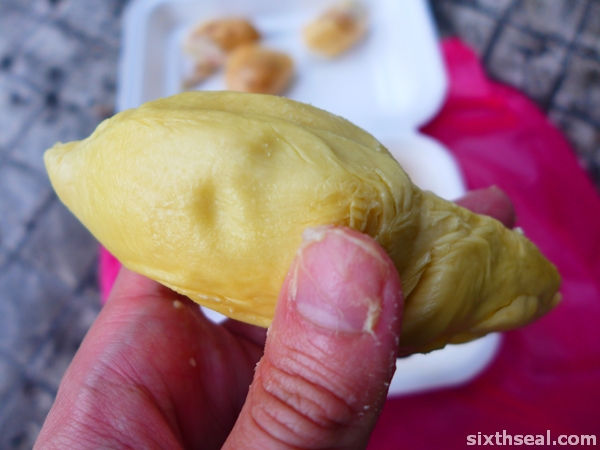 I reckon this Golden Swallow durian is absolute value for money if you like durians with the taste notes above. It also has a characteristic huge-tiny seed configuration that’s consistent throughout the entire durian. It’s always in a pair – each segment will have one large seed and one tiny one, the size of my fingernail. 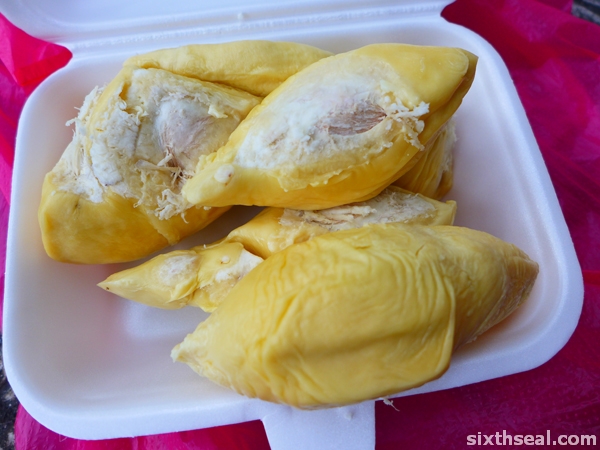 I can see why it’s called Golden Swallow if the seed configuration is that unique.

Has anyone heard of this strain/cultivar? It’s called Golden Swallow and I think the most distinctive part about it is the seeds. Just look at the tiny-large seed consistency in one segment below! It also has wrinkly skin that barely holds in the deliciously bitter creamy flesh inside. 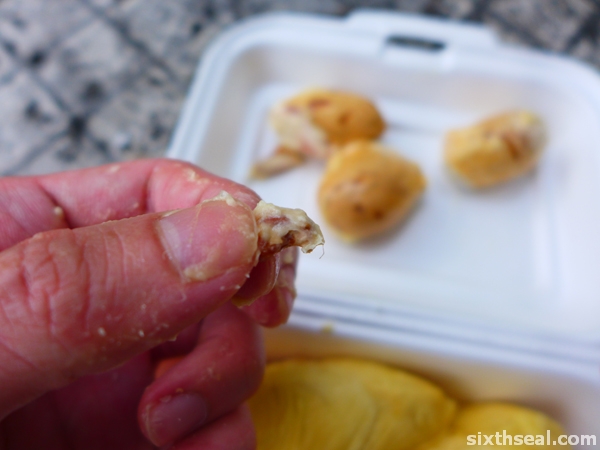 I would definitely buy it again – it’s cheap right now at RM 8 / kg and a truly remarkable durian!