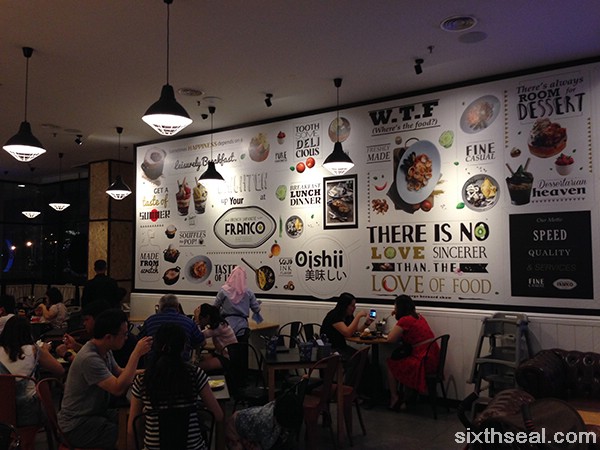 French-Japanese cuisine? I must admit, it piqued my curiosity. My better half told me about Franco and we decided to pop over to 1 Utama and have dinner there. I’ve heard stories about long queues so I’ve largely given this place a pass since it changed its name from Miam Miam. 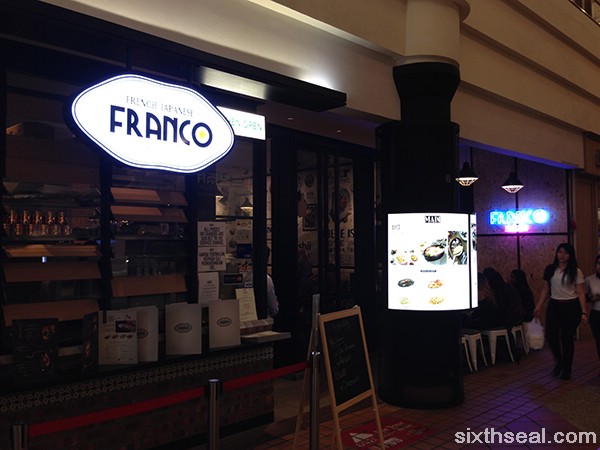 Franco sounds a lot more appealing than Miam Miam. They have a short, but sweet menu. It’s the total opposite of some F&B outlets who list around 100 items and do all of them badly. Franco only has a few pages in their menu and a LTO (Limited Time Offer) specials menu to go with it. Very French. 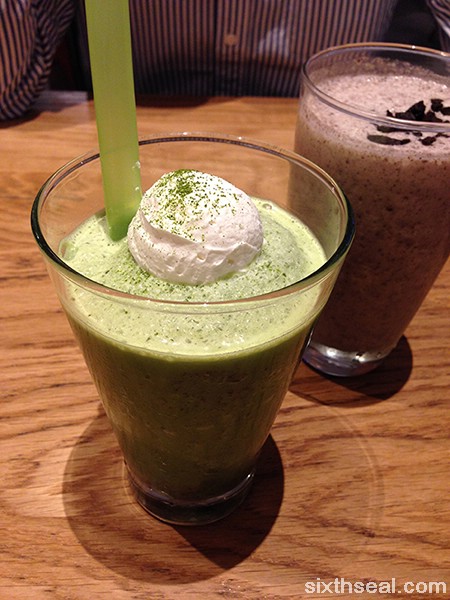 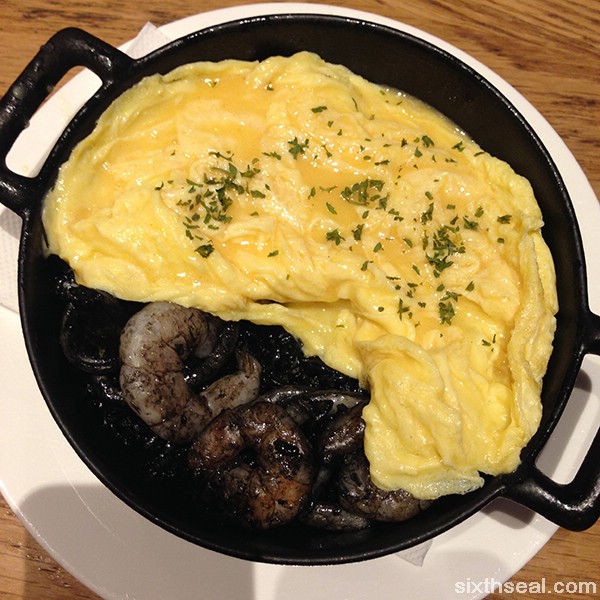 Squid Ink Rice with Assorted Seafood & Omu Egg (RM 30.80)
This is my main! I thought it sounded like a nice concept on the menu so I ordered it. It turns out to be an even better dish! There were prawns, squid and even a mussel to go with the well-cooked rice (you can see individual grains). The squid ink rice was very flavorful – slightly salty and infinitely savory. The sweet omelet topping this dish is the proverbial icing to the cake. Delicious! 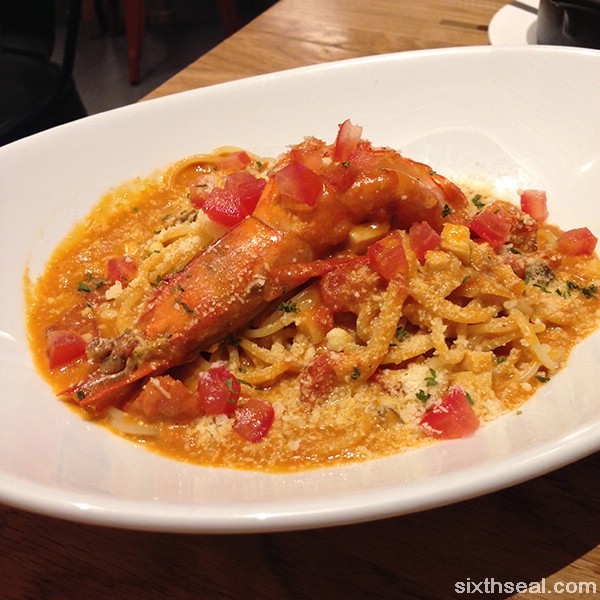 Lobster Bisque Pasta (RM 31.80)
My dear had this one for her main. It comes with just one (1) tiger prawn but that’s not too bad considering my hometown charges even more for a similar dish (but with a very different species of prawn). The lobster bisque that the spaghetti was tossed with is perfect, and we both enjoyed this dish. The menu states that this contains traces of alcohol so I’m guessing this place isn’t halal. 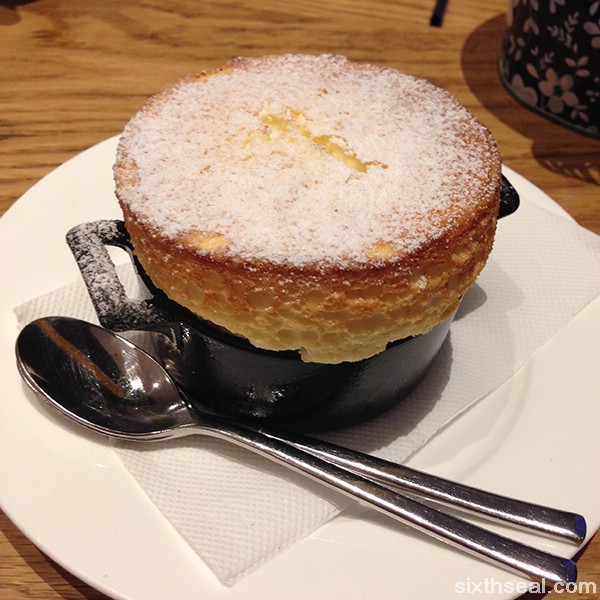 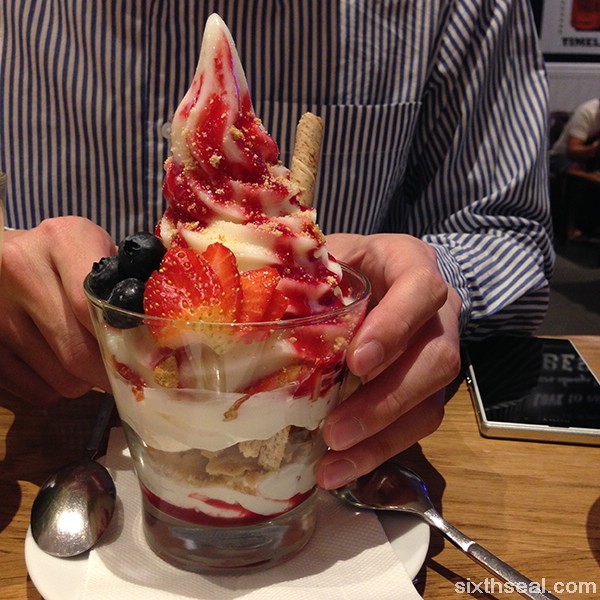 Berries Cheesecake Parfait (RM 15.80)
Our server complimented me on this order and I wasn’t disappointed. It really tastes like cheesecake! It’s not very overwhelming either since the acidic elements cut through the richness. There’s the roughly crumbled base (graham crackers) as the bottom of the parfait, layered with smooth Philadelphia cream cheese and topped with frozen yoghurt. There are also fresh berries scattered on top and I joked that if they were Driscoll’s the blackberries alone would cost RM 1. 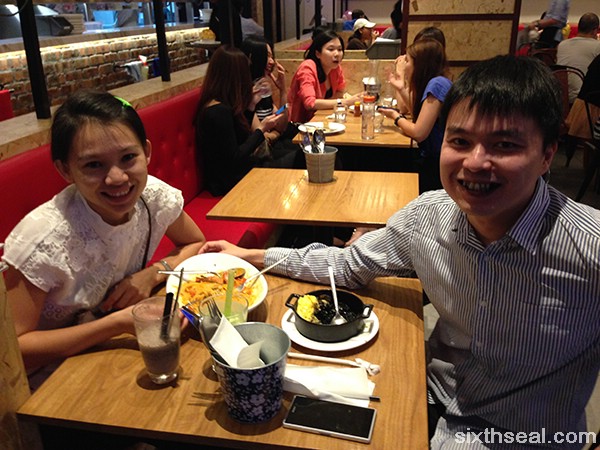 Overall, we had a great dinner at Franco – the service was excellent, helmed by Angel, our server/greeter. The food was surprisingly good, my expectations were very much exceeded. The meal cost RM 138.40 for two pax and that’s about the average price for dinner at a similar establishment. We’ll definitely be back!