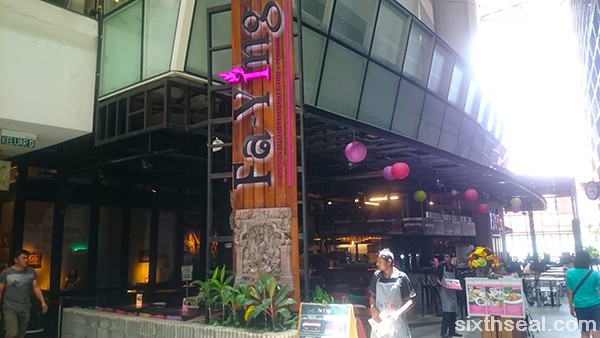 Fa-Ying is billed as a “modern Thai” restaurant and bar and it’s the casual offshoot of Rama V (which calls itself fine dining). Thus, the official name is Fa-Ying by Rama V. Fa-Ying is located in Paradigm Mall and since we haven’t had Thai food in a long time, we popped over for a meal. 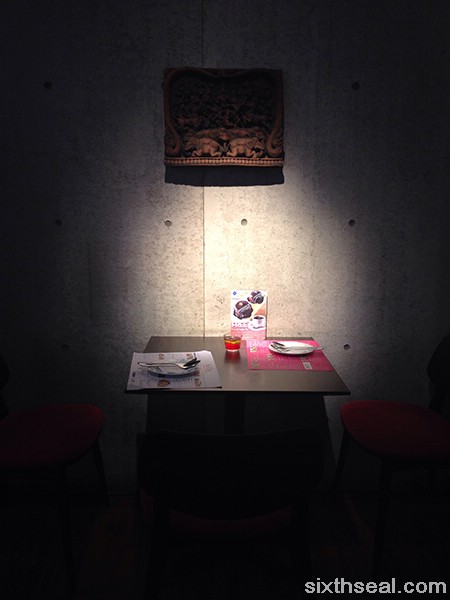 Fa-Ying has a compelling set menu for 2 pax for RM 69.90 but we decided to order a la carte so we could choose what we wanted to eat. The place actually looks more like a pub than a restaurant – the large al fresco and bar seating area is too hot for us so we popped inside, which can only seat about 20 or so people. 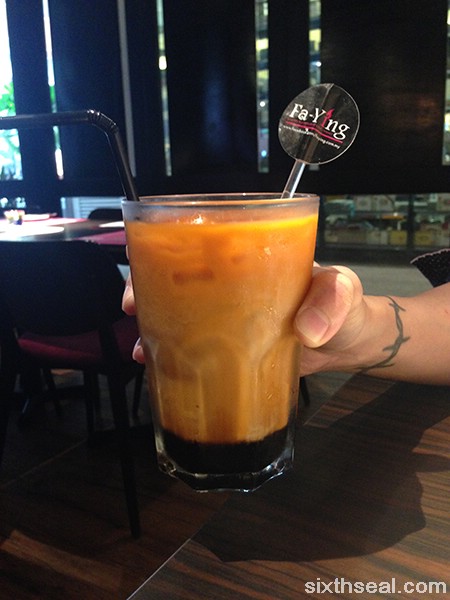 It’s quite a small place inside, but surprisingly cozy. My dear had their Lemongrass Soda (RM 12) while I opted for the Iced Thai Milk Tea (12). 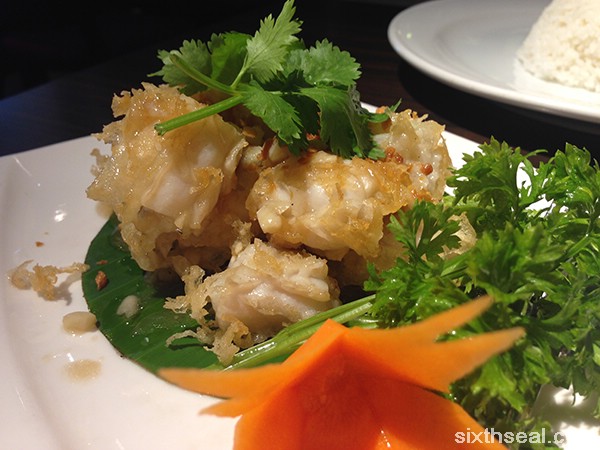 Deep-fried Squid Topped with Crispy Garlic (RM 20)
My better half ordered this one and it totally blew us away when it was served. I thought I was eating a very well cooked piece of fish, that’s how flaky and tender the entire thing was. I actually mistook it for another softer seafood! It’s not how I imagined deep fried squid would taste like – this was just dipped into the hot oil for a short while so everything is still soft (but not chewy) and the crispy garlic topping it adds a nice texture to the dish. It tasted clean and inoffensive, very moreish. 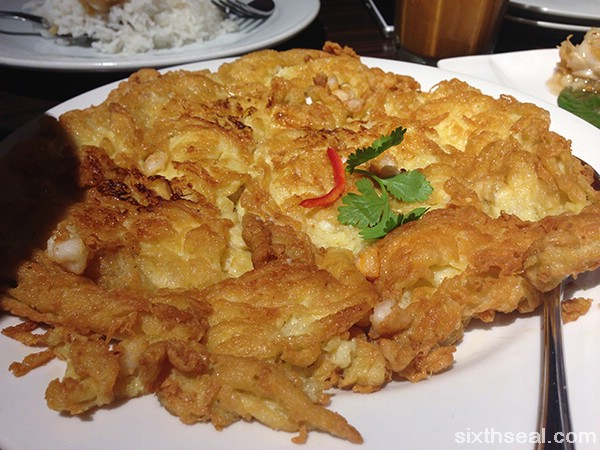 Crispy Thai Omelet (RM 14)
There are options for plain (RM 10) and prawn (RM 14) and we went for the latter. The shrimp that comes with this omelet are on the small side (think of the ones you get with char kueh tiaw / pad thai but smaller) but for RM 4, I guess you can’t complain. I like how the high heat of the wok makes the omelet crisp / bubble up in a distinctively Asian way. It’s pretty oily but that’s part of the appeal. 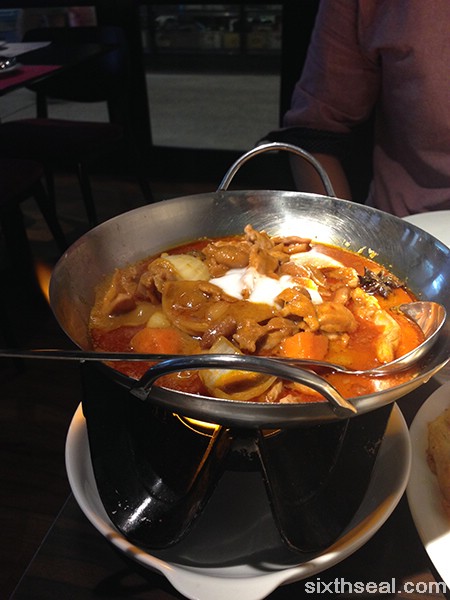 Massaman Curry (RM 19)
There is an option for chicken (RM 19) or beef (RM 22) and since my dear doesn’t eat the latter, we went for the chicken instead. Massaman curry is an extremely delicious curry which I first had during one of my visits to Thailand. It’s made with pineapple juice (!!!) and the massaman curry paste comes from spices that aren’t frequently used in other Thai curries. 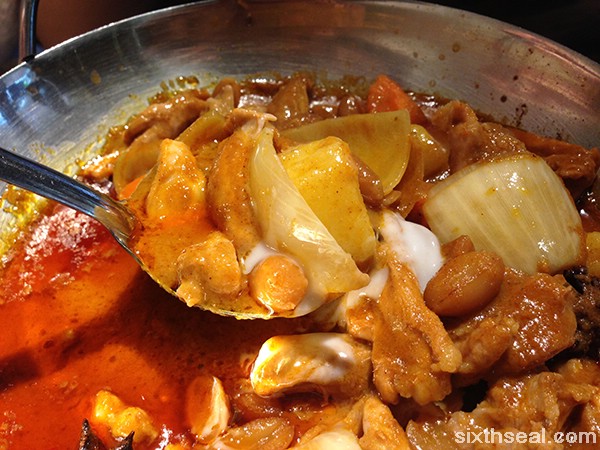 One interpretation says that it originates from Southern Thailand (where it’s derived from the Malay word for sour – masam) but regardless of how it came by, this was one of the best dishes I’ve had in a long time. The massaman curry was perfect – very flavorful without being overly spicy, and you can taste the slightly acidic elements together with the spot on chicken. Yummy! I love how they serve it on a heat source with flames licking up into the bowl too. 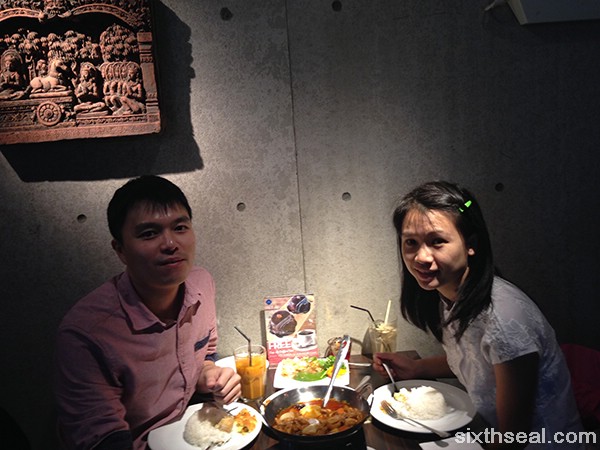 It was a very good meal and both of us enjoyed the food very much. The lunch at Fa-Ying by Rama V cost us RM 96.28 which is a fraction of what we’ll pay in Rama V. The service at Fa-Ying is passable but not as good as their flagship Rama V. Nevertheless, it’s was a great meal in a more casual setting, which is what Fa-Ying is out to achieve. We’ll definitely be back here again. 🙂