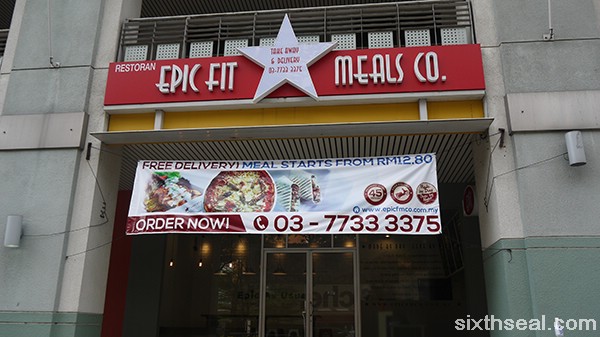 Epic Fit Meals sounds a lot like Epic Meal Time – the legendary YouTube sensation which later jumped into the silver screen. However, the concept between the two couldn’t be further from each other – it’s like the difference between night and day. 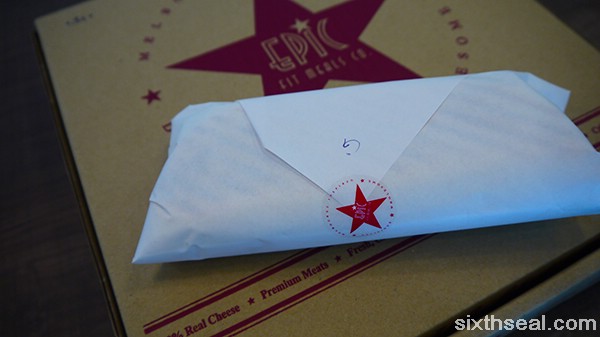 The latter celebrates excess – lots of bacon, whiskey and ridiculously large portions while the former is part of a new delivery-centric food revolution that focuses on healthy food. Epic Fit Meals is actually quite close to where I live and they also deliver to my area but I decided to drop by to meet Wick Kee, the guy behind Epic Fit Meals, when he invited me over. 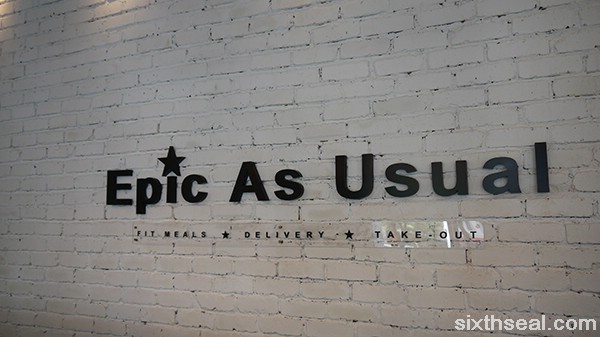 Wick Kee is also from Melbourne. We actually studied in the same university, same campus – Clayton. We’ve also both stayed at the UniLodge – a popular university frat house lodging place in the middle of Melbourne CBD (although I hear it’s not so wild now). I was very intrigued when he said he’ll be bringing Melbourne style cuisine to Malaysia. 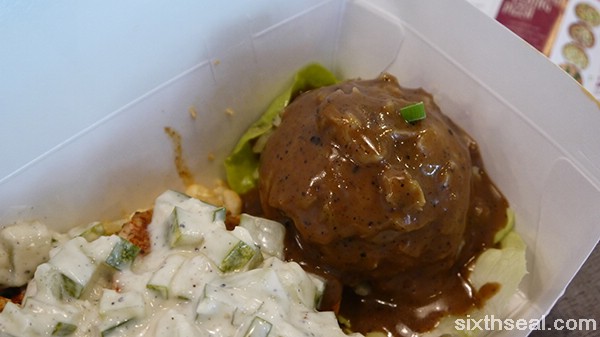 That means everything that the Australians value – low food miles, fresh produce, in-season ingredients. Even better, Epic Fit Meals is bringing Aussie style Greek food to Malaysia! I love Greek food and the suburb where I stayed (Clayton) has a high population of Greeks. I had a phase where I was eating dolmas (rice and meat wrapped in grape leaves) and sprats from a can. 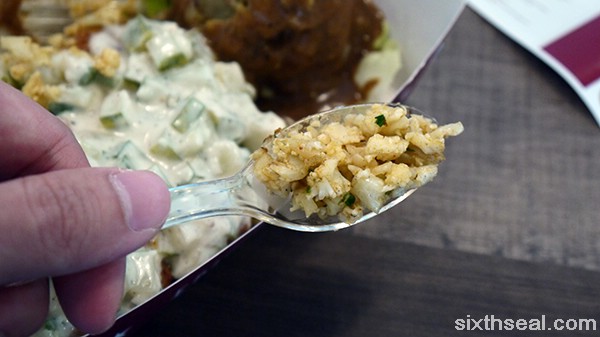 I got to know quite a few Greek friends when I was studying there and ate often at a popular Greek restaurant called Dion in Melbourne. I love Greek culture and food and I was glad that Epic Fit Meals would be bringing souvlaki and the likes to KL. I tried a cross-section of their menu, including their Epic Pesta Raya specials: 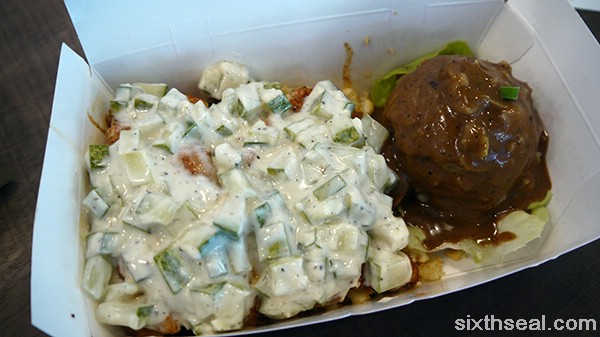 Epic Grilled Chicken (RM 12.80 / 249 kcal)
Epic Fit Meals only use chicken breasts here and everything has the calorific count clearly stated on the menu. They have two types of chicken – grilled and “fried”. This is the former and you can opt for their (various and plentiful) sides to go with it. Prices start from RM 15.80 for the sets/combos, depending on how many sides you want.

You can choose the sauce for the chicken too! They have 7 sauces – (from mild to hot) Eziki, OZ’s Barbie-Q, Bonza Peppa, Apple Salsa, Country Gravy, Curry Grande and FIRE S.O.S. I went for Eziki (70 kcal), the sauce based on Greek tzatziki made from blending yoghurt, cucumbers, vinegar, dill and garlic.

I chose Irish Colcannon (122 kcal) and Epic’s Cauli-Rice (134 kcal) for the sides. The former is their version of the Irish dish of mashed potatoes with cabbage and leek and the latter is Epic Fit Meals’ secret low calorie and Paleo alternative to rice, made from fresh cauliflower. It’s really crunchy and yummy. 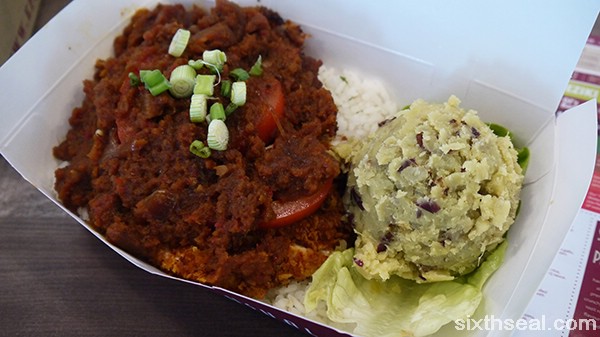 Epic “Fried” Chicken Schnitzel (RM 13.80 / 381 kcal for Classic, 403 kcal for Fire)
They don’t actually fry their chicken schnitzel – it’s all oven-baked for healthy reasons, but has the crunchy consistency and flavor you expect from classic fried chicken. Again, only chicken breasts are used. I opted for the FIRE S.O.S sauce as recommended by Wick Kee, which went very well with the “fried” chicken schnitzel.

The sides I paired with these are meant to complement the fiery sauce – Cilantro Lime Rice (217 kcal) and Mashed Sweet Potatoes (271 kcal). I thought the lime rice would be acidic but at least put out the fire but it turned out to be perfectly balanced. I love the use of Japanese sweet potatoes for the mash too, they have a lot of Paleo options. 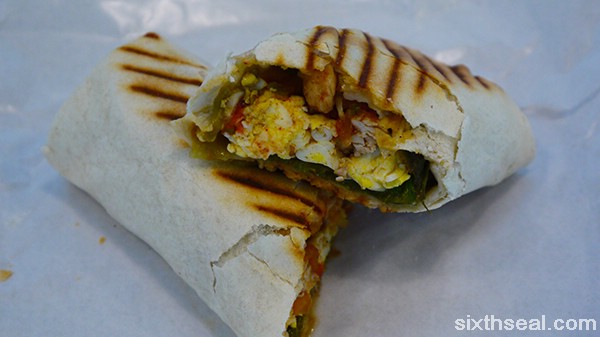 Good Ol’ Breakkie (RM 12.80 / 415 kcal)
This is Epic Fit Meals’ implementation of a breakfast wrap. It was actually the first thing I ate and I almost finished half before deciding to give more space to the other food spread out on offer. I was surprised by how fresh the ingredients tasted – it’s important to note that Epic Fit Meals only starts prep and cooking when you order. I saw this for myself, all the vegetables are chopped and everything is cooked to order. 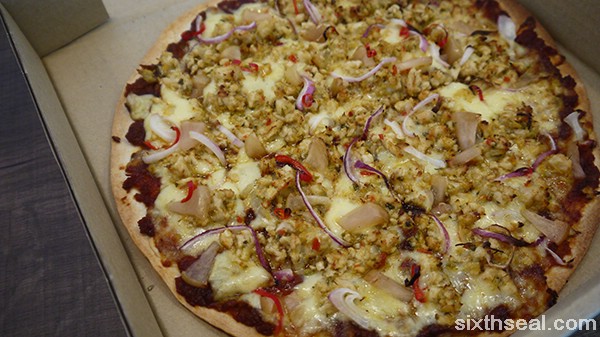 3A: Apple, Ayam & Api Pizza (RM 19.80 / 545 kcal)
This is one spicy pie! It’s meant to celebrate the diversity of Malay cuisine and mashing it up with some unusual elements which goes well with the ingredients e.g. apple. I thought the result was surprisingly good. I liked the heat and the balance of the apple sauce. They also serve a Nasi Lemak Pizza (RM 19.80). 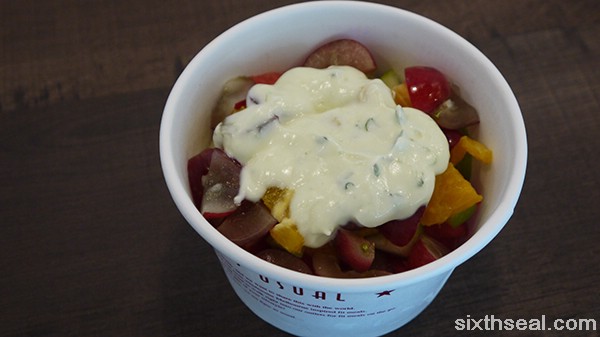 FRUGERTii (RM 5.80 / 98 kcal)
You can also order sides a la carte. They’re RM 4.90 for regular sides and RM 5.80 for Epic sides. I asked if they have any desserts on the menu and being a health-conscious establishment, this is the only one that they had. It’s sliced local fruits (grapes, oranges, apples etc) topped with their own low-calorie yoghurt. 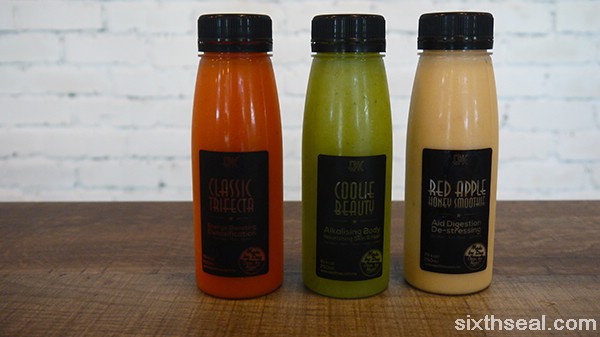 Cold Pressed Juices (RM 7.80 – RM 8.80 / 41 kcal – 79 kcal)
I thought this was one of the best juices I’ve had in a long time. They’re cold pressed and made each morning – all remainders are thrown away at the end of the day, ensuring you have a fresh bottle of juice. I loved the carrot, apple and pear combo in Classic Trifecta (RM 7.80 / 78 kcal). I gave the Coolie Beauty (RM 7.80 / 41 kcal) which had cucumber, apple, ginger, celery, lemon to my better half to try. She liked it and the kids loved the Red Apple Honey Smoothie (RM 8.80 / 79 kcal) – a smooth concoction of apple, fresh yoghurt and wild honey. 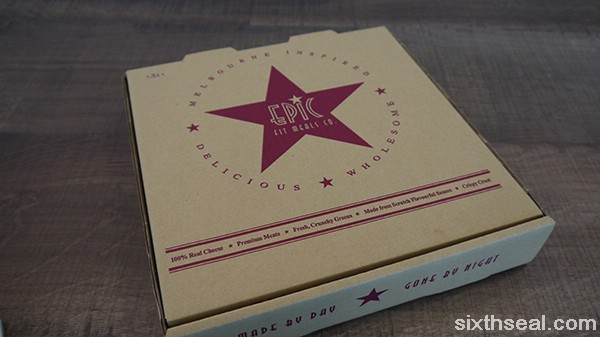 It’s a very novel concept to deliver great-tasting healthy food (which doesn’t usually go together in a sentence) at ultra-competitive prices (you can get a complete meal with sides for RM 20 or less). Delivery is free and they’ll get the food to you within 45 minutes max which means it’ll still be hot, so check out Epic Fit Meals by calling 03-77333375 if you’re looking for something different to eat. I’ll definitely order their food again when we’re not cooking or eating out. 🙂