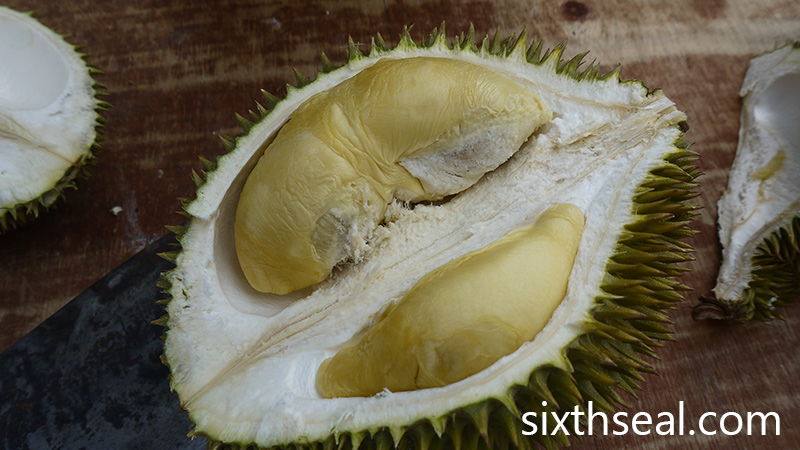 The D24 Durian used to be the most popular and in-demand durian before the advent of D175/Red Prawn/Ang Heh and later D197/Musang King/Raja Kunyit. It’s still the favorite of many people, but has lost some of its star appeal since it’s so common now (and I predict the same would happen to Musang King in the future – a glut). 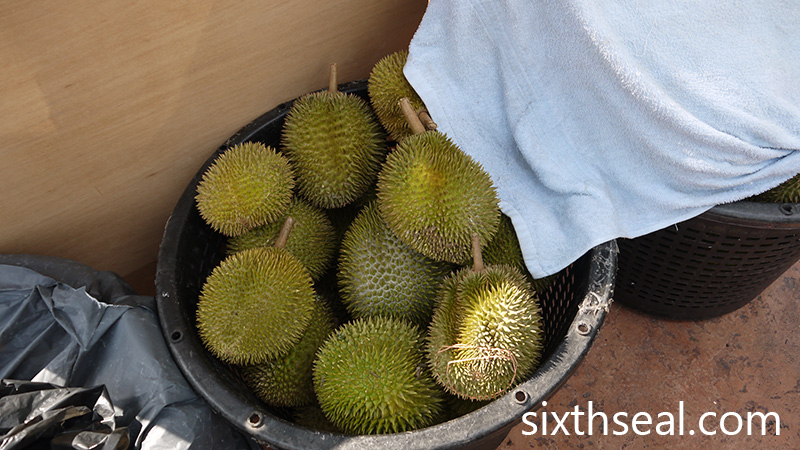 However, it’s still a very good and well-rounded durian – bitter to bittersweet, fleshy and creamy and strong smelling. There are various “subtypes” of the D24 durian – regular D24, Super D24, and XO, in increasing price. 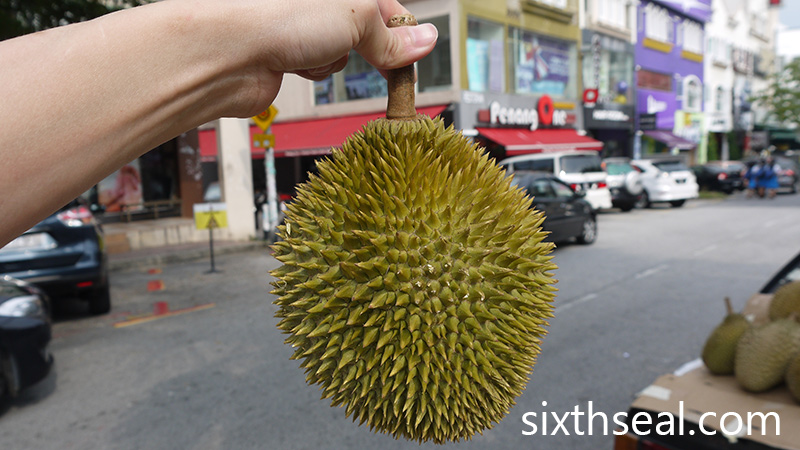 Highland D24 is another subtype (although I don’t know what differentiates it from Super D24) coming from a higher altitude and older trees. 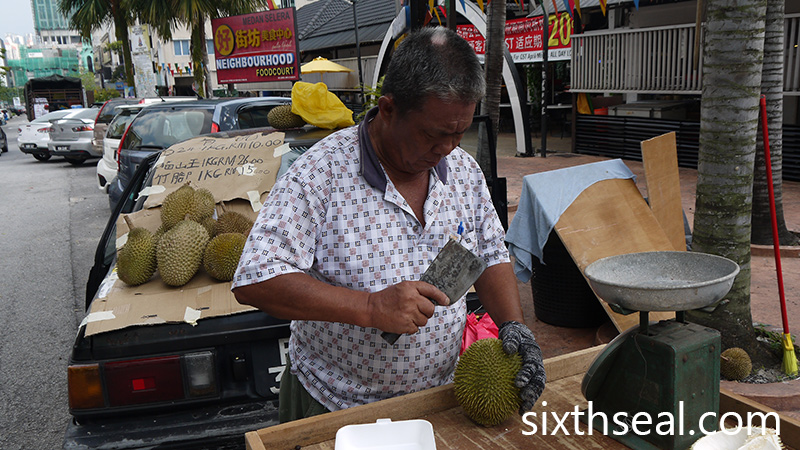 I’ve eaten a lot of D24 durians this season, primarily coz my better half likes it. They’re from various sources, old trees (Super D24/Highland D24) to ones of unknown provenance like this uncle selling D24 durians from the boot of his car. 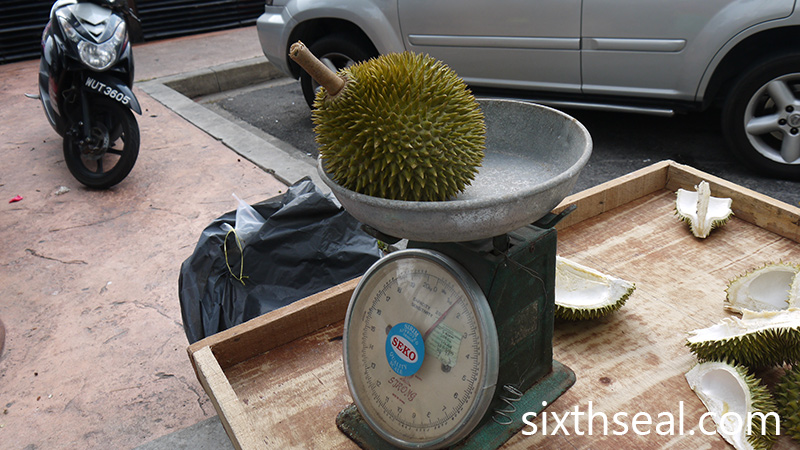 I found his stall while driving and he’s selling them for RM 10/kg and says it’s from his own orchard. 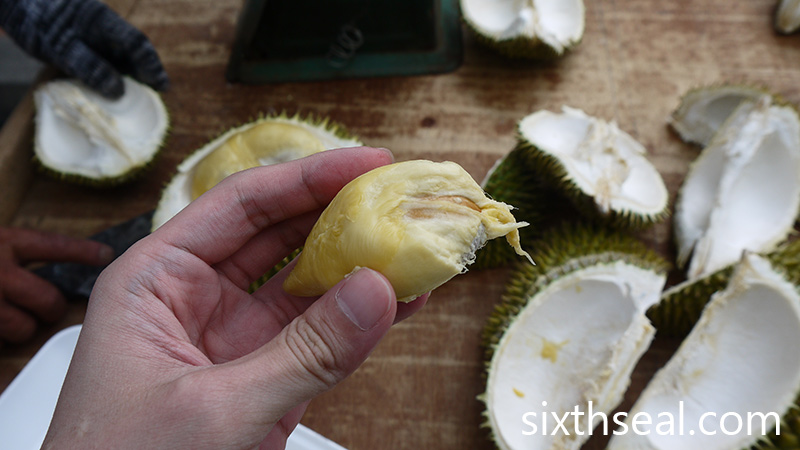 I selected one myself from his basket and chose the one with the most D24 characteristics: 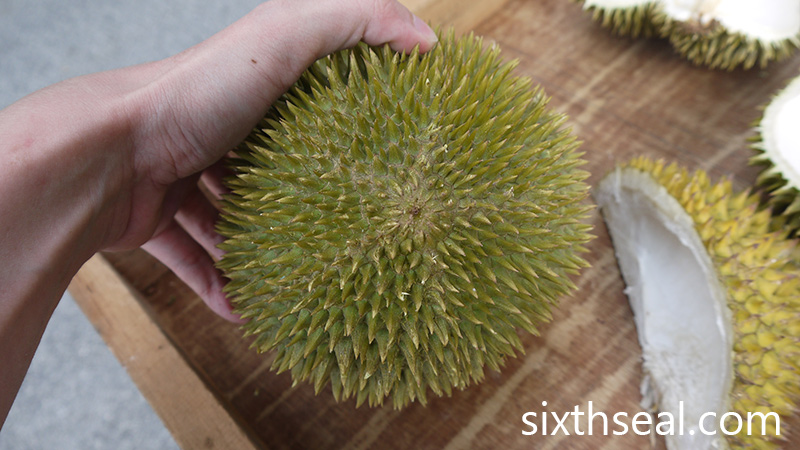 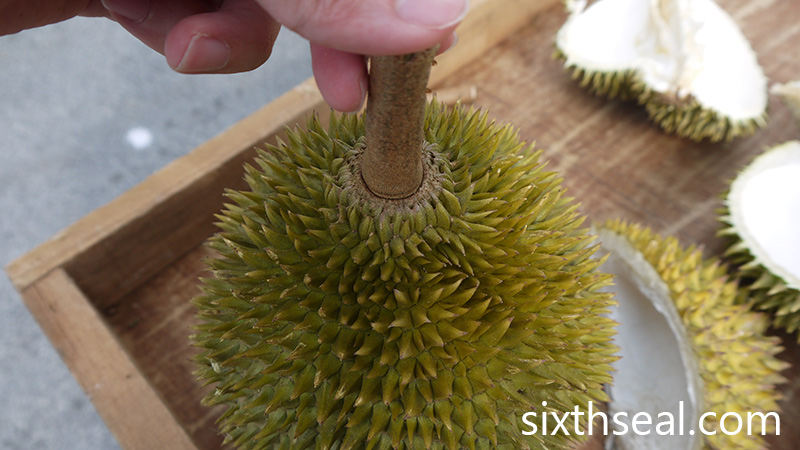 …and has a classic crown with spikes growing over the short stem. 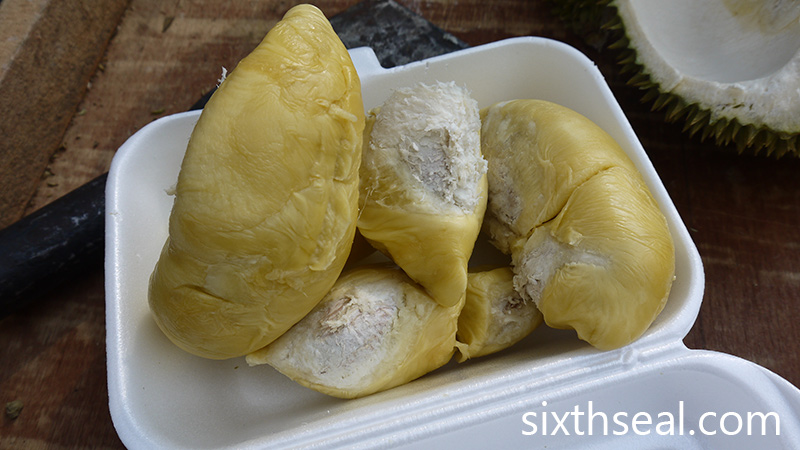 It turns out to be quite good but he has never revealed where his orchard was. It’s also a steal at RM 10/kg for this sort of quality. 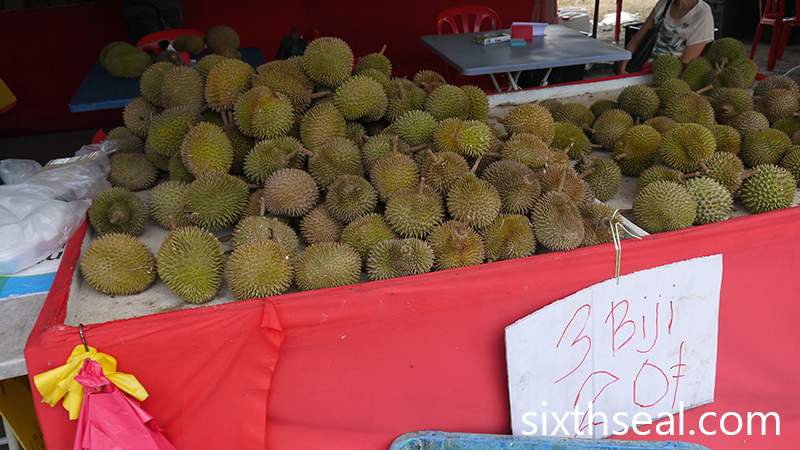 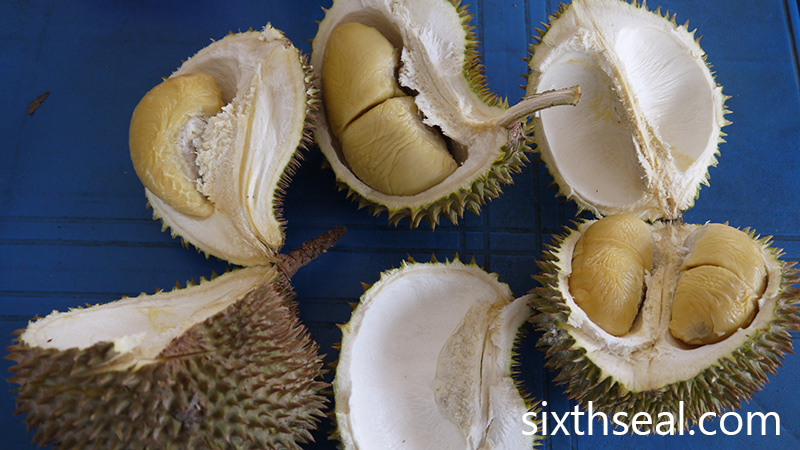 There’s also a couple of Durian Jantung fruits in here, which I suspect is a type of D24. I could be totally wrong on this account though, since the seeds in a Durian Jantung is small and vestigial, totally unlike any other D24 variants. 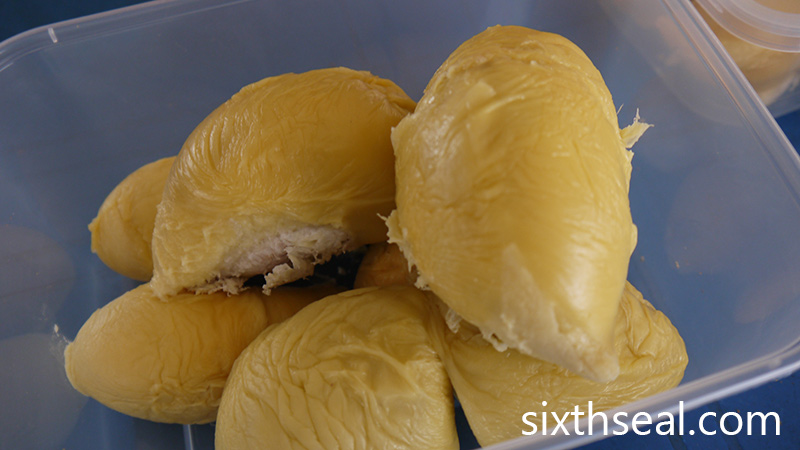 It is interesting though, to see the progression in tastes and preference – back in the days, D24 durians was the popular choice, and although it has been eclipsed by other durians now, it’s still a good choice if you want a classic and delicious durian with no frills.