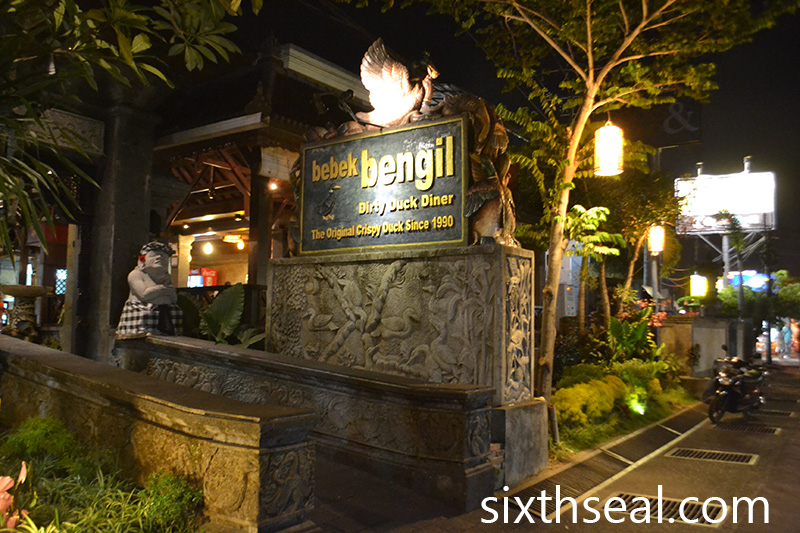 We were looking for something local to eat and happened to chance across Bebek Bengil in Google Maps. It actually took us more than 30 minutes to walk over but I thought it was worth it since it’s touted as “The Original Crispy Duck Since 1990”. Bebek Bengil Dirty Duck Diner is known for their crispy grilled duck. 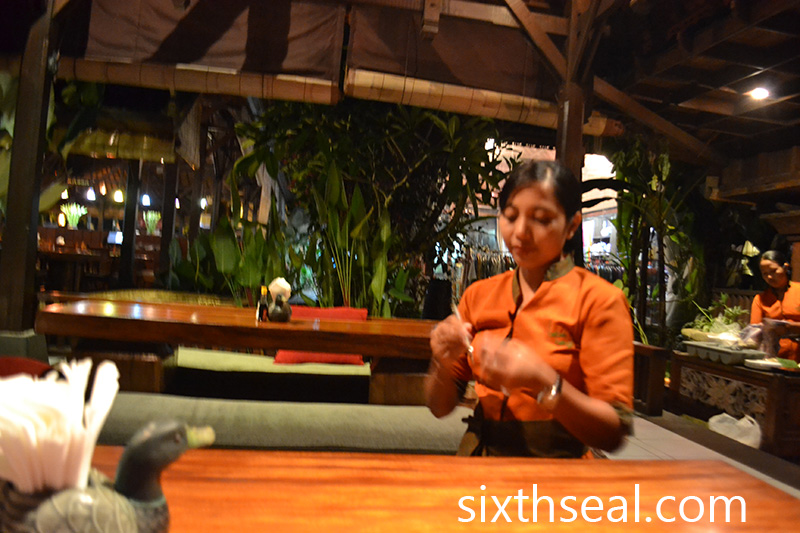 This is a different dish from the popular bebek betutu in Bali. Bebek Betutu is a seasoned steamed or roasted duck that’s popular in Bali. Bebek Bengil (which means dirty duck) serves crispy duck. You can even order 1 whole duck for IDR 300,000 if you book one day in advance. It’s a pretty good deal at RM 94/duck if you want to go for it. The service by the uniform clad waitresses is pleasantly discreet and unobstructive. 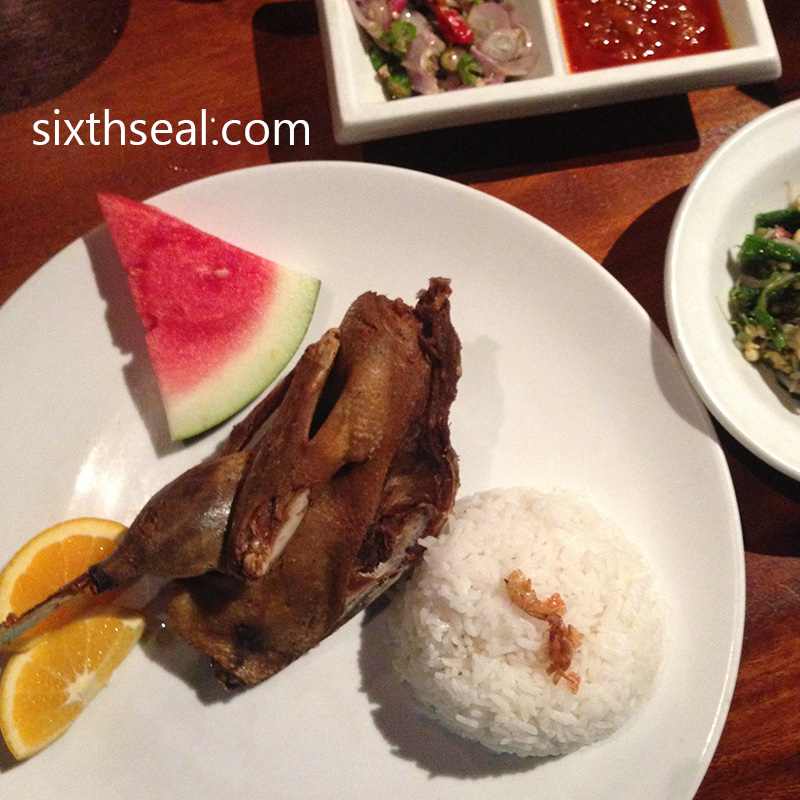 I had this original dish, which is half a duck steamed in Indonesian spices which is then deep fried for a crispy finish. It’s served with rice and Balinese vegetables and it cost RM 40. It’s their flagship signature dish and it tasted alright. I’m not a huge fan of deep fried duck and I thought it was slightly too crispy but personal tastes aside, it was pretty good. 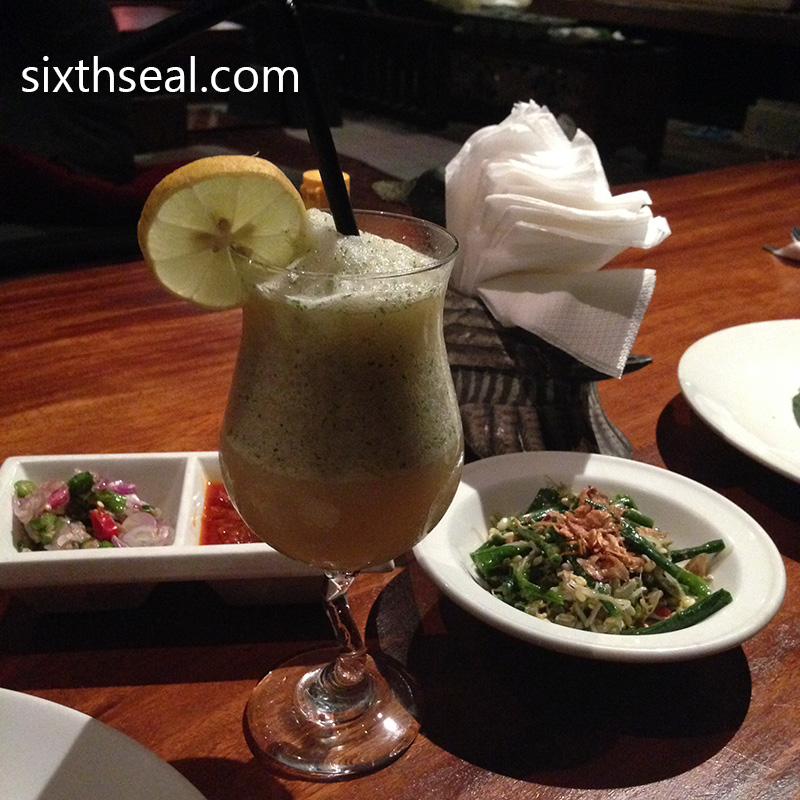 This is what my better half had – it’s a concoction of pure orange, markisa (passionfruit in the local language) and melon sugar. 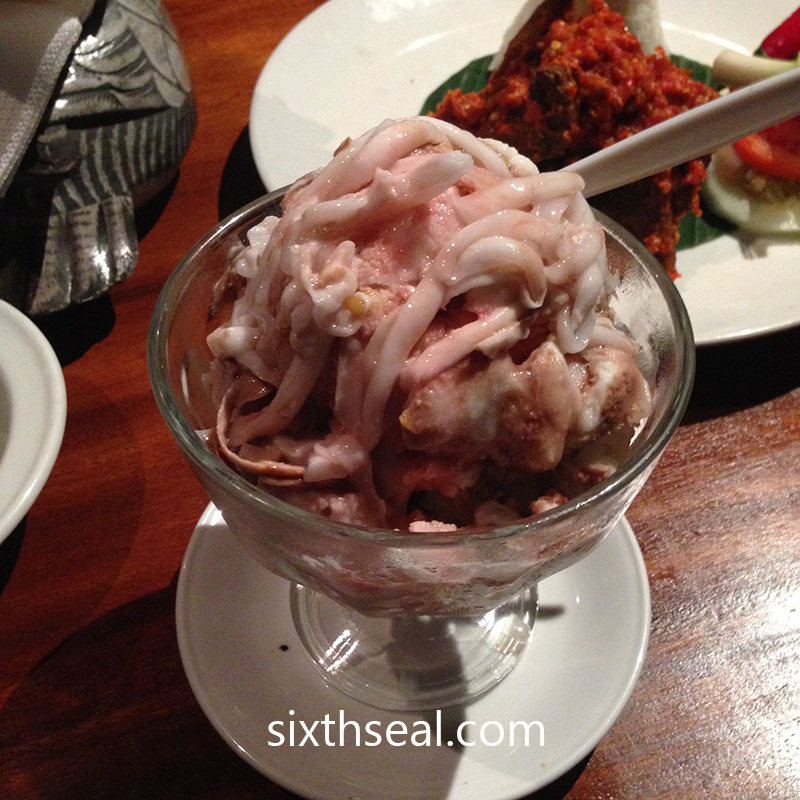 The drink I had was chosen at random from the duck-themed options. It turns out to be a shaved ice confection with lots of interesting goodies at the bottom – love the white squiggles and fresh fruit slices. 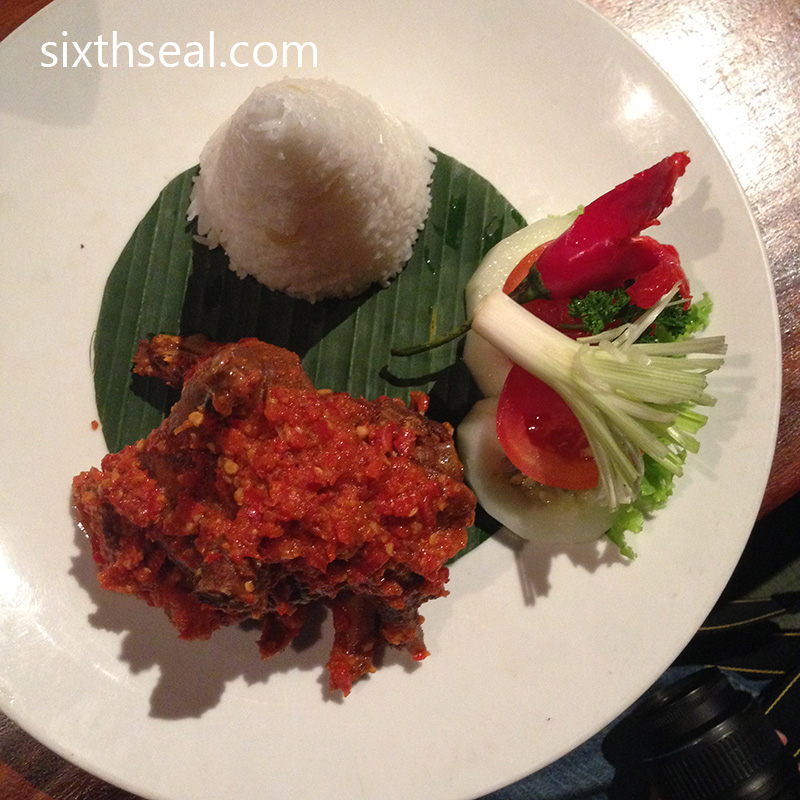 My dear ordered this dish. It’s one of the specialties and the Balinese recipe came from one Ibu Agung Raka Sueni. I have no idea who that is but the owners of Bebek Bengil thought it was noteworthy enough to highlight this in their menu. This is the grilled version of the duck (as opposed to my steamed and deep fried duck) with Balinese sauce and steamed rice. It’s very spicy! I really like the sauce here. 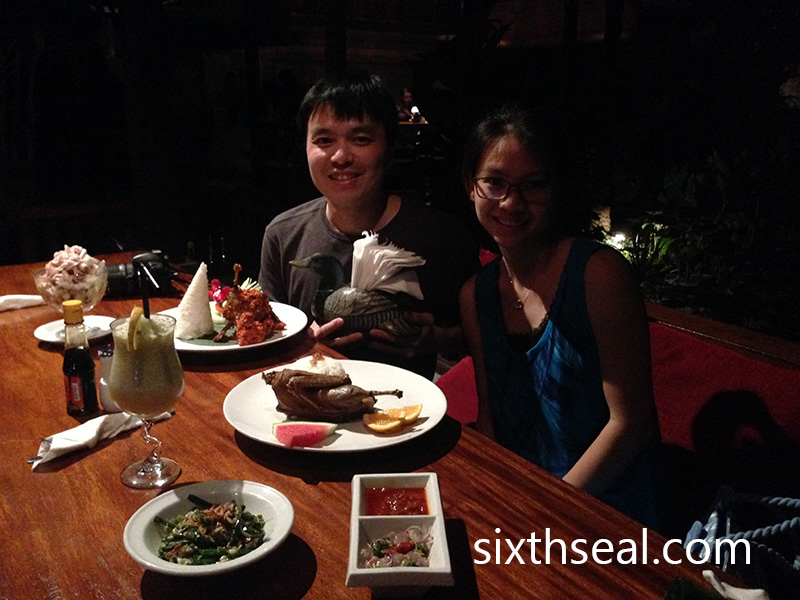 I thought the ambience of Bebek Bengil is unique – the place is totally dark (as you can probably gather from the photos) with the exception of mood lighting from the pavilions where we were seated. There were not a lot of people due to the higher than usual prices. The meal came up to around RM 140 for the two of us and it’s worth a visit for the atmosphere alone. The water features around the raised dining pavilions made it really romantic. 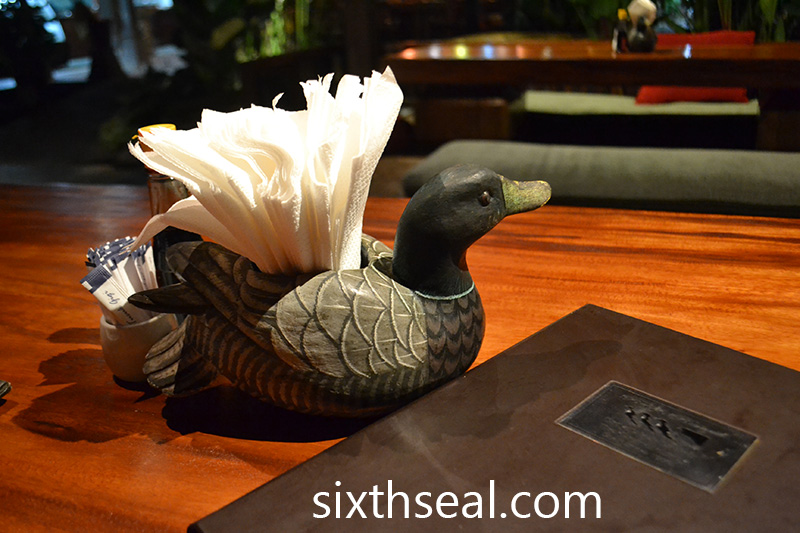