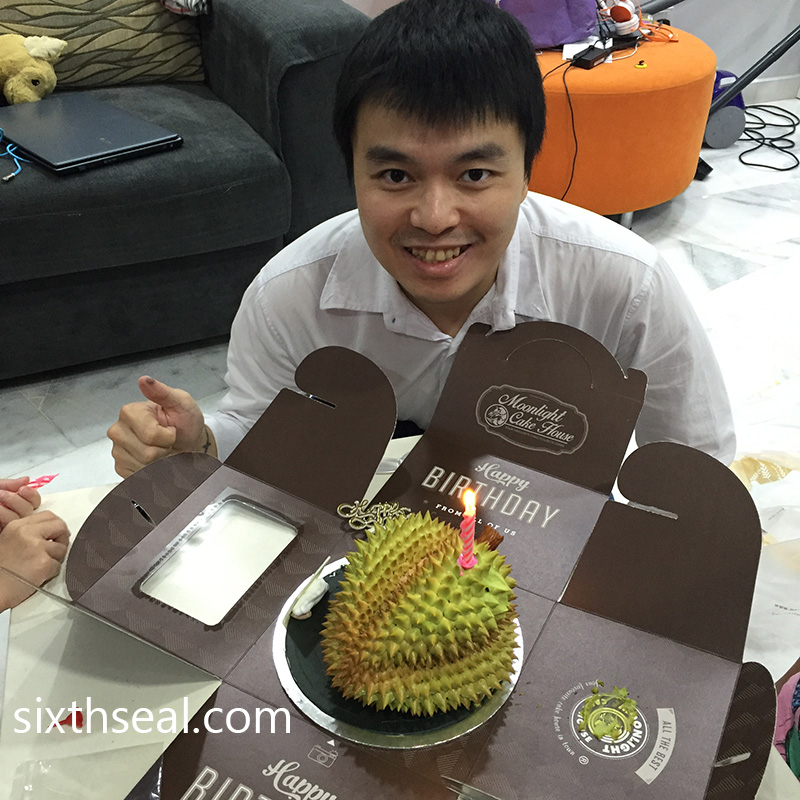 It’s my birthday today! I turn 35, and it’s been an awesome day so far. My better half surprised me with dinner reservations at Nobu KL. I didn’t know she had already planned this and was about to tell her I was feeling like Japanese food. She sounded a bit reluctant (which was strange) and I found out that she had *already* booked a table for us. 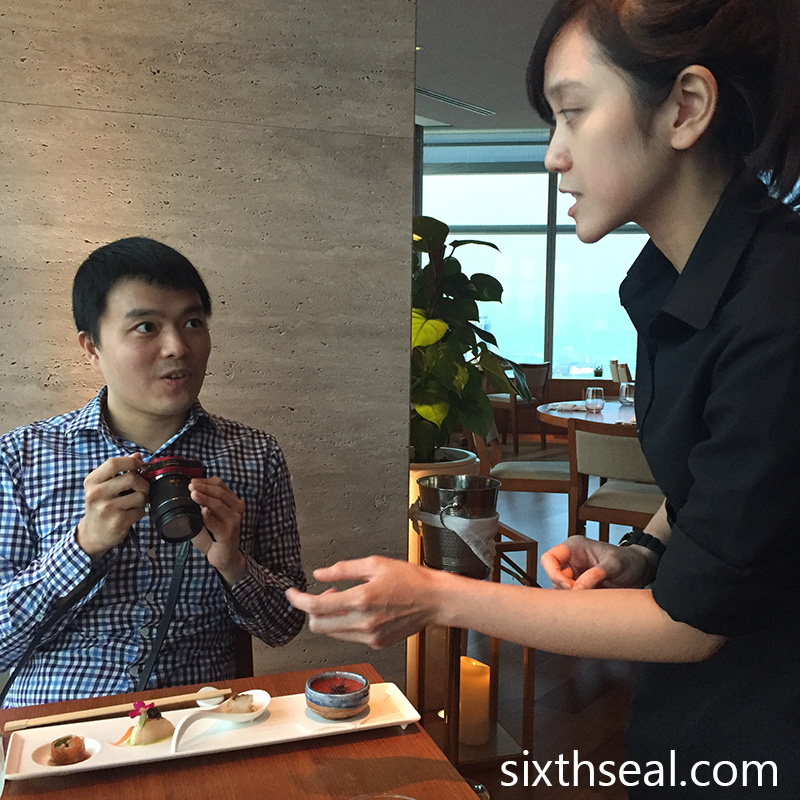 Dinner was great! I had the Special Omakase (RM 455 per pax) which is the most expensive item on the menu. I felt a little bad about how costly dinner was (the bill came up to almost RM 1,000) but my dear asked me to go for the most premium omakase since I didn’t want a smartphone. Yup, she originally planned to buy me a smartphone. 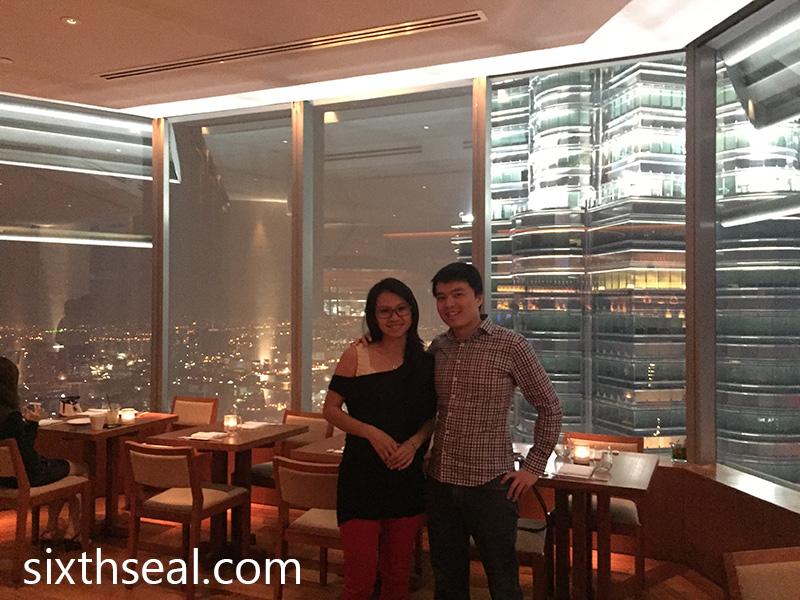 I’m more of an experience person than a material goods person. I’ll rather have awesome trips and meals than phones, clothes, etc. It just makes me happier and I value the experiences more…and recent research suggests that I’m right! The happiness you feel from experiences lasts longer and is more fulfilling than material goods. 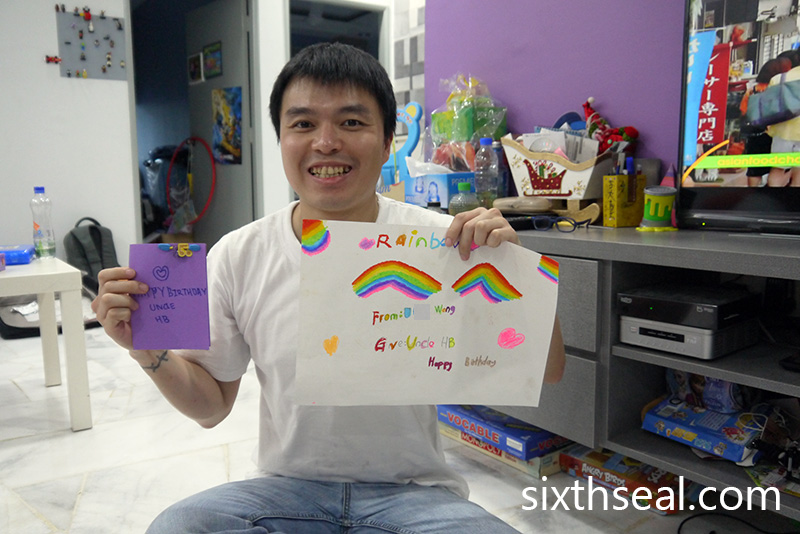 The kids made me something for my birthday too! I got a hand-painted picture and a card! 🙂 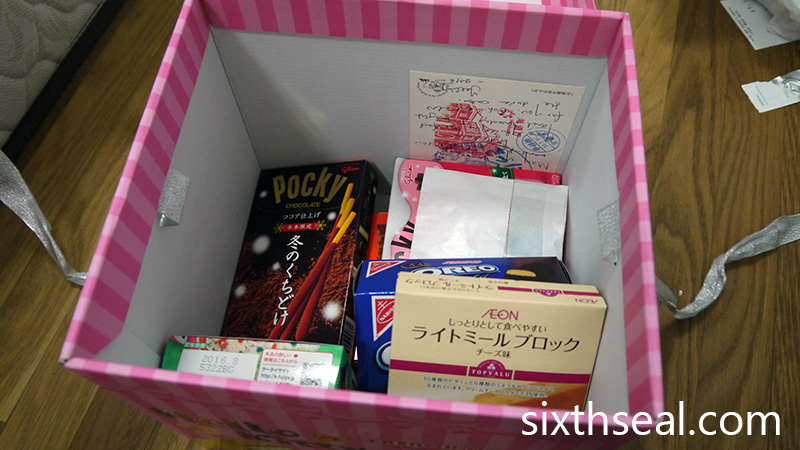 My better half also got me a birthday present, despite me telling her not to. She packed a big box full of Japanese candy. It’s the perfect gift for me coz I love Japanese stuff. It contains: 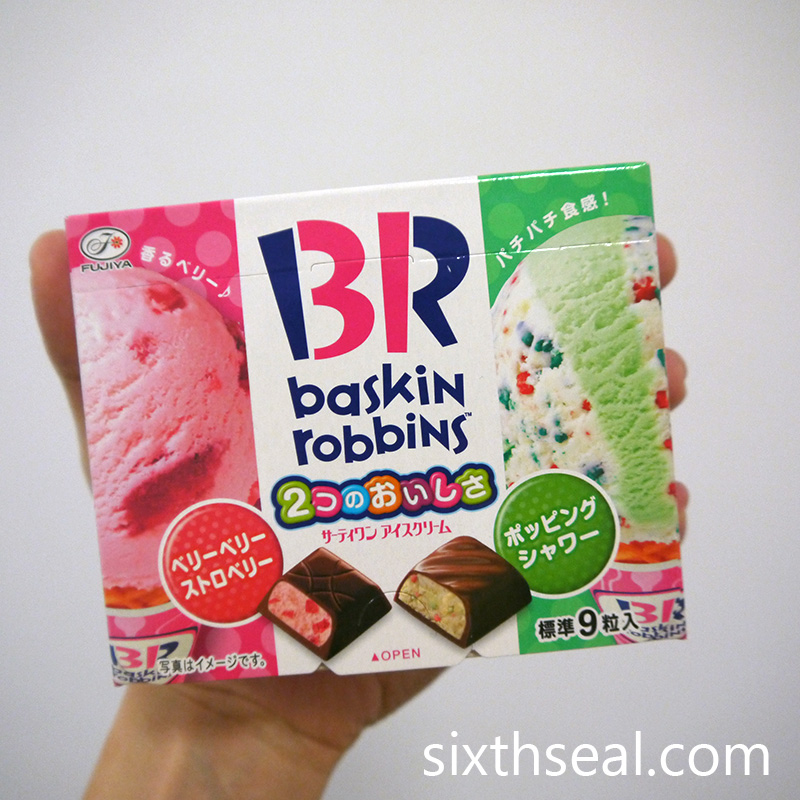 Baskin-Robbins Popping Shower + Very Berry Chocolate
This is a nod to one of the first times we met. Baskin-Robbins is very popular in Japan and these two flavors are awesome. I like the Very Berry Chocolate which also has bits of real strawberry inside, as well as a thin layer of crunchy cone. However, the Popping Shower one took the cake – it’s an intense popping candy that’s so energetic, I thought it was going to come out of my mouth. 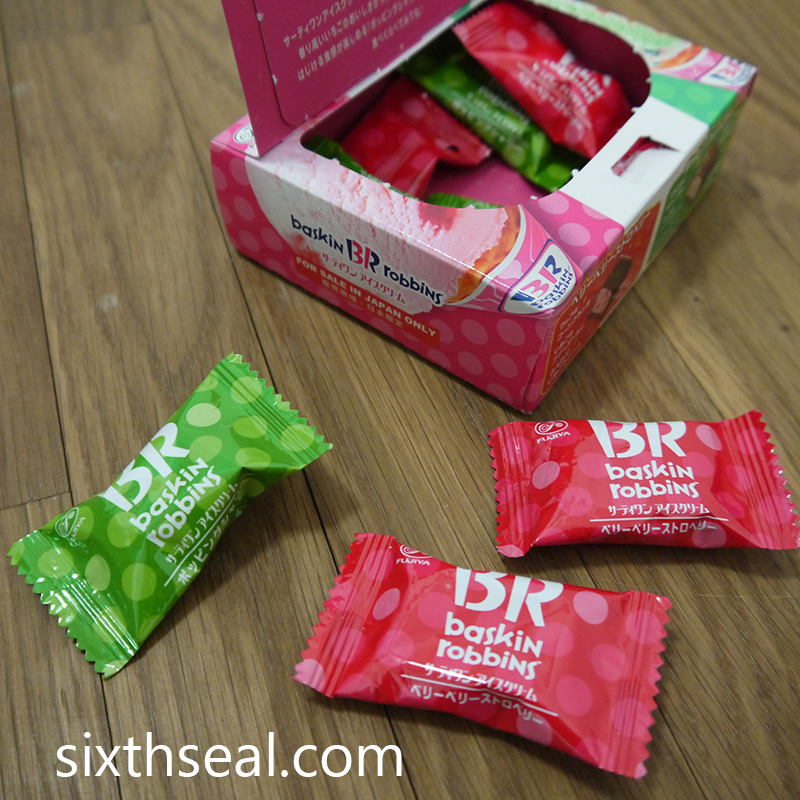 Explosive stuff! These are only supposed to be sold in Japan (due to licensing issues) but she managed to get one for me. 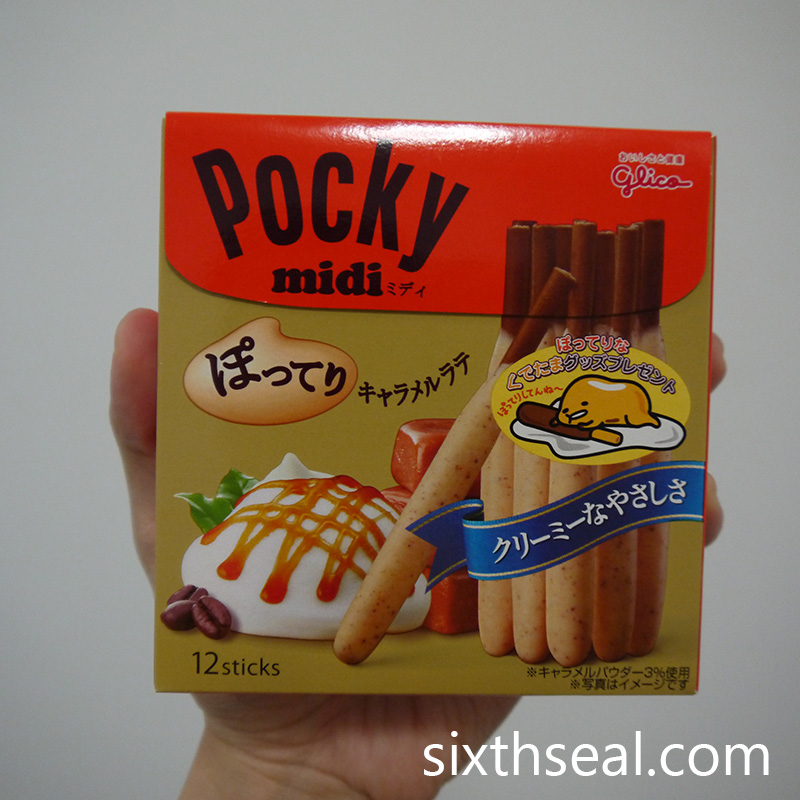 Pocky midi x Gudetama
Haha! I love Gudetama. He’s a humanized lazy egg with bacon for a blanket. The theme song keeps repeating in my brain when I see it. This is Pocky’s collaboration with Sanrio (who created Gudetama). Pocky midi Caramel Latte Gudetama is the result and it’s too cute to eat. 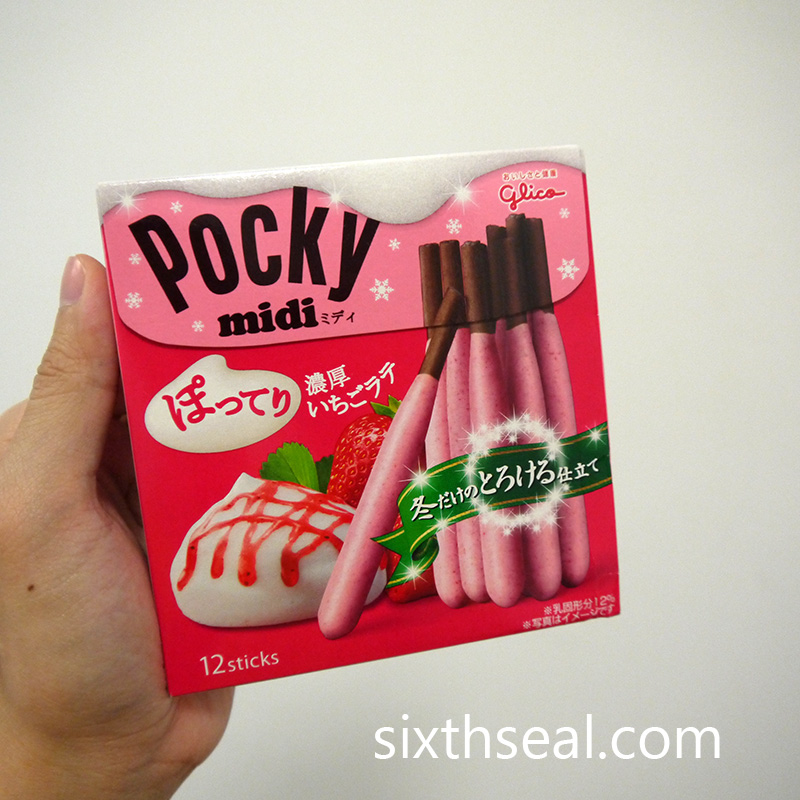 Pocky midi Strawberry Latte
This is another one in the Coffee series that’s exclusive to Japan. The Gudetama one is Caramel Latte and this version is Strawberry Latte. I haven’t opened it yet, I’ll eat this with my dear. 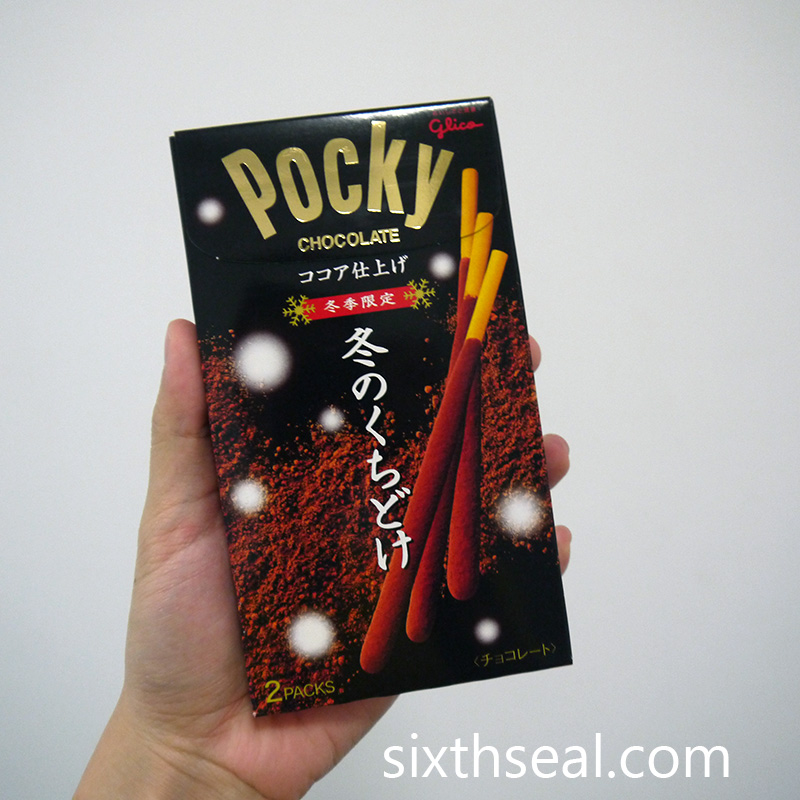 Winter Melty Cocoa Pocky
This is a rare seasonal limited edition Pocky that comes out only in winter. It’s thicker than a regular Pocky and has rich chocolate dust that melts in your mouth into a beautiful creamy goo. Unfortunately, the low melting temperature means that there’s a reason this is a winter-only special – the chocolate dissolves in our temperature. 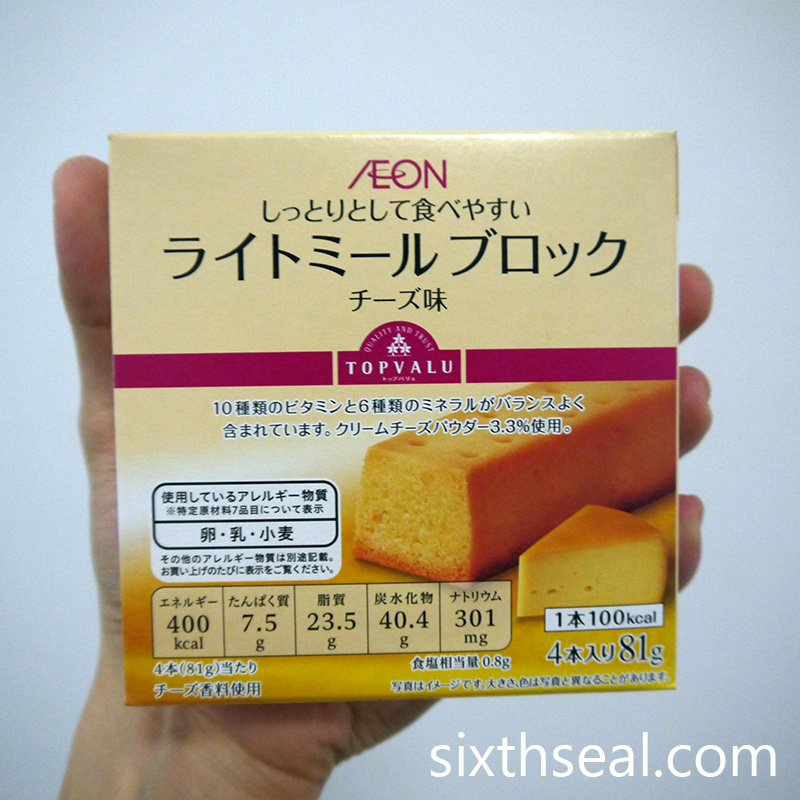 AEON Japan’s CalorieMate
Yup, this is AEON Japan’s attempt to create a Calorie Mate like energy bar. I had the original in Japan (was looking specifically for it) and I quite liked it. This tastes different from the original Calorie Mate (Cheese) though. AEON’s store brand is a lot sweeter while CalorieMate is a lot more savory. They’re both good, in different ways. This is more of a meal replacement than an energy bar, they’re the pioneers in Japan. 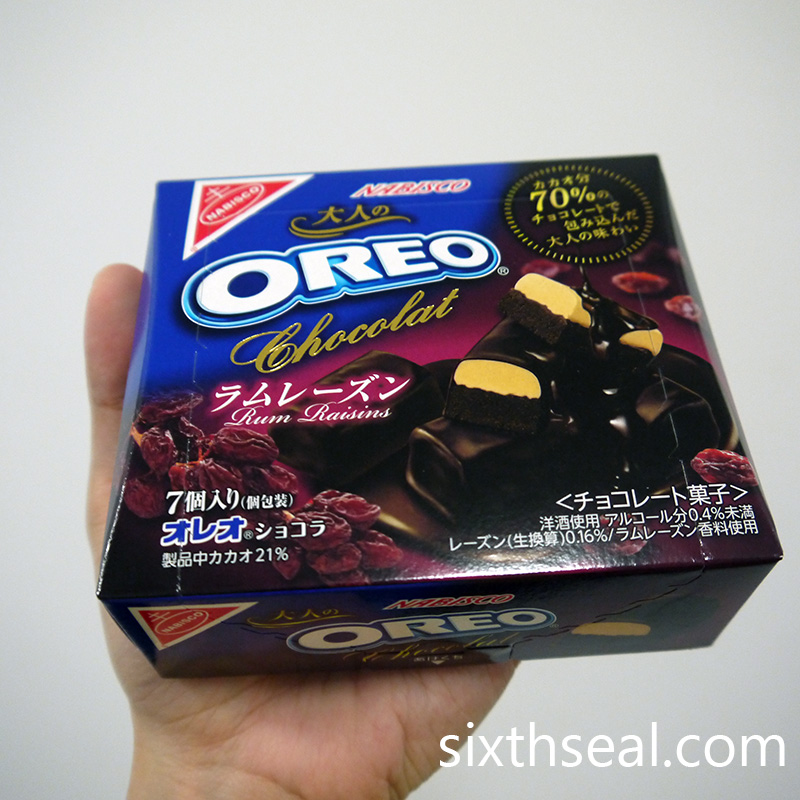 Rum Raisin Chocolate Oreo (0.4% alcohol)
These are made with 70% cocoa! Just like Kit Kats, Oreo has a lot of different flavors and types in Japan. And just like the recently released Sake Kit Kats, the Oreos also contain alcohol inside. They put powdered alcohol (yes, it’s a thing) that boosts the adult treats to a 0.4% alcohol content. These are definitely not halal Oreos (would be funny if people couldn’t read or if there wasn’t a “Contains Alcohol” sticker on them). 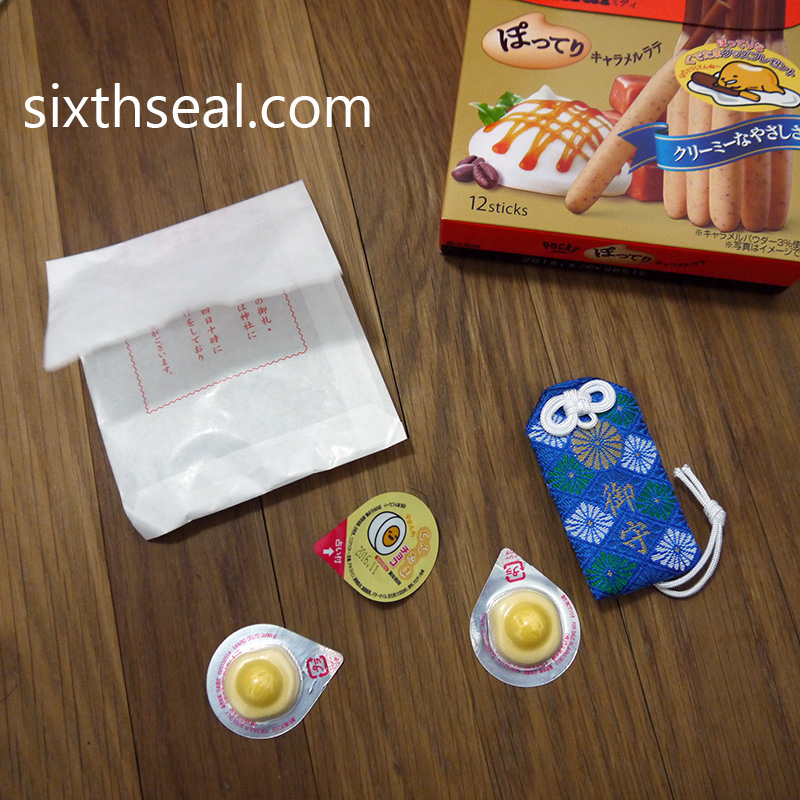 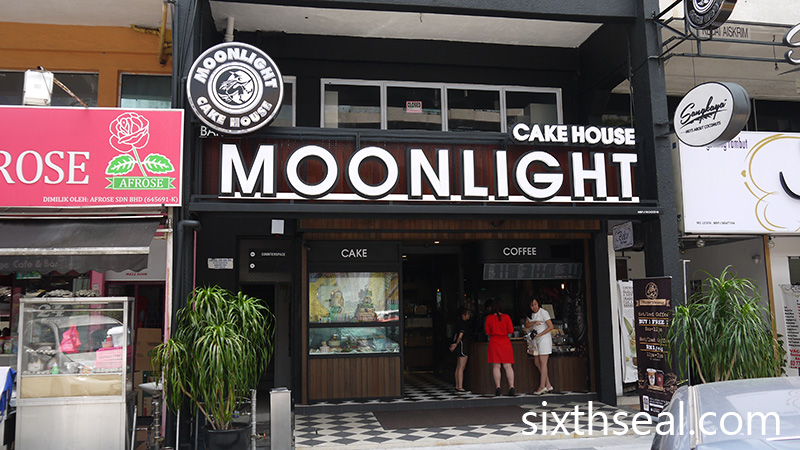 My dear bought me a birthday cake at Moonlight Cake House. She had ordered this way in advance and it was a beautiful durian cake. 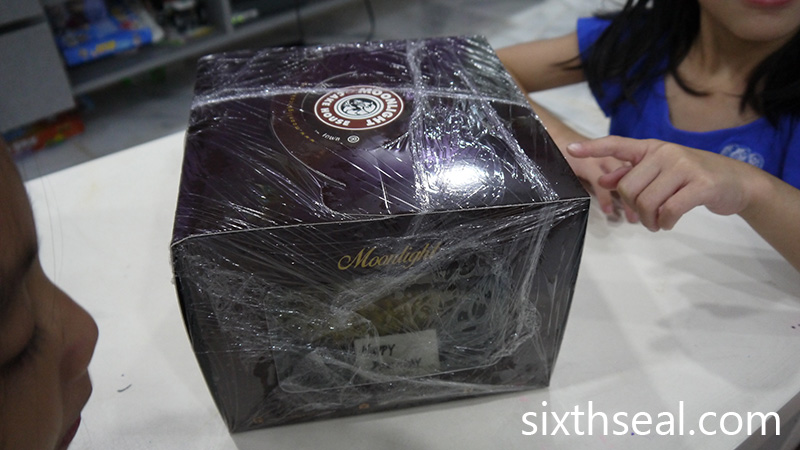 It was in the freezer waiting for us and we picked it up to eat together with the kids. The wonderful smell of durian wafted out as soon as I took off the Saran wrap. 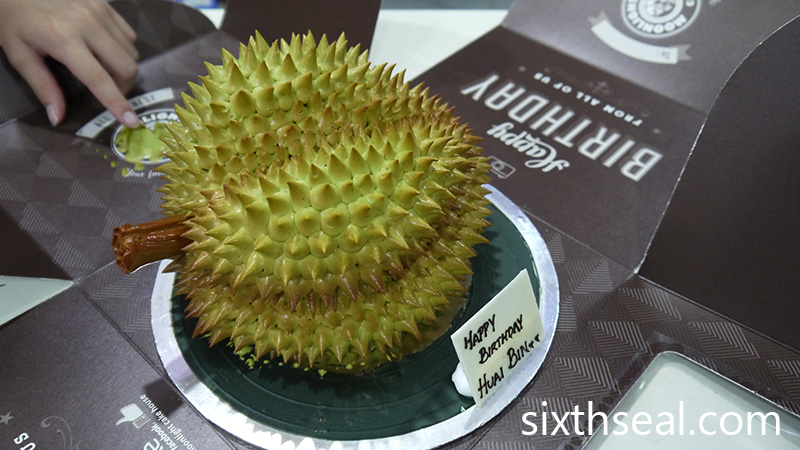 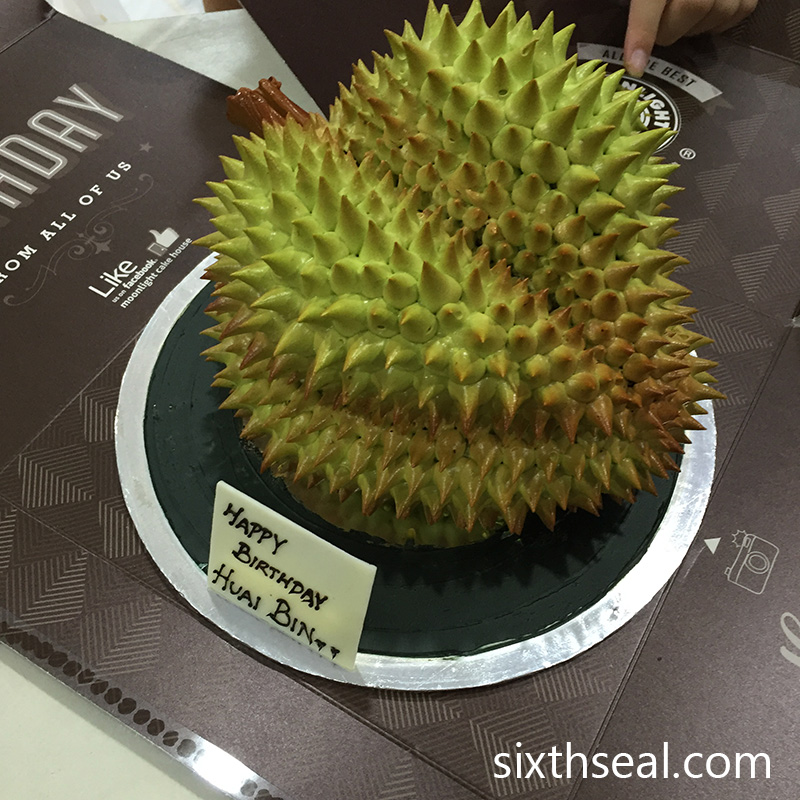 The durian cake is made up of a wonderfully fluffy and light Angel food cake and has bits of real durian flesh inside. The outside is made with whipped cream spikes so it looks like a real durian. I think they added gelatin or another stabilizer so it can stand but it’s just cream so it’s not sweet. The best part is that the two sides of the durian are not symmetrical (like real life) so one side is bigger than the other. The hand piping is beautiful too – it’s not just one shade of green, there are brown accents so it looks authentic. There’s even a stem made of chewy marzipan to complete the look. 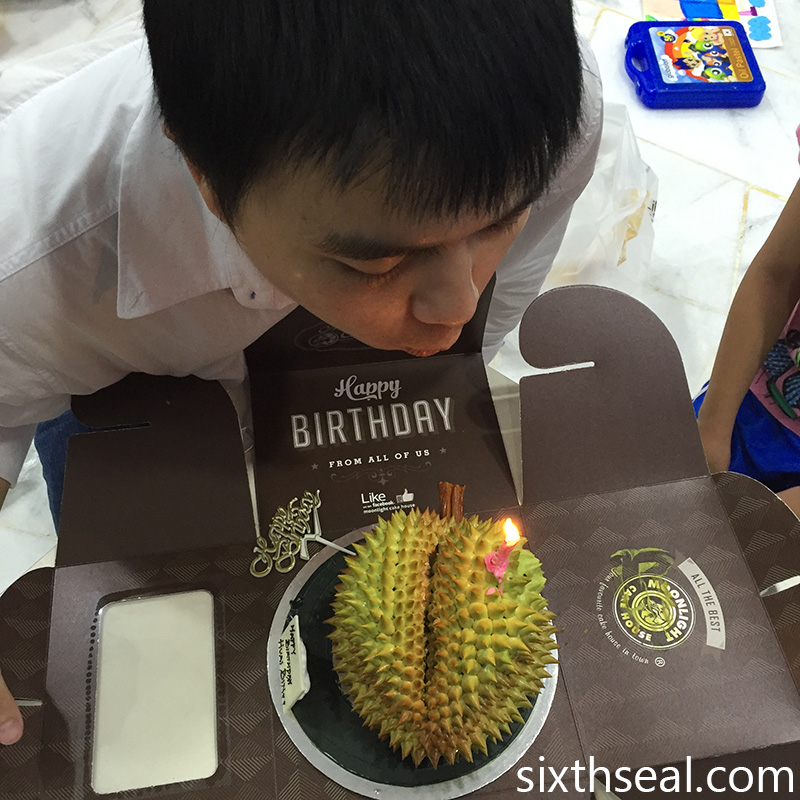 I ate the durian birthday cake with my dear and the kids. It was a wonderful birthday! Thanks for all the treats, dinner and gifts dear. I appreciate all that you’ve done for me and for being with me. <3 I'll write about the Nobu KL dinner tomorrow! (╭☞ ͡ ͡° ͜ ʖ ͡ ͡°)╭☞﻿