The Japanese actually consider ramen a Chinese dish. Udon and soba are the two most popular Japanese noodles while ramen was imported from China. However, since Japan has done it a lot better since the Meiji era, ramen is nowadays thought of as Japanese. Thus, it was a bit of a surprise to see a ramen restaurant that actively advertises their proud Chinese roots. The Six Hunan Ramen is located in M Mall. It specializes in ramen from Hunan and the spicy food from the region. One of their bestsellers is Ramen with Braised Pork Rib (RM 16.80) which comes with a generous side of glistening pork rib. I originally wanted to order two different bowls of ramen but my better half was quite full so she had something light instead. 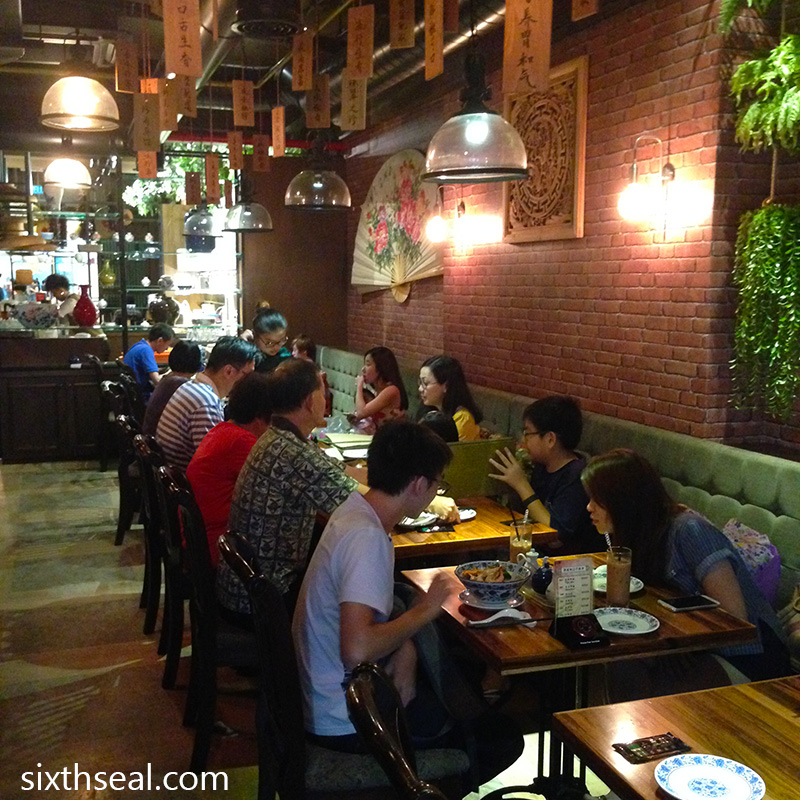 I believe this is a relatively new restaurant since I couldn’t find any reviews online. The interior décor is also very pristine. I love how atmospheric the entire place is, from the wooden menu boards handing from the ceiling in string to the warm ambient lighting. We decided to pop in for dinner. This was the only non-hawker food place we went to in Penang. 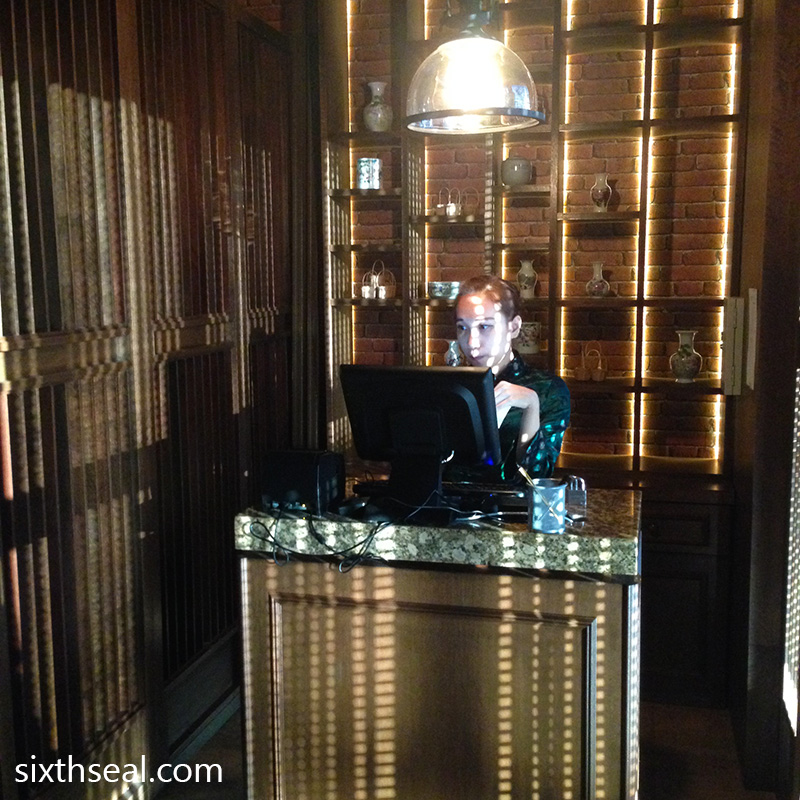 Our waitress was a friendly girl dressed in traditional Chinese garb. All of the staff is dressed the same way, male and female. It’s a nice touch to complement the flavor and look of the place. Everything from the hanging green plants to the giant paper fan on the wall makes this feel like an oasis of calm. I like the way the sun comes in from the shuttered wooden blinds too. I had the Premium Ramen with Fresh Abalone (RM 26.80). It looks quite impressive on the menu and I’m happy to report that it looks exactly the same when served to us. There are two large scallops, a couple of prawns, shark’s fin analog (pretty sure it’s not the real thing at this price), Shiitake mushroom and beautiful tiny dried abalone. The in-house made ramen is very toothsome and the clear broth was good. My dear had the Shanghai Steamed Pork Dumplings (RM 12). The Six Hunan Ramen also serves various smaller dishes, appetizers as well as rice meals. We both ordered fruit juices since it’s priced so affordably. The watermelon and honeydew juice was just RM 5 each. The bill came up to RM 59.25 for the two of us, which is very reasonable. The Six Hunan Ramen is an interesting place to have a different take on ramen. It’s not the usual Japanese franchise or local halal attempt at replicating ramen. This is a Chinese lamien (拉麺) establishment that specializes in the spicy cuisine from Hunan. I tried the house blend chilli and it was quite spicy (in a dry and salty way). I’ll come back again next time we’re in Penang to try the other ramen offerings.