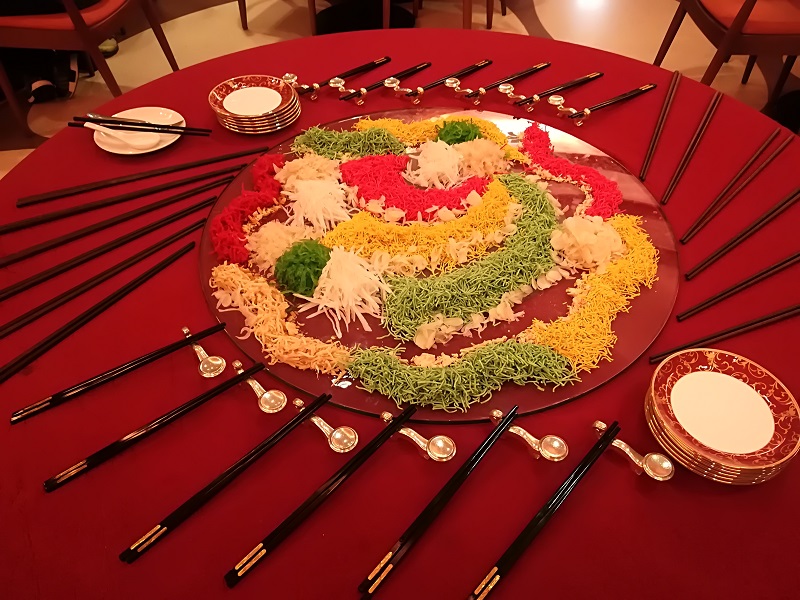 I had the opportunity to check out Impiana KLCC Hotel’s Chinese New Year Buffet Dinner and Yee Sang last night. I’ve been in calorie restriction mode for 2 weeks now and I thought a buffet dinner would make the perfect cheat meal. I can eat all I want without worrying about gaining weight. That’s what Chinese New Year is about anyway, right? I might as well start early. 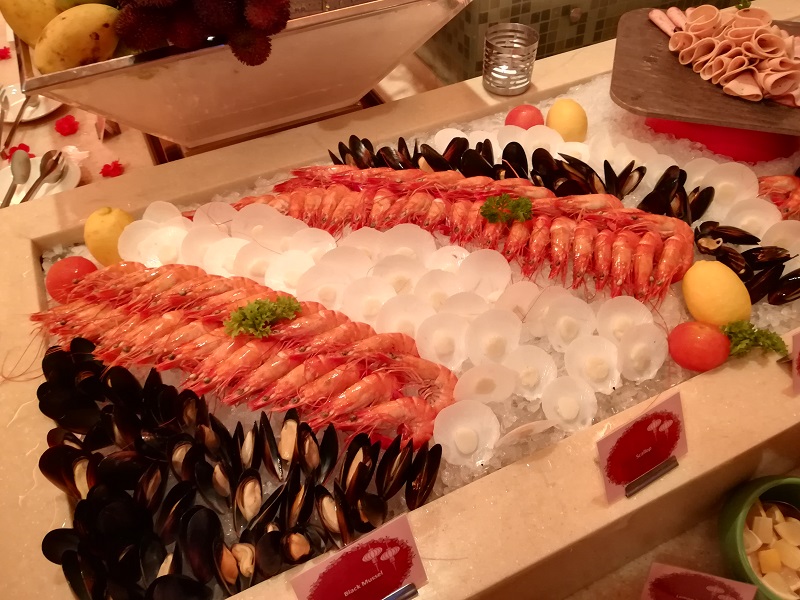 I love how they have a wide range of different types of foods. Desserts took up one whole row! There’s also a selection of seafood on ice which I tackled first. There’s scallops, mussels, prawns and also tuna and salmon sashimi to the side (with sushi and maki rolls). I love seafood so this was the ideal appetizer to whet my appetite. Yum. 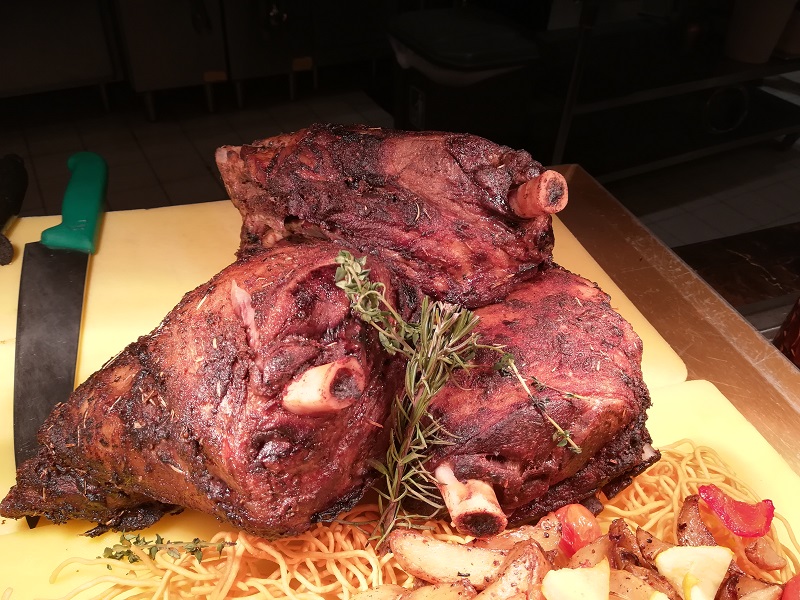 There’s also a lot of cooked foods so I’ll just go over some of my favorites. I liked their roasted lamb, which came with a variety of sauces to choose from. There’s also a station where you can get cooked to order meats and seafoods. 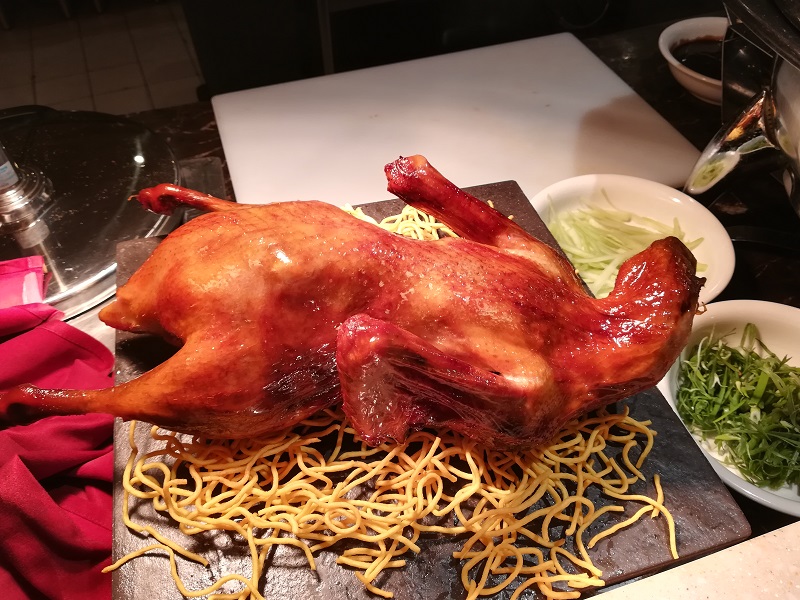 There was a chef there making sure the Peking Duck has been sliced and wrapped with the thin pancakes (complete with spring onion and sauce) so you don’t have to do it yourself. 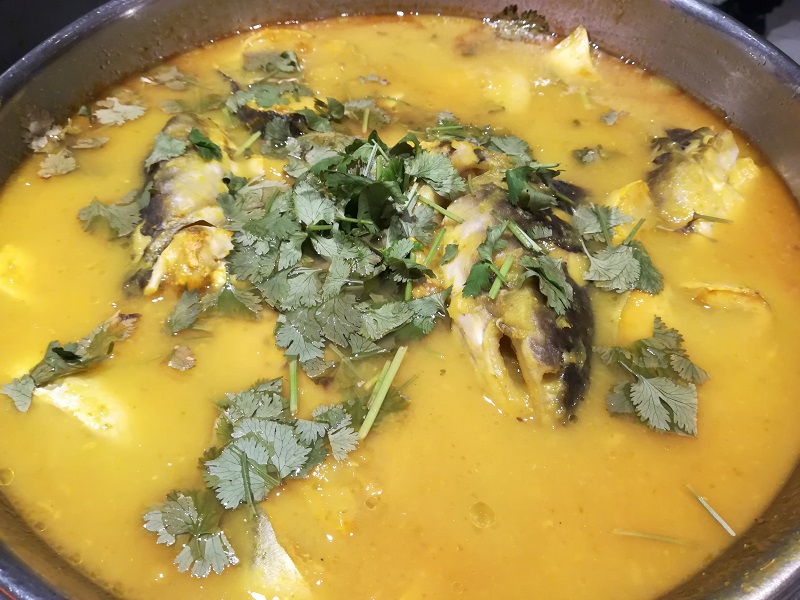 I’m also a huge fan of tempoyak ikan patin, which is a type of fish that’s been stewed in fermented durian. I used to eat a lot of this when I lived in Kota Damansara coz there was an outlet opposite my condo which brought in ikan patin tempoyak from Temerloh. The gravy is super appetizing, spicy, with mild sour notes. This version reminded me of that. 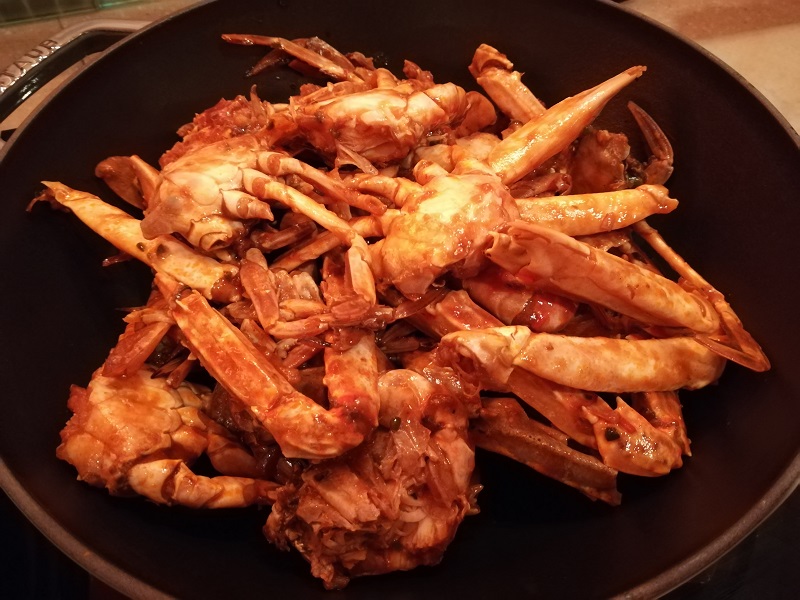 The fried chilli crab was awesome too. It’s a different take on chilli crab, which usually comes with a sticky gravy. This is the dry version which keeps the taste but not the mess. 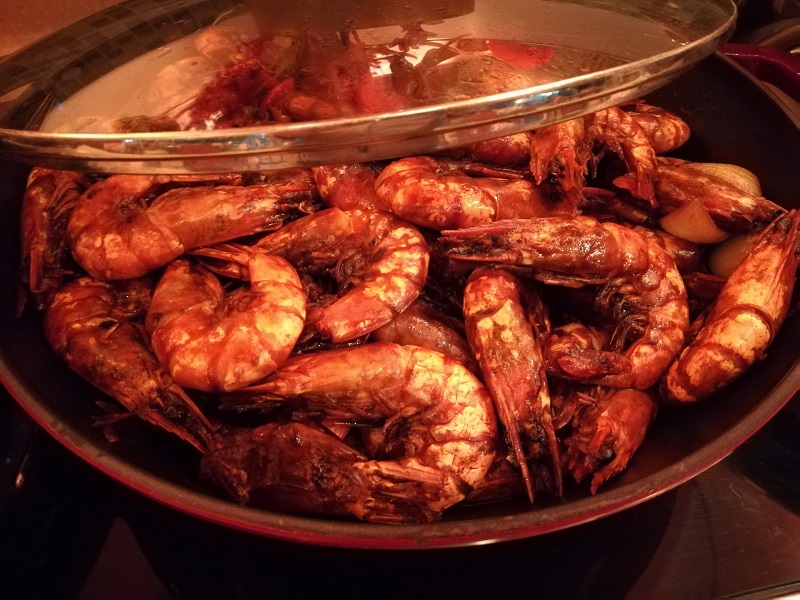 The Marmite Prawns was a huge hit too. It goes very well with the nasi briyani ayam gam they had. Awesome flavor combination. That’s the best part about buffets, you can to create different flavors in your mouth. I love it. 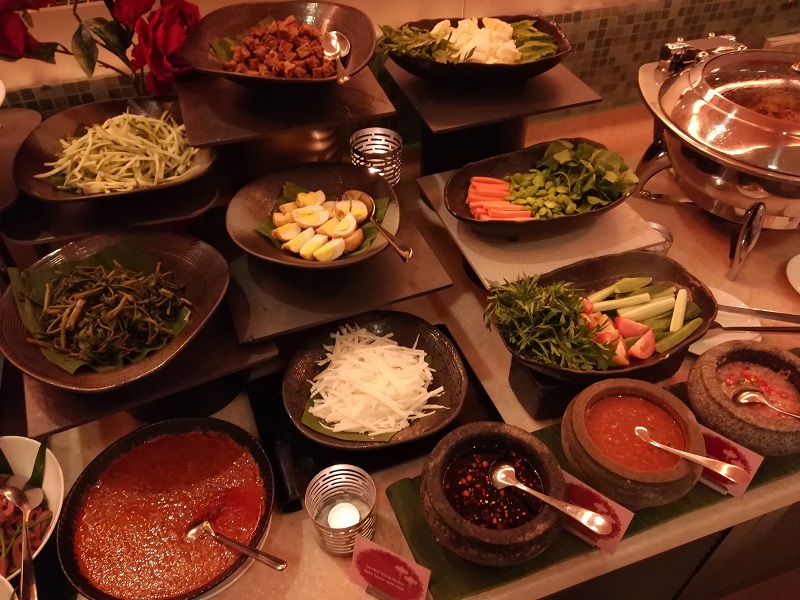 In case you were worried about the rich flavors, they also have an ulam (raw vegetable) station to the side. I thought this was a nice touch. 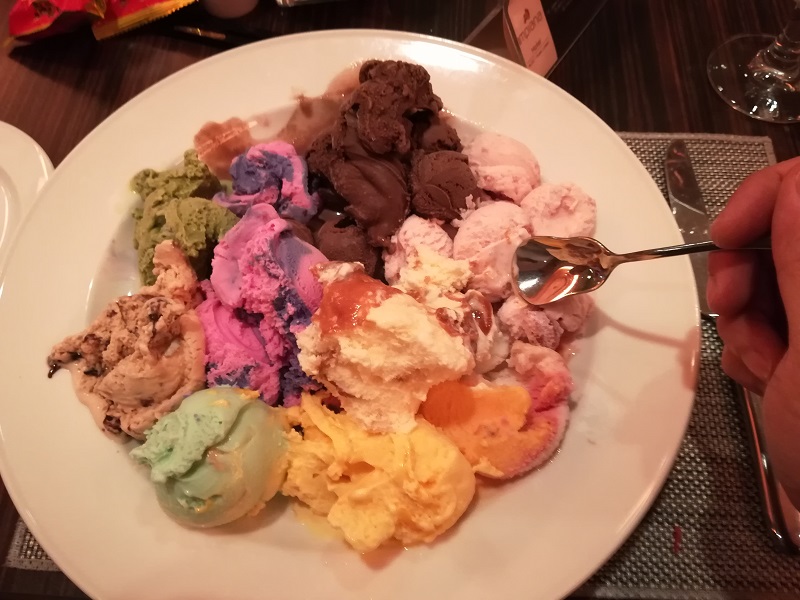 I was finishing my food when someone told me they also have Baskin-Robbins ice cream. Lo! They have not only one, but two of those ice cream carts filled with various BR flavors. I really love ice cream, especially good ice cream and since this was a buffet, I thought I’ll eat a whole plate of ice cream. Not a small bowl. A stacked dinner plate. I’m just greedy like that. Apparently, this was a lot of ice cream coz my table mates all oohed and aahed and some even took my plate to pose for a photo. I didn’t even think it was a lot! I finished everything you see here AND went back for seconds. Pistachio. Two scoops to finish things off. 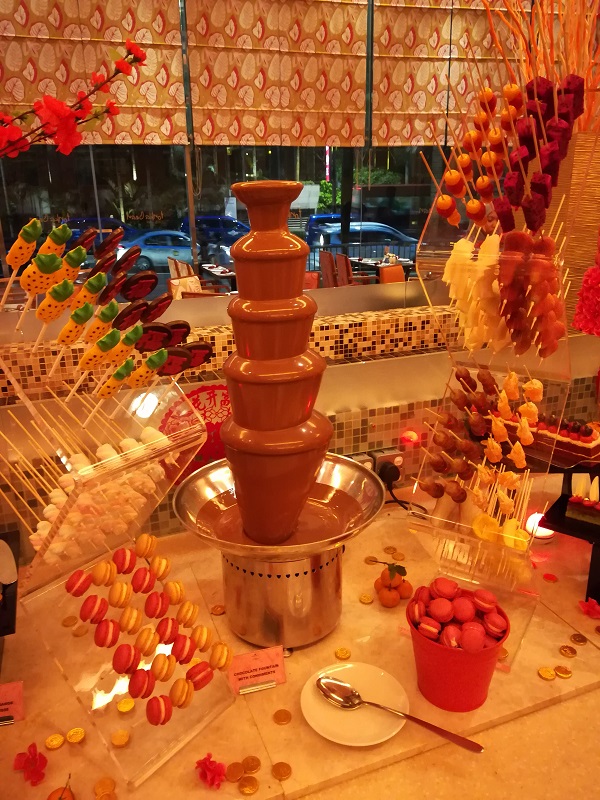 And I still had room after that for dessert. The chocolate fondue had a selection of fruits (including unusual ones like jackfruit) and sweets for you to dip inside the milky chocolate. I liked coating the macarons on a stick and eating several of those. 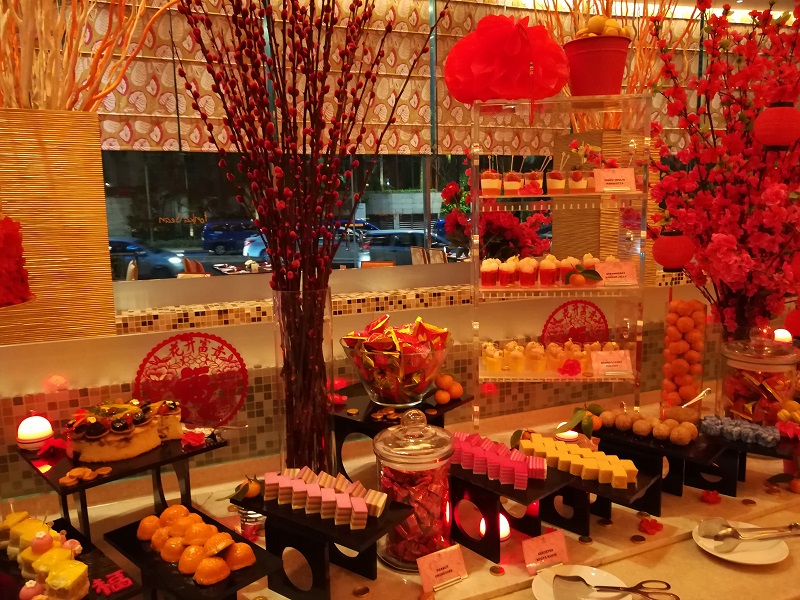 There was also an array of kueh which they’ve created for Chinese New Year. 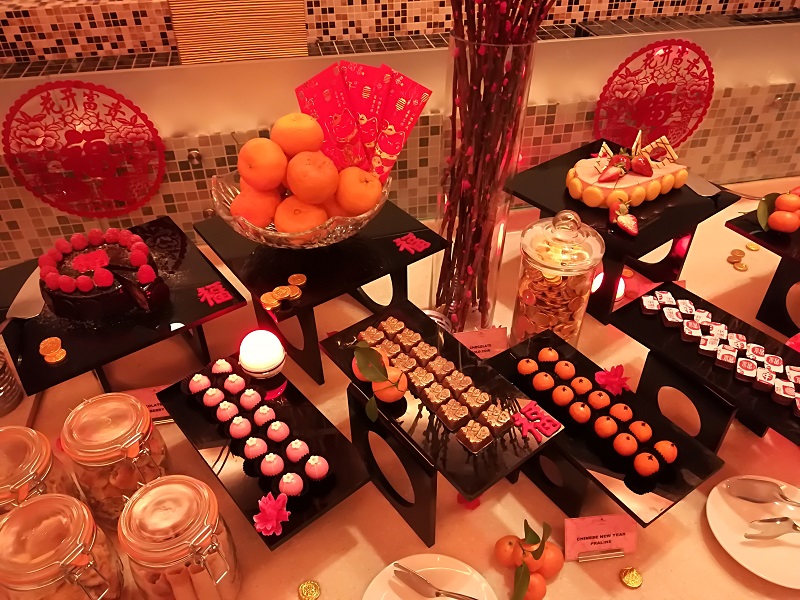 And pralines. You shouldn’t miss these. It’s delicious! The one with the Chinese character is a hazelnut chocolate type praline which I would rate as #1. Coming in a close second is the praline flanking the right, with a beautiful white-red edible cover. It’s a chocolate praline with crunchy bits inside and a hint of orange. Very moorish! I was tempted to tapao a few back. 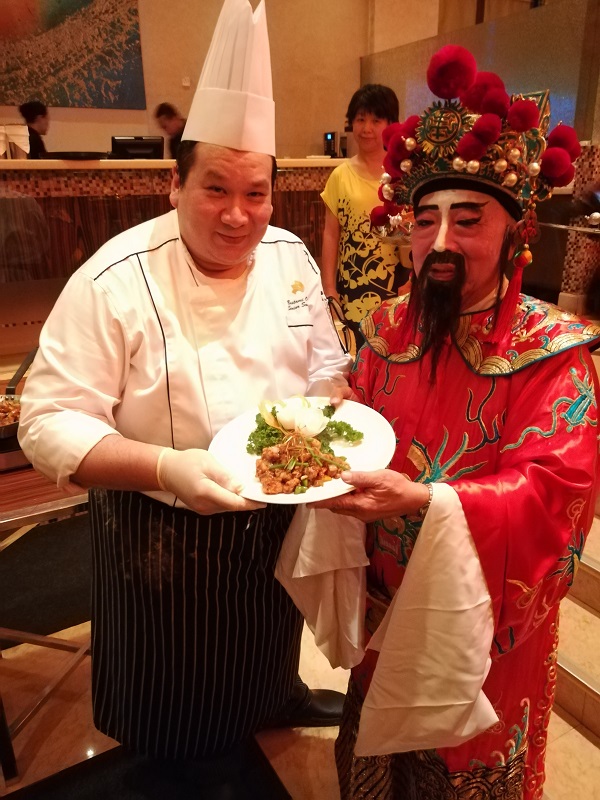 We were also treated to a live food preparation by Chef Bustami Osman, the senior sous chef of Impiana KLCC Hotel. He cooked Fried Boneless Chicken with Black Pepper Soy Sauce, one of the signature dishes on the special menu for the CNY buffet in Impiana KLCC Hotel. 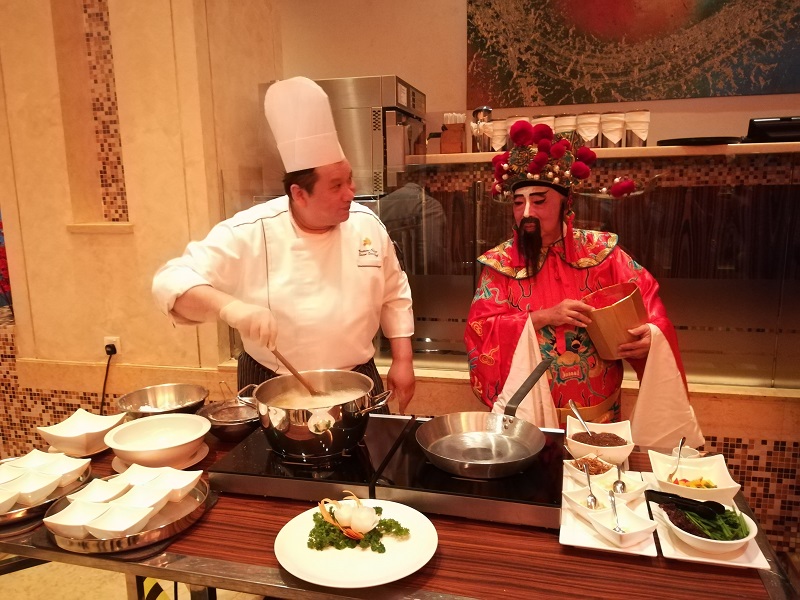 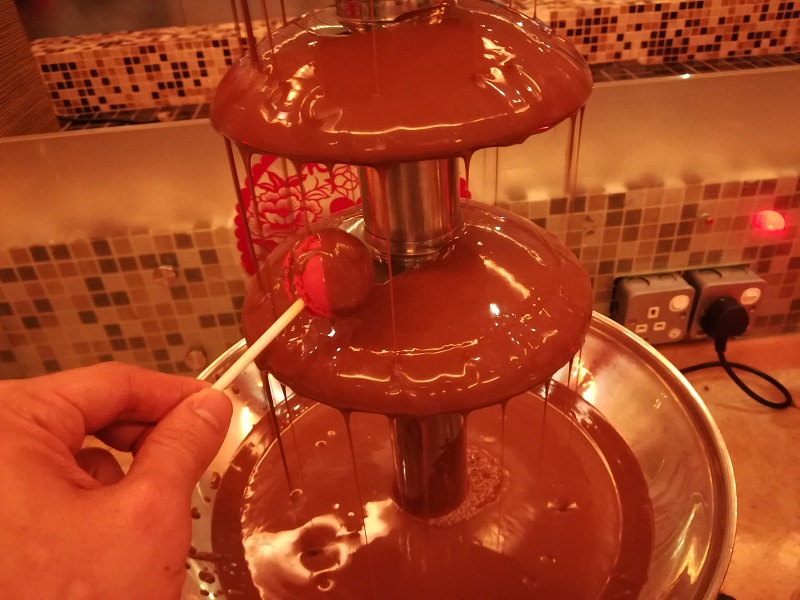 Their signature Prosperity Yee Sang is also available from Tonka Bean Cafe & Deli starting from 28th January – 11 February. There are a few selections of yee sang such as Jelly Fish, Soft Shell Crab, Salmon, Abalone and Lobster for 5-10 pax. The yee sang is also available for take away from 12 pm – 10 pm daily. 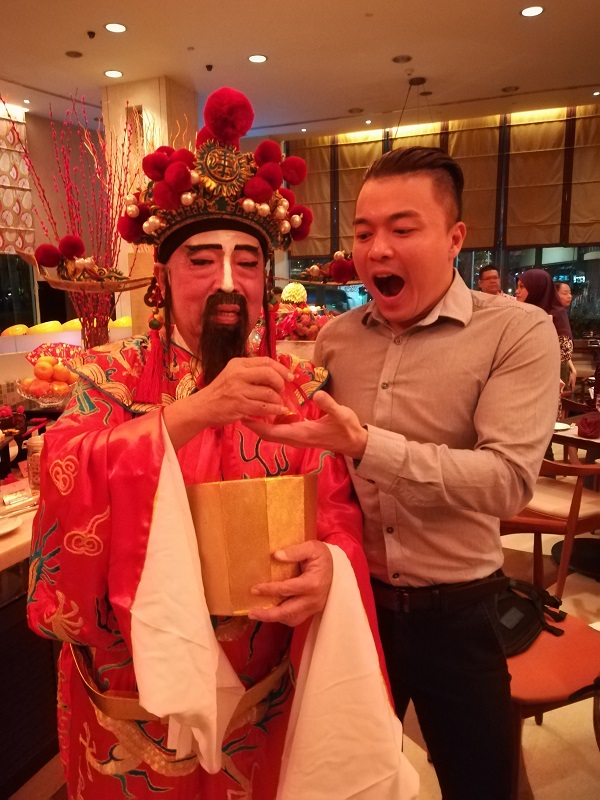