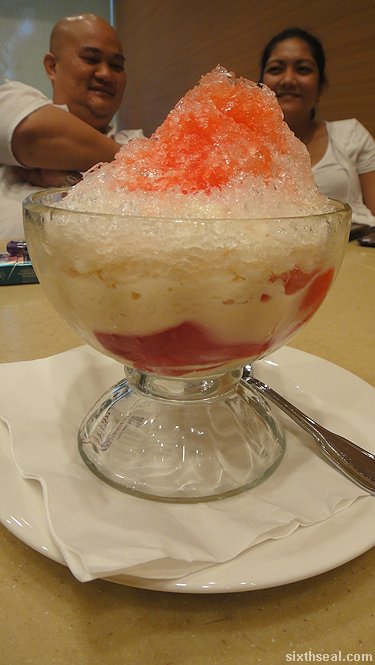 I was having pre-dinner drinks at Peppers Cafe earlier today before finally capitulating and ordered the Sibu Famous Jelly Pisang (RM 7). It is described as “Fresh banana slices with strawberry jelly in sugar syrup topped with shaved ice, finished with Ideal milk and laced with strawberry syrup”.

I’m from Sibu and I’ve never heard of such a concoction before, much less with a “famous” tag preceding it. *squints suspiciously 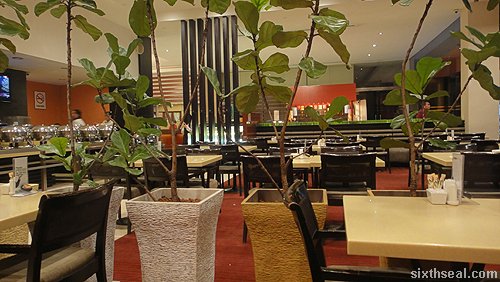 However, it seems that there really is such a dessert despite my initial skepticism and dark thoughts about fleecing unsuspecting tourists. Eddy told me that Jelly Pisang was a very big thing back when he was a teenager – all his Malay friends would eagerly go for a bowl on a particularly hot day.

I’m not sure if it’s a Sibu thing or more of a Sarawak thing but anecdotes seem to suggest the former. This is further confirmed by Arthur’s blog post about it and a mention of it being a specialty of Ban Chuan Coffee Shop way back in the days. 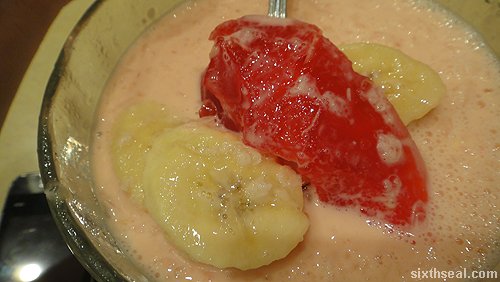 Jelly Pisang (banana jelly) is delicious – there is no sweetener in the iced concoction, the shaved ice only has cordial (for color) and evaporated milk.

However, when you bite into the huge mass of jelly, you get an intense sugar rush. The jelly forms 1/3 of the entire dessert and sets at the bottom. You scoop up large chunks of it like ruby red sugar icebergs when you dip your spoon down. There’s no fine dicing (a sure indicator of mass production) here, which is a good thing. 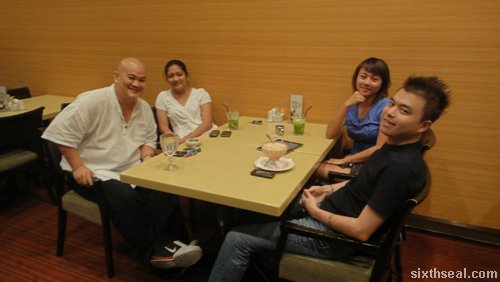 The Jelly Pisang is really quite nice, as the unsweetened shaved ice contrasts nicely with the saccharine sweet in-house made jelly. The banana slices are lovely too. However, it seems that time has not been kind to this particular dessert.

It has largely fallen out of favor and is now mostly available in cafes and restaurants under “Local Desserts” as a historical ode to days gone by, instead of stalls.