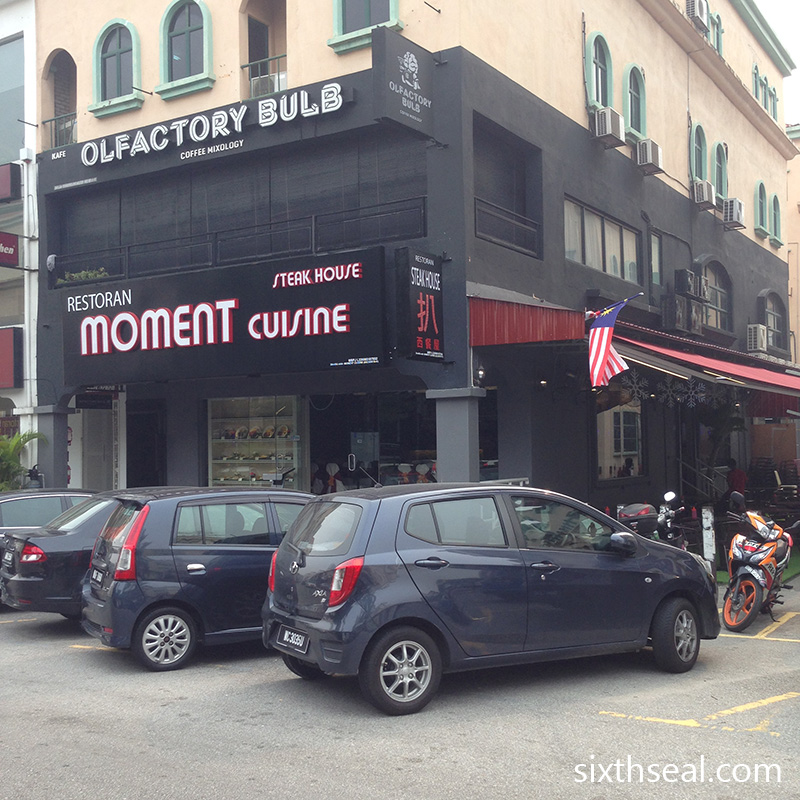 I have watched this new restaurant with interest. It wants to be a higher end steak house but the menu items have a decidedly local twist to it. The Dataran Sunway F&B scene is very competitive and many restaurants have tried and failed to make it big here. I have a seen a very promising new entry this year (a pho place) but this one doesn’t look like it’s going to be successful. It didn’t help that the restaurant was empty all the time. 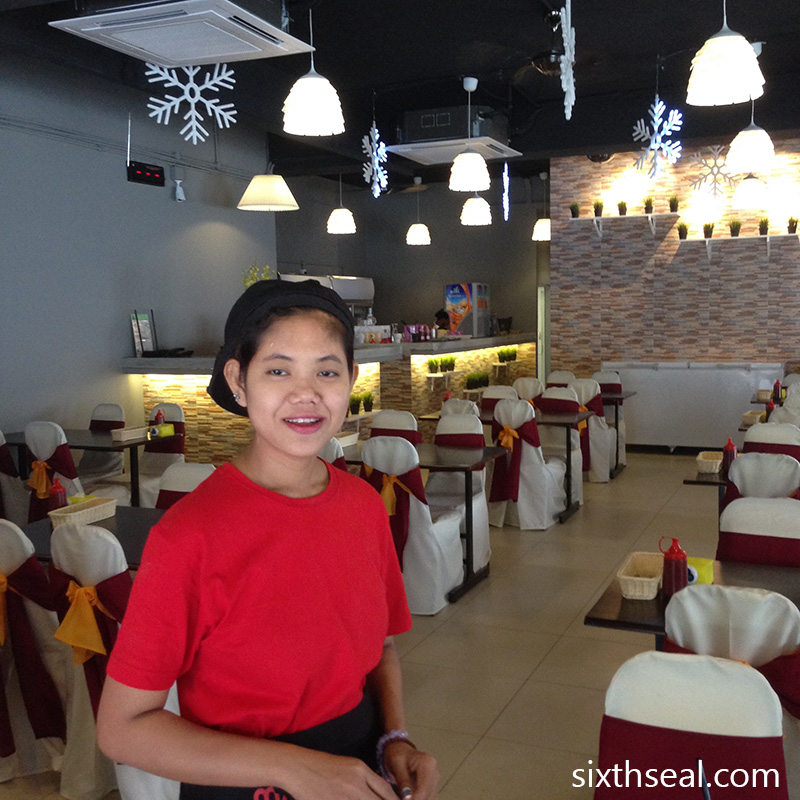 I walked in this evening to see what they’re all about. They have plastic dishes on the front, so I know it’s all steaks but I wanted to try it for myself. Moment Cuisine feels like a steak house for local palates and even has the definition of rare, medium, medium well and well done on their menu. The interior looks a lot like a budget hotel trying to look classy, with linen covered high back chairs flanking glass topped tables. 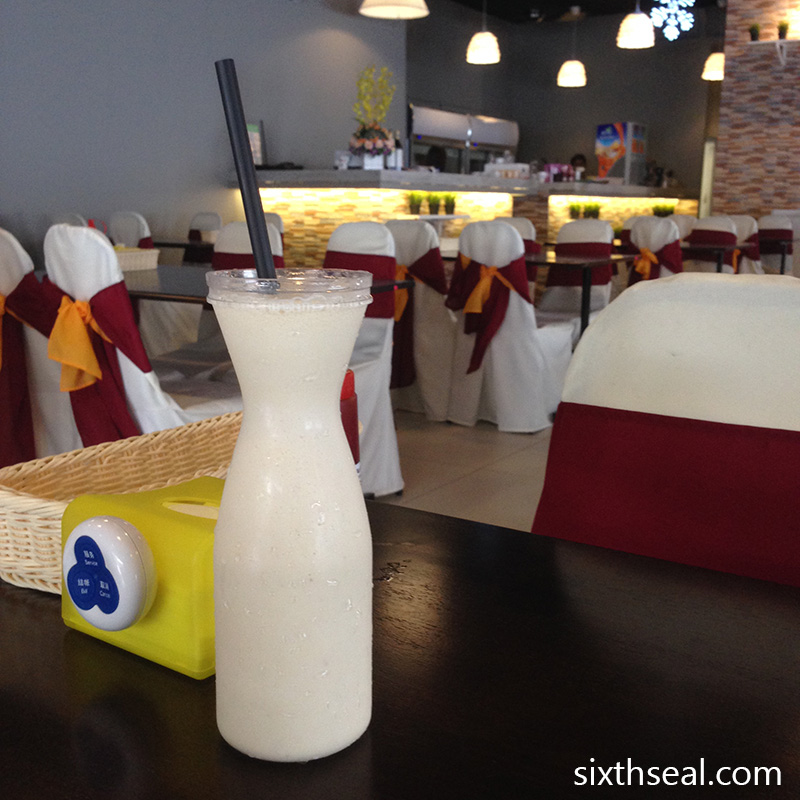 I was interested to see they have a range of real milk shakes…meaning, milkshakes made with real fruits. I opted for banana and was pleasantly surprised to see it’s made with real bananas and not the nasty artificial flavoring from a bottle (looking at you Monin). It’s pretty good. I nearly ordered another one when I finished mine, but at RM 11 per glass, it’s a little on the high side. 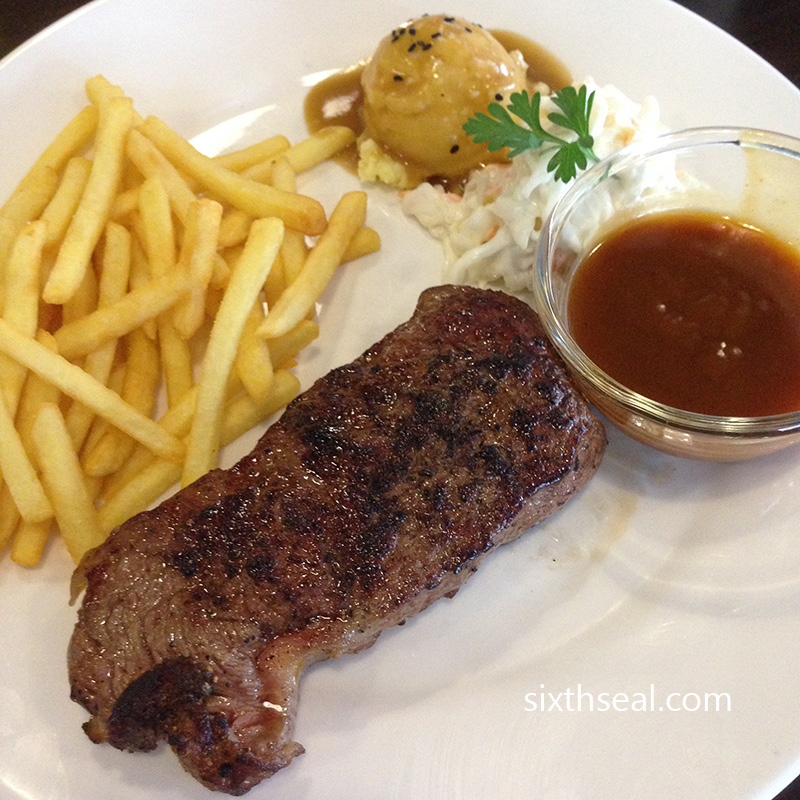 I ordered the house specialty, which is a ribeye from Australia. It comes with 3 choices of sauces – black pepper, mushroom and something called “Aromatic BBQ Sauce”. I went for the last one since I’m not very keen on the first two localized ones. The steak was very high quality. I was surprised – it’s all good meat with no gristle. 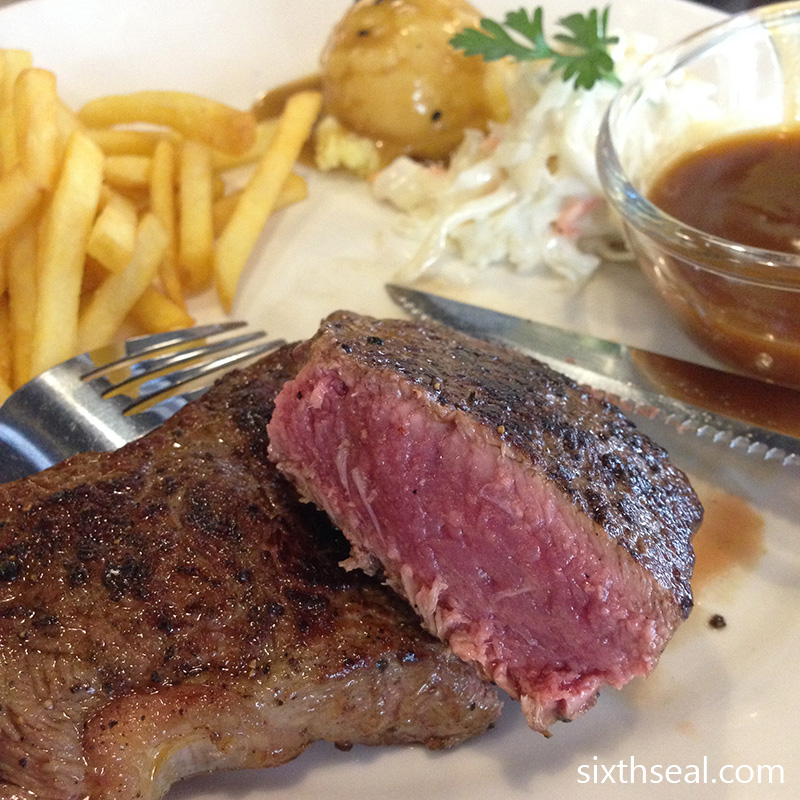 I had it rare and it came out rare. This is the most expensive item on the menu. The ribeye steak was juicy and tasty and goes very well with the apple barbecue sauce. 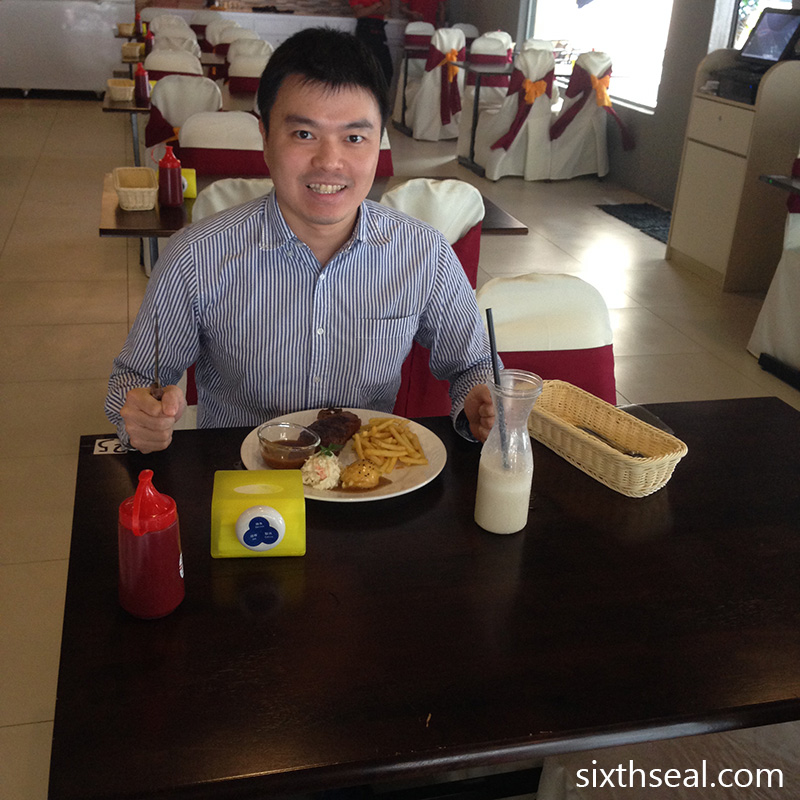 Moment Cuisine Steak House surprised me. I expected them to do localized bad steak, and while the first part was correct (it is indeed tailored to local tastebuds) the second bit wasn’t. The cuts of beef were high quality and I enjoyed eating the steak. The cold sides could do with more work though. I don’t think they’ll do very well here since it’s neither here nor there but I’ll like to be proved wrong. It’s targeting Chinese customers e.g. the food isn’t halal and they serve pork chops too. Problem is, Chinese traditionally don’t eat a huge amount of meat. I don’t mind dropping in for another juicy steak, though at RM 63 for dinner, it’s not going to be a daily thing. 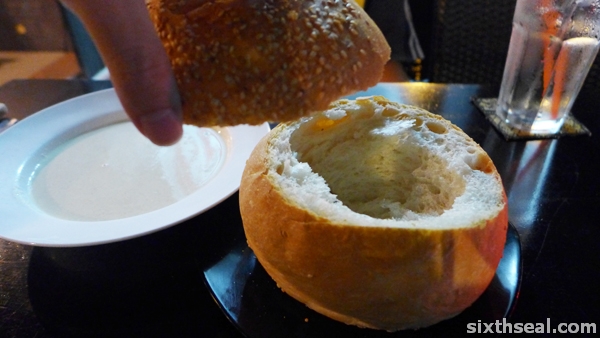 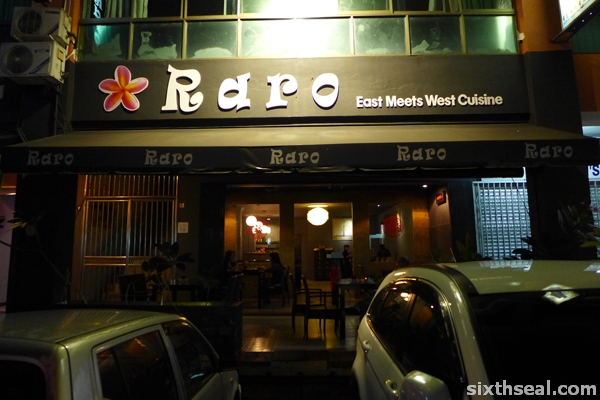 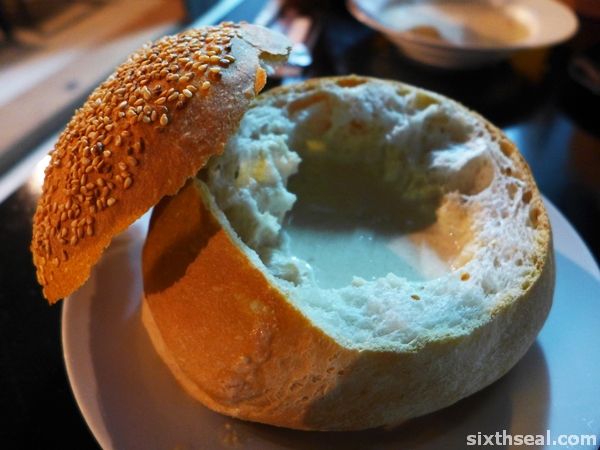 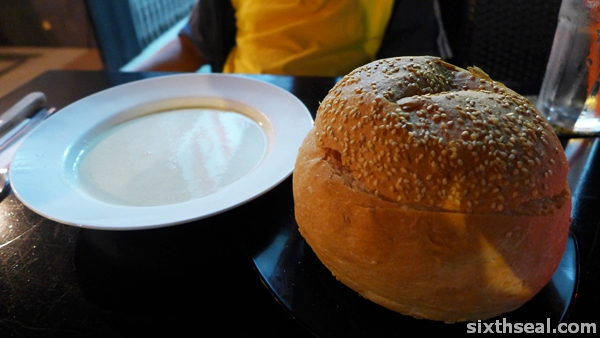 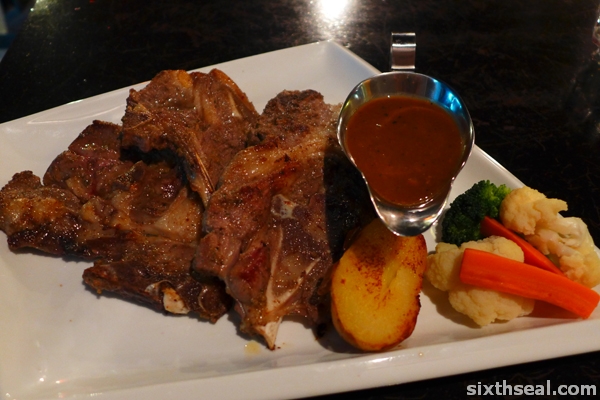 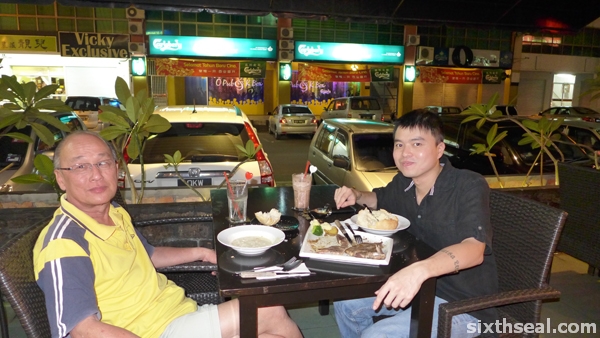 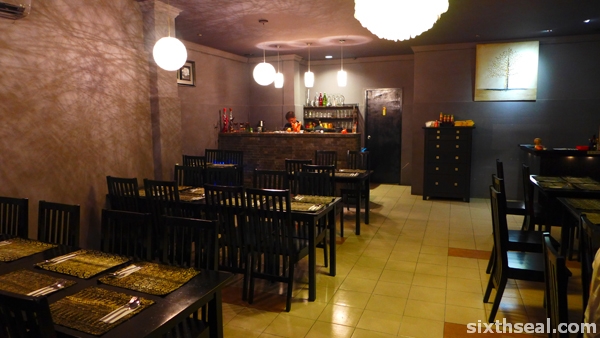