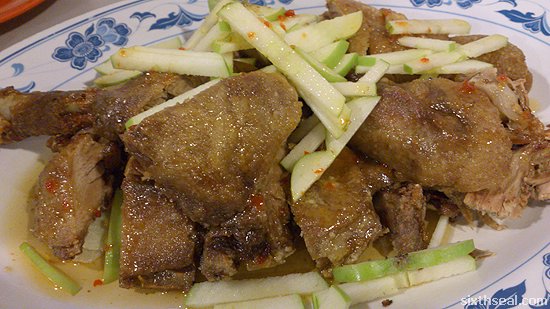 I’ve never heard of an apple duck before – the waitress taking the order assured us it was a very popular dish and thus, we swapped one of the meat orders (black pepper beef) with this menu item. We were at Nice House Restaurant – me and Arthur originally wanted to go to Cafe Ind for some fusion Indonesian and Indian food, but it was closed.

Thus, we headed over to a place which serves a gigantic roti canai that I wanted to try but that was closed too. 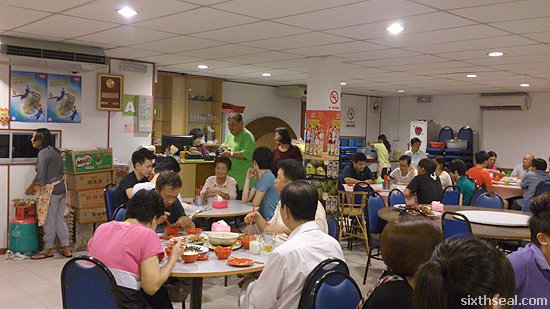 We ended up eating at Nice House Restaurant. I’ve been here a couple of times before and it seems that their typical Chinese cuisine has changed into something which I’ll call quasi-fusion. It’s still Chinese food but it uses much more non-traditional ingredients to cook. 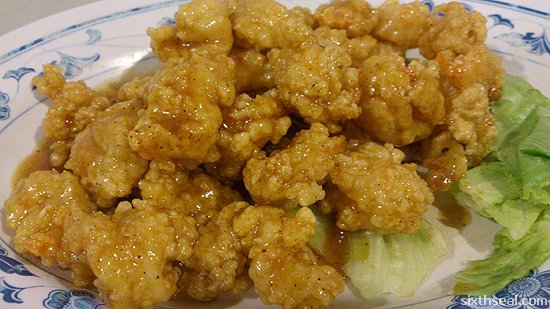 Arthur recommended the prawn with black pepper and honey. He said it was much better than Ruby Restaurant‘s famed butterscotch prawns and I have to wholeheartedly agree. The combination of black pepper sauce with honey creates a sweet and savory gravy that had us scooping up all the gravy till the plate was almost clean. 🙂 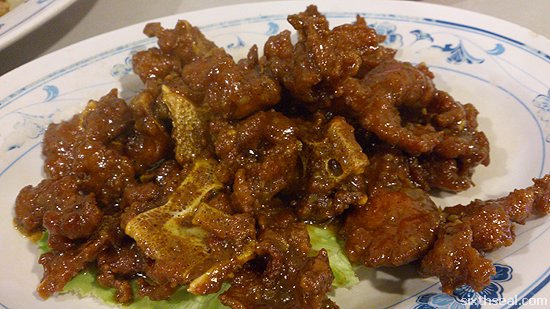 The black pepper lamb was really good too – the meat was tender and juicy, and it goes very well with rice. A superb dish which wasn’t as sweet as the prawns (coz it didn’t use honey). 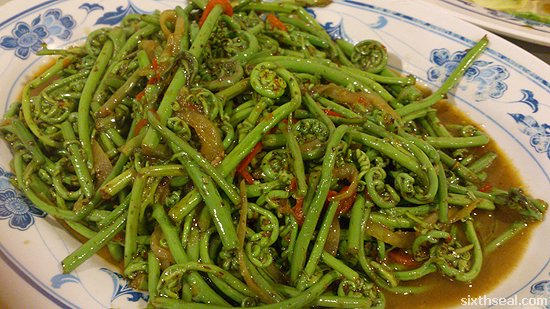 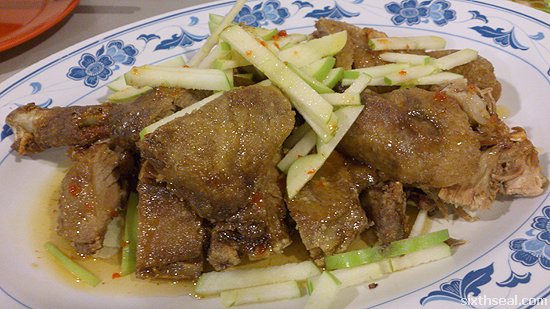 I felt that the apple duck was the most interesting dish during dinner. We ordered half a duck since a lot of people don’t eat duck due to the gamey taste but both of us do and we have been rather deprived of this particular fowl. I quite liked it although I think Arthur didn’t enjoy it as much. He hasn’t tried it before so we ordered it and the two of us finished everything – right down to the lettuce and green apple slices. 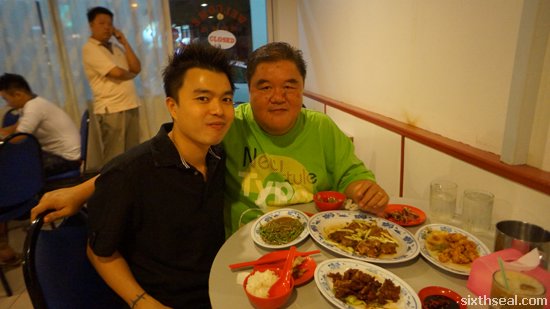 I think a lot of people thought we were having a major argument coz when the time came to pay the bill, both of us stood up and insisted on settling it. It must have looked quite interesting since I was blocking his way to the cashier. Heh.

Thanks for dinner Arthur and see you next time I come back to Sibu! 🙂

10 thoughts on “Apple duck, prawn with black pepper and honey and midin”