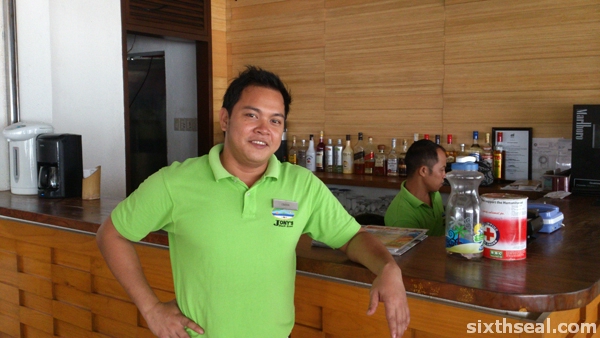 Jony’s Boracay’s Original & Famous Fruit Shakes. Well, that’s what it says on the signboard anyway. Heh. Jonah’s Fruitshakes is the original place to go if you’re craving for a mango fruit shake, spawning a host of imitators, usually with variations on the name like Jony’s, Jody’s etc.

Note the slight difference in spelling? 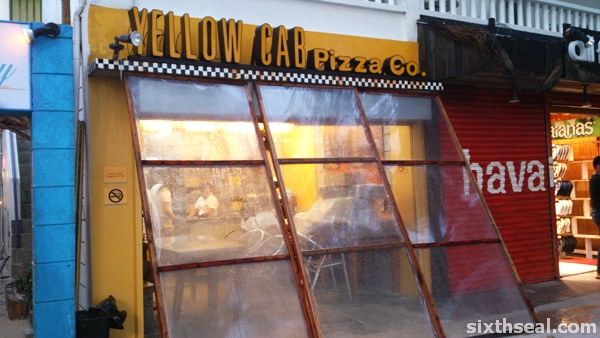 That’s how it works in Boracay, I saw 3 (!!!) different Yellow Cab Pizza while I was there too. The above is the original. There’s also a hilarious one which dubs itself Tapsi Cab (with similar font and colors) which is basically run out of someone’s house, but it actually served pretty decent burgers at a really cheap price. 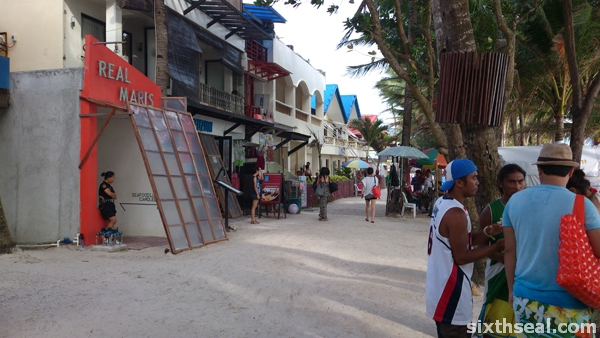 Back to Jony’s Fruit Shakes, it’s part of Jony’s Beach Resort and it’s located at Point 1 at White Beach. It’s actually a pretty nice place to chill and enjoy the sea breeze. They also serve food from different parts of the Philippines as well.

) in places like Boracay – which was why I avoided the overrated and over-mentioned Ibu Oka franchise in Bali and asked in Denpasar for place where the locals go for babi guling instead. 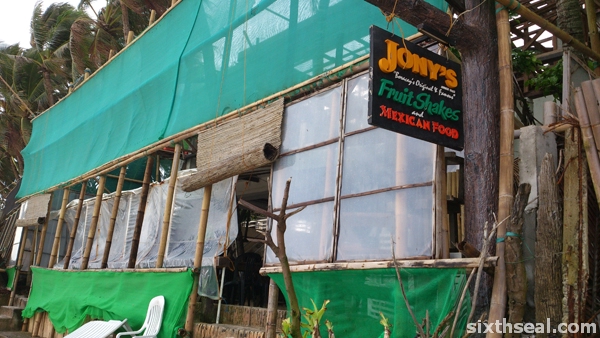 The restaurant attached to Jony’s Fruit Shakes is called Maya’s and I would give it a wide berth if I were you. The food is very mediocre and there are better choices around for the equivalent of RM 25-30 per dish restaurants. Go for the shakes, not the food. 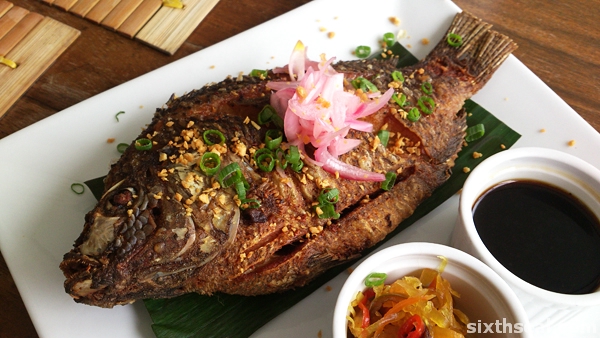 Crispy Fried Tilapia
This comes with 3 dipping sauces and is from the Luzon area. It’s pretty good – freshly fried and crispy, bit it’s the dip that makes the dish work…and seafood in Boracay is super fresh! 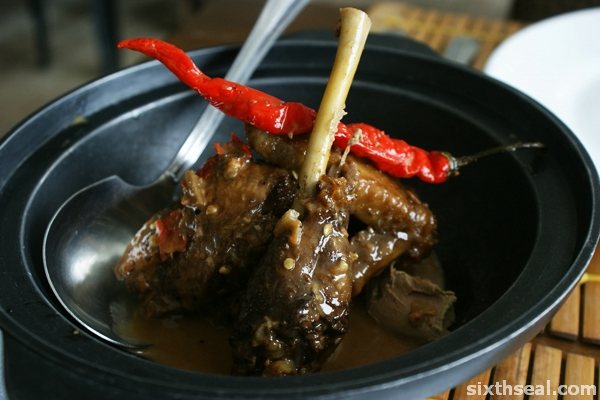 Adobong Native na Manok
I actually wanted goat kalderatta (a Panay dish of goat stewed in coconut wine) but they ran out of that, so I went for this one instead. It’s supposed to be a festive local dish of chicken simmered in soy sauce, spices and vinegar with organic chicken liver mousse.

I was really hungry then so it tasted good but in hindsight it’s really below average and quite forgettable. Except for the chicken liver mousse. That is superb!

…now for the shakes! 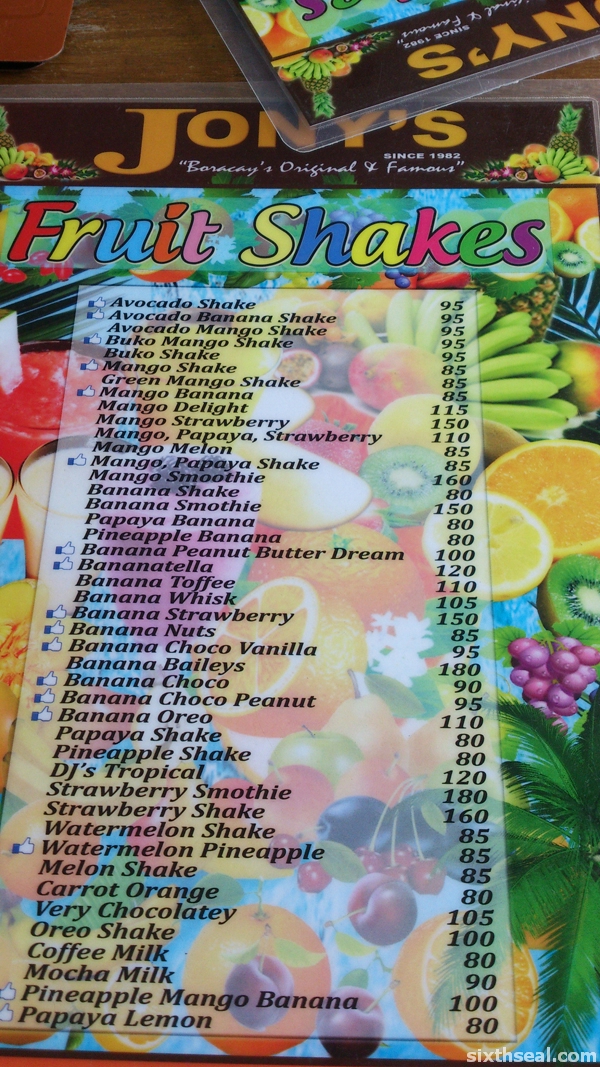 Just look at the sheer variety they have to offer. You can custom make it yourself too – simply request for the stuff you want and they’ll mix it for you. 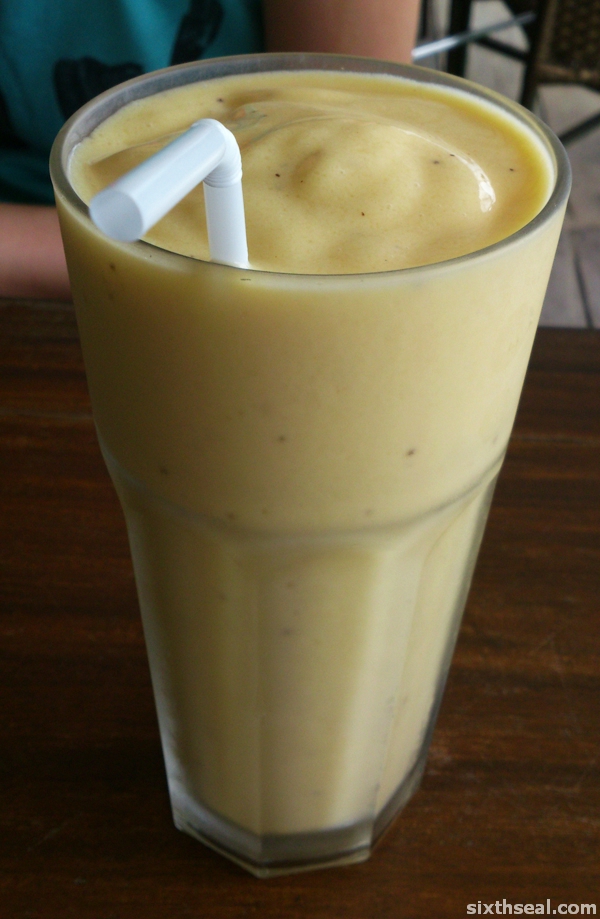 This is a Mango, Pineapple and Banana fruit shake. PHP 100.
It’s really good. The tart and sweet mango is balanced by the smooth banana and pineapple lends a tang to it. The shakes costs about RM 8-10 each, depending on what you want. 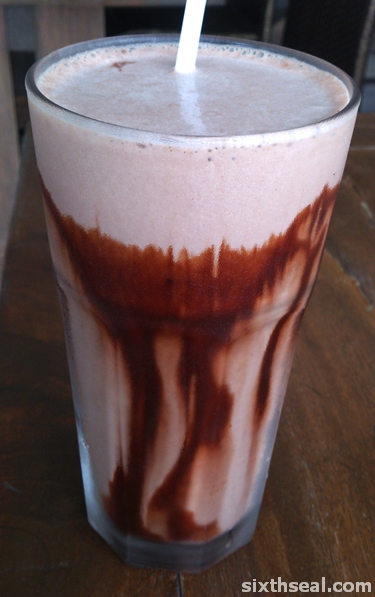 Bananatella fruit shake. I don’t even know if this can be called a “fruit shake” anymore. Heh. It’s a mixture of bananas and Nutella! Now, isn’t that awesome!

I really loved the fruit shakes at Jony’s but you’ll have to drink it really, really fast. I really don’t know if Jonah’s is better, but Jony’s does an awesome fruit shake! It’s wonderfully thick and difficult to suck up the straw at first but that’s the optimum time to drink it coz the minute ice particles inside will dilute the drink down as time progresses.

It’s subject to entropy as all things are. 😉 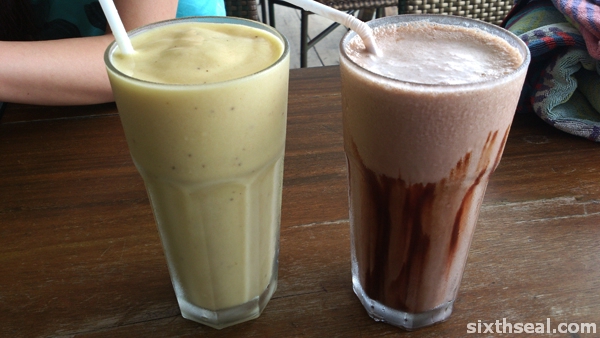 Drink up as soon as you’re served! It’s loaded with calories and sinfully delicious, but it’s also sensational – a sublime beach drink. 😀

22 thoughts on “Jony’s or Jonah’s Fruit Shakes – which is the original?”