1. Taking it in stride 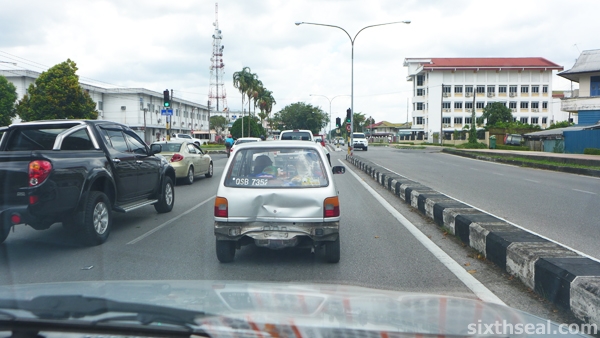 We both laughed out of surprise when we saw this. I was driving to breakfast and asked my better half for my camera so I could take a photo. It’s the most innovative way to display your car licence plate after being rear-ended in an accident.

Why, you just put it inside and life goes on. 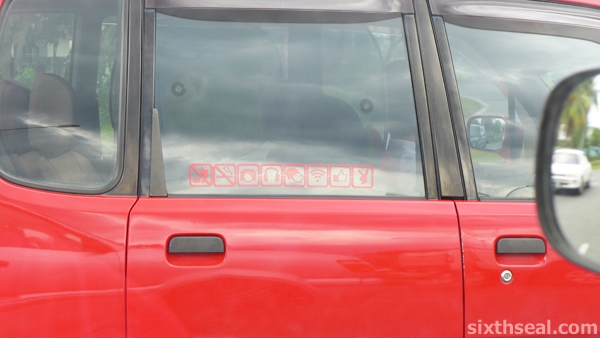 This car has the symbols for:

I don’t know what kind of statement the driver is trying to make but it doesn’t make any sense to me. Heh. 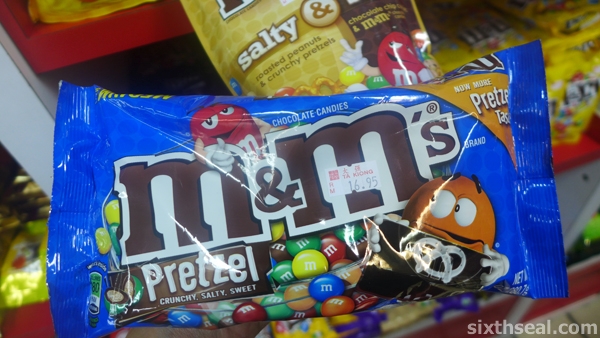 I always head to Ta Kiong when I’m home. It’s an import specialty supermarket that has things you wouldn’t think Sibu would have. They even stock stuff I haven’t seen in KL coz they import it themselves. I like the Pretzel M&M’s – the newer ones are crunchier, saltier and sweeter with “more pretzel taste”. 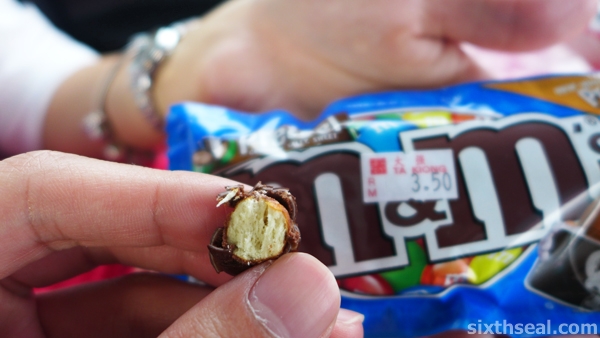 I’ve never seen Pretzel M&M’s in KL before (this is imported directly from the US) so I got some and the new formula tastes good.

I also got a pack of M&M Snack Mix – it has Salty & Sweet contents like roasted peanuts, crunchy pretzels, chocolate chip cookies. Now, the biggest question is whether the stuff is inside the M&M’s or outside i.e. are they fillings or separate snacks. I know M&M has peanuts, pretzels, peanut butter etc as fillings but I didn’t know they make them in Chocolate Chip Cookie. 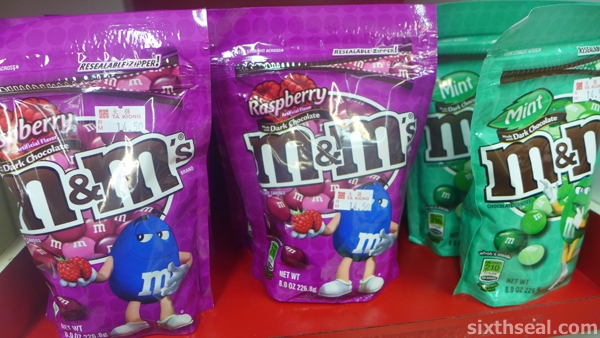 I wouldn’t be surprised though as M&M’s have Raspberry and Mint fillings covered in dark chocolate.

We haven’t opened the bag yet, so it’ll be interesting to find out. 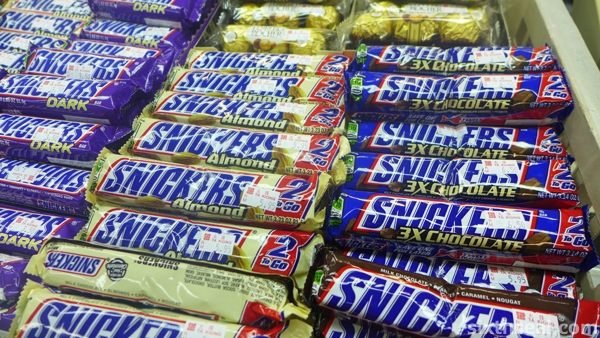 I also got us some Snickers from the US… 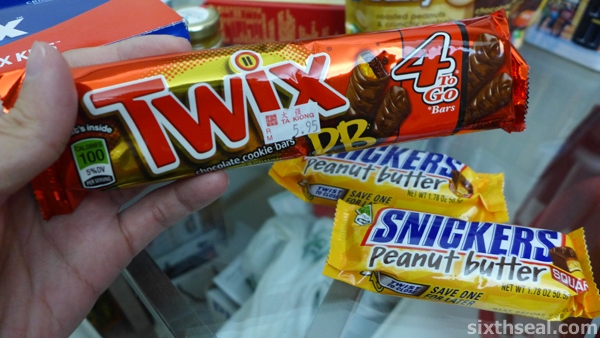 …and my favorite Twix PB! This is Twix chocolate cookie bars with peanut butter milk chocolate! Twix was what I reached for when I had the munchies back when I was studying in Melbourne and it’s still one of my favorite candy bars. I like peanut butter in candy bars, there’s also Snickers peanut butter Squared at the bottom (but we got that in KL) which basically contains 2 squares instead of a bar in a package you can twist to close and save one for later!

How to Golf in One Night

Haha! The short film above shows the antics of a guy who has never golfed in his life trying to impress his girlfriend’s dad. His friends gave him some well-intended but ultimately disastrous advice for “The Judgement Day” (as it’s hilariously called). His first swing made the golf club fly from his grip and hit someone, much to the disapproval of his future father-in-law.

It has a truly heart-warming ending after he and his girlfriend’s father have “the perfect round”.

I’ve seen Heineken and CIMB Classic posters around town and it’s no surprise that the long term sponsor of premier sporting events in the global arena like the UEFA Champions League for football, the Heineken Cup for rugby, and the US Open for tennis is finally going into the golfing arena – by being the official beverage partner of the CIMB Classic 2013 at the Kuala Lumpur Golf and Country Club (GLGCC) from 24-27th October. 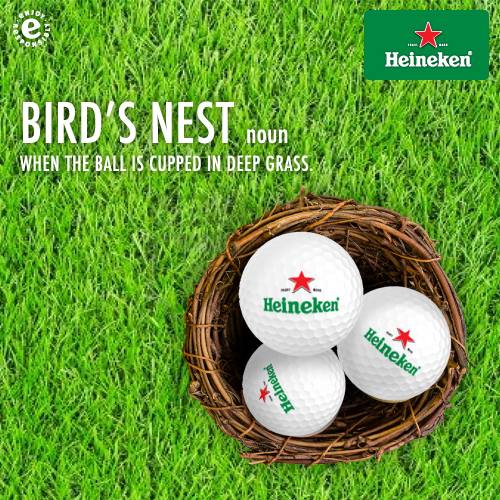 The prestigious CIMB Classic is the first PGA tour in Asia and golf enthusiasts can finally get Heineken style premier hospitality from their public hospitality marquee at the CIMB Classic. Located above the food village, Heineken’s The Green Experience will be a place for fans to lounge in style as they enjoy a grandstand view of golf’s greatest in full swing while cooling down with a refreshing Heineken brew in hand.

That’s what I read and it really made me want to go and experience the exclusivity that describes! You also get to pour the perfect pint of ice cold Heineken and give your best shot at the various games while watching the world-class action on screens. It’s the ultimate in Heineken hospitality!