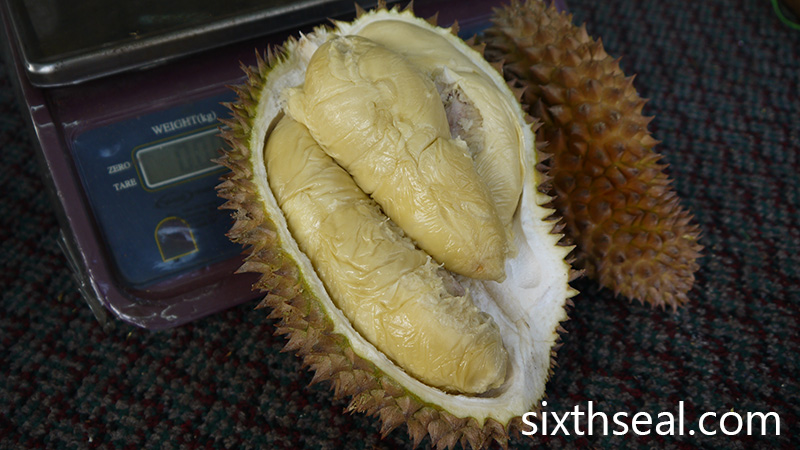 Susu Durian! This literally means “Milk Durian” (Susu is the Malay word for milk) and it was one of the durians on my To Eat list in Penang. I’ve heard a lot of good things about this durian and couldn’t wait to sink my teeth into it. 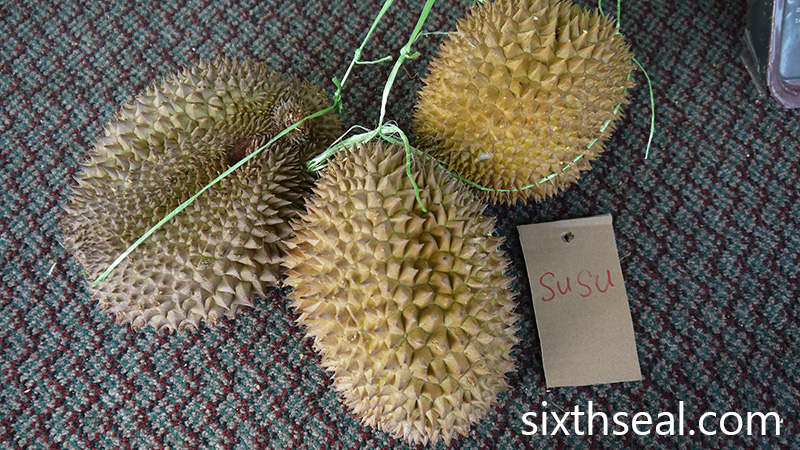 However, I was a little wary about the durians I came across since they all didn’t have a stem. This is usually a VERY BAD sign – especially since all three (3) of the Susu Durians were missing their stem. The likelihood of all 3 falling on the stem (it happens, but rarely) is quite small so a durian missing its stem can mean a range of nefarious things – it was cut before it was ripe or a chemical agents were used to induce ripening. 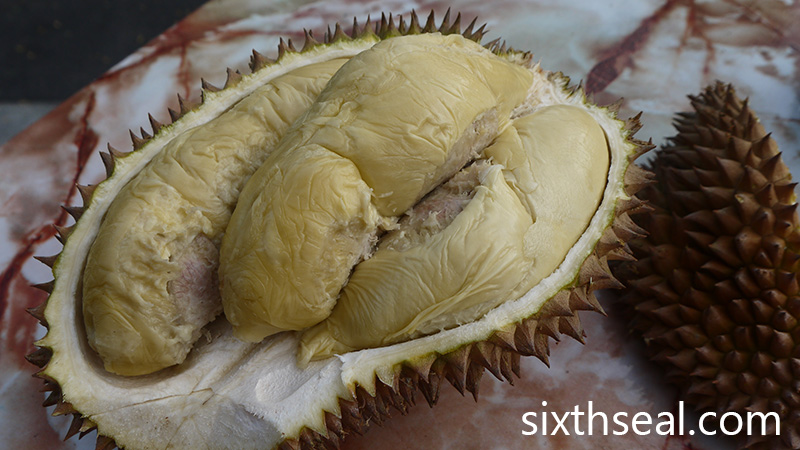 Nevertheless, since I’ve never had a Susu Durian before and this was the only stall carrying it, I took a chance. I really wanted to try the famous (among durian connoisseurs) Susu Durian. The husk can range from green to yellow and doesn’t seem to indicate ripeness, I chose my own for this one. This cost RM 18/kg and weighed in at 1.7 kg for a total of RM 31 for the durian. 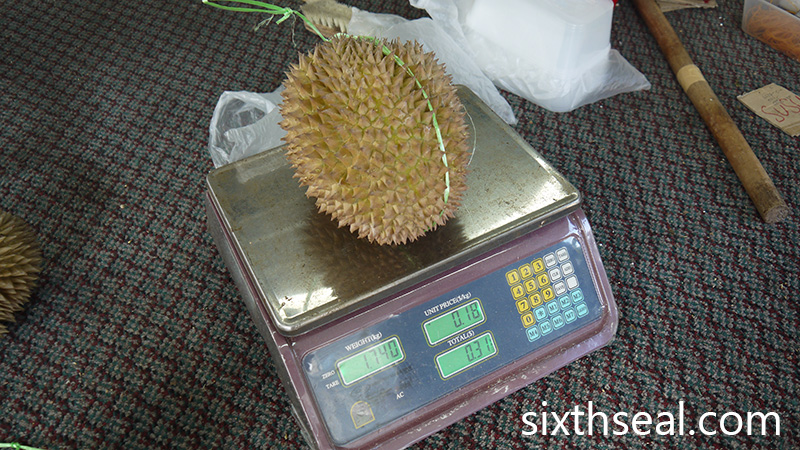 The Susu Durian was slightly overripe in some places, slightly under in some places and absolutely perfect in some. I want to emphasize the slightly bit – the over/under is barely noticeable, it just so happens that I was alone and had this durian to myself so I could think and savor at the same time. This could be due to its unusual shape or to possible abovementioned roguish intervention. I can’t really tell, to be honest. 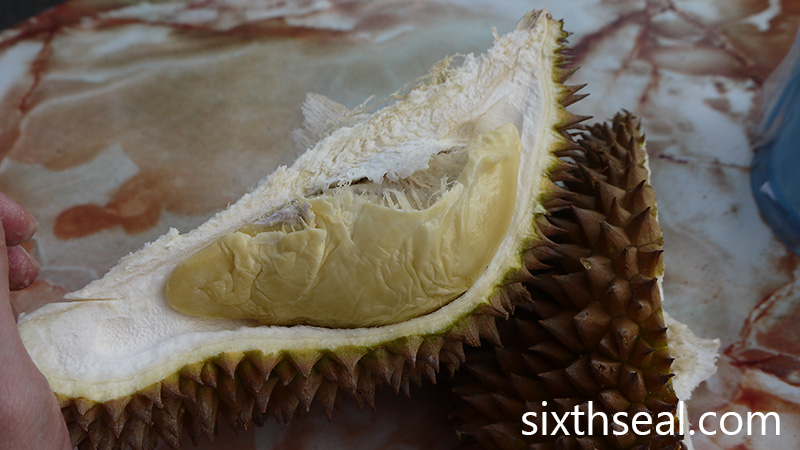 Amazingly, it has several different tastes in the durian – one segment was bittersweet to bitter and one *perfect* segment was intensely sweet, with only sweet tones and that one smelled and tasted remarkably like milk (which, I gather, is why it got the name). The flesh really tasted so much like cow’s milk that I was quite taken aback. A very nice durian, among the best I ate this year. 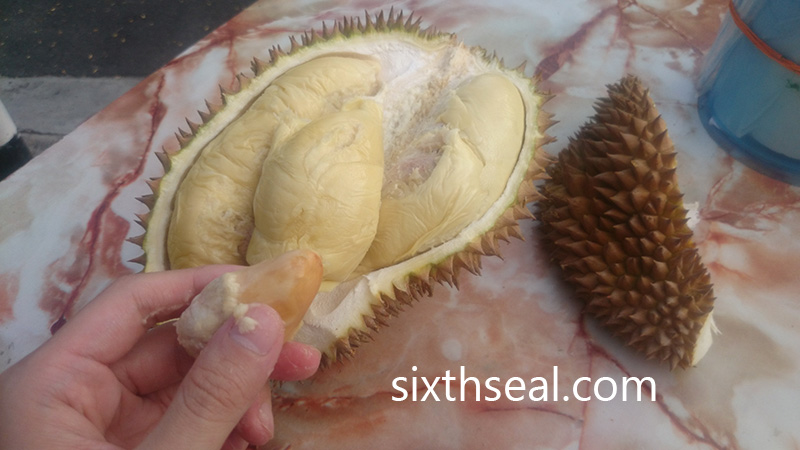 There’s little to no fibre in the Milk Durian and the snow white flesh rates as one of the creamiest durian I ever had, in the literal sense. It’s as creamy as a good Black Thorn with some of the stickiness you’ll find in a Ganja Durian (also known as D158 Ganyao/Kan Yao/Tangkai Panjang). I highly recommend a Penang Susu Durian if you come across one. 🙂

17 thoughts on “Durian Susu (Milk Durian) in Penang – it really tastes like milk!”