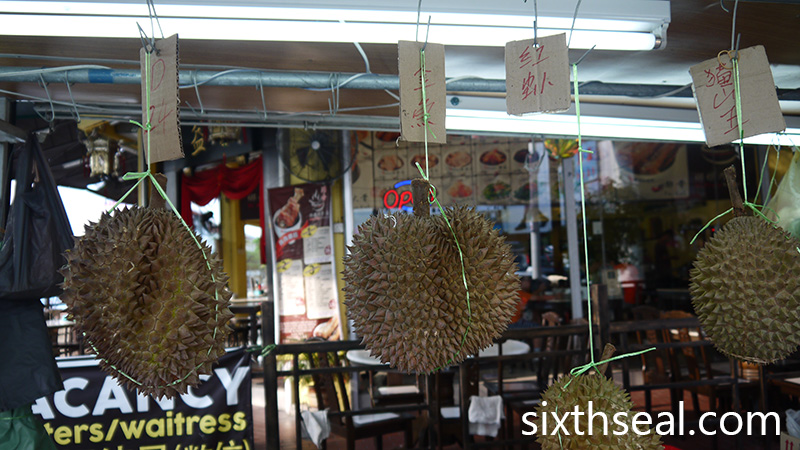 Goldfish Durian is known locally as “kim hu” in Penang. Kim Hu is the Hokkien word for Goldfish. I have no idea why this durian is called Goldfish, maybe due to its large and round shape.

I had wanted to eat this right after the Susu Durian but was too full so I came back later at night with my better half and the kids. 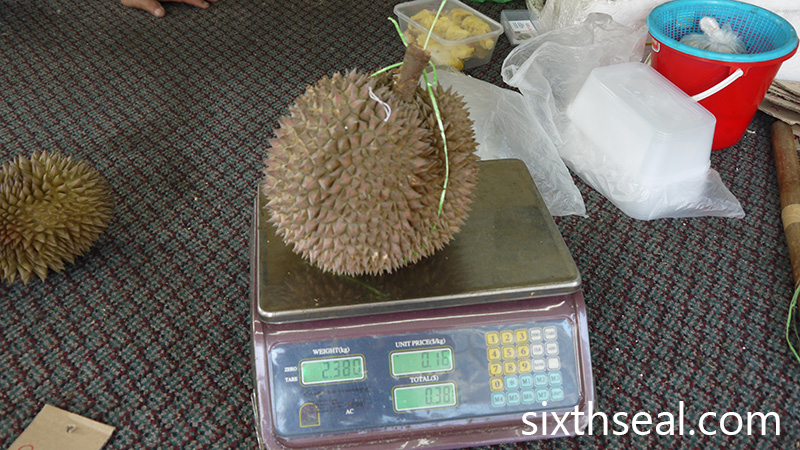 The Goldfish Durian is a big fruit with a short, thick stubby stem that weighed in at 2.4 kg. It was slightly cheaper at RM 16/kg so this one cost RM 38 (RM 46 inclusive of a bunch of rambutans). The durian tasted sweet to bittersweet and the flesh was nicely wrinkly with completely no fiber. The skin just comes off and it was very, very creamy. 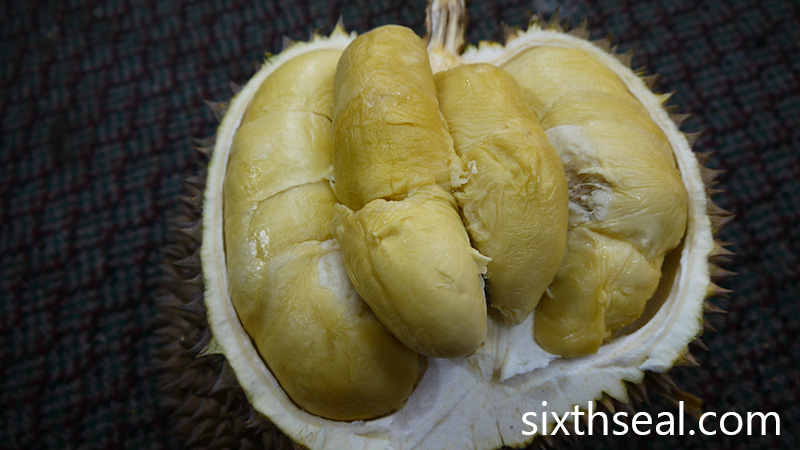 I had specifically come to Penang for these varieties and wanted to have Ling Fong Jiao, 604, 600 durians etc but they’re all early season durians and Susu Durian, D15 Durian and Ganja Durians are the late season durians that were left. Most of the varieties here are available in George Town and meant for local consumption only. I was quite pleased at the chance of being able to sample the Kim Hoo Durian (Goldfish Durian). It was good – although the kids wouldn’t touch it, my dear liked it too. :)