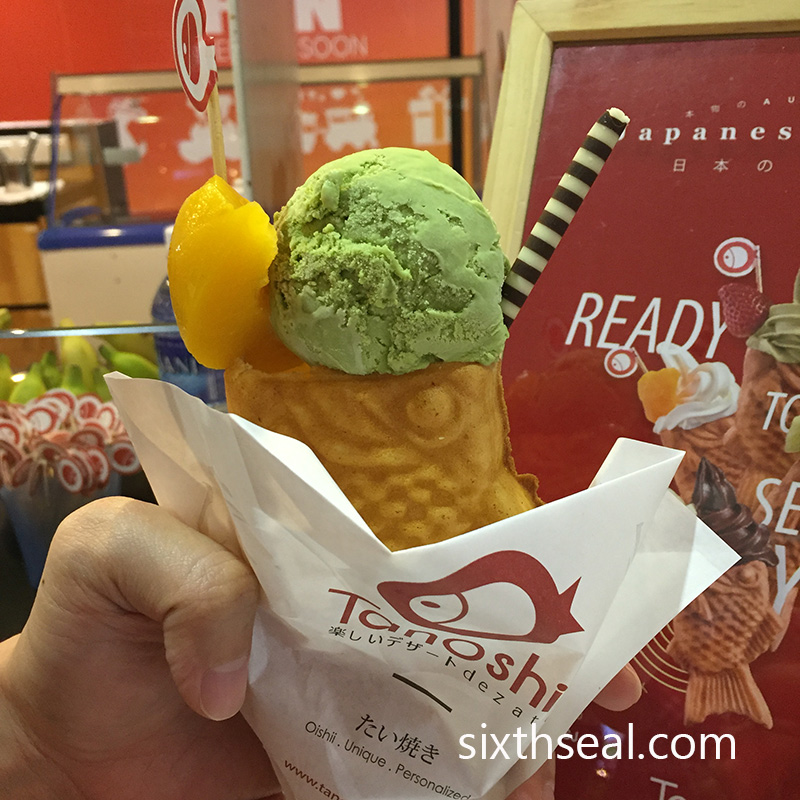 “Tanoshii means enjoy, so this ice cream cafe literally means Enjoy Dessert in Japanese,” I proudly declared to my better half. It seems that my years of watching anime during college in university had paid off at last.

I could only piece together the two words, hardly enough for our trip to Hokkaido in a month’s time but sufficient for our dessert pit stop. 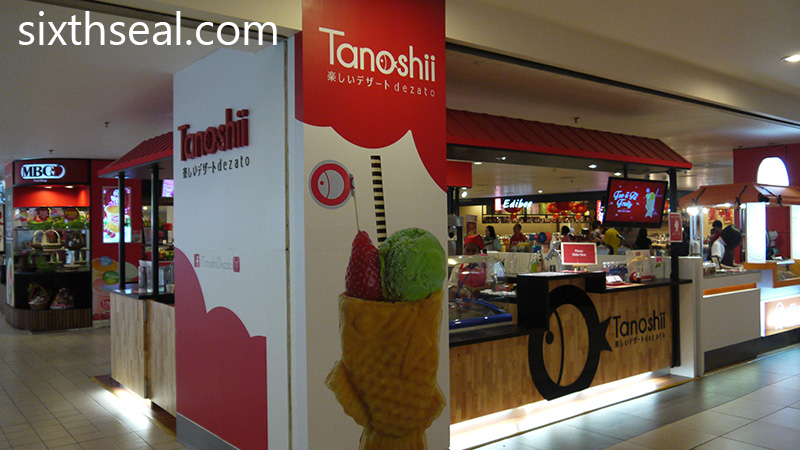 We had come across Tanoshii Dezato in Tropicana City Mall, which offers the intriguing creation of a taiyaki (baked sea bream – the Japanese style fish cake) filled with custard, topped with ice cream and a fruit. 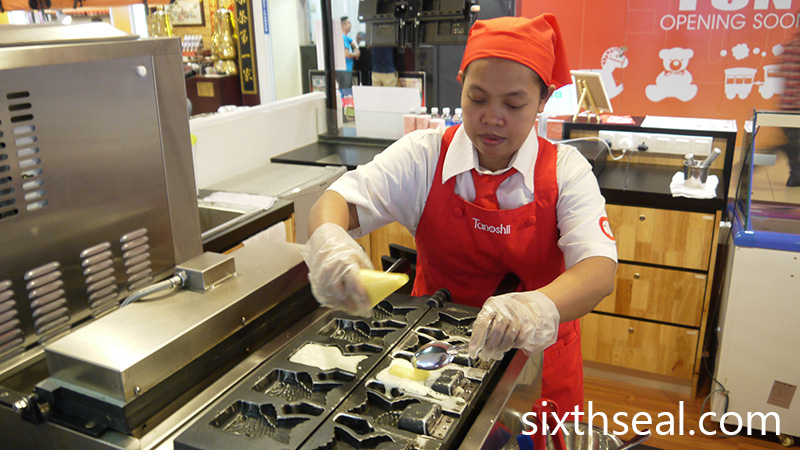 The Signature Taiyaki costs RM 12.80 and you can customize it with a stuffing, ice cream flavor and fruit of your choice. There’s everything from red bean to chocolate for the filling and several ice cream flavors in addition to peach, kiwi, strawberry and banana as the fruit option. 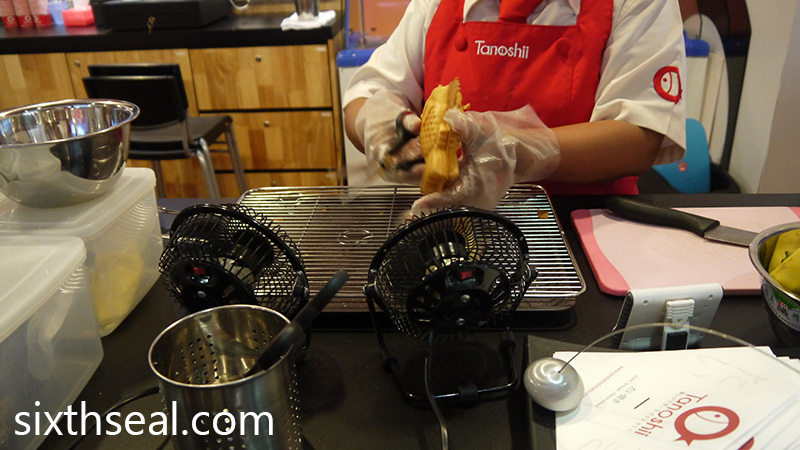 The interesting thing at Tanoshii Dezato is that the taiyaki is freshly baked on the spot! This mean it’ll be crunchy and warm and we were looking forward to eating the unusual Japanese themed ice cream “cone”. 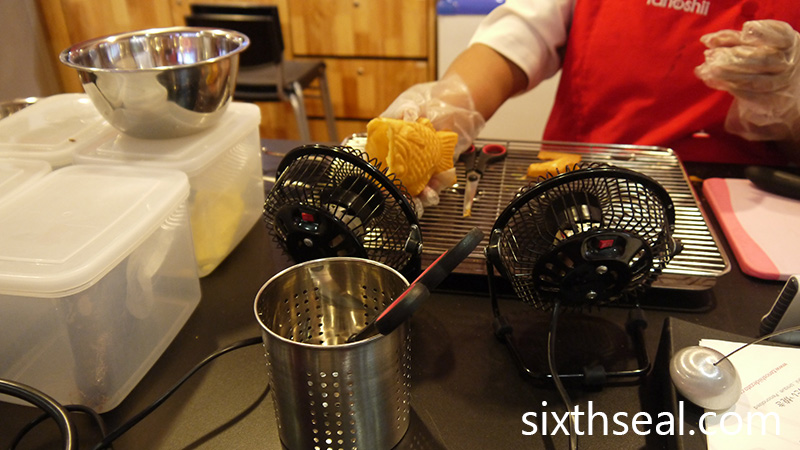 The woman manning the counter had two small fans to cool the taiyaki cone so the ice cream won’t melt when it’s inserted. The custard is baked inside the fish cake (see previous pic) and the fruits are all fresh! 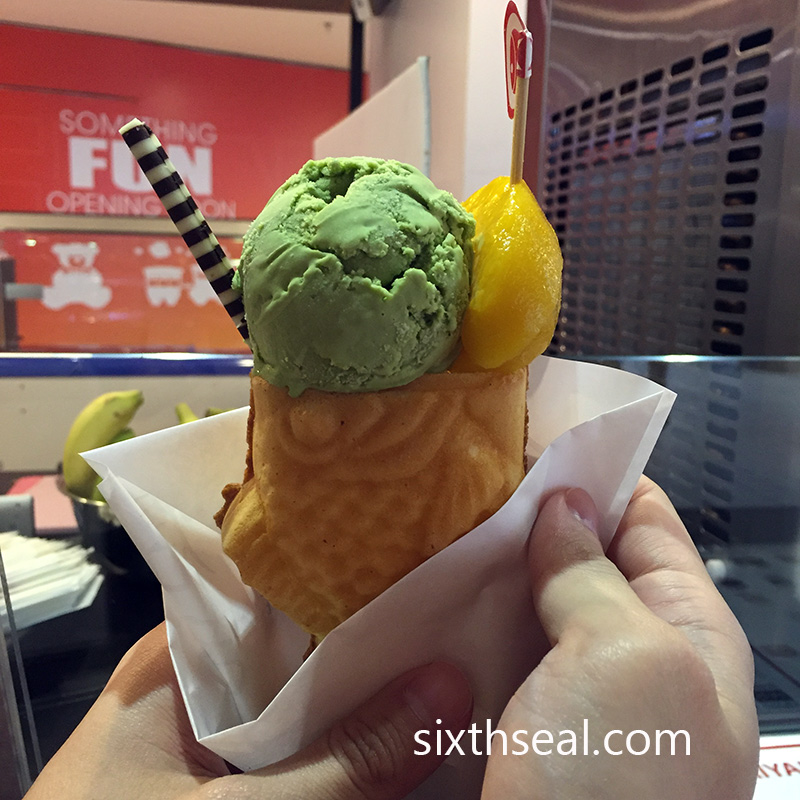 We went for a custard filled taiyaki with matcha ice cream and fresh peach. It tasted wonderful! The taiyaki is stuffed with the custard filling so there’s something for you to eat with the “cone” and the ice cream goes into the taiyaki cone too. I like how the fruits are fresh instead of canned. 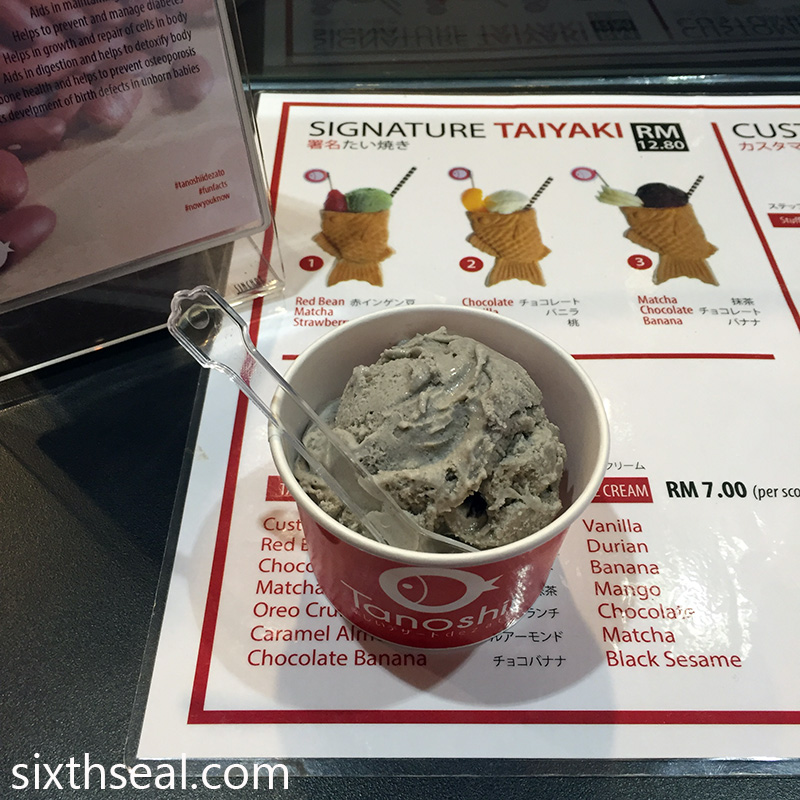 My dear also wanted another scoop of black sesame ice cream by itself. The ice cream costs RM 7 per scoop if you want it a la carte. Tanoshii Dezato also sells taiyaki by itself for RM 9.90 but the combo of the two with fruits just cost RM 12.80 so that’s the better option unless you’re too full to eat the taiyaki. 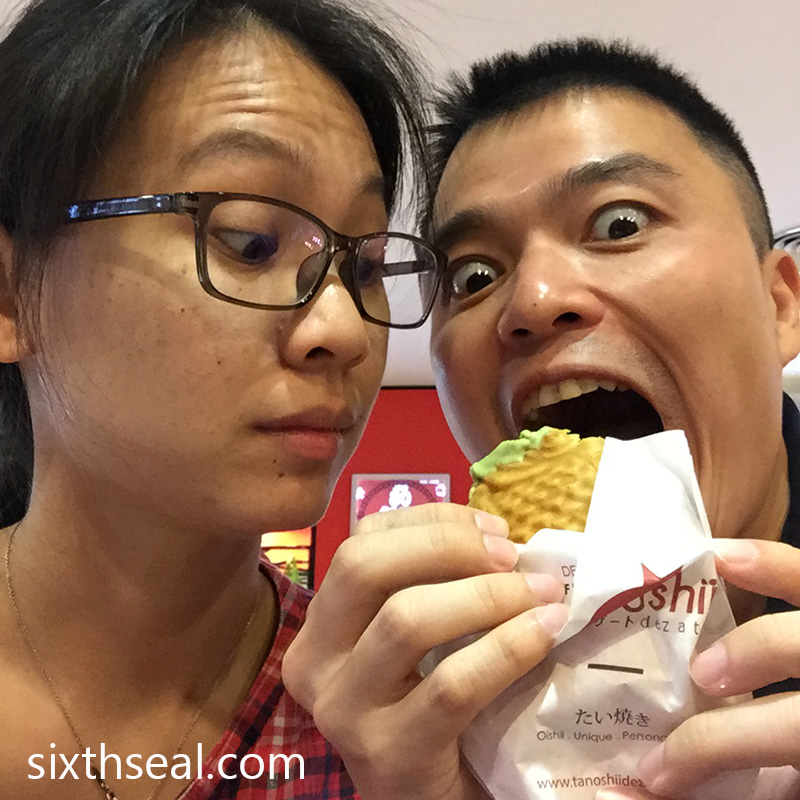