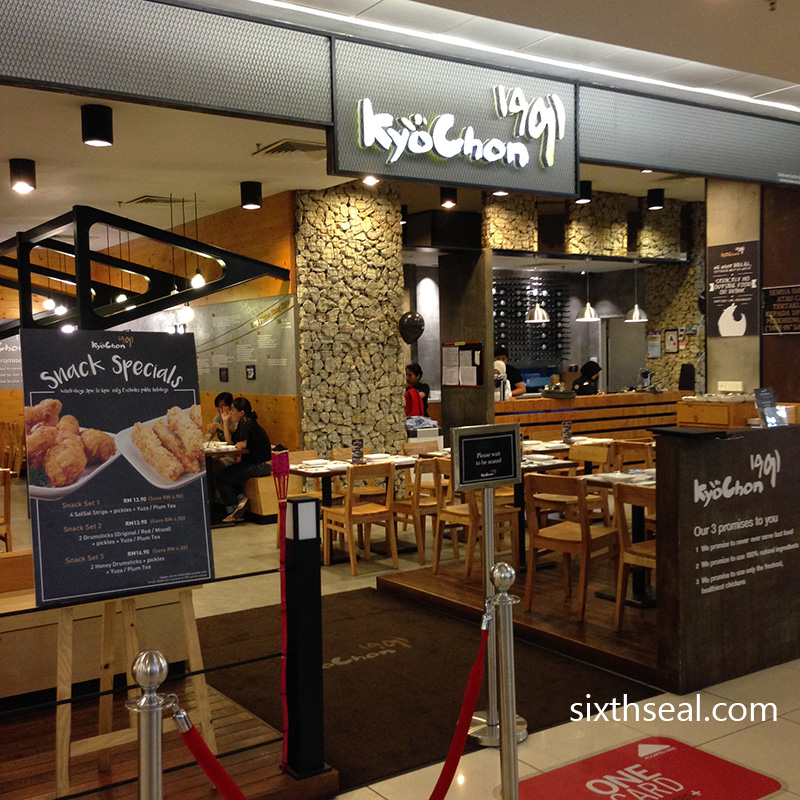 I’ve been a bit obsessed with Korean fried chicken lately and went down to 1 Utama just now to check out KyoChon. My better half went with the kids when I was back in Sibu and told me that it’s quite decent. She had a mixed platter and thought the Honey Series are great. KyoChon is an international Korean fried chicken chain that started in South Korea but now has branches all over the world, including the United States, and now, Malaysia. 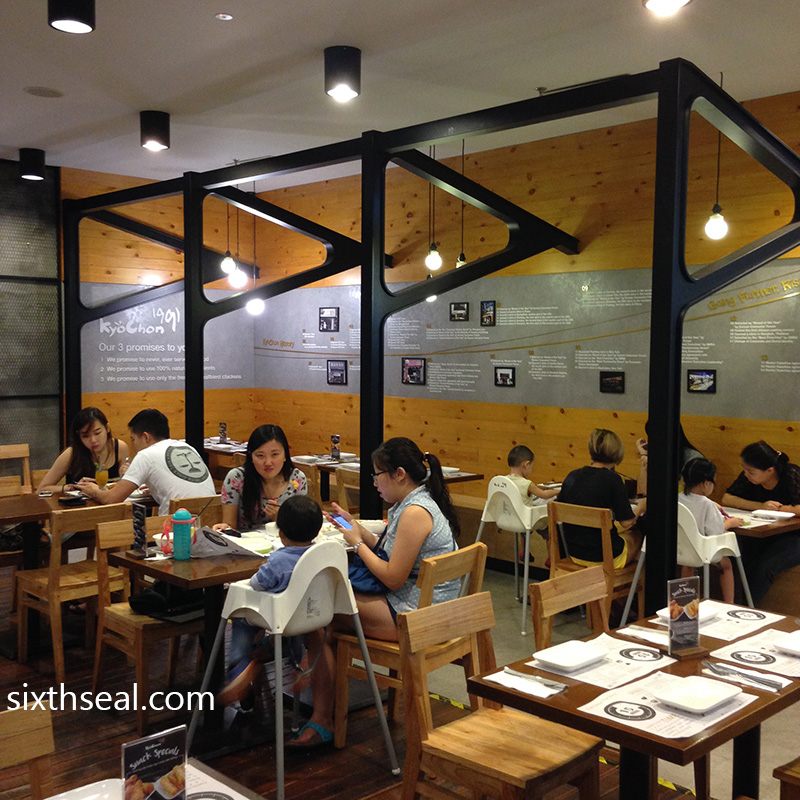 KyoChon recently started serving 1/2 and whole chickens but they used to only have drums, breast strips or wing + drumlet combos. I was eating by myself this afternoon so I couldn’t order the whole chicken. I went with the drumstick option since I prefer a whole leg to Buffalo chicken wings. The pricing is RM 18.50 for 8 pieces of wing and drumlets or RM 11.50 for 2 pieces of drumsticks. KyoChon also serves fresh, unfrozen chicken so it’s not tacky like fast food. 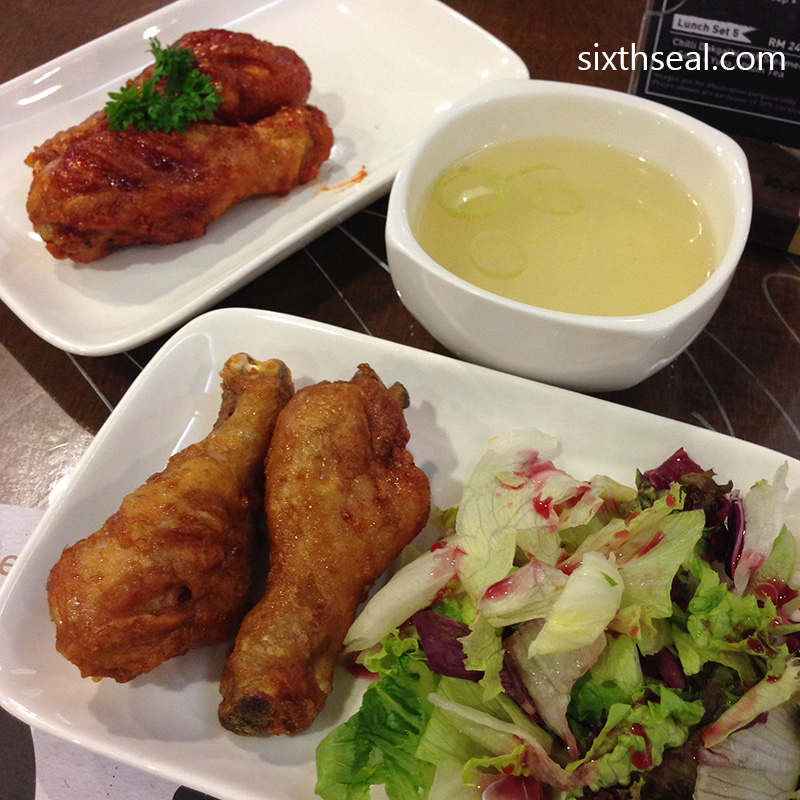 I made this a meal with an RM 6 upgrade. It comes with steamed rice, salad, soup, and a drink. The rice costs RM 3.90 separately so adding RM 2 for soup, salad and a drink is an awesome deal. KyoChon takes at least 15 minutes to get your order ready since they’re cooked to order. It actually took more like 20 for my order to come but it’s worth it. The drumsticks are much smaller than I had thought so it’s a good thing I ordered two sets. I wouldn’t have been willing to wait for another 15 min just to add on an item. 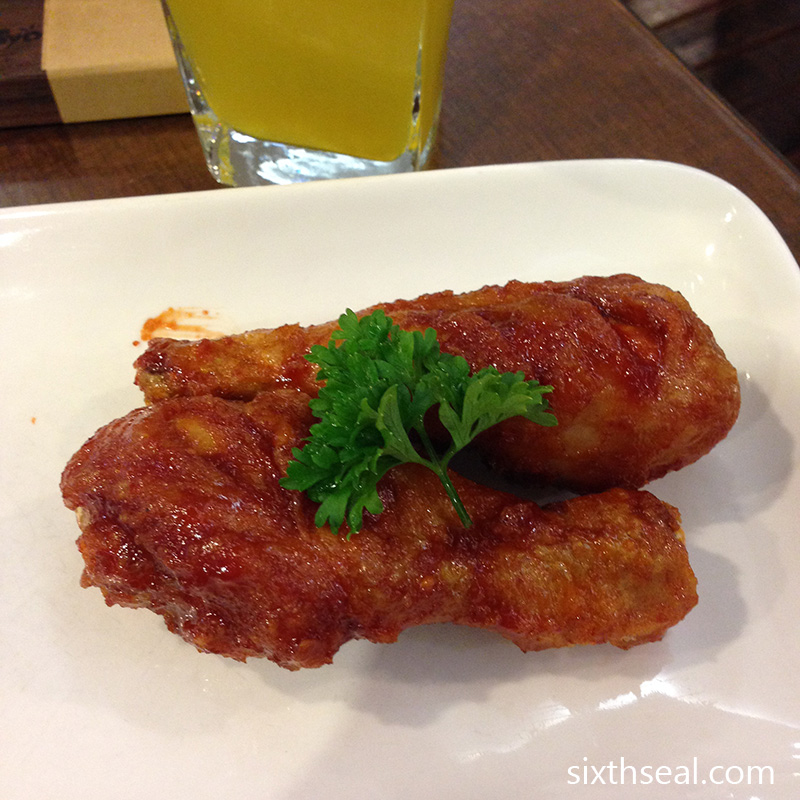 I’ve seen a lot of Korean mukbang hosts eat these drumsticks. They’re real drumsticks from the legs e.g. not the smaller drumlets from the wing. However, they’re a lot smaller than what you’ll expect. I’m not sure why this is the case…maybe they use smaller chickens? One portion isn’t enough for a person, unless you’re a small eater. I actually thought these were full sized drums and planned to eat 3 and take away 1 coz I thought I’ll be full but I ate everything in the end and was less than full. 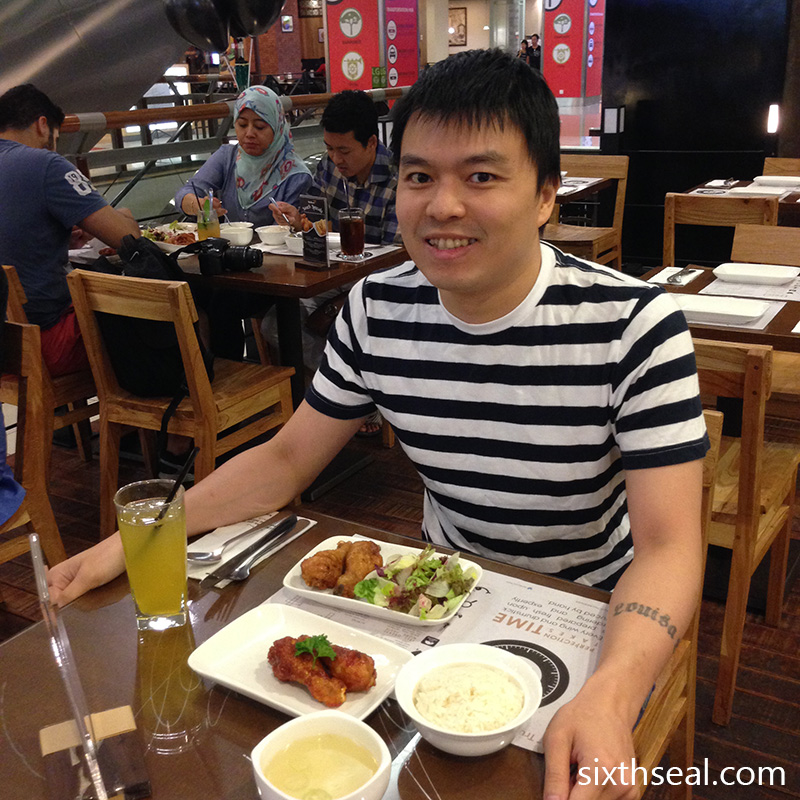 KyoChon is a good option for mall dining. I like how the Red Pepper Series is reasonably spicy and mildly Tabasco hot sauce like sour. It’s my favorite sauce. The rice they serve looks like Korean short grain rice but tastes less sticky, like a hybrid of local and Calrose rice. It’s not as good as the ones we had over the weekend. Honestly, the Korean fried chicken we had at Chicken House in Mont Kiara was a lot better too. However, RM 31.90 for lunch, inclusive of their wonderful beetroot salad dressing and the thirst-quenching Natural Sparkling Yuzu Fruit Tea, is a reasonable price in a shopping complex.