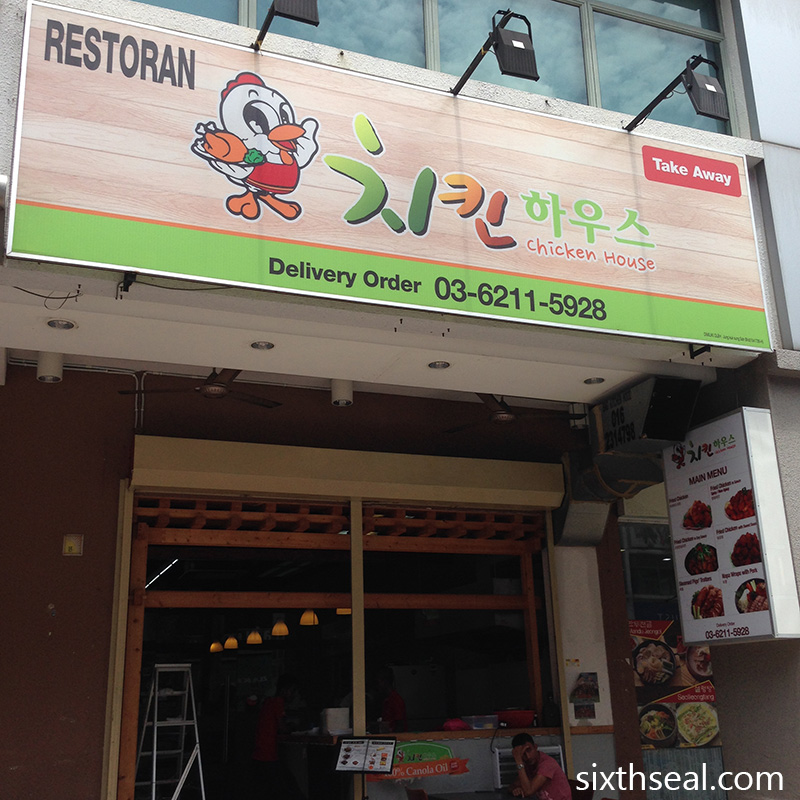 My better half told me she wanted to eat Korean fried chicken today. It seems that her consumption of Korean dramas has resulted in a craving for Korean food. I’ve been watching a lot of mukbang (eating videos) lately and have felt the same longing for Korean chicken so we drove down to Mont Kiara to eat some yangnyeom tongdak. I’ve been to Korea twice (and ate dog meat in Busan) but I seldom yearn for their food. 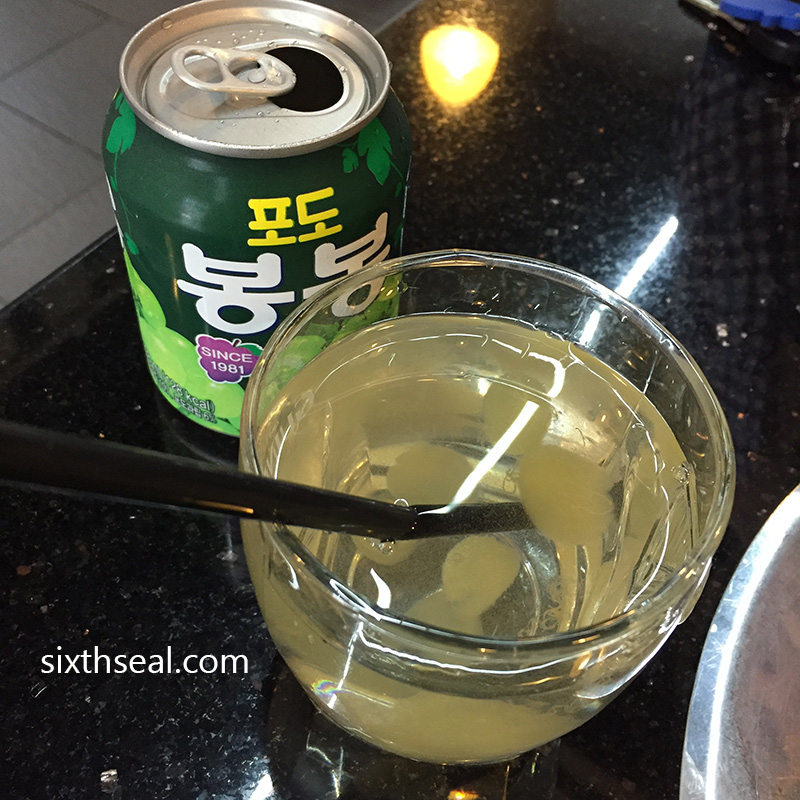 Chicken House is owned and operated by a Korean expat living in Malaysia. The Korean owner greeted us when we went in and took our order. The restaurant does take away and delivery (much like in South Korea) but they have a nice air-conditioned area for dine-in customers too. Chicken House uses whole chickens and you can order 1/2 or whole chicken. 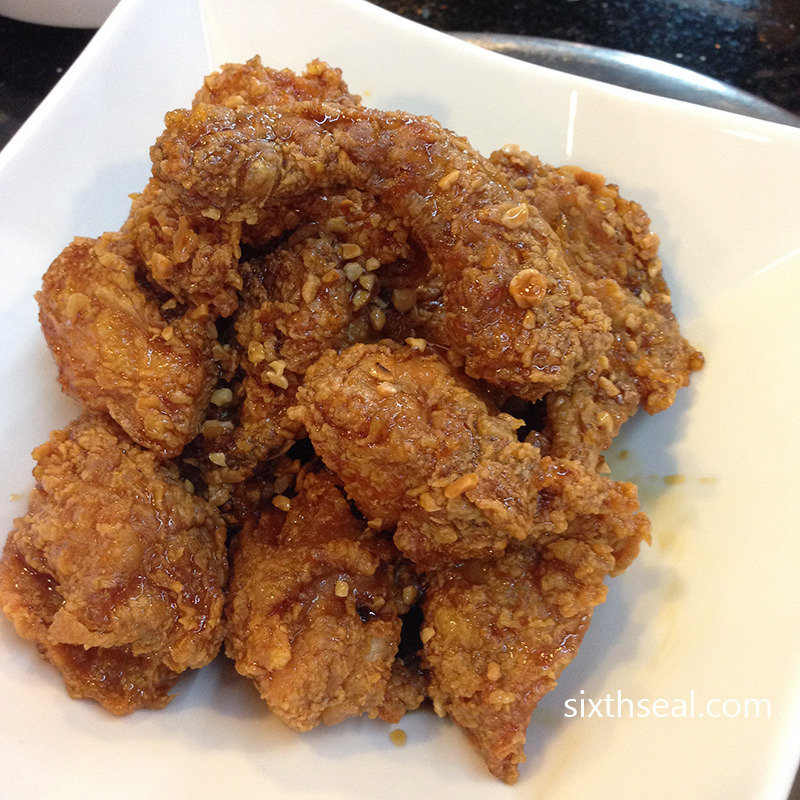 This is their flagship seasoning and the best one we had. It came swimming in soy sauce and garlic and the seasoning is spot on! It’s deliciously umami. My dear said the chicken is fresh and not frozen too – she can tell from the color of the bones. We got a half chicken and it comes with a neck (!) too. The twice fried chicken is really crispy but still tender and juicy in the middle. 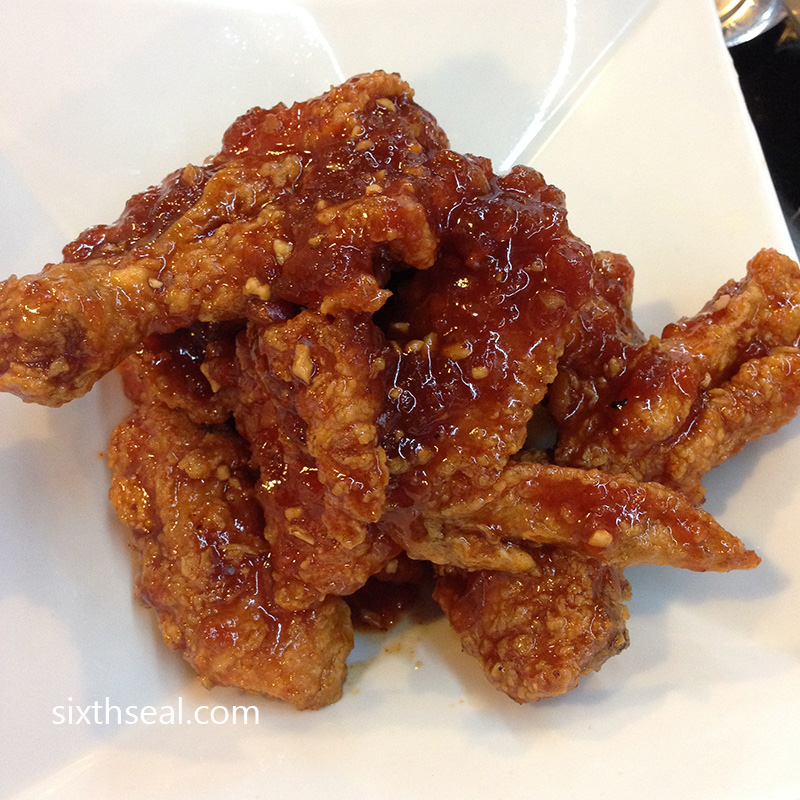 I originally wanted their hot chilli sauce chicken but the owner warned us that it’s very spicy. My better half can’t eat spicy food so I changed it to the sweet chilli sauce instead. The drum is delicious! I like the breast and thigh meat that has been chopped into smaller pieces too. You can eat it by itself but since it was lunchtime, we ordered rice to go with it. 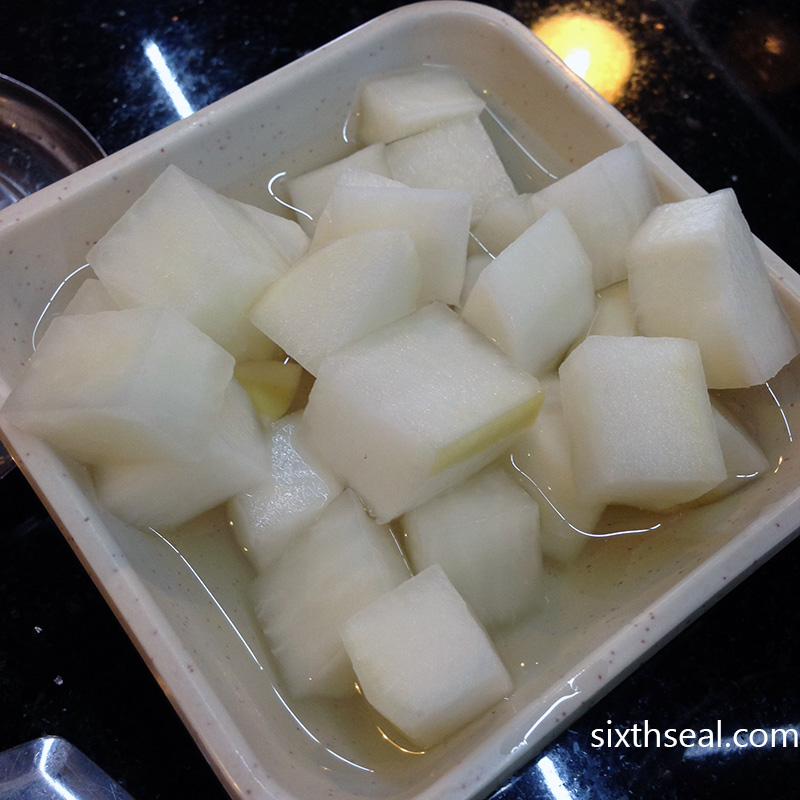 I really enjoyed the pickled radish they serve with the fried chicken too. It’s sour and sweet and reminds me of takuan in Japan. It makes eating the mildly greasy chicken easier since the cold pickles cleanses your palate. I’ve seen mukbang BJs eating this when consuming loads of ramen coz it neutralises heavy flavors. Awesome stuff. 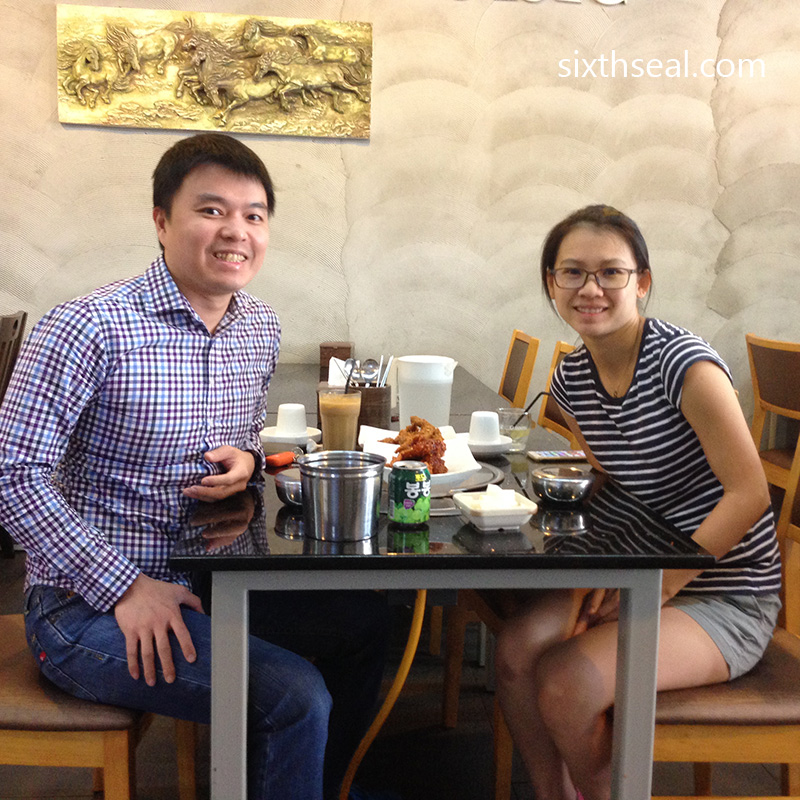 The meal came up to RM 82.95 for the two of us, inclusive of drinks. I had an iced coffee and my dear had the interestingly named Bong Bong (some kind of grape drink with real grapes inside) for RM 7 each. I thought the steamed rice was a little expensive at RM 10 though (RM 5 per pax) but the meal itself was wonderful and the overall price is about the same we’ll pay for breakfast at a cafe. I love the Korean fried chicken at Chicken House, we’ll definitely be back for more dak!