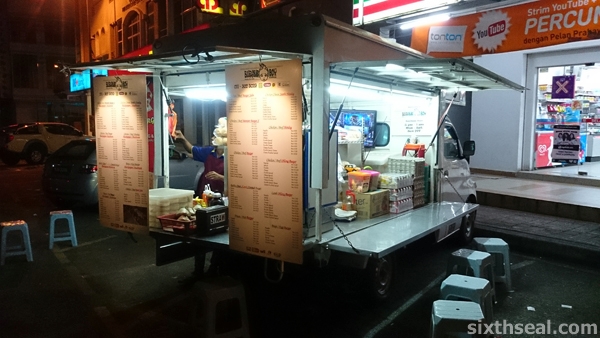 I was driving around Kota Damansara at 12:30 am just now looking for a bite to eat. The usual Ramly burger stand that I go to wasn’t open so I just cruised around the Encorp Strand area to find another and bumped into this one. Burger Boy Corner is a slightly more up-scale version of a Ramly burger stand – it offers a variety of different burgers in addition to the usual suspects. 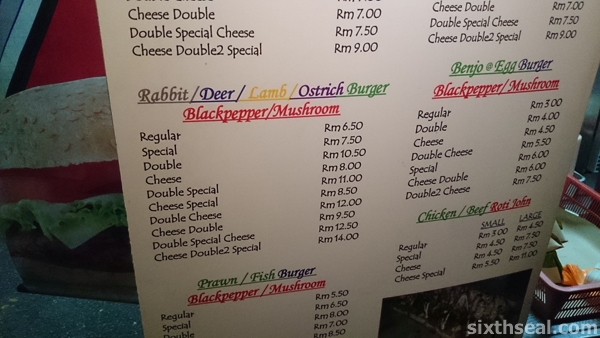 I was particularly intrigued by their sign that advertised Rabbit Burgers, Deer Burgers, Lamb Burgers and Ostrich Burgers! 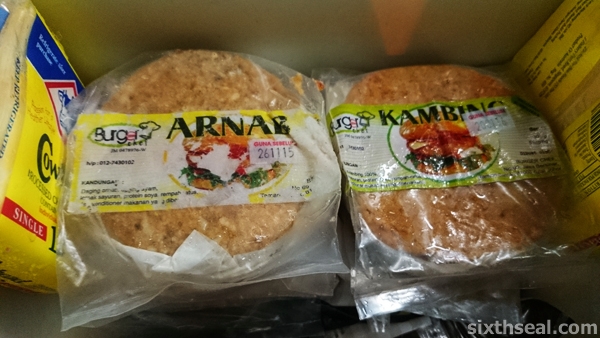 I’ve had lamb and venison burgers plenty of times before so I opted for the rabbit and ostrich burgers. I was curious as to whether they had their own supplier for the meat so I asked to see what the patties looked like and the guy (presumably Burger Boy himself) kindly showed me the cooler. 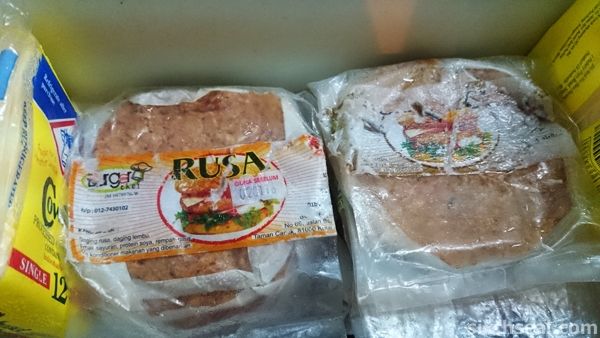 The ostrich burger seems to be the most popular since it’s already open and 3 patties are missing, but the others are all new, including the rabbit burger. I’ve actually had ostrich burgers in Sibu before – this was just before my mom passed. There’s actually an ostrich farm and I went with my mom to buy an ostrich egg (which the owner reluctantly parted with for RM 50 – this was before they were selling them). 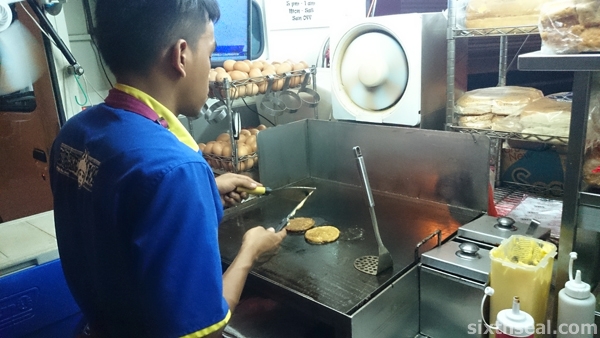 We took it home and I planned to fry it in a HUGE omelet but despite both our efforts with a chopping knife, we couldn’t even crack it! I was sooo careful bringing it home coz I was afraid it’ll smash too. Haha. In the end, we just boiled it and had such a hard time opening it that I ended up using a screwdriver and a hammer. 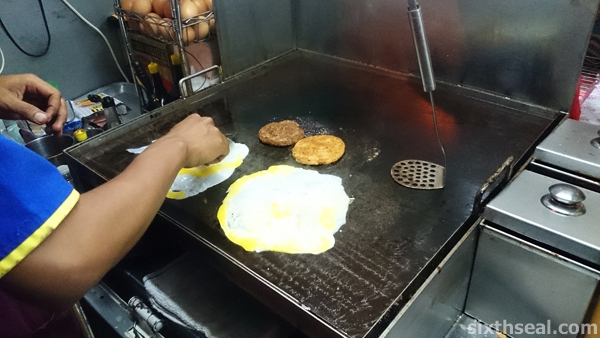 I digress. Anyway, I got both of the orders as Special, which means it comes with an egg and the choice of either black pepper or mushroom sauce (went for the former). I quite liked the ostrich burger (RM 7.50) – the meat is red coz it’s from the leg, it’s dark meat, just like chicken legs are. I’ve always seen people puzzled by the fact that ostrich meat is red due the fact that it’s a bird. 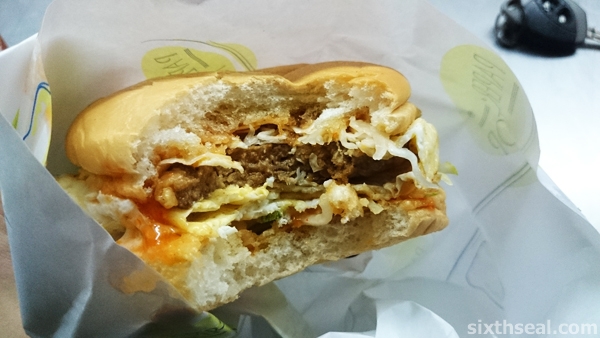 The rabbit burger (RM 7.50) is on the lean side, so I was glad to see he took it off the grill faster than the ostrich burger patty. It was cooked just nice, right before it went dry and although it’s pretty lean for my tastes, it’s not too bad if you like lean meat. I still prefer the ostrich burger though. 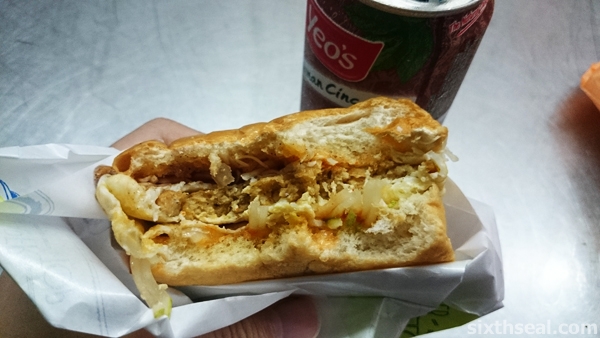 Burger Boy Corner also has jumbo hot dogs for around the same price as the new food truck Amaze K near Encorp Strand Mall. I was surprised to be told that the jumbo sausages are quite expensive so that’s why they need to retail it at those prices. They also sell cold drinks from the fridge and seating is available on one side of the Burger Boy Corner food truck. 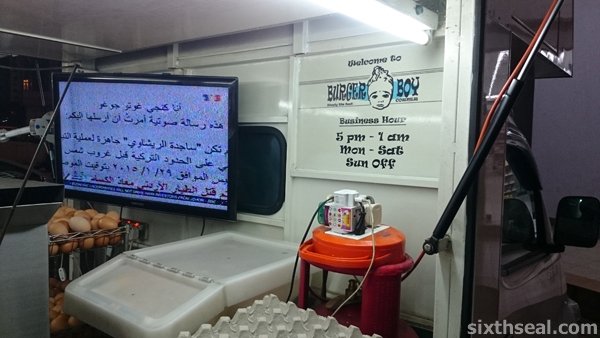 Burger Boy Corner is open till 1 am and usually parked in front of the 7-Eleven beside The Joy of Sharing. 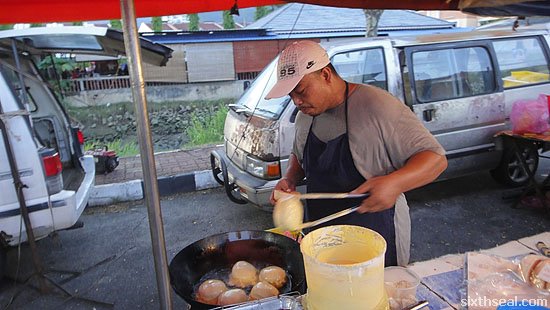 This is one of the most sinfully delicious finds that I’ve had the pleasure of eating recently. I was at the Langkawi pasar malam and chanced upon this deep fried burger stall. 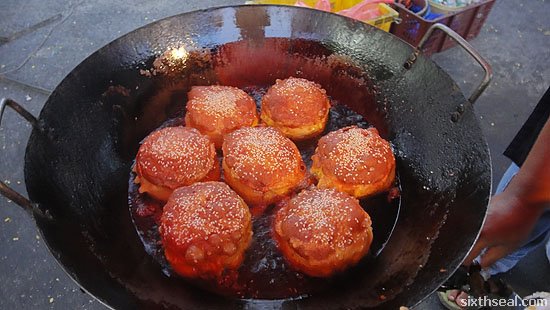 Let me reiterate the awesomeness of that sentence just in case it didn’t quite sink in. 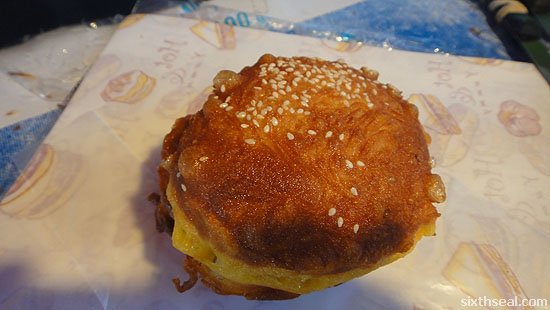 It’s an entire burger that’s been dipped in batter before being deep fried in glorious churning oil until it’s golden brown. 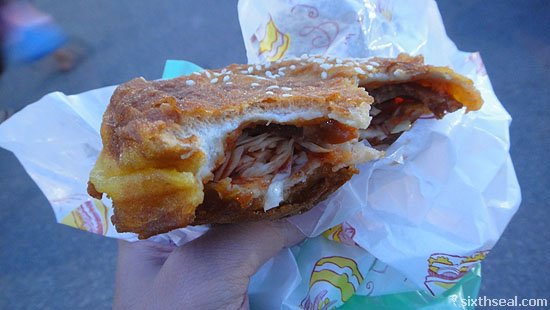 It’s just RM 1.50 but the patties seem to have been sliced in half. 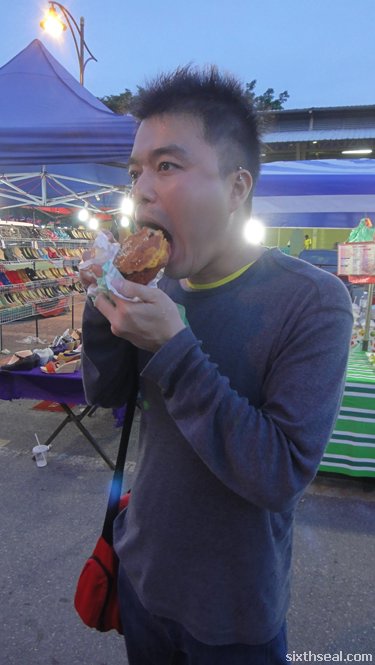 This burger will clog your arteries faster than you can eat it. 🙂 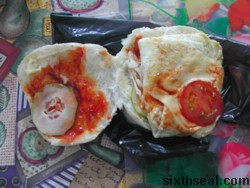 I love the Ramly Burger stalls that makes those homemade burgers.
Well, the patties are obviously not homemade, the burgers just tastes
that way. After eating the usual McDonalds/Burger King in Melbourne,
it’s good to have one of these again. Mmm…it just tastes so homely.
Burger ayam special satu!