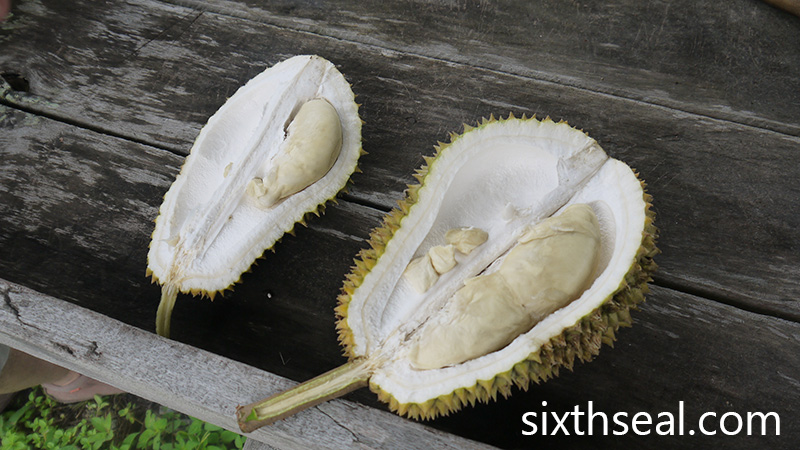 Sarawak (or at least Borneo) is said to be the home of the largest variety of durians in the world. My better half came to visit with the kids and her parents and I drove them to the rural town of Bintangor. 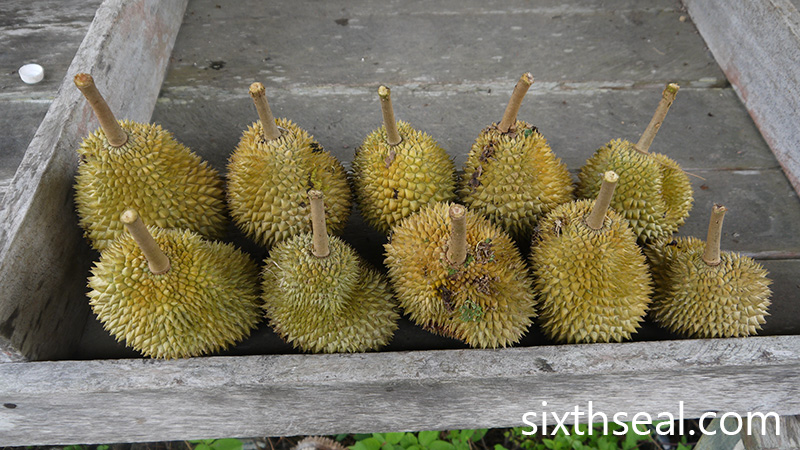 We had just seen durians in the local Sibu market the morning before and I expected a few homegrown stalls to be selling the wonderful fruit. 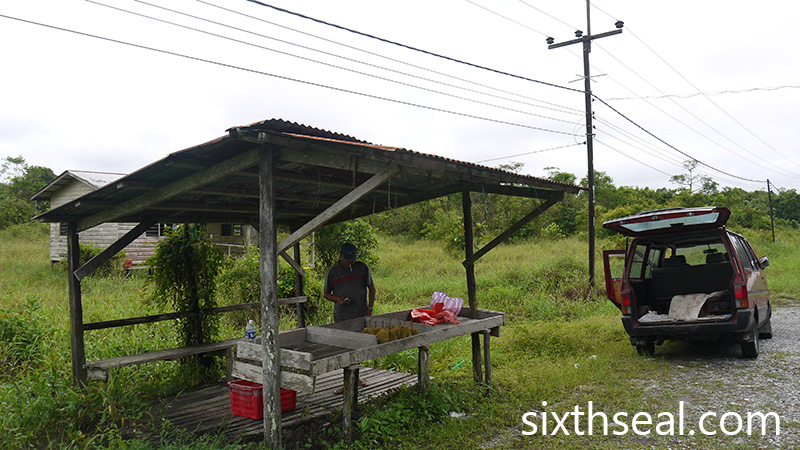 I wasn’t disappointed – one wooden structure on the road leading to Bintangor had a few cars pulled up and browsing the durians on offer. Her dad (who is also a passionate durian lover like me) wanted to see what the local durians were like so we also joined the fray. 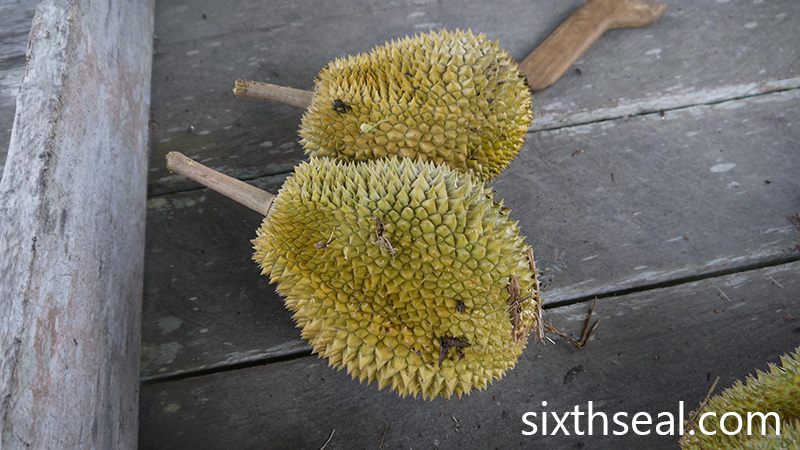 This man was literally selling durians out from his van. He’s local and says the durian trees were grown by his father. He looks to be in his early 40’s so that says a lot about the age of the durian trees – it’s a lot more mature than most of the cultivars you get in Peninsula Malaysia. 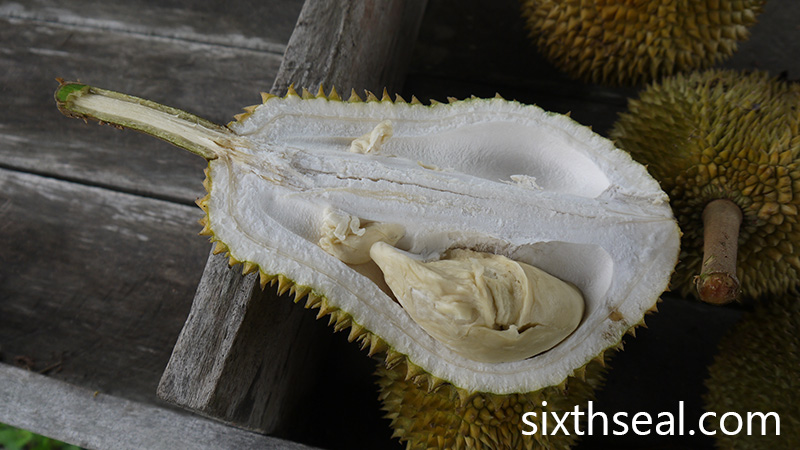 The price was RM 100 for 10 durians or RM 15/durian, which is slightly more expensive than the prices we get in KL. 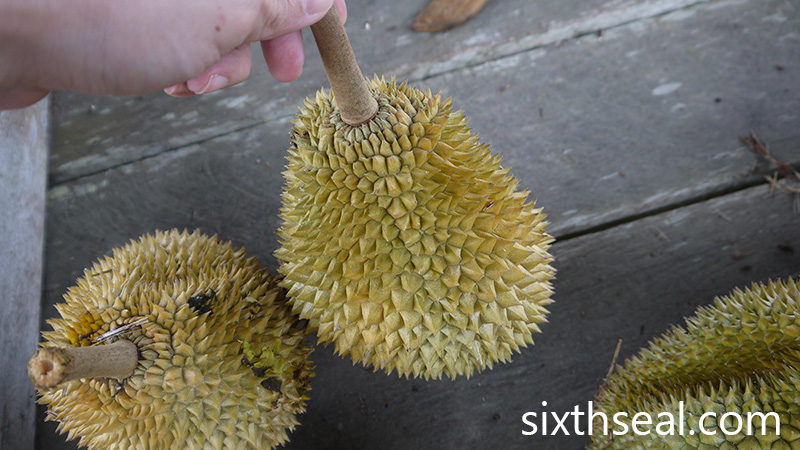 Keep in mind that these are local Borneo durian species instead of special cultivars and no one really knows what the species is but it tastes quite good. The walls of the fruit was thick and the stem is relatively long and slim like a D158/Ganyao durian. It had the characteristic frayed look of a durian that dropped naturally too. 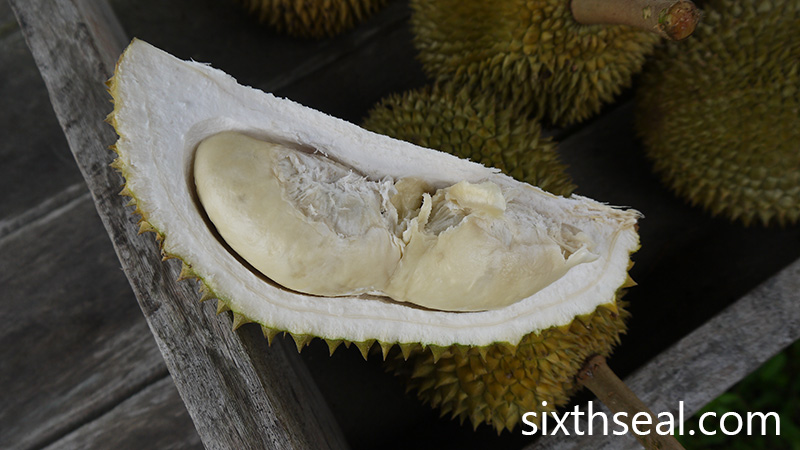 The flesh is creamy and sweet with almost no bitter notes. Significantly, the odor wasn’t very strong too, but that didn’t affect the taste much. The small fruits bore about 7-8 seeds which we all shared. My dear loved the durian coz it didn’t have much fiber, unlike some cultivars like D2 durian. 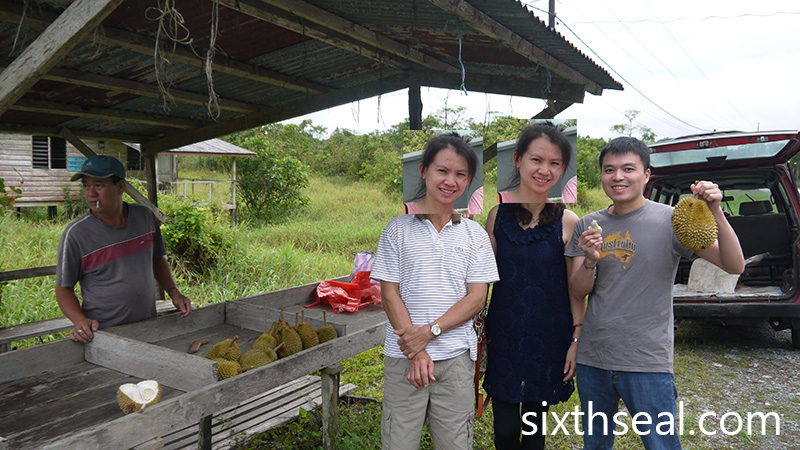 My better half took this photo of us – she didn’t want her parents to appear on the blog so she asked me to put in her head instead. Haha. I forgot to take a photo with her inside coz my hands were dirty. 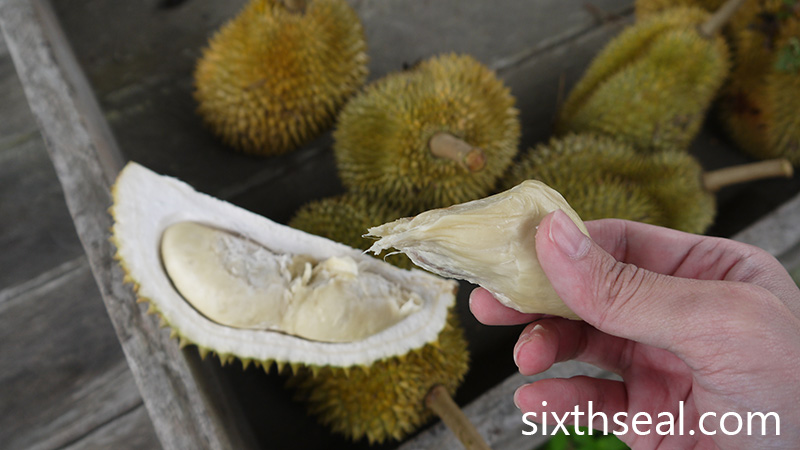 It turns out that this was the *only* durian stall around so it’s a good thing we managed to try some during the bridge season. I’ll be back!