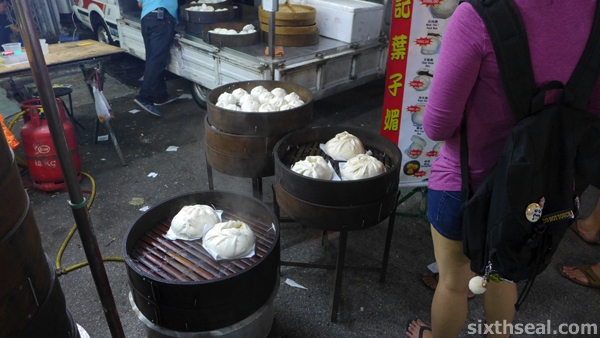 Yap Chee May is a huge adult film star in Hong Kong back when I was a kid. She’s famous for her big boobs and this absurdly huge bun is named after her. Ong Kee Yap Chee May Big Bun is made in Taman Connaught, Cheras and pays tribute to the Category III Hong Kong star. 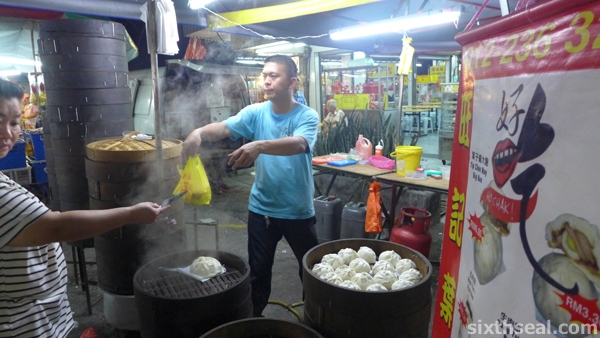 It’s a pau (Chinese meat filled bun) that’s supposed to be the size of the DDD breasts of Yip Chee May. At least, that’s the marketing spiel, I don’t know anyone who actually went up to measure her assets to make sure this conforms to the exact dimensions but it’s ginormous! 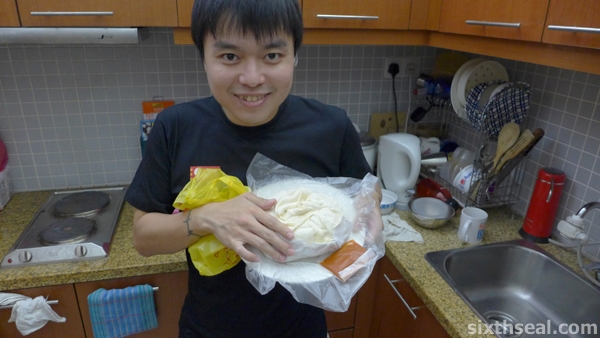 I found this at the local pasar malam and it’s a dinner plate sized egg and chicken filled bun that’s actually really yummy! There’s a lot of prime meat inside but one downside is that it also has the chicken bones attached so you have to eat it carefully. 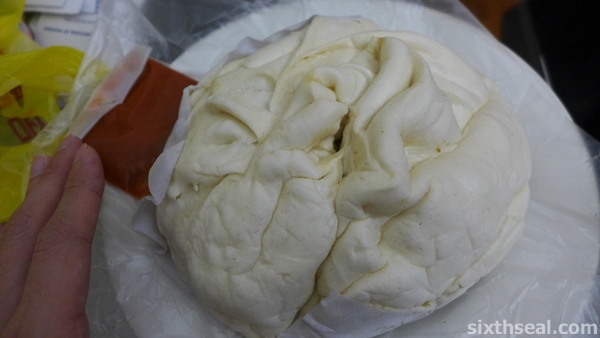 This RM 6 big bao is so huge it’s a meal unto itself! 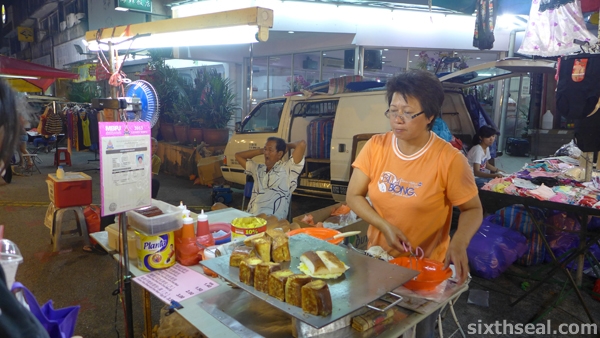 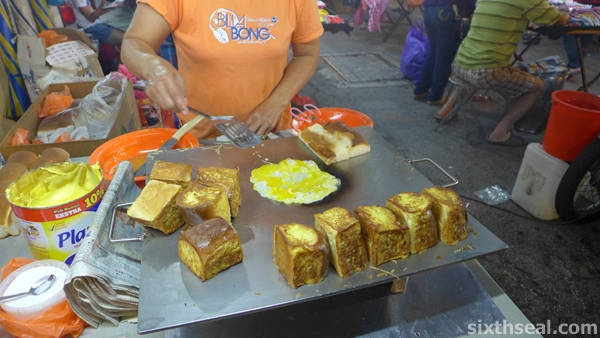 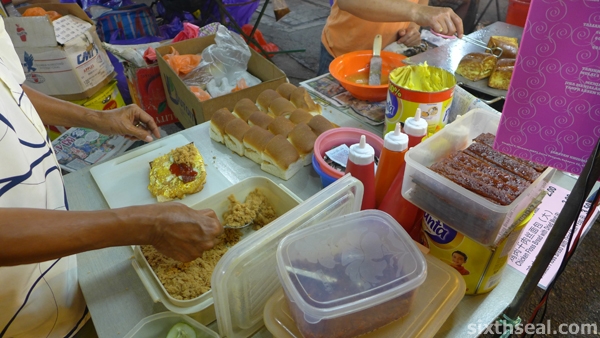 …it turns out that it’s cooked on the same flat top surface before ba kua, cucumber slices and chicken floss is layered onto it. 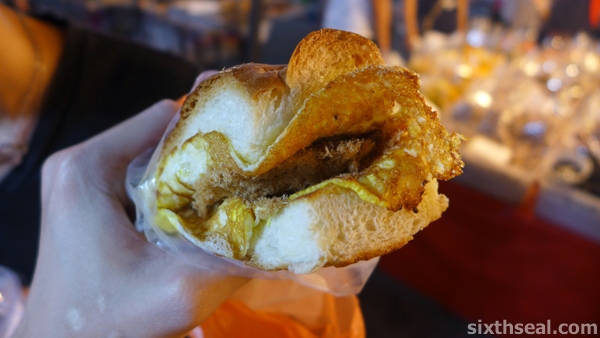 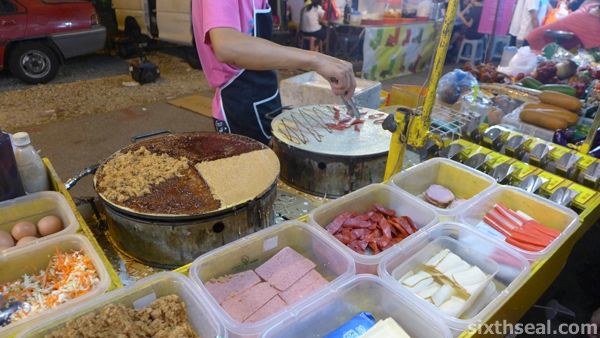 You can choose everything from Taiwan sausage, slices of luncheon meat, pork floss etc from an array in front of you for a customized crispy pancake that you can eat while walking. 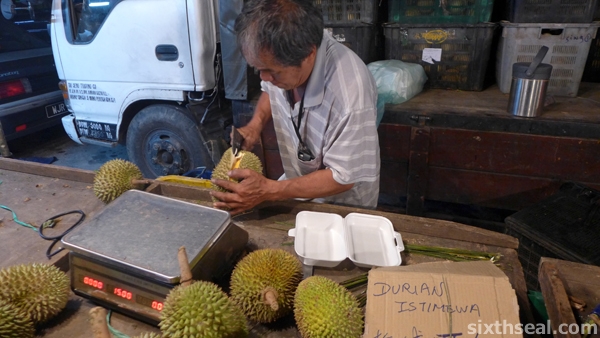 It’s durian season again! Ling hasn’t tried the Golden Swallow durian that I like so much so I got one for her to try. 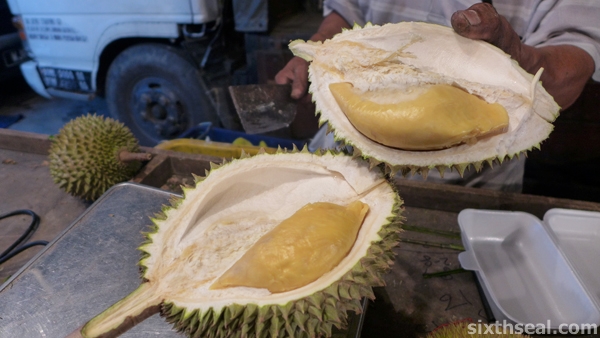 It’s RM 18/kg which is a bit steep and the durian I chose cost RM 30 for the beautiful single-seed-per-segment fruit. I can only find this from independent sellers at night markets and not from the durian buffet chains. 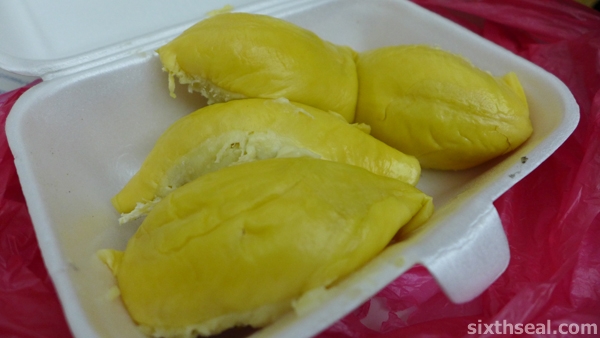 It tastes sweet and creamy – we shared one seed when it was opened and bought the rest back. There’s only a few but it’s a quality over quantity thing – if you want cheap durians with a lot of seeds and flesh, D24 is the way to go. 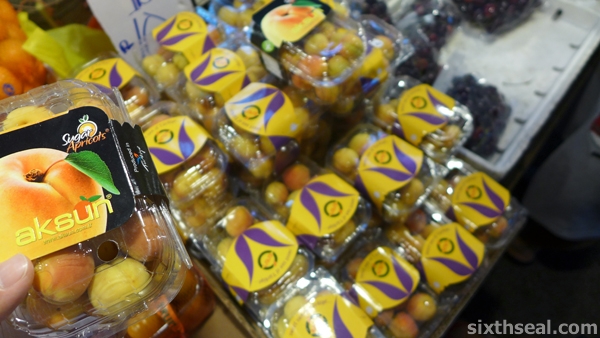 It was a good trip where we got RM 10 apricots (the same ones sell for RM 12.99 at supermarkets) but the best bit was still the Yip Chee May big bun. 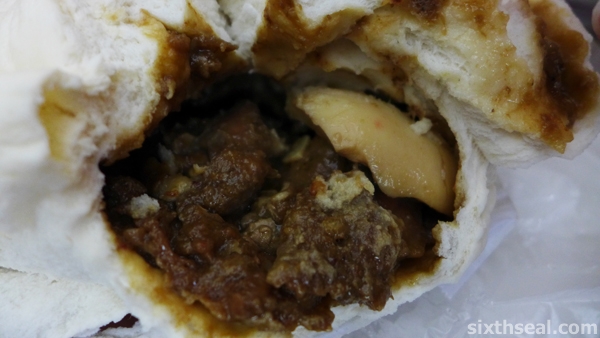 It comes with a small sachet of chilli sauce too! The second largest pau I’ve ever seen – Sin Kwang Foochow Big Pau looks like a airplane landing strip compared to it. 😉 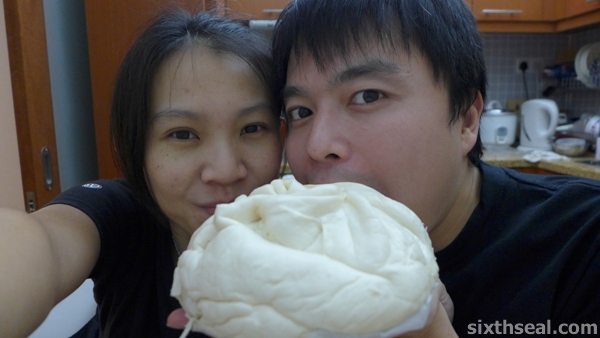 It’s delicious and can be more than a handful for someone to finish in one sitting.