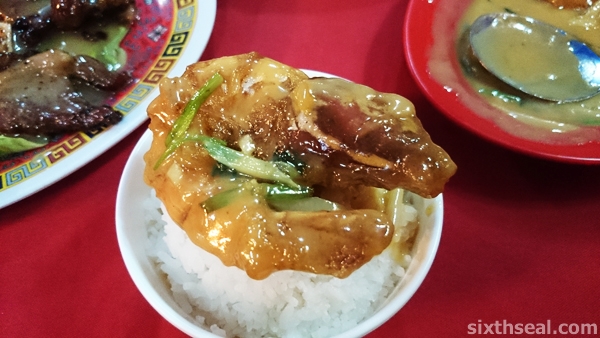 I haven’t been to Ruby Restaurant in quite a long time. My dad and I wanted to go on Wednesday but that was their off day so we had to go somewhere else instead. However, I was quite determined to head over since I’ve enjoyed their food a lot and so I went with my dad again and found them open. 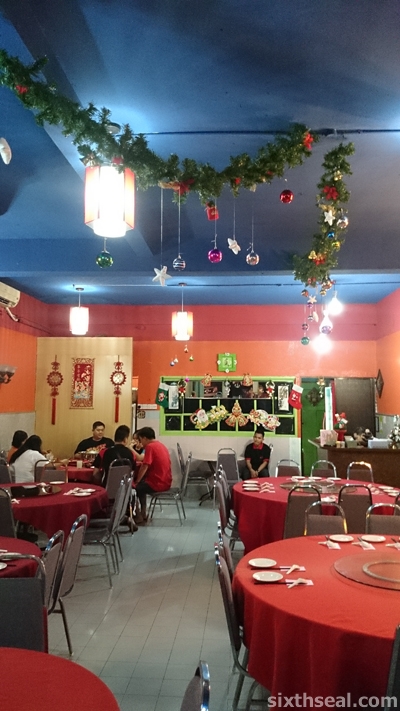 The place is much as I remembered, with a warm inviting interior and their small neon sign outside (the large signboard seems to have been taken down). The Christmas decorations are up though! 🙂 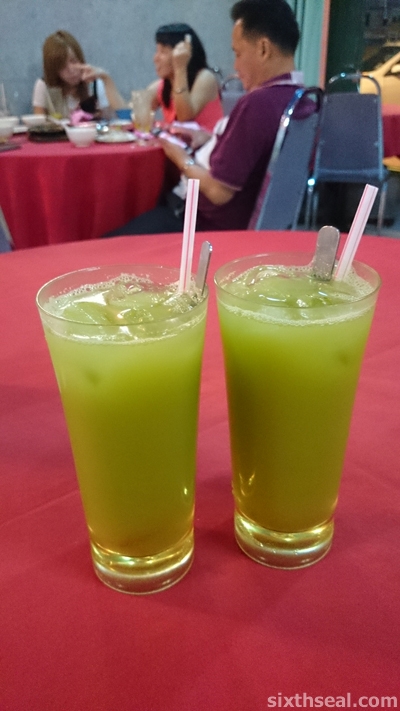 We both ordered kedondong juice. Kedondong is a tropical fruit also known as ambarella (Spondias dulcis) and it’s makes for a tart and acidic drink. 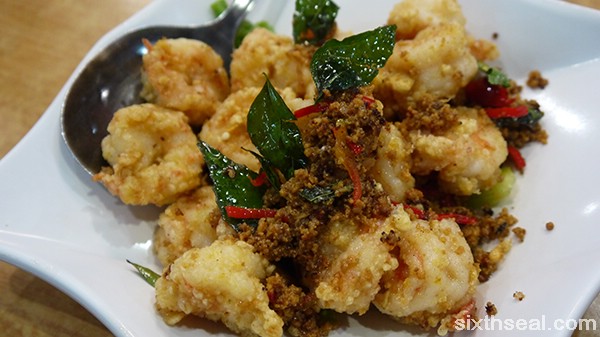 I wanted to have their creamy butter prawns and the owner told me they have the large prawns that I like so I jumped at the chance to have that. This seems to be big white prawns instead of big head prawns but delicious regardless – the prawns are so crunchy you can eat them, shells and all but still soft and moist inside. I love their butter sauce – it’s so rich and appetizing. 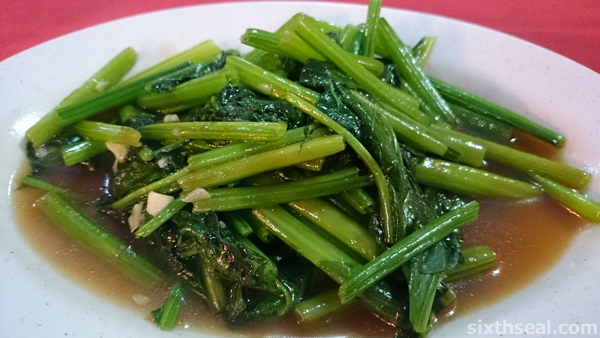 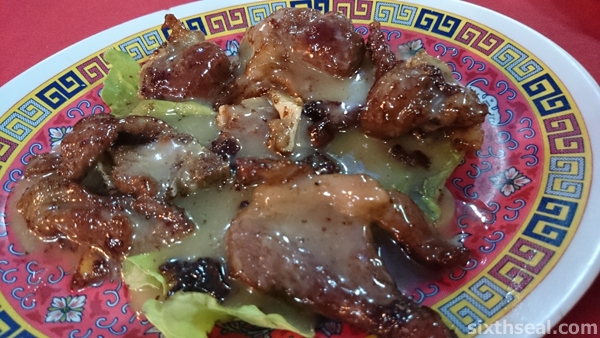 The other dish we had was recommended by the owner when I asked for something new. She suggested sour mayonnaise lamb. I asked her what the acidic component is and she *pretended* not to hear me twice before smiling and said it’s a trade secret. That definitely sounded promising and even my dad loved this – the addition of citrus or vinegar brightens up this otherwise cloying dish and the lamb isn’t overtly gamey too. 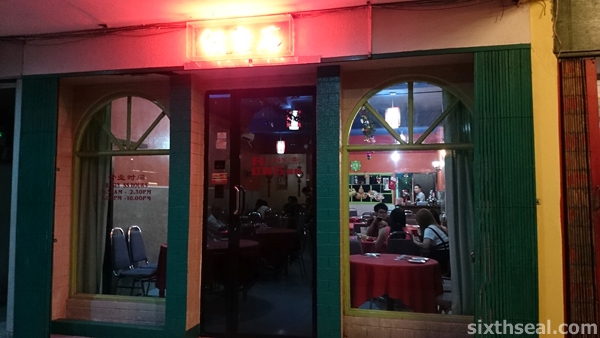 The bill was quite reasonable – the prawn dish *alone* came up to RM 40 due to the two large prawns but the lamb and vegetables are surprisingly affordable. The two of us polished off everything in sight! 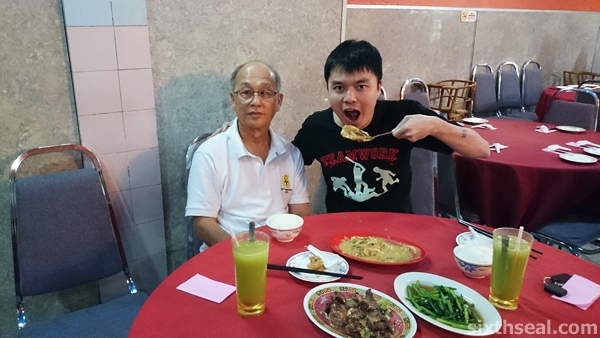 My dad mentioned that everything they served tasted delicious and I have to agree. We had just come from a terrible dinner the night before and it’s nice to revisit an old favorite like Ruby Restaurant again. 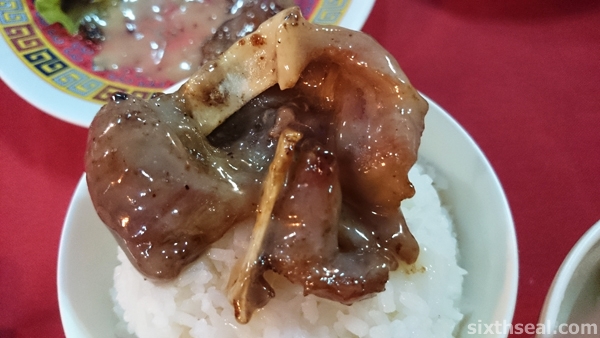 It’s even better when you find that the standards have increased and not dropped – Ruby Restaurant is truly a gem!