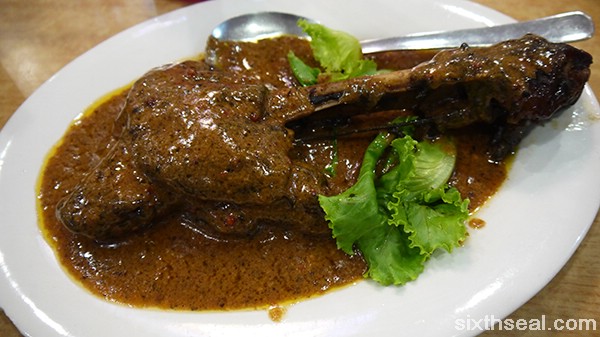 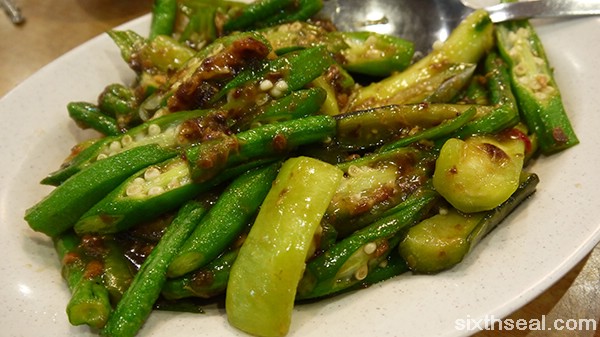 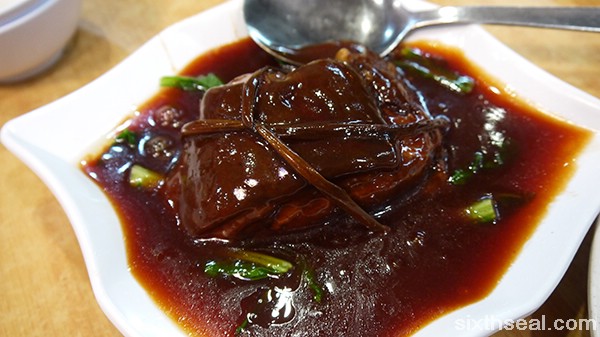 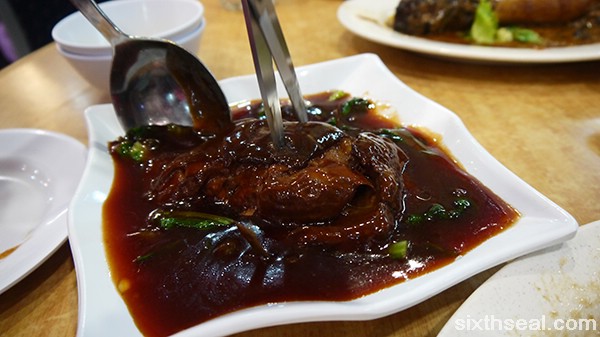 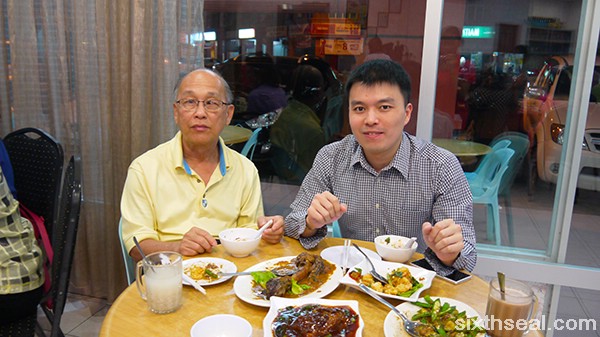 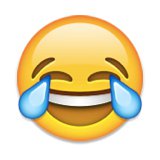 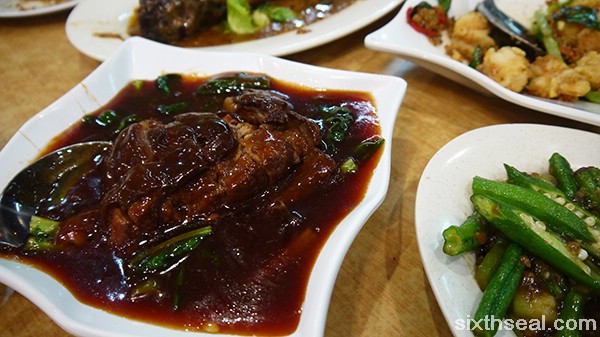 17th of June is Father’s Day for most of the world with some notable exceptions, namely Australia and New Zealand. I guess that’s why my sister was a bit puzzled when I told her that we’re heading out during her usual Skype session with my parents. 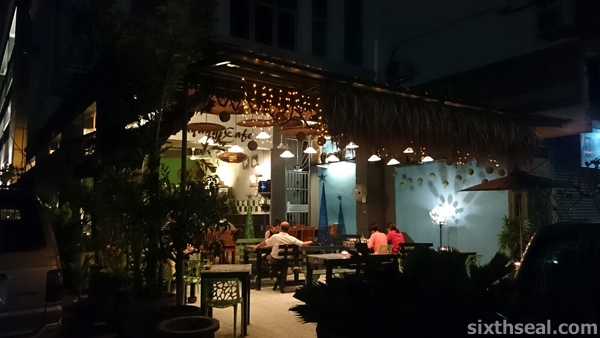 I asked my dad where he wanted to go, giving him a couple of suggestions like Tom’s Too. Arthur, being the resident food expert also contributed to the list. My dad wanted to go to an al fresco dining area where people doesn’t smoke and he hasn’t been to Payung Cafe yet so I brought him and my mom there. 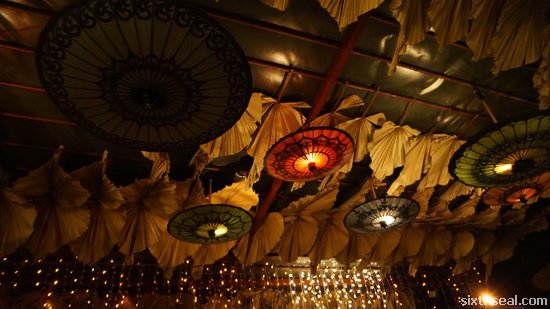 Payung Cafe is one of the little known eateries in Sibu – the owners are friendly and the ambiance is great, with little touches like freshly cut flowers on the table and off-the-menu specials written on a chalkboard every single day. 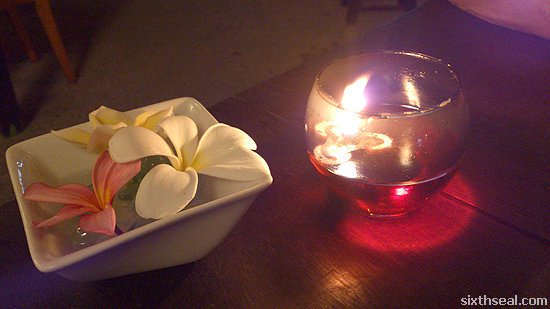 It doesn’t have a large menu but they have an admirable aim of having cuisine from all over the world, with a focus on Asian countries. 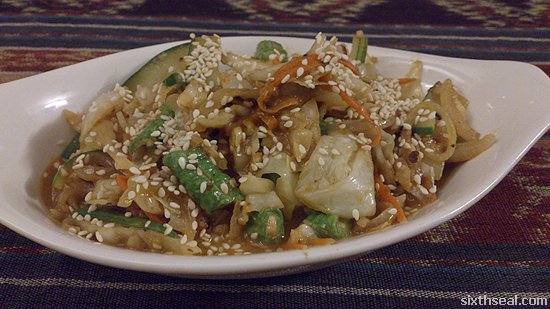 Myanmar Sayur (RM 8)
Sayur means vegetable and this dish is a kind of salad that contains an assortment of raw and cooked vegetables mixed together rojak style. The sprinkling of sesame seeds and the raw vegetables provides a nice texture that goes very well with the gravy. 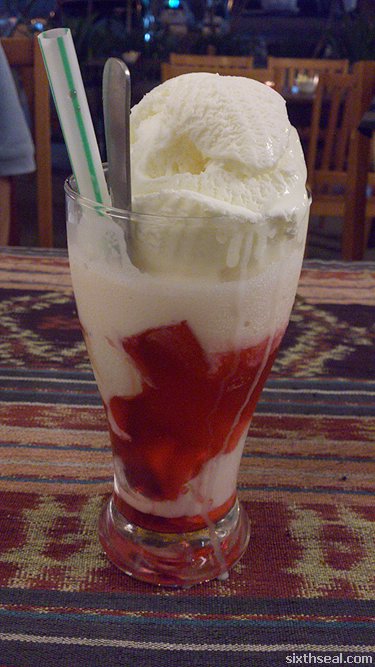 Jelly Pisang (RM 7)
Jelly Pisang is a dessert that used to be very popular in Sibu back in the days. It went the way of dinosaurs when I was born and to the best of my knowledge this is only one of two places that still serves it in Sibu. The other one is at a hotel (see link). Payung Cafe’s interpretation comes with loads of jelly and thinly sliced bananas. 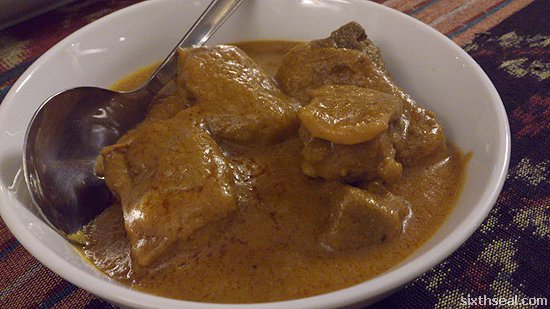 Lamb Masala (RM 17)
It doesn’t look like much but this one was the first dish to go – the lamb is flavorful and tender with none of the gamey taste usually associated with this particular animal. It was a hit with both my mom and dad. The portion is a bit small and I only had one piece but other than that it’s highly recommended. 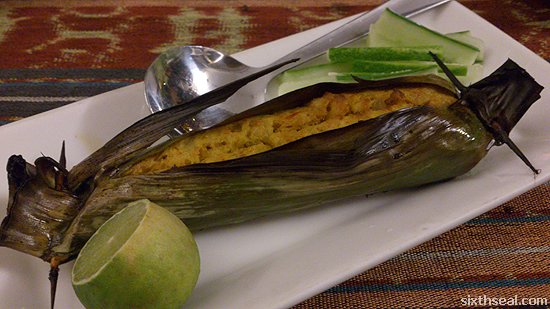 Otak-otak Fish with Rice (RM 13)
This is the most popular dish in Payung Cafe, bar none. It’s one of their signature menu items and it’s hand made otak-otak! One of the proprietors actually does this each evening and it’s fresh and very different from the usual mass produced otak-otak. People with a sensitive palate beware! This is not for the faint-hearted for it’s quite spicy. 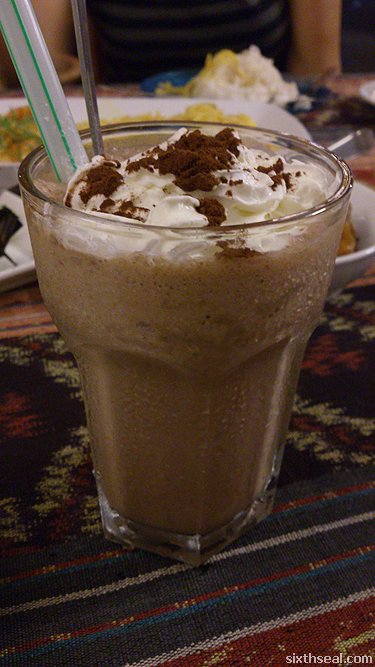 Turkish Milkshake (RM 8)
It came highly recommended from the proprietor and I have to agree – it’s quite good. It’s one of the specials on the chalkboard so this is a limited time menu item. What is a Turkish milkshake? Well, it’s based on the drink called Salep in Turkey. It has ground dried tubers of the orchid flower (!) with spices topped with cream and chocolate flakes. The owners travel around to add new stuff to the menu. 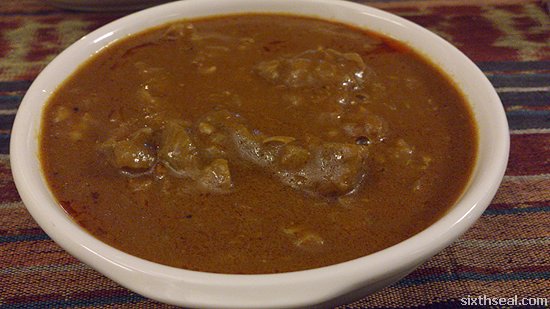 Indian Red Beef (RM 17)
This is a rather spicy affair which was the special of the day. It was quite spicy and I ended up eating most of it. I didn’t like it as much as the lamb masala. 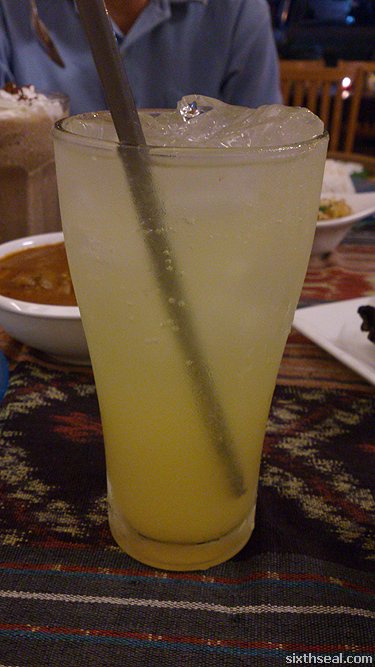 Pineapple Ginger Soda (RM 5)
I wanted the Durian Milkshake I had last time I was here but they ran out of durians (it’s not the season anyway). I asked for a recommendation and got this one – it’s apparently one of the most popular drinks and the combination of pineapple and ginger works surprisingly well. I like the sediments at the bottom, which contains a bit of both ingredients. Lovely. 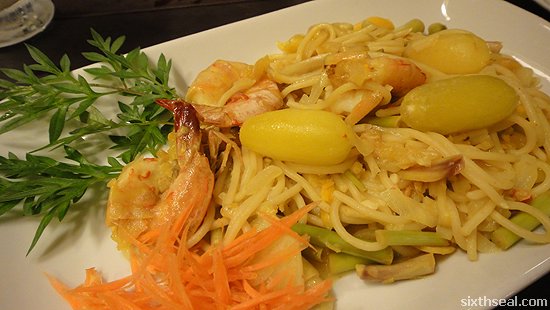 Belimbing Prawn with Spaghetti (RM 16)
I also had this dish last time and was quite enthralled by it. Belimbing is starfruit (or carambola) in English and it’s a fusion dish that works very well. The type of starfruit they use is known locally as belimbing asam and it’s a very sour variant of the fruit used in cooking. It’s served with prawns and I wanted everyone to try this. It’s a very different dish that works very well. 😀

The total bill came out to RM 99 which is very reasonable for a dinner for three that had us struggling to finish the dishes. 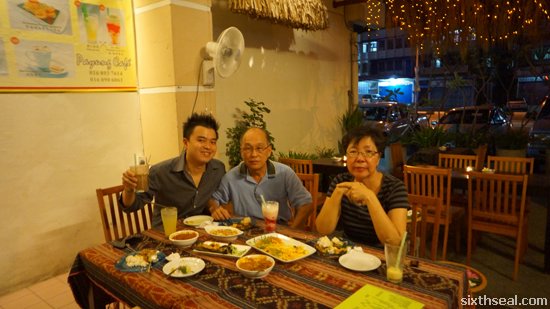 However, the best Father’s Day present that I gave my dad (and mom) happened to be a totally random act while I was talking to them the night I came back in the living room. I was showing how swipe typing works on my Android phone and my dad casually asked what app I was using. I didn’t know he’s unfamiliar with Whatsapp since my parents are pretty IT savvy, navigating the maze of social media pretty well. 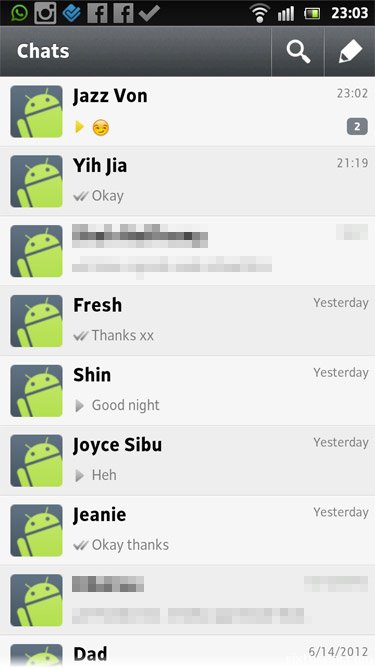 Anyway, I found out that my sister is on it (coz she was on Skype with my parents at the time) and I gifted the app to my dad’s cell using my iTunes account. I added myself and my sister to the contacts list and showed my parents how to use it. They didn’t know there’s an option for free texting (although they use Viber) with quick photo, video and audio file sharing. 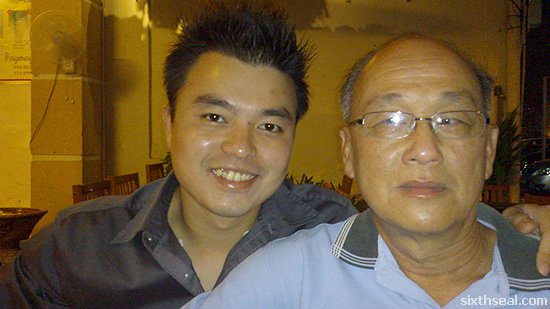 The look on my mom’s face when my sister snapped a photo of my newborn nephew and instantly sent it over followed by the smiles on my parents faces was worth the USD 0.99 I used to gift the app a gazillion times over. 🙂